And by that I mean, don't ignore the local parks if you're considering birding somewhere.  Lately I've been limiting myself to Sacramento County and I've already discovered more interesting places (and birds) are out there if I'm just willing to explore.

Keeping with the local patch theme that I've been on this year, here are a few sightings from the last week and all within Sacramento County.  First up is a DOUBLE-CRESTED CORMORANT at Mather Lake: 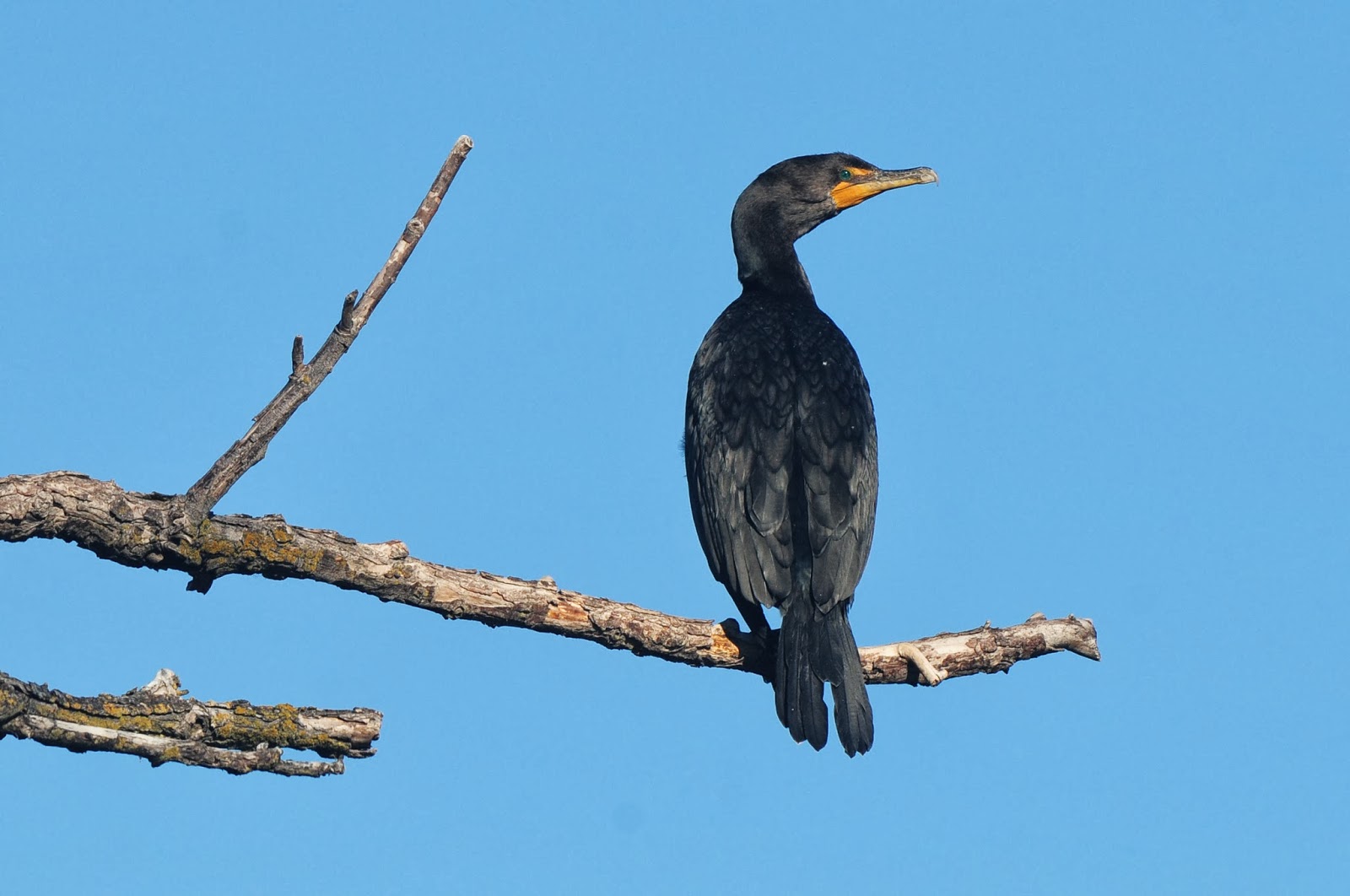 One of the main discoveries I've made this week is William Land Park.  Yes, it's a city park not even 15 minutes from here and yes, I know other people have birded it but I was blissfully ignorant of its existence until some recent reports came in of a WESTERN TANAGER.  They are common migrants here but winter records are quite hard to come by.  And considering I've been trying to stay atop of Sac sightings this year, I figured I'd check this place out.  Five minutes out of the car and... 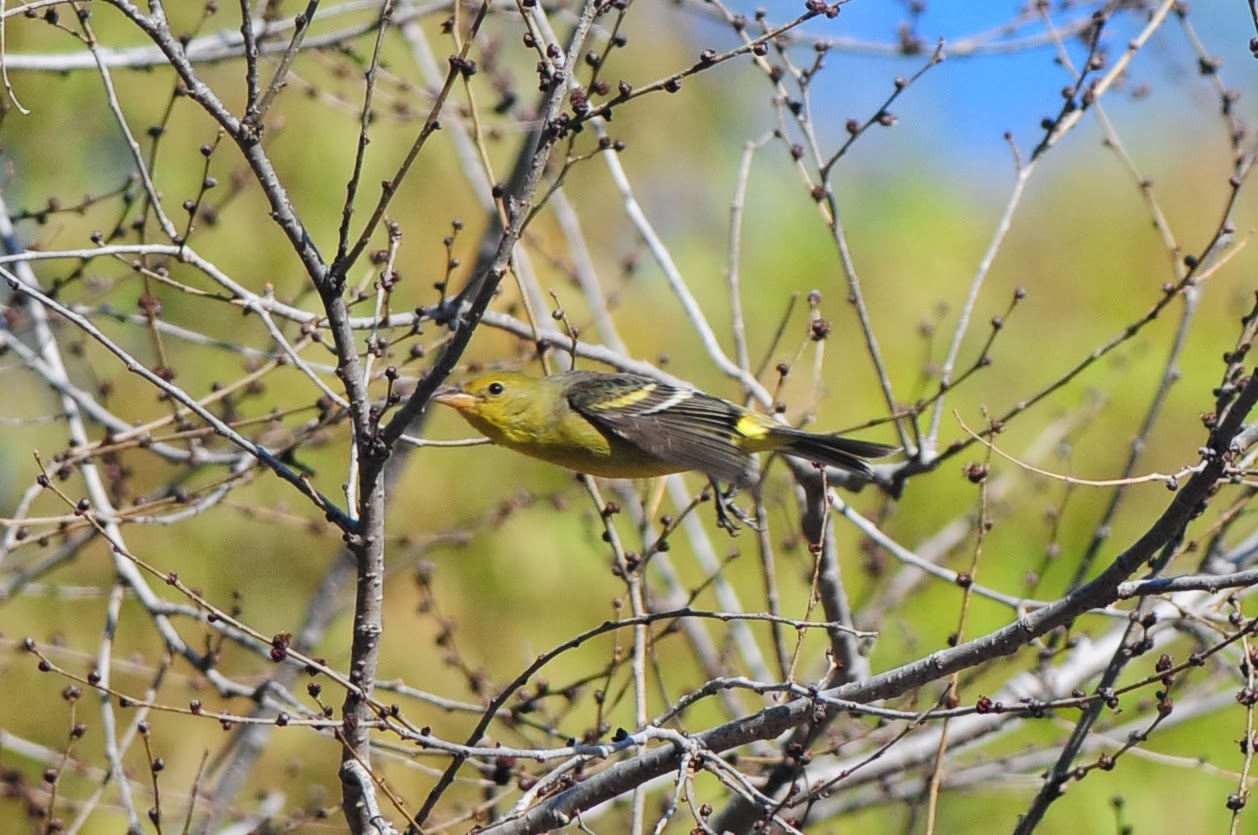 Adding a slightly new flavor to the usual local-park-recipe were these HOODED MERGANSERS that were hanging out on a small pond (yes, complete with fountain): 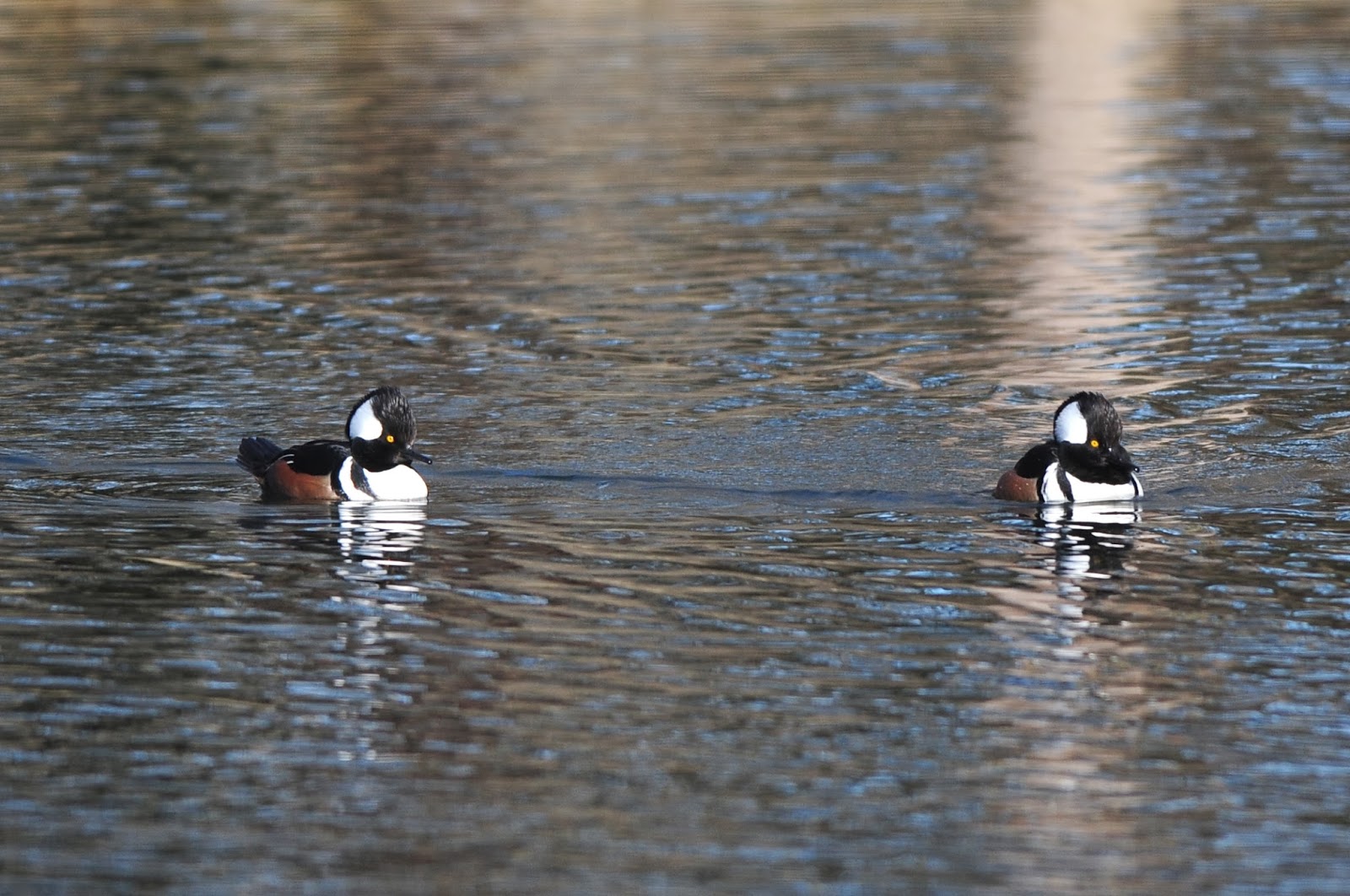 I also found a couple of VARIED THRUSHES at the park (which is known to be a reliable spot for them; lucky me).  Although they're not rare winter residents here, they're still somewhat local: 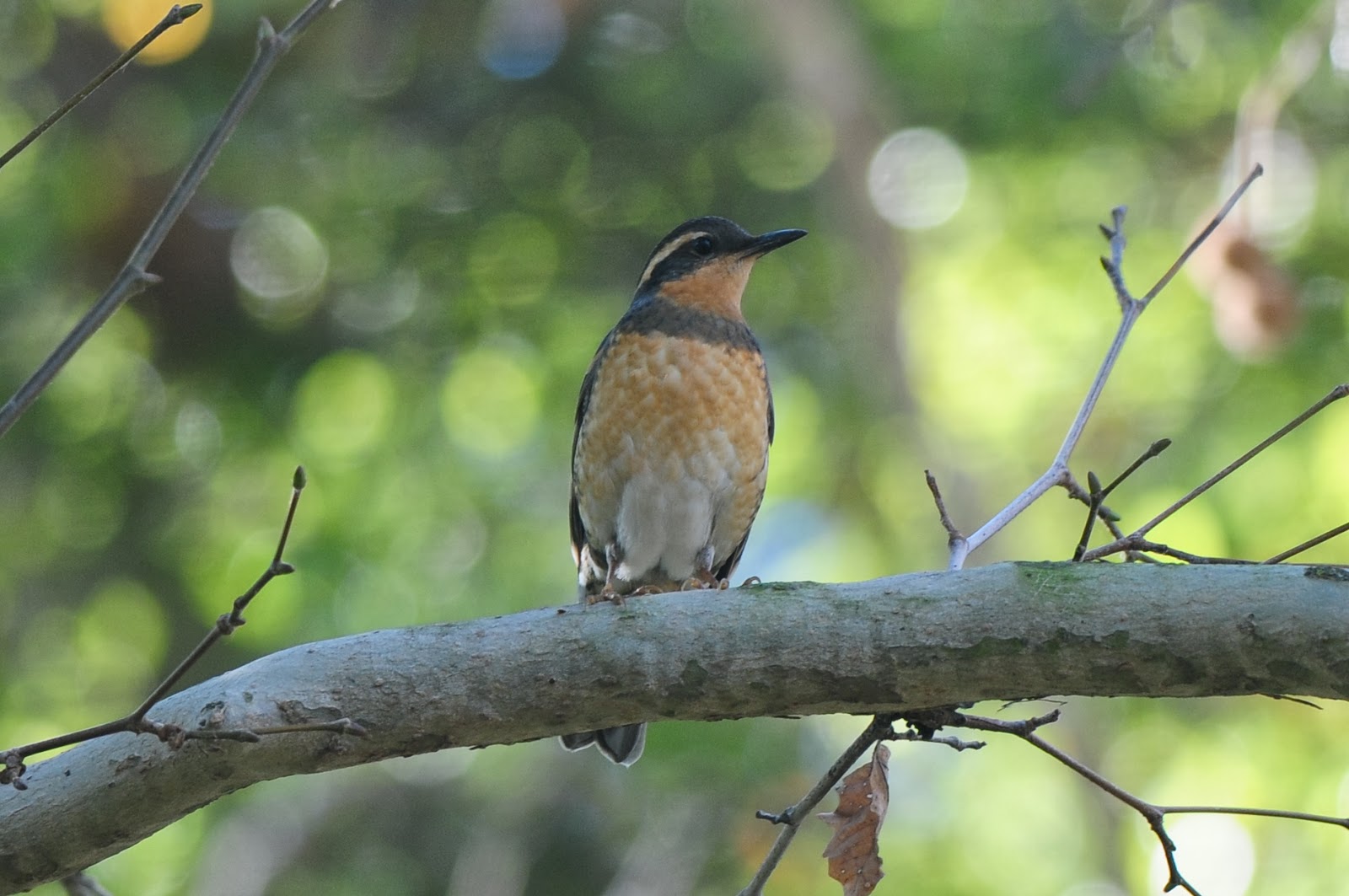 All in all, I was happy to find a new local patch.  You can see the checklist from that first day here.  It's actually a relatively big park as you can see here outlined in blue:

Anyway, remember Camden Park?  The local patch I've been birding at once in a while this winter?  A recent trip there yielded about 50 species including this SNOWY EGRET: 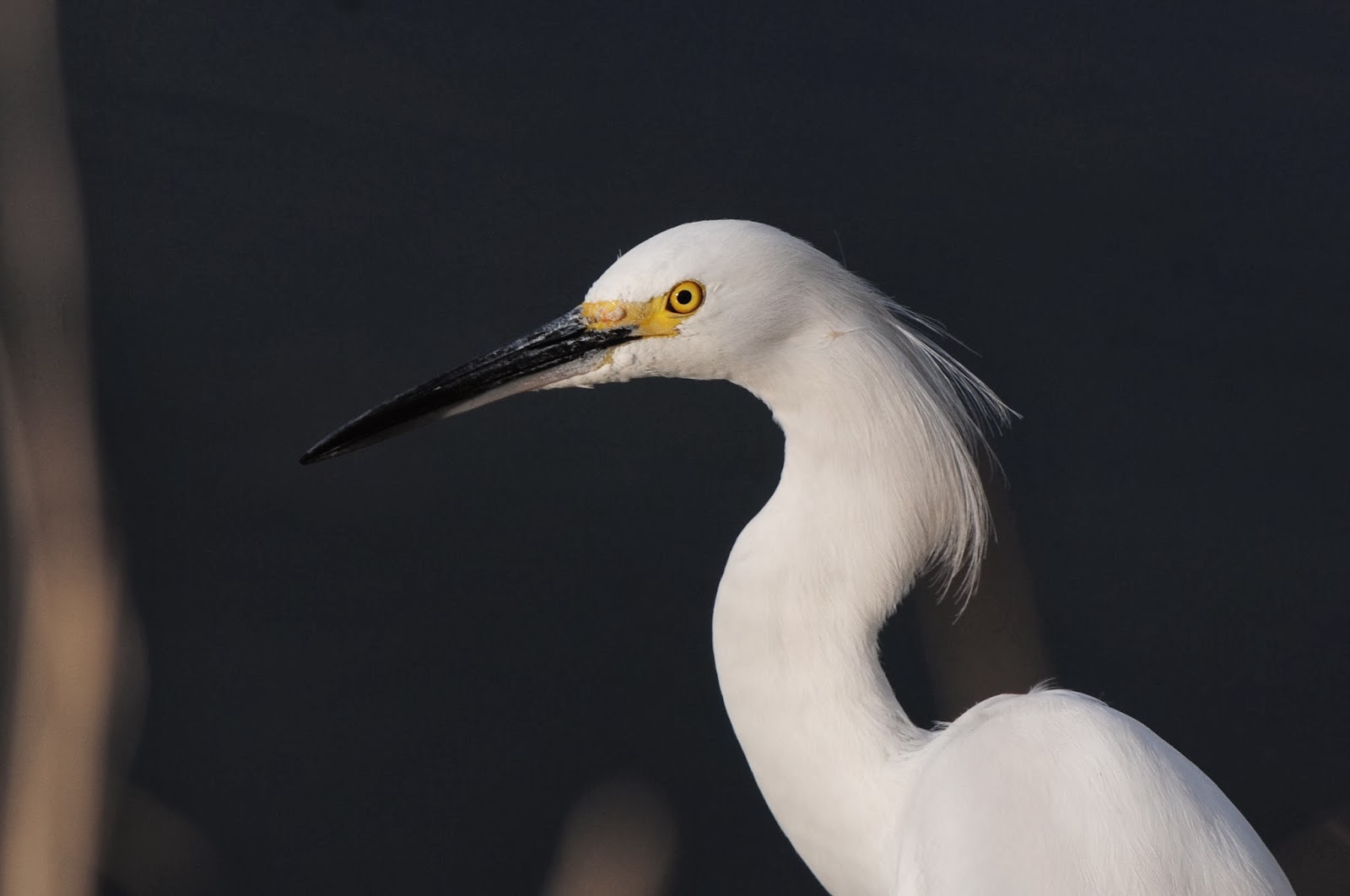 ... and you can see that checklist here

Yesterday I birded with a vagrant gypsy/former coworker, who I now call Jubo.  Our first stop was William Land Park to see if we could find some uncommon warblers or Varied Thrushes.  In the end we did manage to stir up one BLACK-THROATED GRAY WARBLER but no Western Tanagers.  One pseudo-stunning discovery was a flock of ~15 VARIED THRUSHES on the ground together... at once.  Neither of us had seen this many VATHs at one time in our lives.  Weird.

We looked up and spotted this NORTHERN FLICKER, complete with red nape crescent and [mostly] yellow shafts: 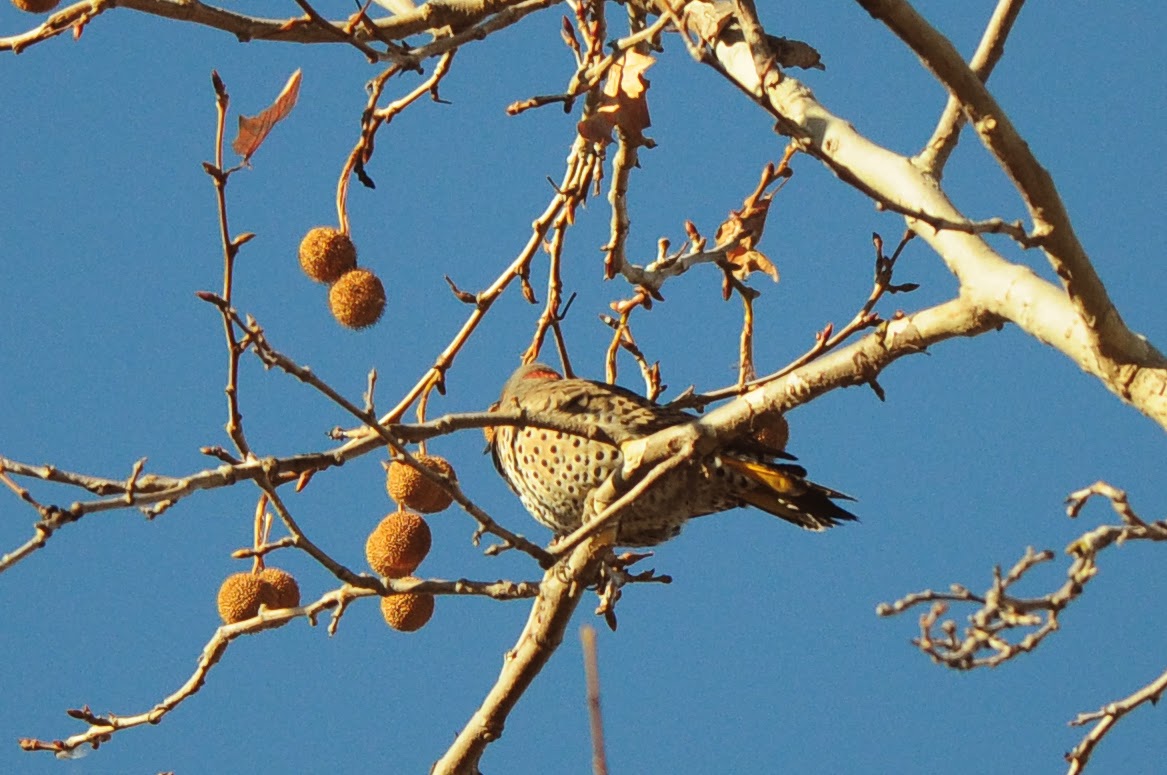 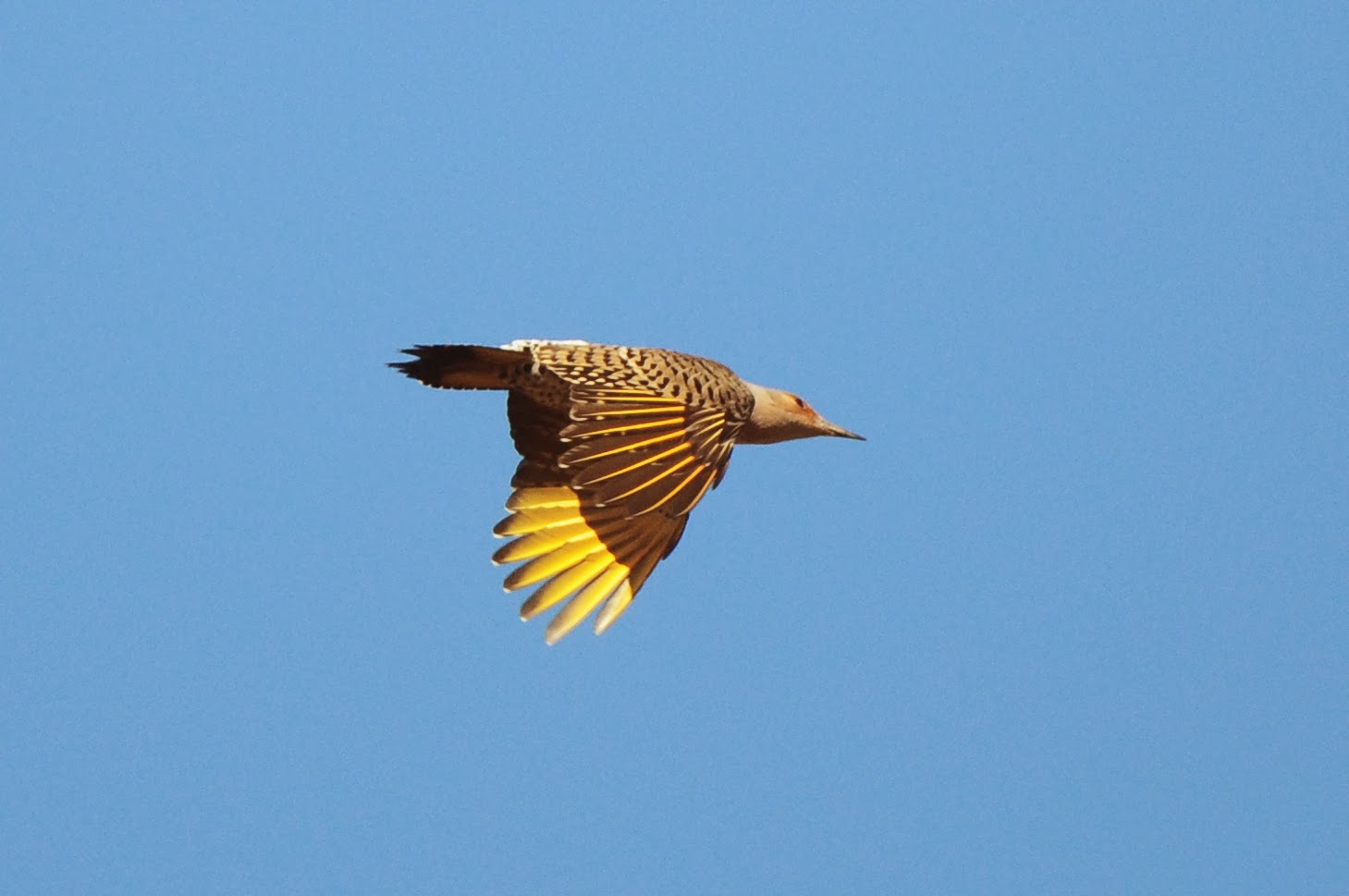 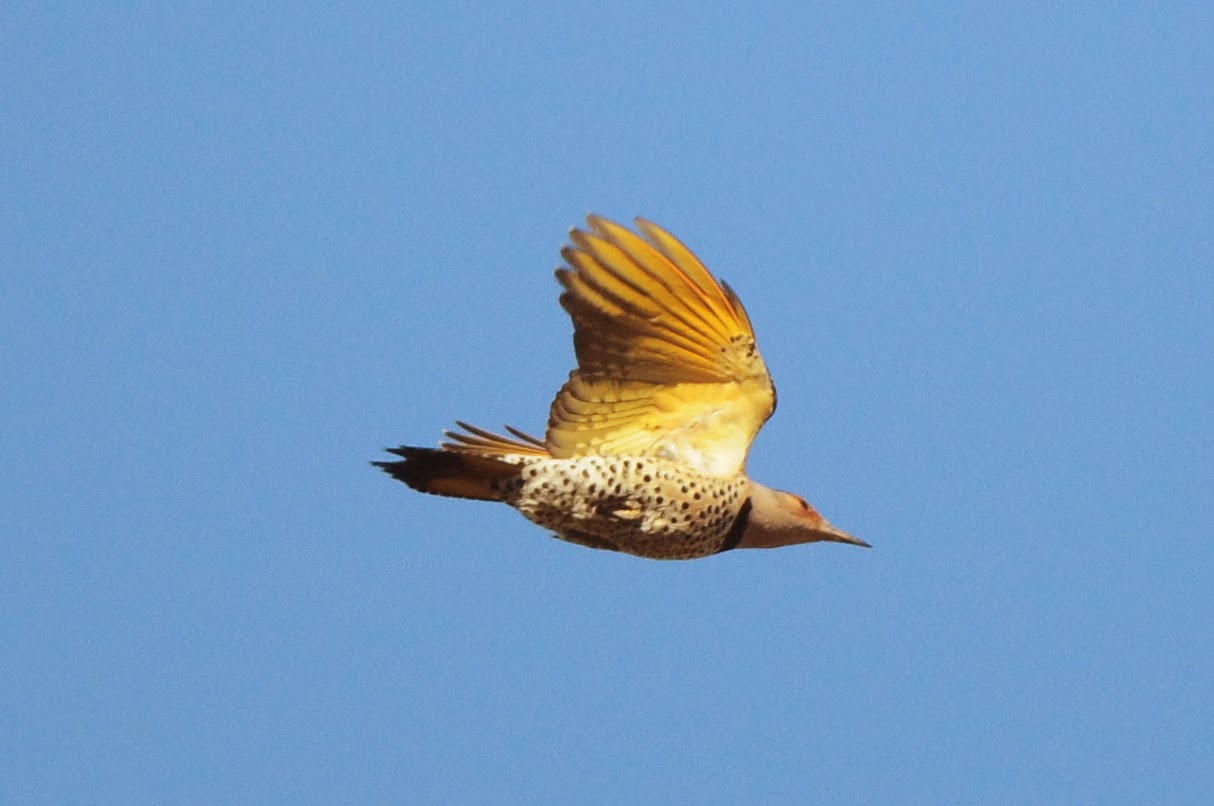 Cool, a "Yellow-shafted", right?  Well, how pure does this look to you?  The shafts certainly look a little bit orangish which gives me pause.  It's a little harder to tell because it's a female and females lack the mustachial stripes that males have.  Either way, it's certainly mostly a "Yellow-shafted" but at what point do you call a bird pure?

Anyway, we also rampaged through The Nimbus to see what was around (but mostly to gaze upon BARROW'S GOLDENEYES).  We certainly owned that desire; we ended with more than 30 of these uncommon diving ducks and only 4 shy of the all-time Sacramento County record.

Among the 6 gull species present were at least two MEW GULLS, perhaps the least common of the "common" gull species there: 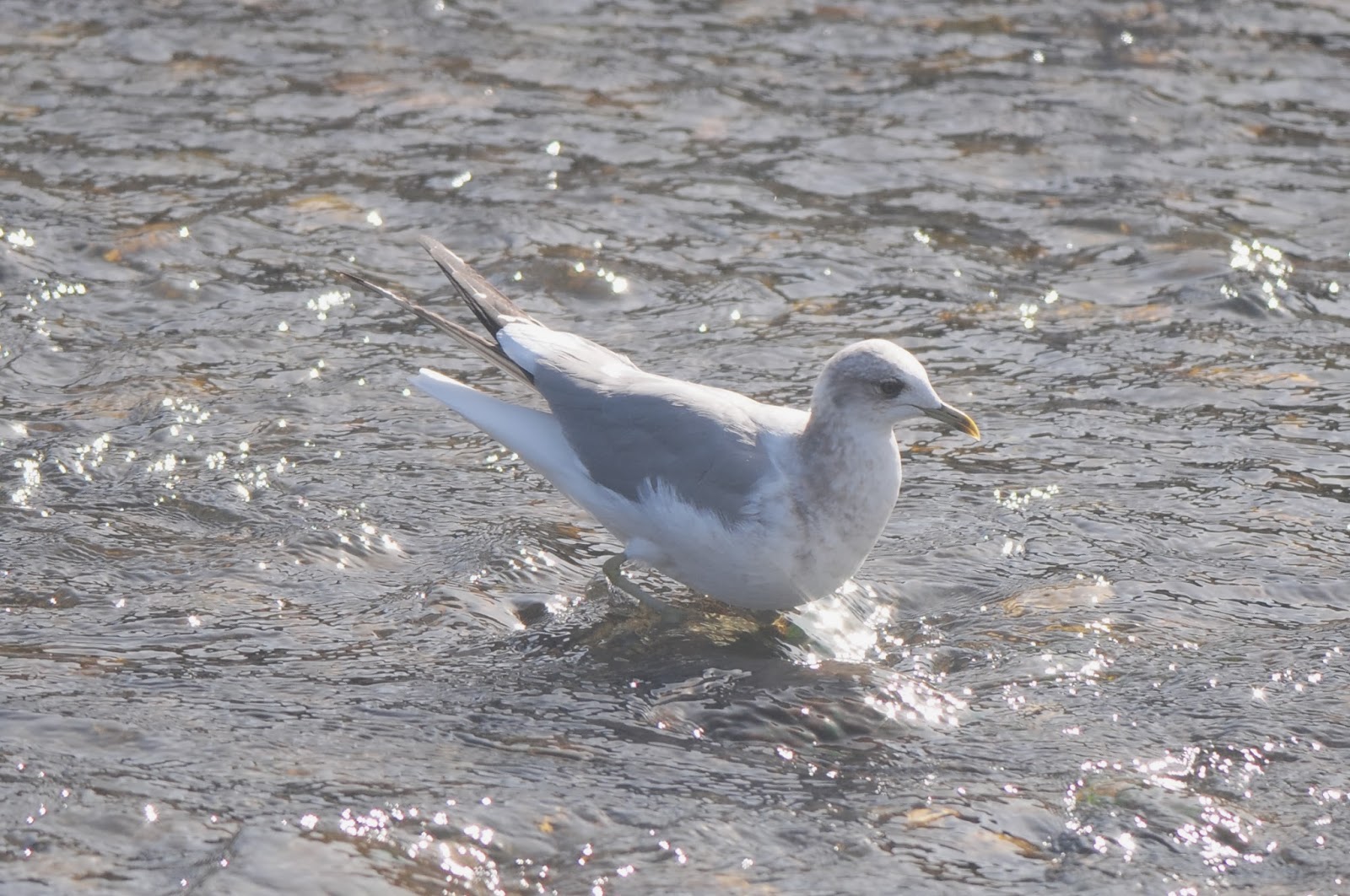 There were at least 50 WHITE-THROATED SWIFTS rocketing back and forth along the American River.  At times they would come down a little bit lower than normal hence a photo of one: 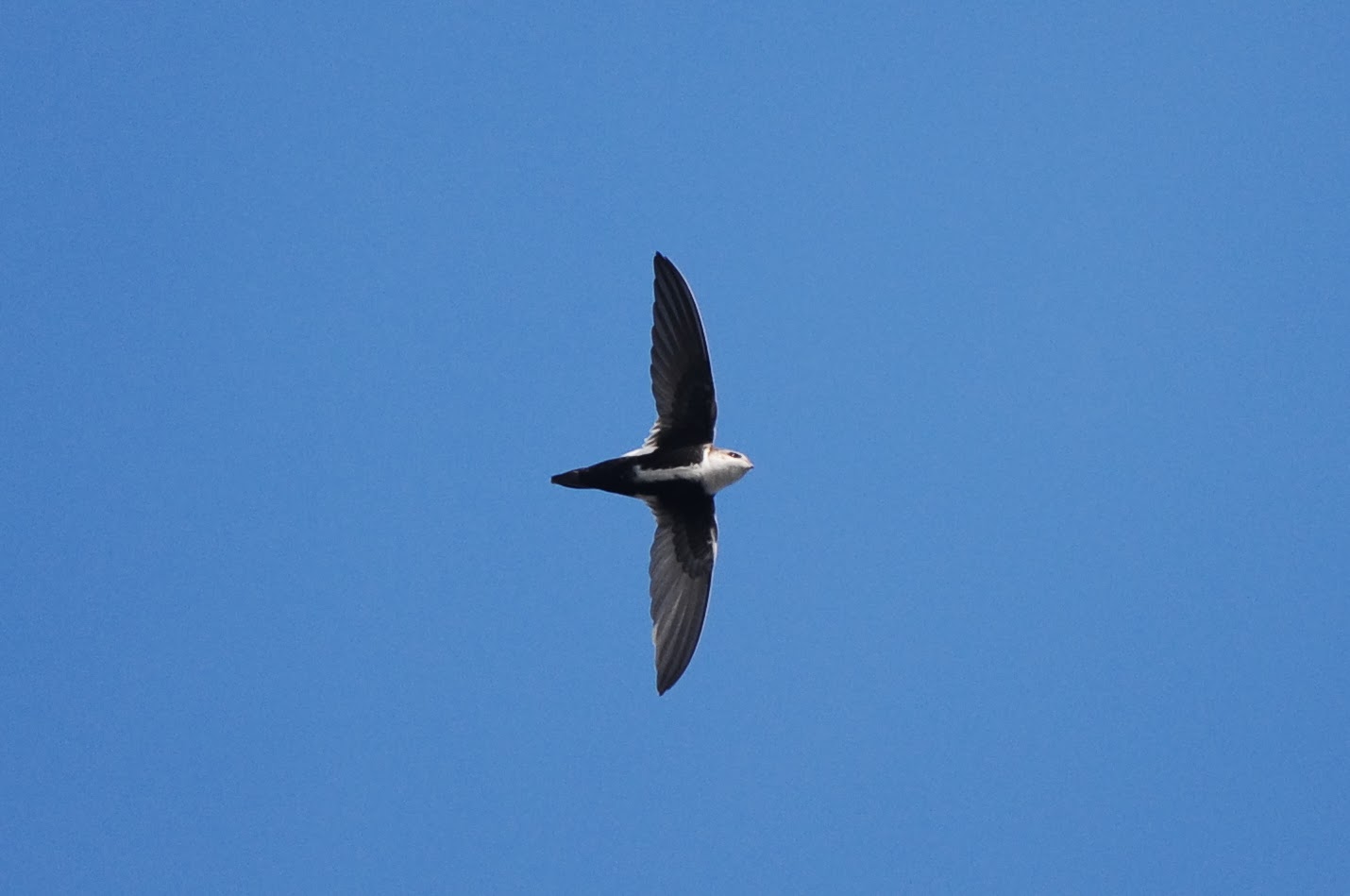 We ended the day with nearly 80 species with 60 of those coming just from Nimbus... not too bad for being "in the middle of winter".  You can see our checklist for Nimbus here.

Oh, and we also had 17 LEWIS'S WOODPECKERS along Michigan Bar Road in eastern Sacramento County.  Hardly worth mentioning with how abundant they've been this winter...
Posted by Cory J. Gregory at 2/06/2014 07:12:00 PM