Return of the Tufted

The reports were saying it was hanging out in the extreme northeast portion of the lake.  I headed there and found it right where people said to look:

It eventually floated much closer to me but it seemed more preoccupied with taking a nap by that point: 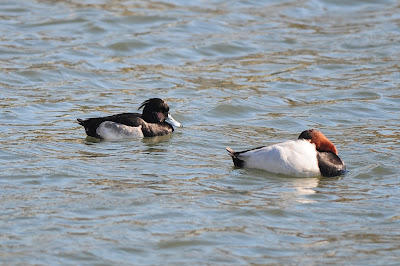 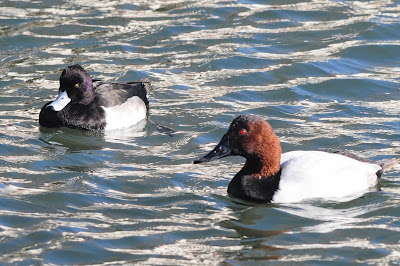 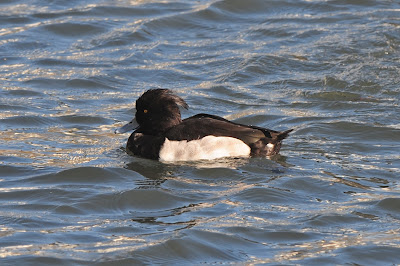 Then it did something strange.  Having seen thousands of diving ducks through the years, I thought I had an overall understanding of what they would and wouldn't do... but I was so wrong.  The Tufted Duck start floating towards this dark crack of a culvert... and then it swam INTO it.  Not just briefly... but it went in and STAYED IN for ~10 minutes!  Then a COMMON GOLDENEYE did the same thing... and then a flock of 7 MALLARDS.  Where the hell does that thing go and why were ducks chilling in there?! 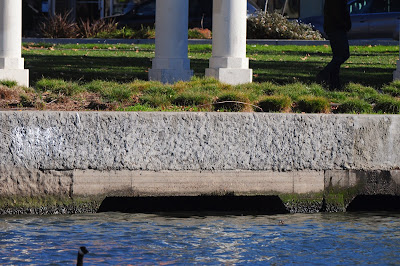 I didn't really stick around much to sift through the thousands of other birds present but this close HORNED GREBE let me photographically fondle it for a bit: 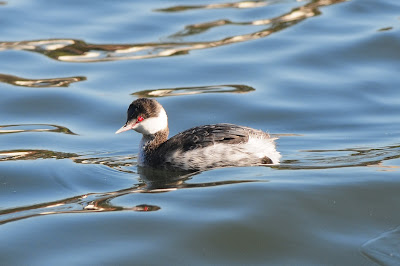 This place has the distinction in my mind of being a superior location for getting up close and personal with Aythya species.  Here's a GREATER SCAUP: 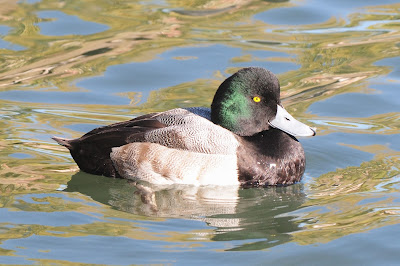 Maybe you've heard how the nail (tip of the bill) size and the amount of black can be a fieldmark between some Aythya species.  Well, take a good look at these three birds and see if you can tell a difference: 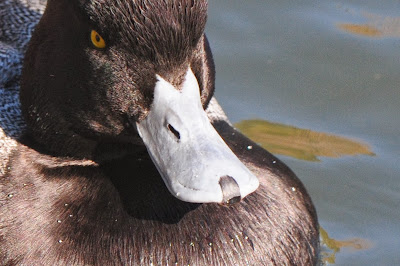 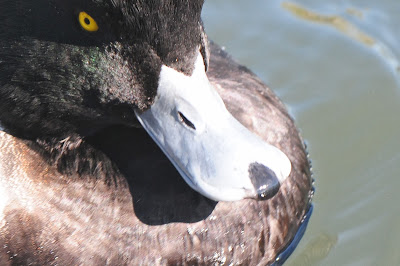 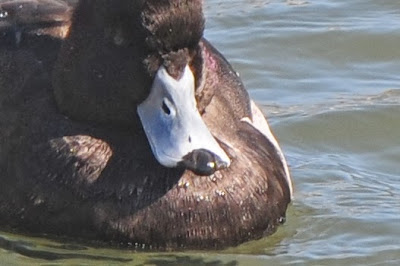