Getting news like this was difficult... difficult because I had just left California for Missouri.  You see, the news came in of a LITTLE BUNTING in Humboldt County, California.  I knew I'd chase it as soon as I got back to CA on Sunday but that's only if the bird stuck around.  Would it?

The Little Bunting doesn't belong in this part of the world and I had never seen one before... anywhere.  Although there are many records from western Alaska, they're even harder to come by down here in California.  In fact, this particular bunting was the 4th for California and only the 5th for the Lower 48 states.

Day after day passed and the bird thankfully was seen each and every day.  In fact, I saw one report saying "nobody has missed it".  Hmm, sounded promising!

After we returned from the Midwest, I headed up to Humboldt County without much hesitation.  I arrived at the cow pasture with only an hour left of daylight:

Thankfully, birders were still present and had the bird primed and ready.  Hanging out with SAVANNAH SPARROWS, you can see the LITTLE BUNTING in front with the chestnut ear-patch: 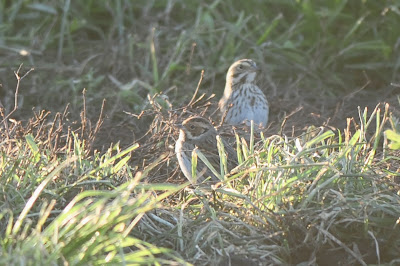 I was pleased!  So much so that I figured I'd return the next day to enjoy the bird some more.  When I arrived, even more people were present: 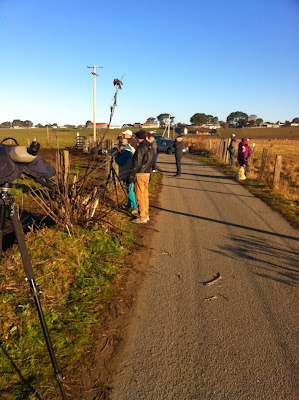 It doesn't look like much but this portion of the field is home to a Little Bunting, a code 4 rarity from Asia: 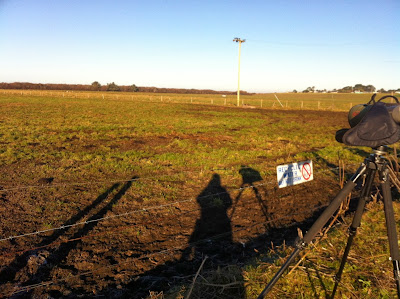 Birders said it was present in this patch of grass.  Do you see it? 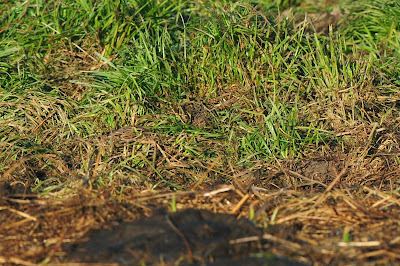 No wonder LITTLE BUNTINGS aren't found more often, it blends in quite well when it has its head down feeding.  But wait until it pops up, now it's not so subtle: 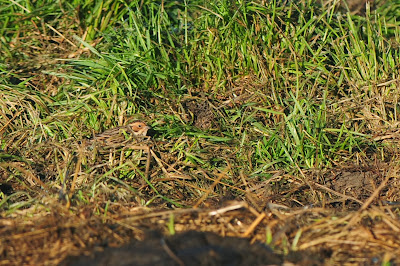 I snapped a few more photos before I moved on, this time digiscoping (holding a point-and-shoot digital camera up to my spotting scope): 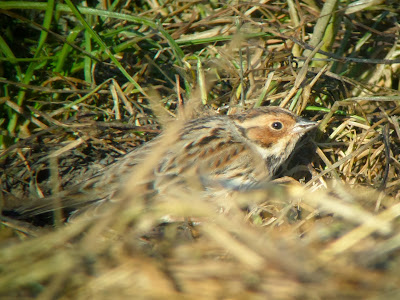 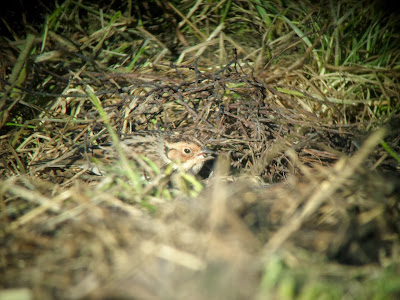 My next destination was the north jetty there in Humboldt County.  I wouldn't mind snagging ROCK SANDPIPER and maybe some murrelets for my year list.  I found some shorebirds without much trouble but the sandpiper I wanted wasn't with them.  Here's a photo showing SURFBIRDS and BLACK TURNSTONES.  The Surfbirds are grayer with a pale base to a more-blunt bill.  The turnstones have a thinner, mostly-black bill: 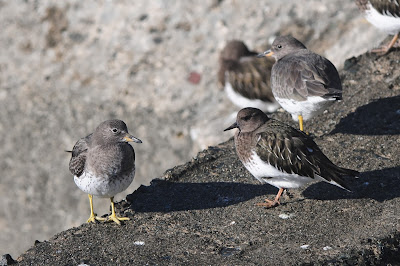 Here's a SURFBIRD a bit closer: 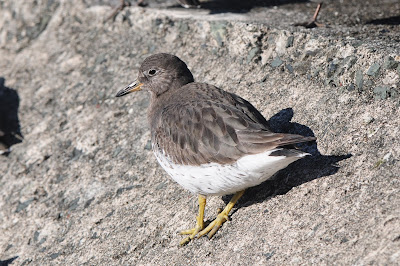 ... and likewise with this BLACK TURNSTONE: 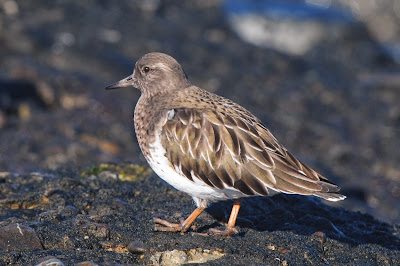 I did see several MARBLED MURRELETS off of the jetty (year bird) but didn't see any other alcids or phalaropes.  I had some other targets but I headed home instead.  I'll be back up here in a week and I'll worry more about those targets later.
Posted by Cory J. Gregory at 12/20/2013 04:37:00 PM