So did I get SKY LARKS at the Victoria Airport?  Although it was getting dark and the wind was rather gusty, I eventually heard a SKY LARK singing at least twice.  However, I didn't actually see it (or photograph it).  Not to worry, I had another morning here on Vancouver Island.  I trusted I would have more luck in the AM.

Woke up and immediately went to a reliable field along Central Saanich Road.  It didn't take long to hear several SKY LARKS singing but again, I couldn't actually spot them up in the air singing.  Eventually I flushed a couple along the path and they flew a short distance away; perfect for getting nice scope views of them: 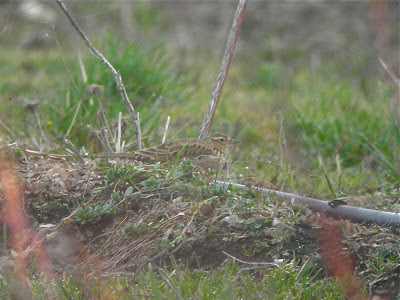 It was then that I realized that they were singing from the ground.  I didn't really know they did this but it made me feel better that I wasn't missing them up in the air: 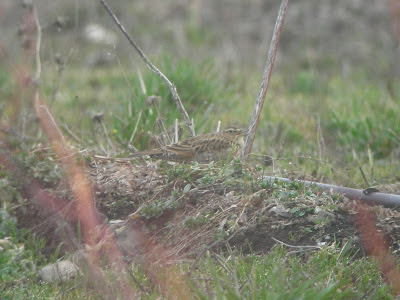 As you probably know SKY LARKS prefer more of an agricultural setting than some birds.  Take a look below at the field the birds were perched in and flying around in.  Pretty special looking? 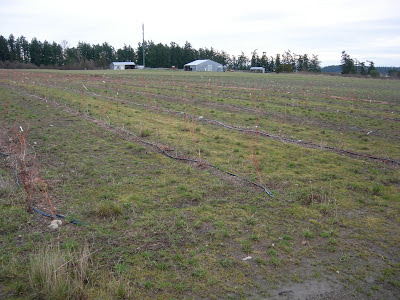 After the success with the larks, I decided to see if I could see an additional BRAMBLING on my trip (although I had seen a different one the day before).  One had been previously reported at a residence down in Victoria.  However, after 40 minutes of watching the feeder, I called it quits and drove back towards the ferry terminal.

The ferry from Swartz Bay back to Tsawwassen was pretty uneventful as well.

A laughable picture, this was my only HARLEQUIN DUCK of the trip: 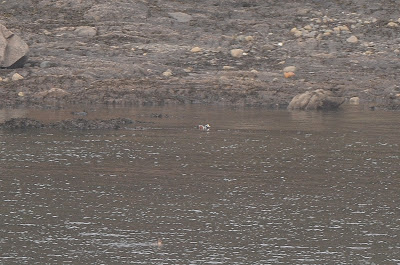 Also from the ferry, we passed by some buoys; this one had both PELAGIC and BRANDT'S CORMORANTS on it: 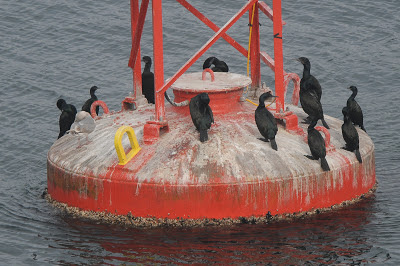 Speaking of BRANDT'S CORMORANTS, here is one in flight showing the delicate white feathers down the mantle: 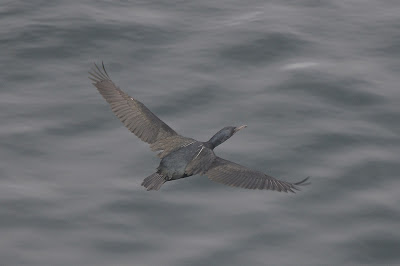 There were dozens of PIGEON GUILLEMOTS on the boat ride back to mainland: 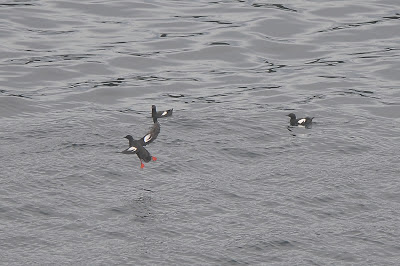 I also enjoyed the hundreds of LONG-TAILED DUCKS that were around on the trip back.  Here's part of one flock: 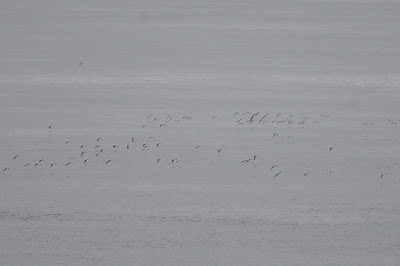 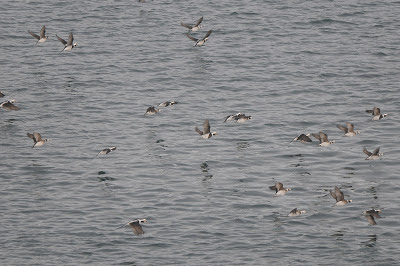 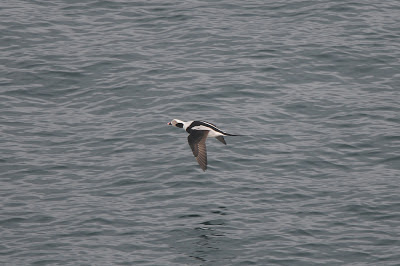 RHINOCEROS AUKLETS were fairly common on the trip back: 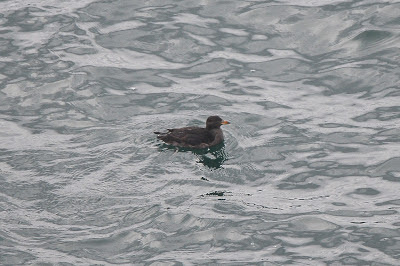 Last but not least, there were dozens of RED-BREASTED MERGANSERS around as well: 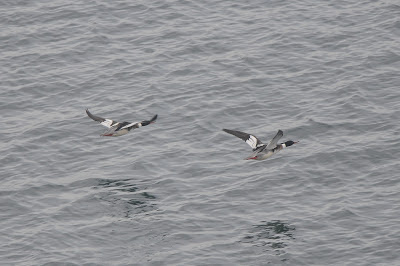