I had been itching to get to the Vancouver area for some time now.  New ABA birds were waiting for me, what was I supposed to do?

I decided the time was right and started driving north.  Before I saw anything of interest, I first had to drive 18 hours and that included passing Mount Shasta: 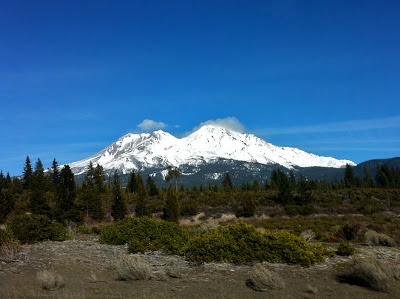 Once I arrived in Vancouver, I met up with Keith and Wendy (friends from Whitefish Point Bird Observatory) and we started by going to Queens Park for the RED-FLANKED BLUETAIL that was found a month ago.  Even though it was misting and really dreary, it didn't take long to spot the little guy hopping around on the ground: 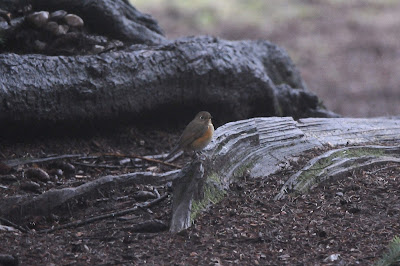 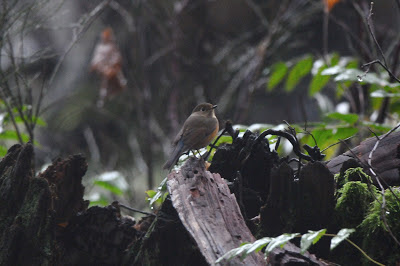 Also known as the Orange-flanked Bush-Robin, this species does NOT belong in North America.  Instead, it is usually found in northern Asia, northeastern Europe, from Finland east across Siberia to Kamchatka.

This is the first record of RED-FLANKED BLUETAIL for Canada and only the second record from mainland North America.  What a great find!  For those of you who are curious, Queens Park looks like this from the air:

Next stop for us was at 868 W. 17th Avenue in Vancouver.  We wandered down the small lane leading behind the house and within a minute or two we saw the long-staying BRAMBLING.  It was rainy more heavily now so I didn't take very many photos: 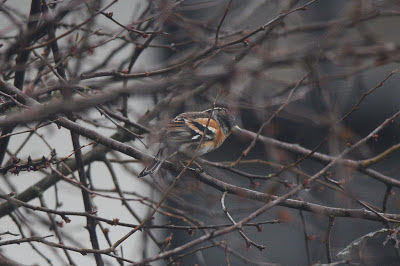 Not to jinx ourselves but everything was really easy thus far!  Here's a map of the spot we had the BRAMBLING:

View BRAMBLING in a larger map

I had a little time to spare before my ferry left for Vancouver Island so the three of us wandered down to Boundary Bay.  I honestly hadn't even heard of the place until the day before!  However, it wasn't long before we started seeing the main attraction, multiple SNOWY OWLS... everywhere.

Here's one on a house.  I can just see that conversation now:

"Honey, what's that looking down at us through the sky light?  Oh, it's just the Snowy Owl again." 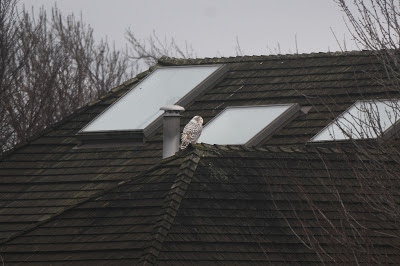 Here are three SNOWY OWLS in one view: 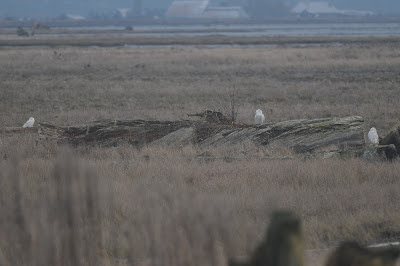 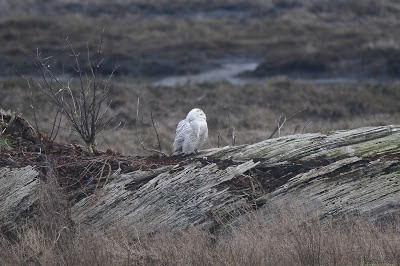 Overall, I was rather impressed, I think we ended with 11 different SNOWY OWLS.  I'm not sure if I'd seen 8 SNOWY OWLS in one scan before despite my time in northern Alaska.  If you're in the area, here's where to go:

As you can see above, you can park at the end of 64th Street or 72nd Street.  Then just walk along the levee/path towards the other road and I doubt you can miss the owls.  They were perched on houses, water towers, farm buildings, driftwood, etc.

After Boundary Bay it was time for me to go wait in line for the ferry.  While sitting there I figured I'd snap a picture of the abundant NORTHWESTERN CROW: 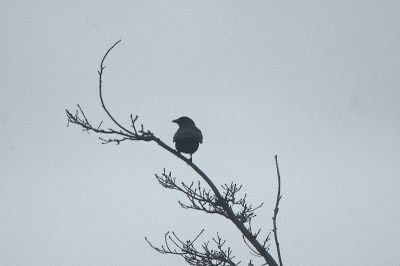 I was reluctant to get on a boat because of my famed affinity for heaving stomach contents into large bodies of water... but I simply HAD to.  Luckily, seas were calm, the ferry was large, and I was able to walk around and look for seabirds.

As a whole, though, I was a little disappointed by the diversity; I never saw any murrelets or procellariiformes.  Not to worry, here are some COMMON MURRES: 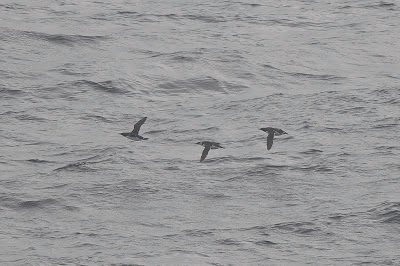 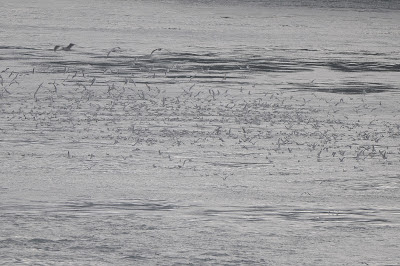 For some reason the MEW GULLS didn't decide to stay on the water and get plowed over by the 8-story-high ferry.  Instead they opted to fly away.  Such big babies: 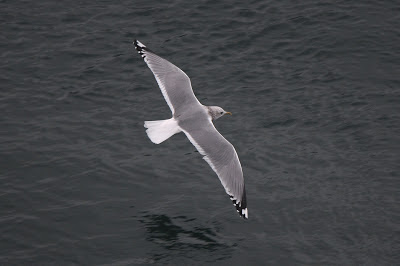 There were some loons around including this PACFIC LOON flying parallel to us: 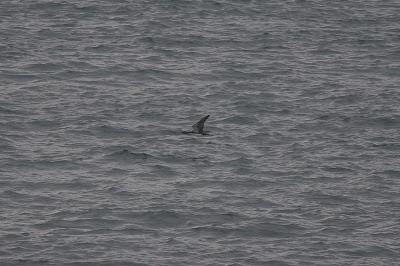 Even though I wasn't looking at Long-billed Murrelets and strange shearwaters, the view on the water wasn't half bad: 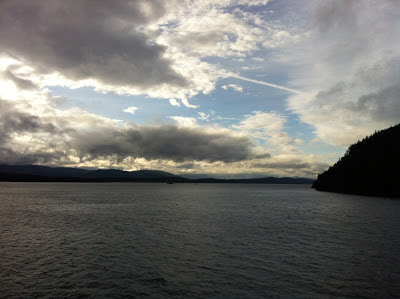 In short, I made it to Vancouver Island with some daylight left so off to the Victoria Airport I went.  I had taken the ferry over for one bird, the introduced-but-countable population of SKY LARKS.

My first stop was at Mills Road which runs along the north side of the airport.  It was there that I was greeted by this young NORTHERN SHRIKE: 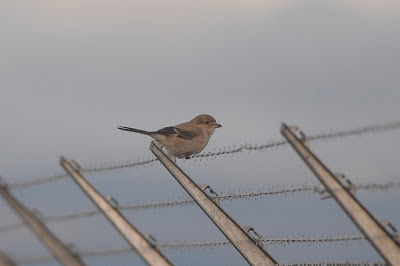 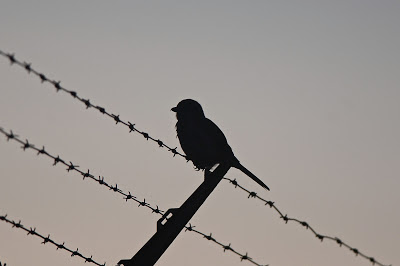