We woke up early the next morning at Long Key State Park.  When camping, it's hard not to wake up when the birds start singing and the room lightens automatically.

We hopped out and started beating the same path again; up and down the line of campsites.  We didn't know how long we'd last as we continued to look for the grassquit but after the 9 hour effort the day before, we weren't particularly eager to spend all day doing the same thing.

So with that, our eagerness for a change in scenery took over and we decided to make our way south to the Key West Botanical Gardens.  After all, it was there that I saw my first Western Spindalis on a previous visit so who knows what other rarity might show up?

Turns out, it was pretty quiet and quite warm at the gardens.  Although there wasn't much in the way of birds (checklist viewed here), butterflies were definitely active.  One of the most common were the CASSIUS BLUES: 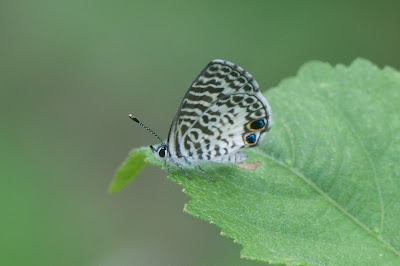 It's hard to judge their size in a photo like that but they're tiny, smaller than my thumbnail.

Another common butterfly in those parts is the GULF FRITILLARY.  Although much larger than the previous species, this one looks way worse for wear: 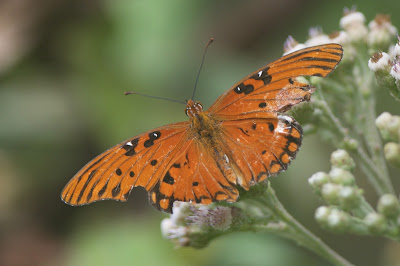 Ashley spotted this skipper darting around so I snapped a picture just to find out later that it was a new lifer for me, a HAMMOCK SKIPPER (Polygonus leo): 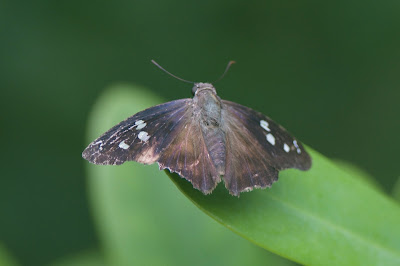 There were a few dragonflies zooming around too which was no surprise.  This particular one has me stumped though... it's either a THREE-STRIPED DASHER or SPOT-TAILED DASHER.  Any input???  Either way, it'll be a new species for me.  :-) 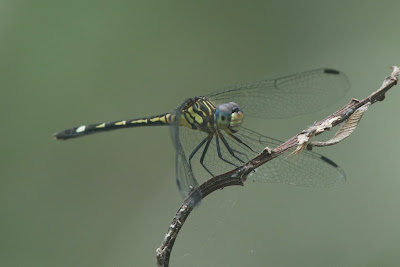 We eventually left the gardens (but not after meeting Claire.  Hi Claire!) and decided to wander back up the keys birding at a few spots along the way.

The Saddlebunch Keys (accessed by Sugarloaf Key) was were I saw my very first Mangrove Cuckoo during a Spring Break trip 10 years ago in 2006.  We stopped by and, well, we were successful once more!  We managed to hear two MANGROVE CUCKOOS which was only the 3rd time I'd ever had this species.  So yeah, we were pretty stoked for that!

At this point in the season PRAIRIE WARBLERS are quite ubiquitous.  We would often hear several at each spot including this one just down the road from the cuckoo spot: 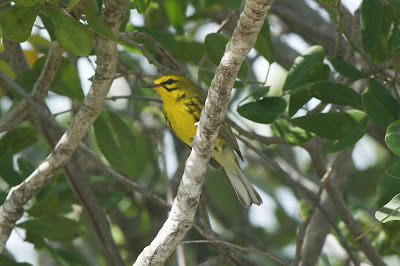 The sunny afternoon brought out the butterflies in force.  The flower-ladened roadside shoulders were lined with hundreds (maybe thousands) of GREAT SOUTHERN WHITES swirling around.  Here's one of them: 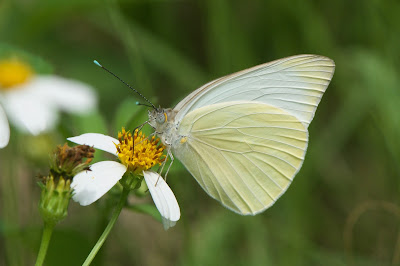 There were so many ripe for the taking that we found a flock of 9 GRAY KINGBIRDS all together on the power lines picking them off one-by-one.

There were a few species besides the whites though; here's a much-smaller CERAUNUS BLUE: 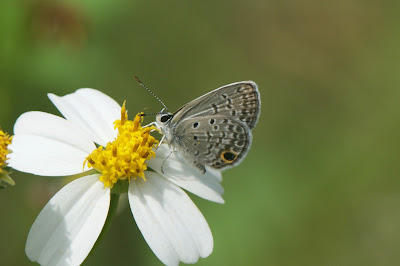 I was hoping it would be one of the rarer blues but alas, not this time!  I clearly needed to do more homework on where to go to find the less common bflies.

Another common species was the MANGROVE BUCKEYE, a new lifer for me: 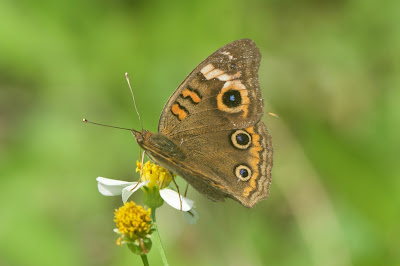 There were also some skippers around which caused a little bit more confusion (skippers can be tough!).  However, after consulting the books we're pretty convinced this one is an OBSCURE SKIPPER: 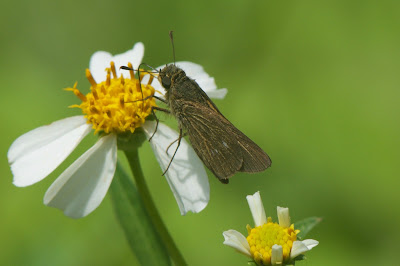 Anyway, we eventually returned to Long Key State Park to go to sleep... I MEAN to keep looking for the grassquit.  :-(

We returned with enough light to do several more strolls up and down the campsites for the grassquit but again we struck out.  At this point, we were more interested in scoping the mudflats right offshore our campsite (#59, for future reference!).  Mixed in with the dozens of LEAST SANDPIPERS, BLACK-BELLIED PLOVERS, and SEMIPALMATED PLOVERS were several PIPING PLOVERS as well.  Included were a couple of banded birds which, with a shorebird ecologist background, Ashley and I were eager to document and report.  Here's the first bird: 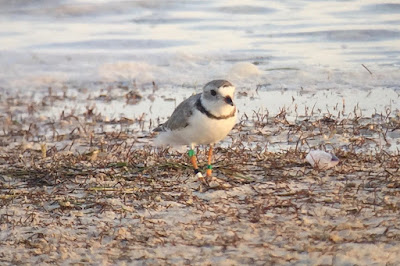 Turns out, this banded plover was captured as an adult on the Missouri River near Yankton, South Dakota last June.  How cool is that?!

Here's the other banded plover we managed to resight: 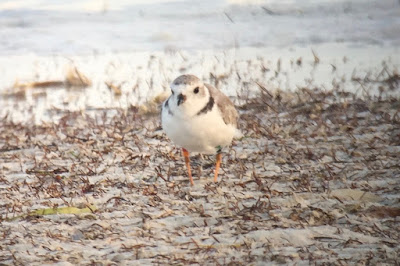 This particular plover was banded as a chick in New Jersey also last June.  It's a small world, too, of shorebird ecologists.  Turns out people I know head up these efforts (shout out to Michelle S. and Kashi D!).

As the sun continued to drop, the MAGNIFICENT FRIGATEBIRDS continued cruising up and down the beach.  Even in low light, they cast a magnificent silhouette: 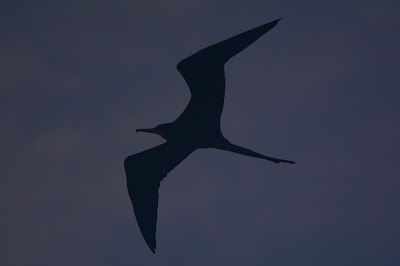 So with that, another day had passed.  No grassquit.  At least the campsite view didn't disappoint: 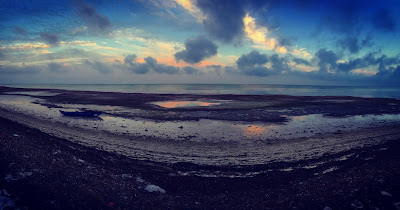 We decided to leave the next morning.  We'd give the grassquit one more chance before we migrated north and out of Florida.  Stay tuned!
Posted by Cory J. Gregory at 4/07/2016 05:13:00 PM