I think it's fair to say that I've fallen epically behind in my blog posts so far this year.  There goes turning a new leaf (leaves are under snow anyway).

Ash and I have been all over the place in the last month or two.  One of those places is Florida.  We decided to swing down that direction from New York.  It's kinda close, right?

Probably our foremost target was a bird that has been reliable at Markham Park:


The bird, of course, is the long-staying WESTERN SPINDALIS (formerly known as Stripe-headed Tanager).  This Code 3 vagrant belongs in the Bahamas, Cuba, Cayman Islands, etc.  However, they show up in Florida with some regularity and have even bred there.

So we arrived and were primed to see this bird right away... except it didn't happen that way.  First, we enjoyed a SHORT-TAILED HAWK that frequented the airspace overhead: 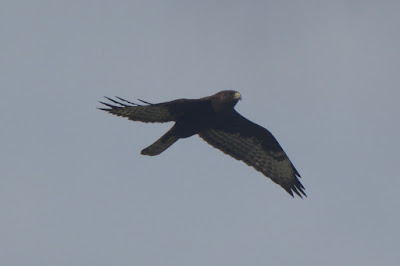 But still no spindalis.  Fine, we'll walk around some more.  We stumbled on another raptor, this tame RED-SHOULDERED HAWK: 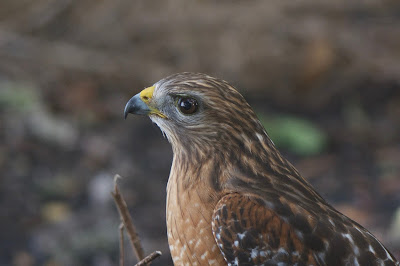 But STILL no spindalis.  Were we going to miss this thing?  I got distracted by this dragonfly.  Although I don't remember the name of this one off the top of my head, it should be easy to ID once I'm around my dragonfly book again: 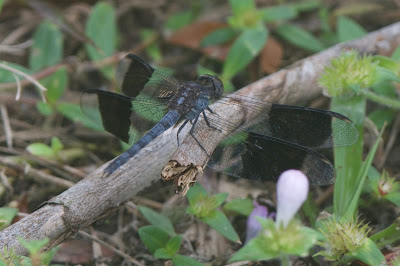 Then, finally, after a couple of hours, we spotted the spindalis quietly drinking deep within the woods!  Once we both got on it, we enjoyed the views through the scope.  I pulled out the Kowa digiscoping case for my iPhone 6: 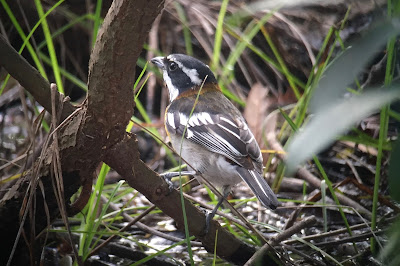 The bird moved around a little bit but, unlike other reports, it was solitary and not with the roaming hoard of Spot-breasted Orioles it was supposed to be with.  Here it is again a little higher up in the trees: 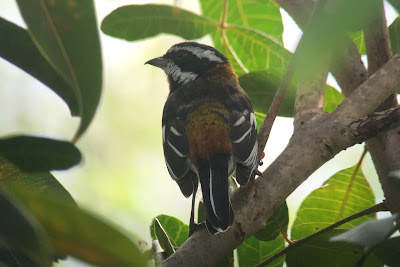 So that was a relief!  This was a new ABA bird for Ashley but I had been lucky to see one in 2013 near Key West.  However, this was my first male and I can safely say that they are quite stunning!

Another stop, embarrassing as it is, was for the now-countable EGYPTIAN GOOSE.  We opted to go to Brian Piccolo Park:

Seeing this established exotic didn't register high on our excitement meter BUT it had to be done: 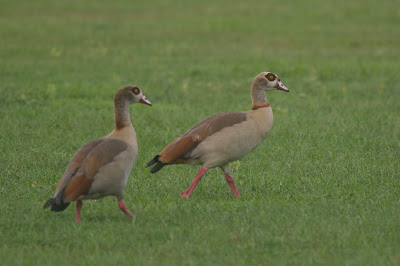 Probably more exciting was watching this MERLIN chasing after Mourning Doves nearby: 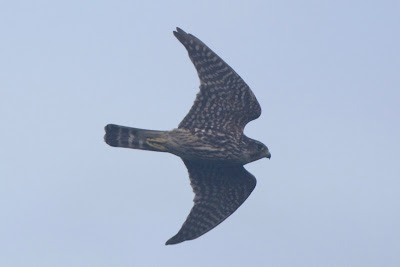 We also spent some time at Loxahatchee NWR hoping for a Smooth-billed Ani.  The anis, which nested there last year, were nowhere to be seen.  Clearly this wasn't the right season for reliable anis.  Oh well, maybe next time?

There were lots of other birds like COMMON GALLINULES: 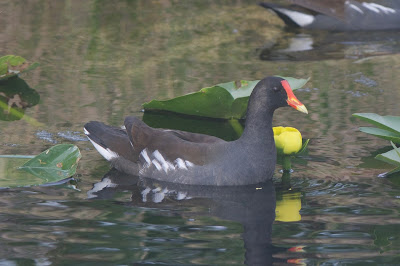 The exceptionally vociferous RED-SHOULDERED HAWKS were hard to ignore: 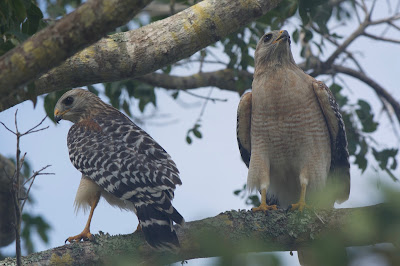 One of our last stops was at Jonathan Dickinson State Park in Martin County (again, to hope for anis):

Like before, still no anis to be seen.  Instead, we busied ourselves with things like FLORIDA SCRUB-JAYS.  Here's one on a snag (left) with a Loggerhead Shrike (right): 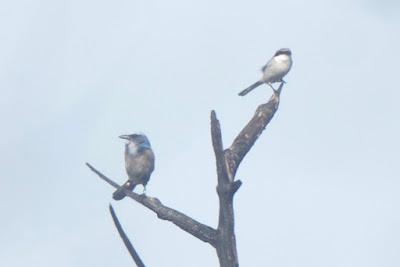 You can see with the above jay that it's wearing color bands put on the legs by researchers.  Anyway, turns out, this was only my 5th time seeing FLSJs!

As one would expect, FISH CROWS were abundant around the park.  Here's one obeying the sign it's on: 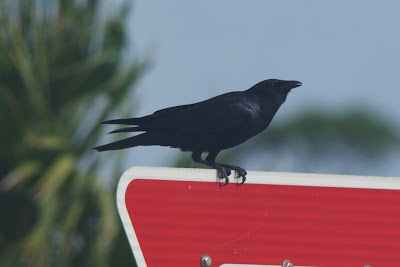 The diminutive COMMON GROUND-DOVE can also be found in the area.  This one flew by right in front of us and sat up in a palm for a minute: 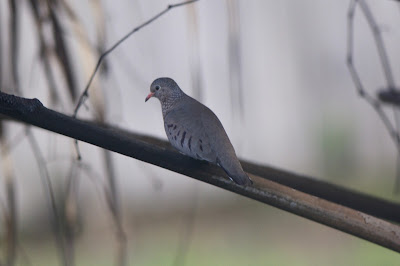 Here's a bird with no feathers.  Maybe sick?  On second thought, I'll have to do some research to ensure that it's even a bird.  Roight, I've confirmed with myself that this is in fact NOT a bird: 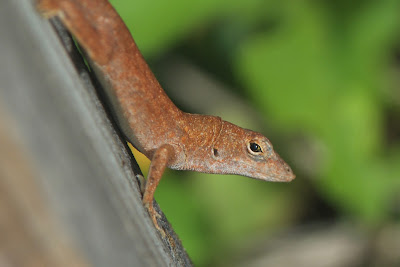 Jon Dick SP had some cool habitat though!  When you see habitat like this... 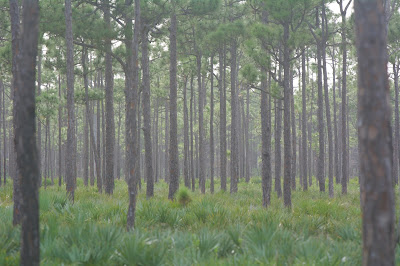 ... you know these aren't too far behind: 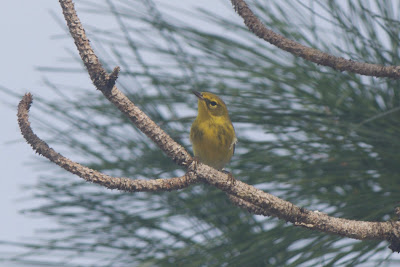 It is a PINE WARBLER, and one of the brighter ones we saw.  Here's a comparison shot of one that's considerably more drab: 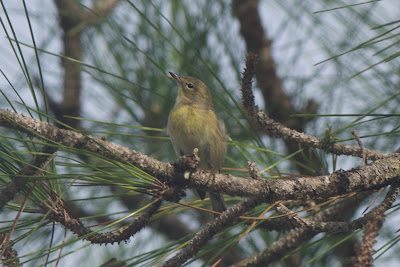 We tried to find some Bachman's Sparrows in this habitat but came up empty:

With that, we headed back north towards New York.  Of course, I had to get off I-95 when I passed Darien, Georgia because it's where I worked for a bit in 2013!  In fact, we visited the historic old plantation I lived in: 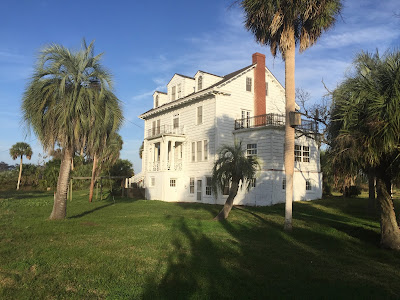