A smile in Carlyle

Skipping forward a little bit in time, I thought I'd share some pictures from a chase Ashley and I undertook a couple of days ago.  The place?  Carlyle Lake in Illinois (an hour east of St. Louis):

The target?  A BLACK-TAILED GULL (Code 4) was found on the 11th.  This medium-sized gull belongs in East Asia, however, and sightings in the middle of this country are quite rare but not unheard of (my first BTGU came in 2007 in Iowa).

Once we arrived, it was a bit daunting seeing the multitude of Ring-billed Gulls swirling below the dam.  Thousands upon thousands of gulls were in the air.  And we were supposed to find a different gull mixed in with THAT?!

However, with some patience, the bird was eventually spotted making passes along the east side of the spillway.  We hoofed it over and were rewarded with some crippling looks in the late-afternoon light: 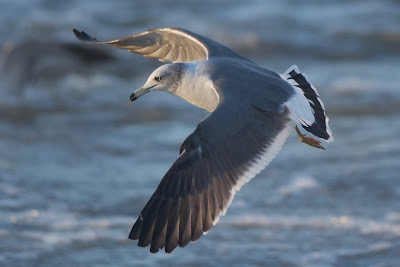 When it banked, the broad black tail band stood out like you wouldn't believe: 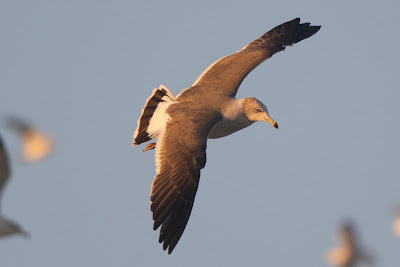 Also, note the relatively dark mantle which stood out next to the paler mantles of Ring-billed Gulls: 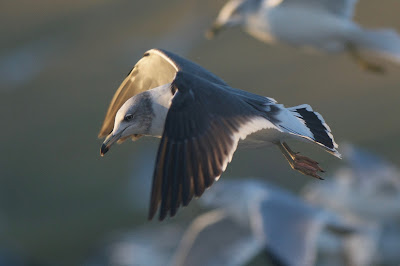 I'd say the mantle reminded me of the shade of a Lesser Black-backed Gull.  Here's another look: 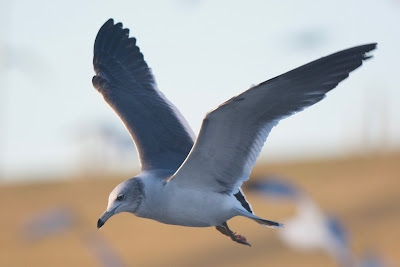 Also note the lack of white in the primaries: 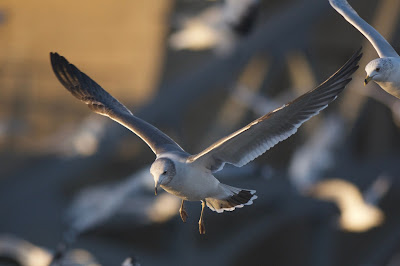 Size-wise, I'd say it was just slightly longer-winged than the RBGUs which it swarmed around with.  Granted, that would be difficult to judge from these photos. 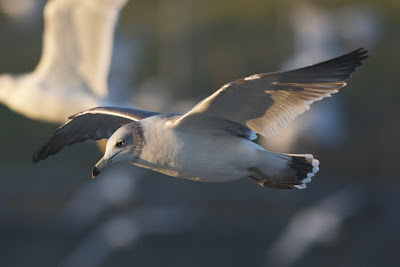 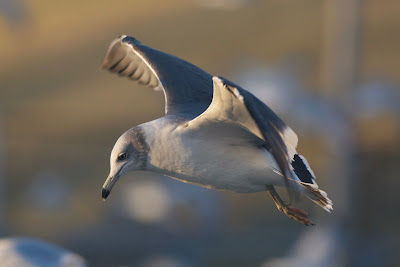 The bird repeatedly plunged down right in front of us and came up with fish which it would swallow right away.  Here it is again right after gulping one down: 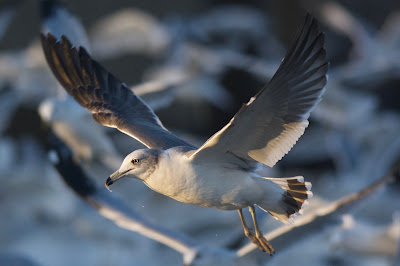 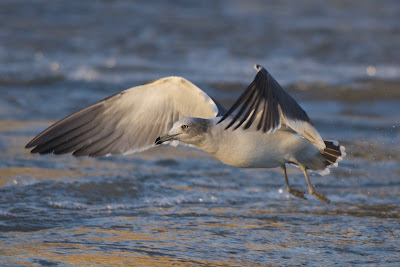 I'll leave you with this photo.  Behind the bird is the only graffiti I like to see plastered on cement: shadows of gulls: 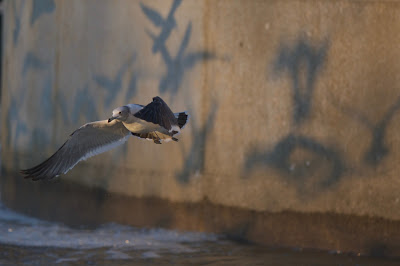