Remember earlier when I wanted to illustrate the difference between WANDERING TATTLER and GRAY-TAILED TATTLER but didn't have good enough photos of the GTTA?  Well, an obliging young visitor to the Salt Lagoon the other day remedied that.

Here is a GRAY-TAILED trying to blend in with the omnipresent ROCK SANDPIPERS: 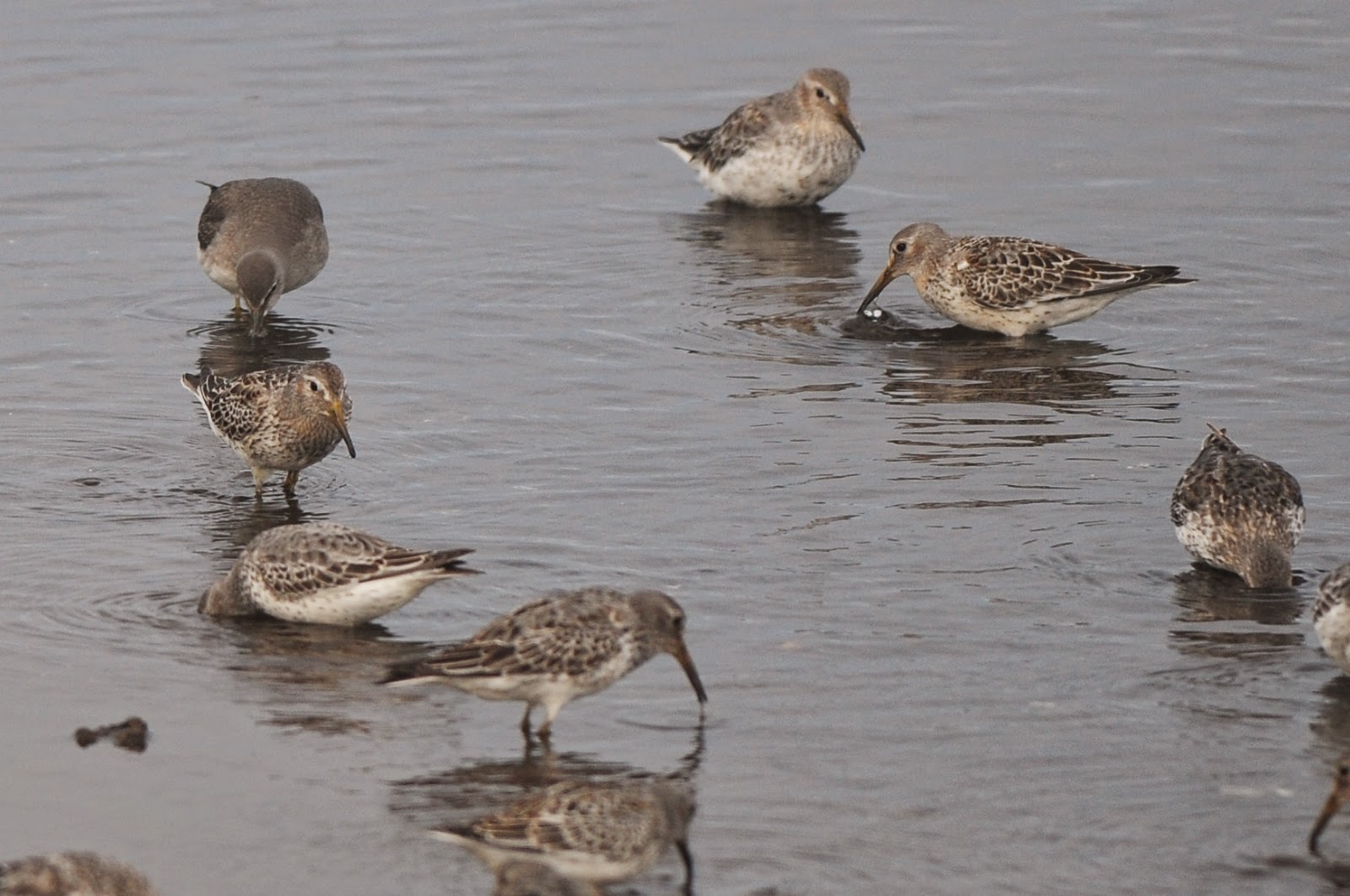 Taking a closer look below, a couple of things should stand out.  First, you can see that the pale supercilium fades slightly but still EXTENDS BEHIND THE EYE: 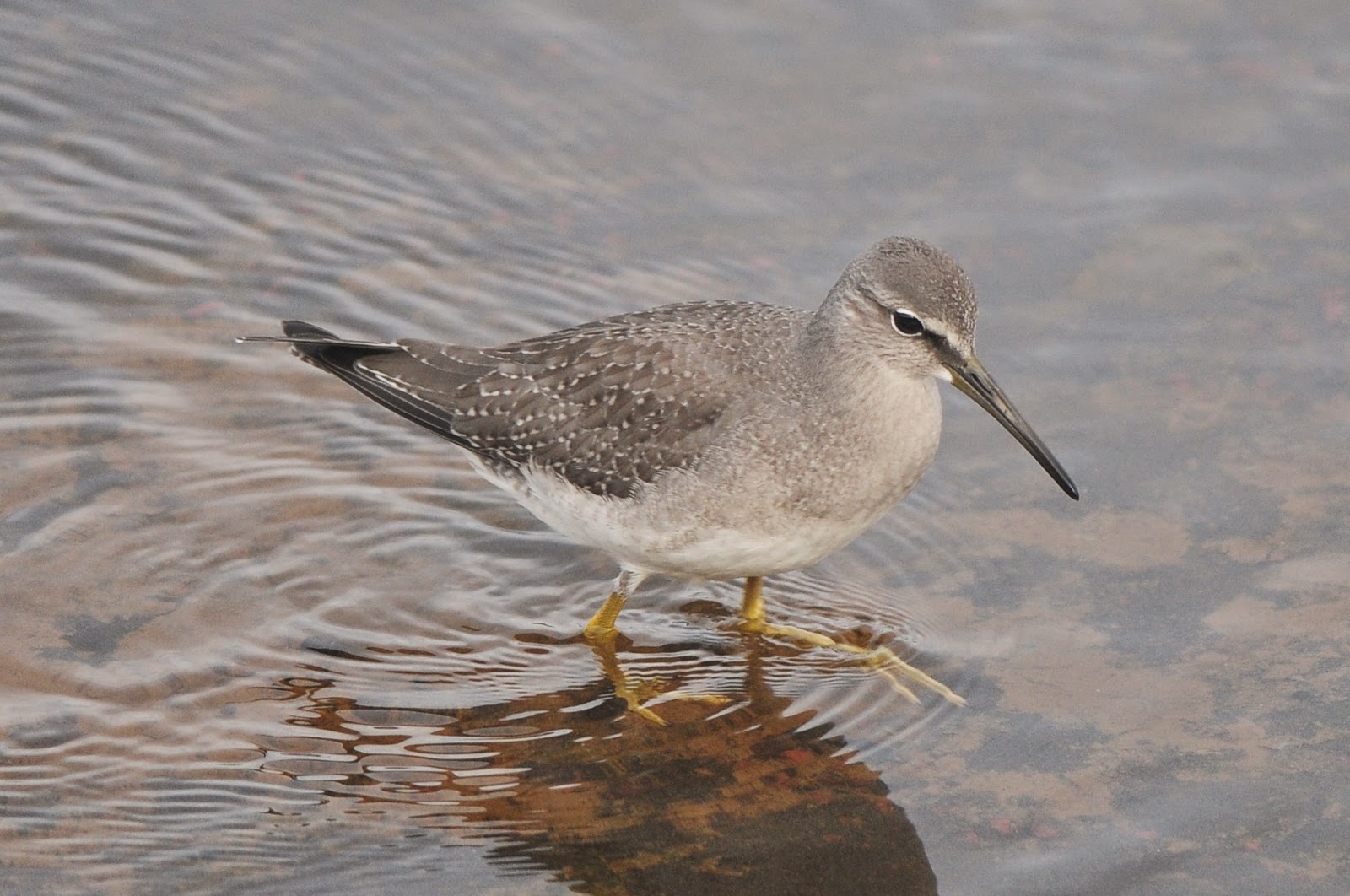 Look again from farther away: 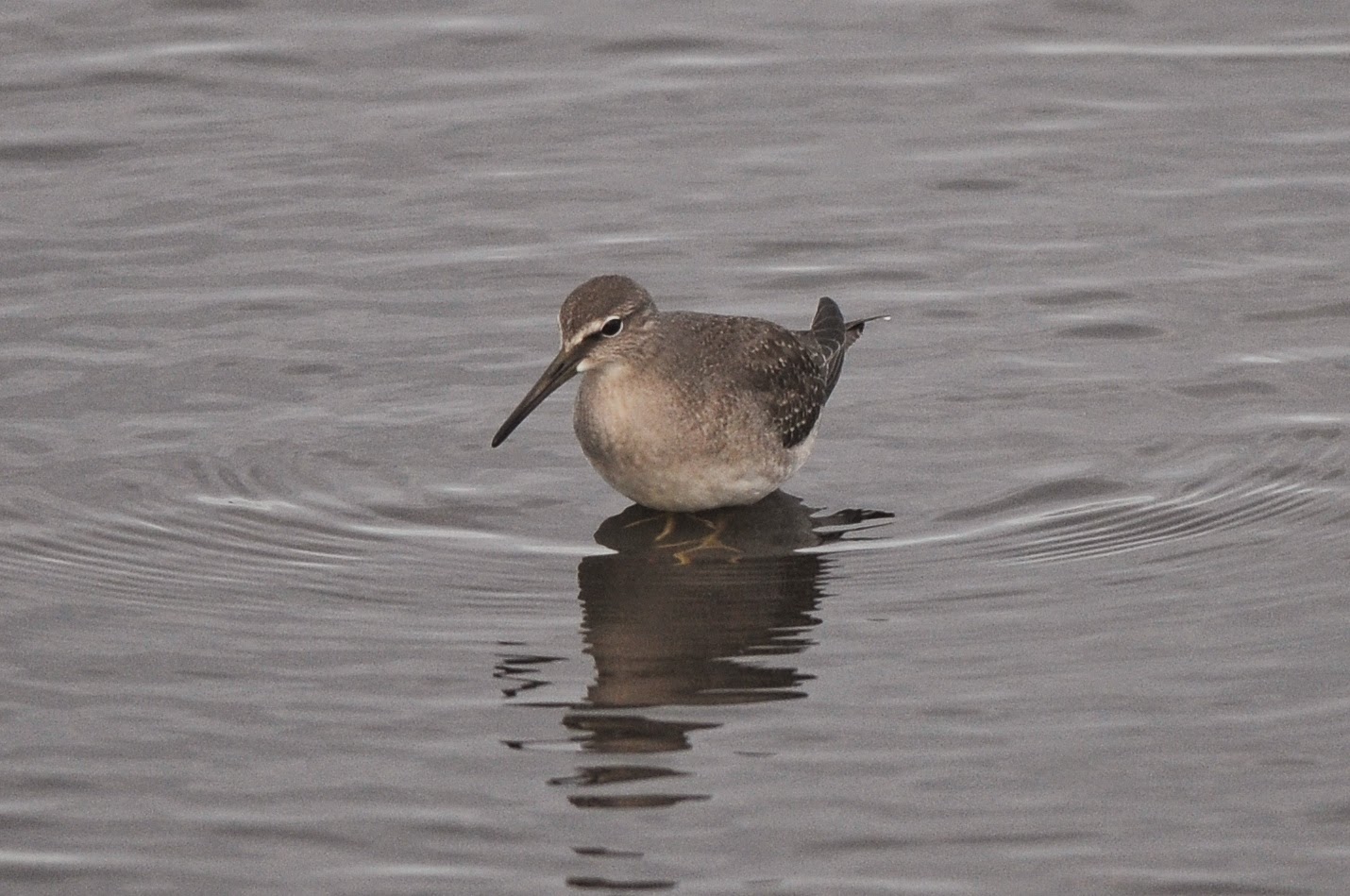 For comparison, look at this WANDERING TATTLER below.  Any hint of the supercilium behind the eye? 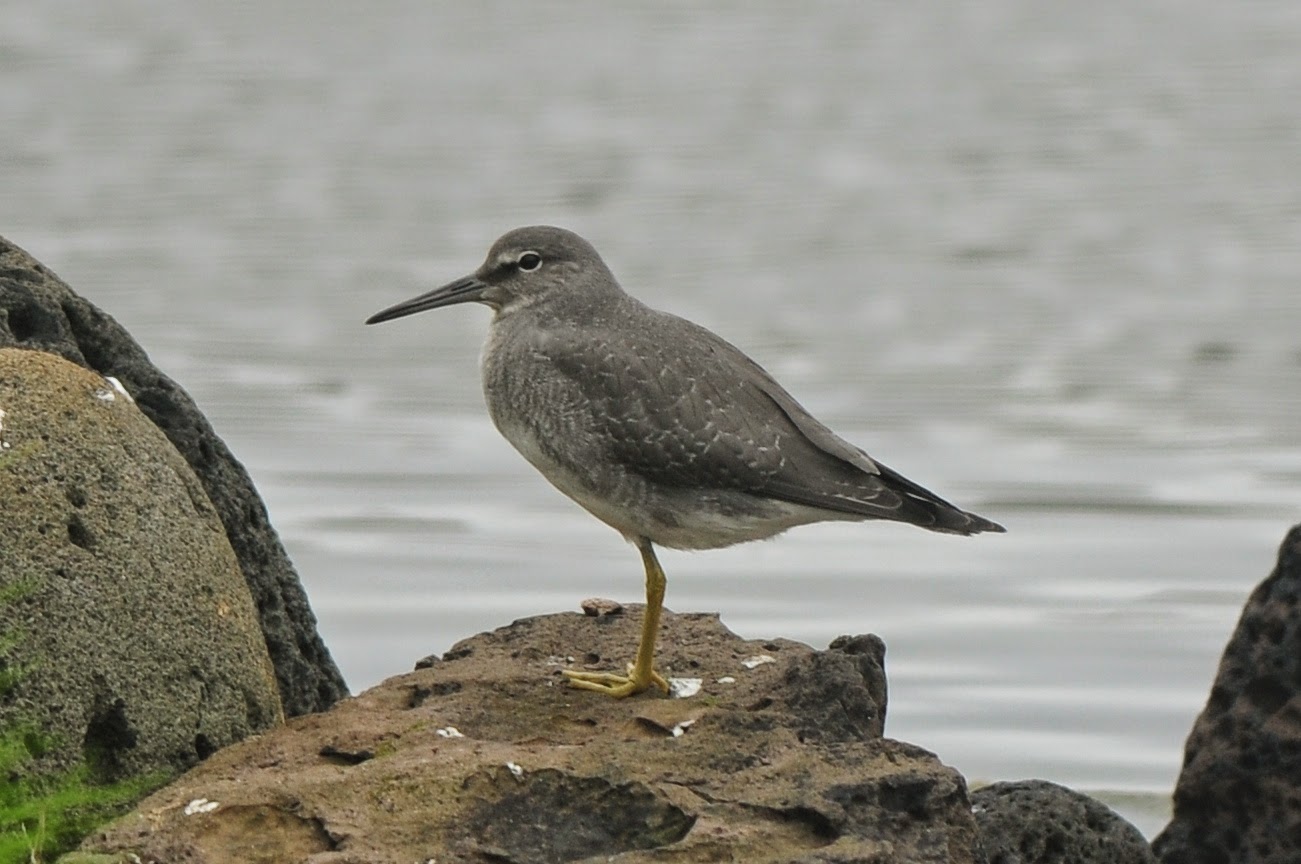 Here are the two species side-by-side.  Look specifically at that supercilium-behind-the-eye mark:

Taking an even closer look at the GRAY-TAILED, the supercilium very nearly meets right over the bill.  It doesn't but it comes much closer than a WANDERING would.  First the GTTA: 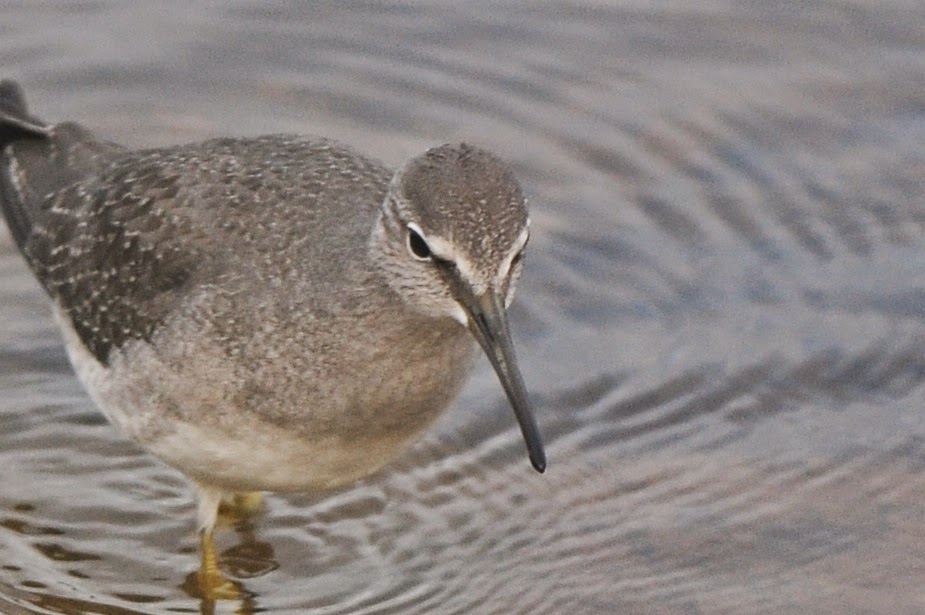 And now the WATA for comparison.  Notice how you can see both eyelines coming towards the bill but there is distinct dark separation there: 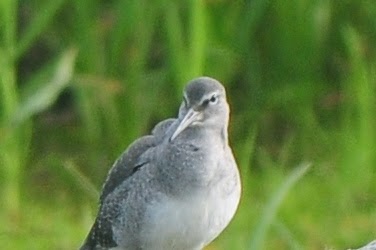 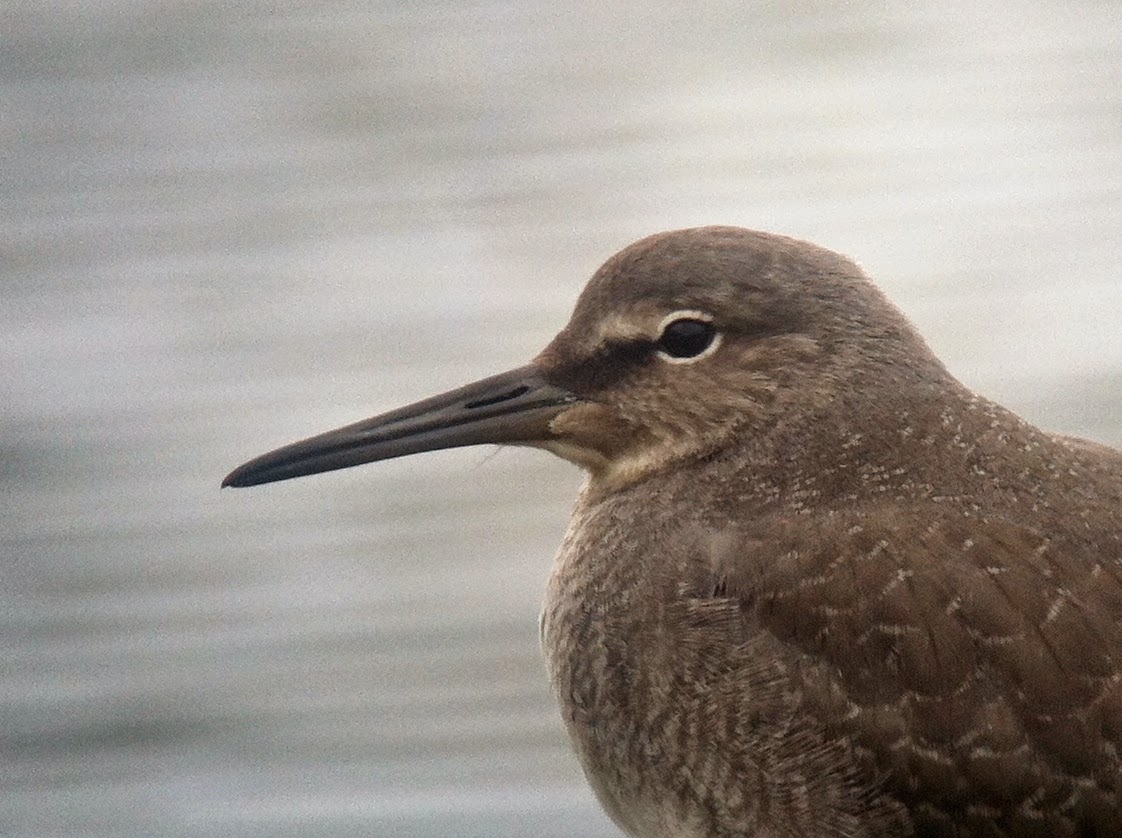 And now compare that to the nasal groove of the GRAY-TAILED: 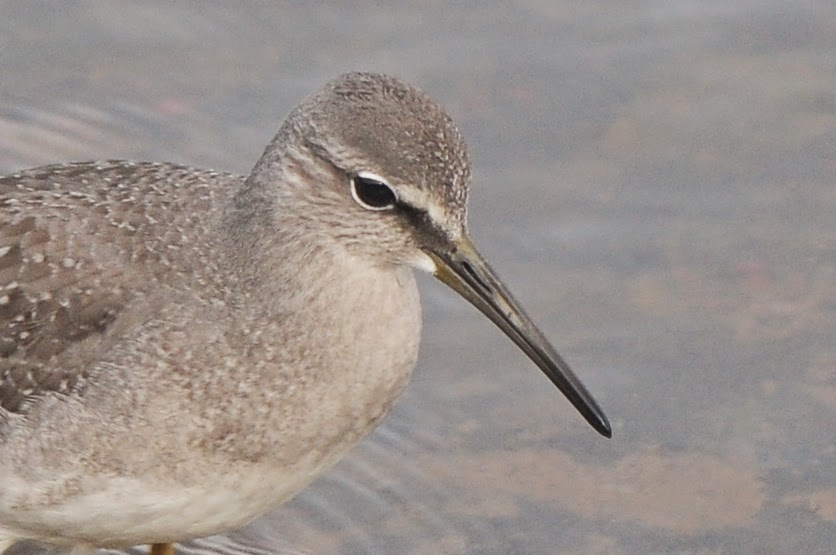 Boom.  Sure looks like it's about 1/2 the bill length, considerably shorter than a WANDERING.

Anyway, moving on.  The juvenile LESSER SAND-PLOVER is still reliable on Pumphouse Lake (we're on day 10 for this bird): 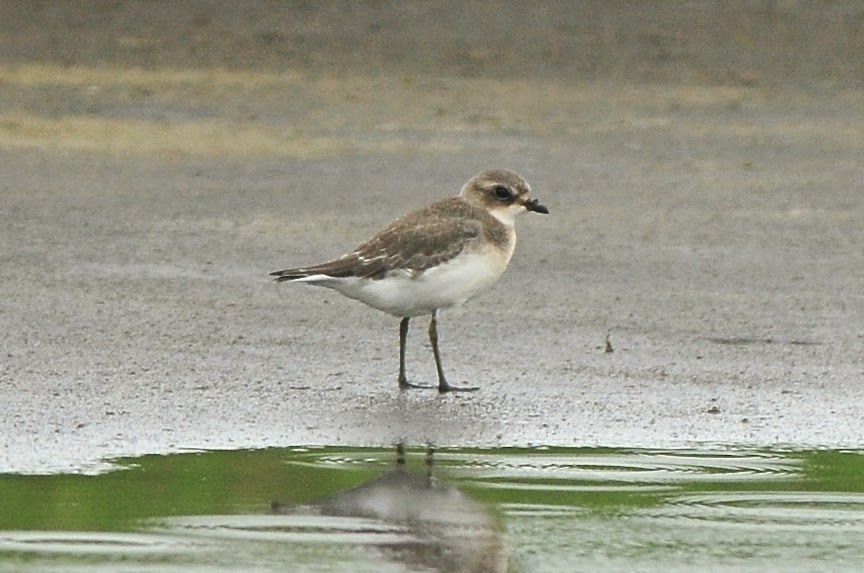 A swallow was hanging out with the shorebirds on Salt Lagoon the other day (no really, it was hovering over the Rock Sandpiper flock looking like it wanted to land on the shoreline).  It finally found a nearby rock to perch on.  With a scope, we could confirm that it was a SAND MARTIN: 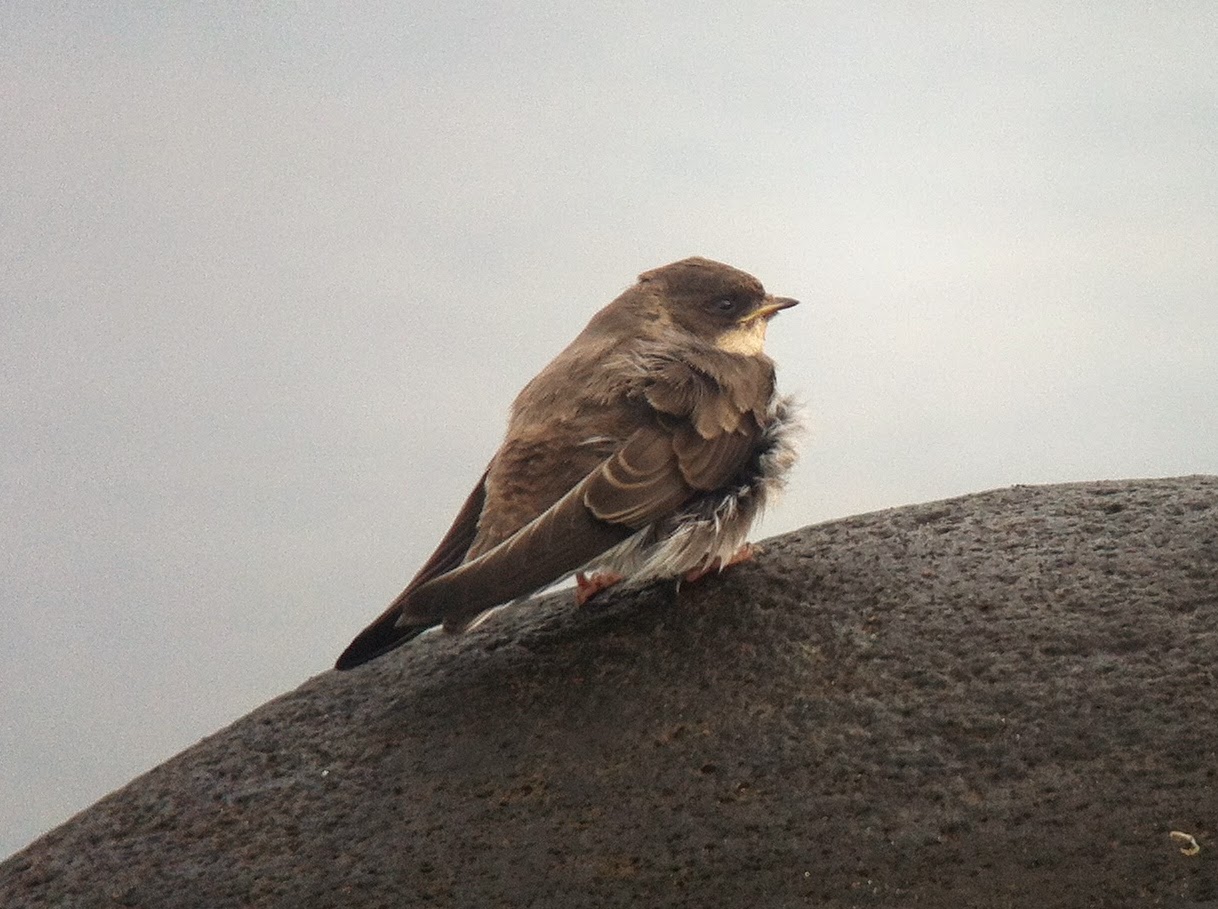 Haven't heard of a Sand Martin before?  It's another name for BANK SWALLOW, in case you were wondering.  Cropping it off-center, making it black-and-white, and boom, it's art: 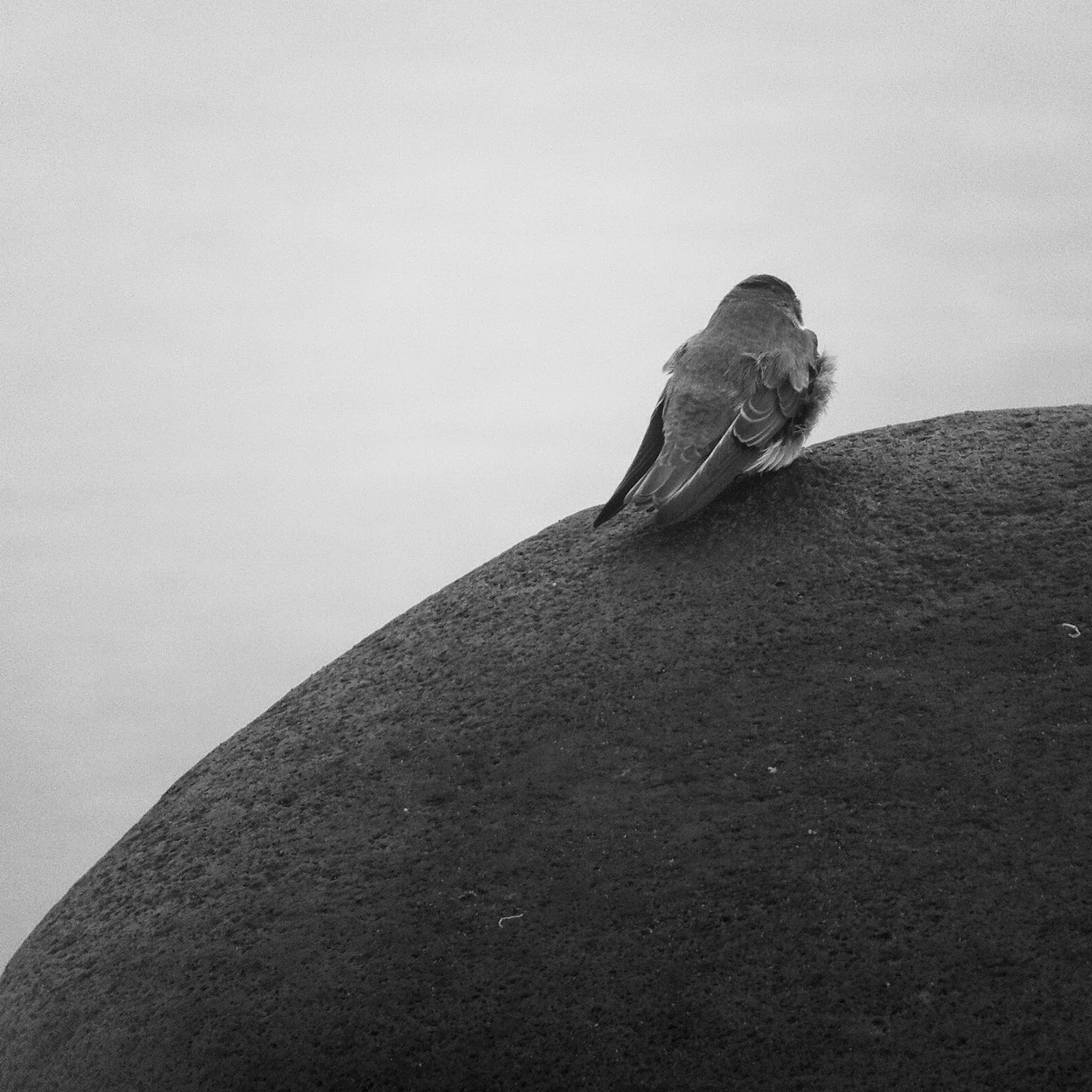 In closing, here's a view of town you haven't seen before on my blog: 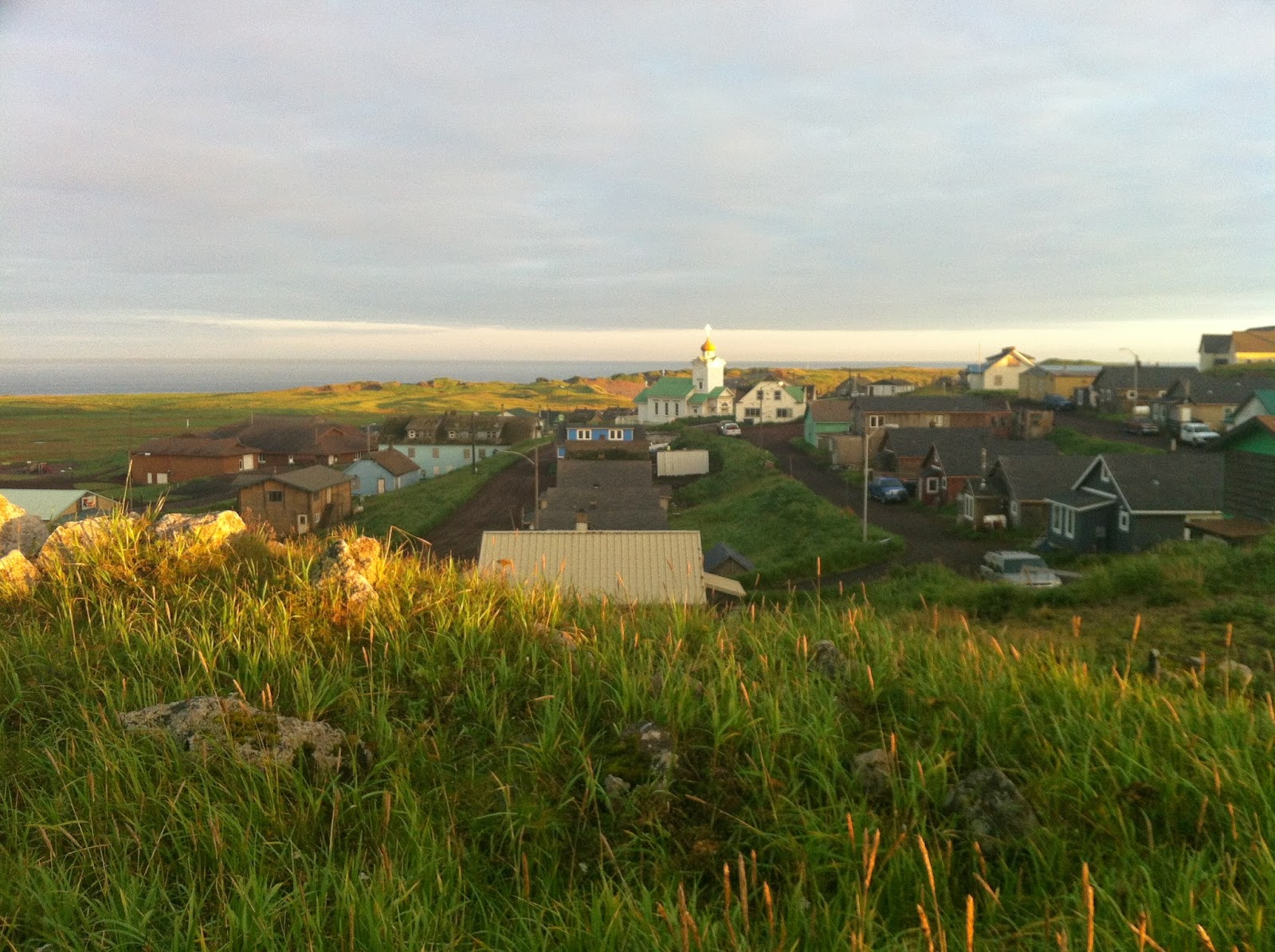