We FINALLY have a break in the weather happening which hopefully pushes in some interesting birds in the coming days.  The winds first started coming out of the northwest but never got that strong, maybe 20 mph.  However, they were apparently strong enough to bring in a bunch of adult tattlers; I had 10 WANDERING and 2 GRAY-TAILED between two stops the other morning.  Here is one of the latter behind its darker-backed relative: 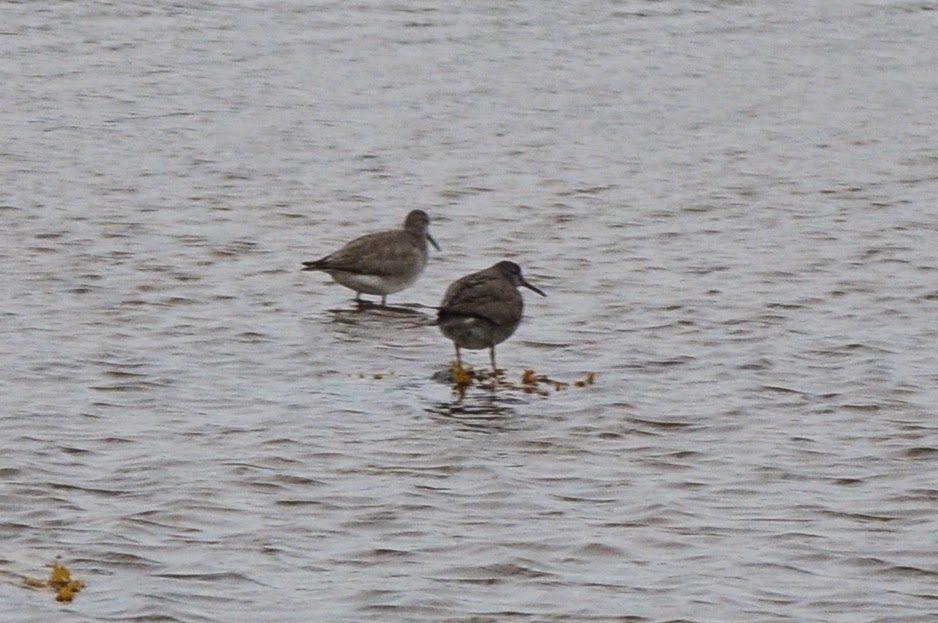 Here's a different WANDERING TATTLER from yesterday, an ultra dark and barred individual, but notice how my digiscoping phone makes the grays look more like browns.  Oh well, the scope view was fantastic! 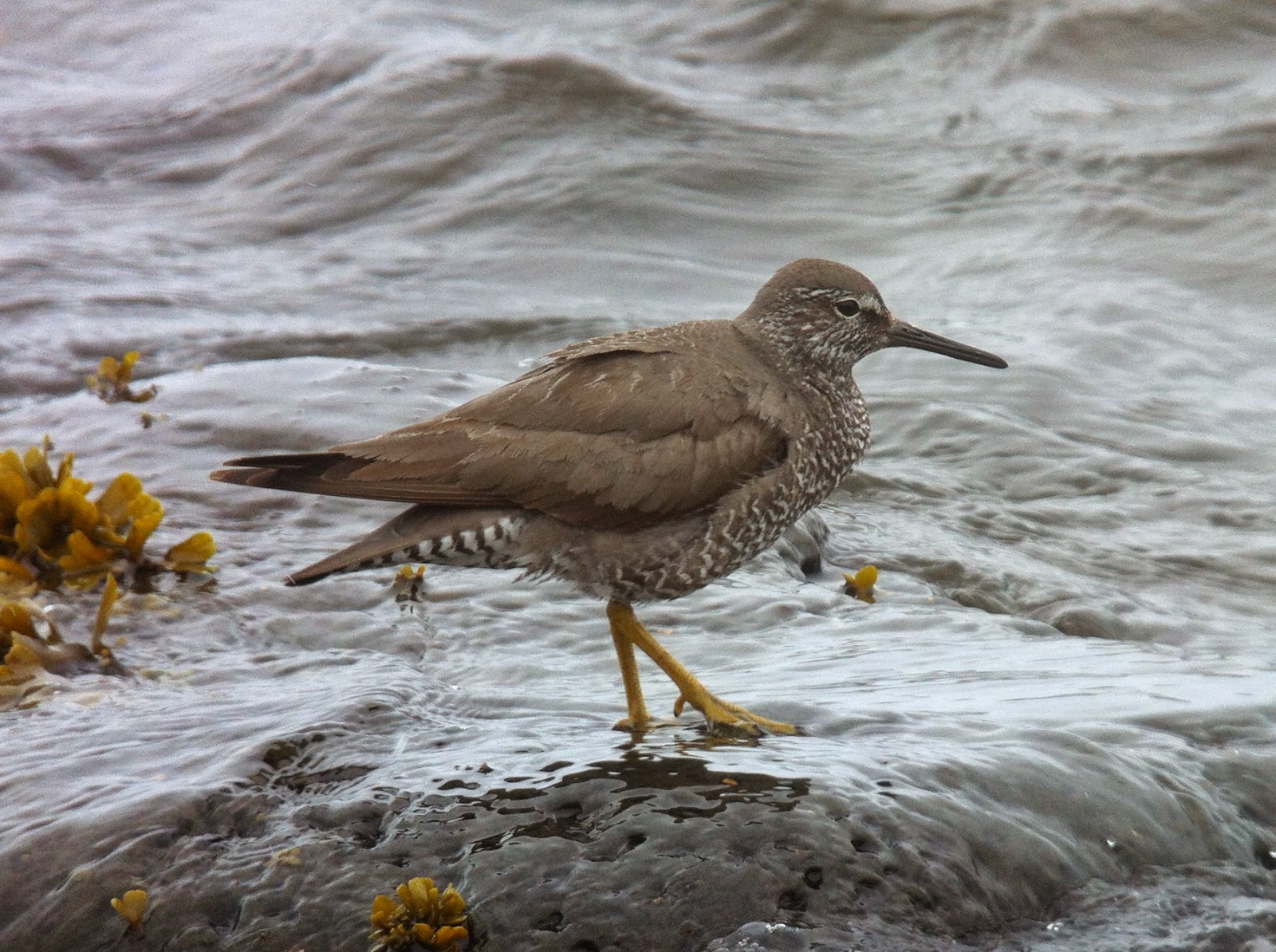 Birds don't arrive on St. Paul via this aircraft... but you would if you chose to visit: 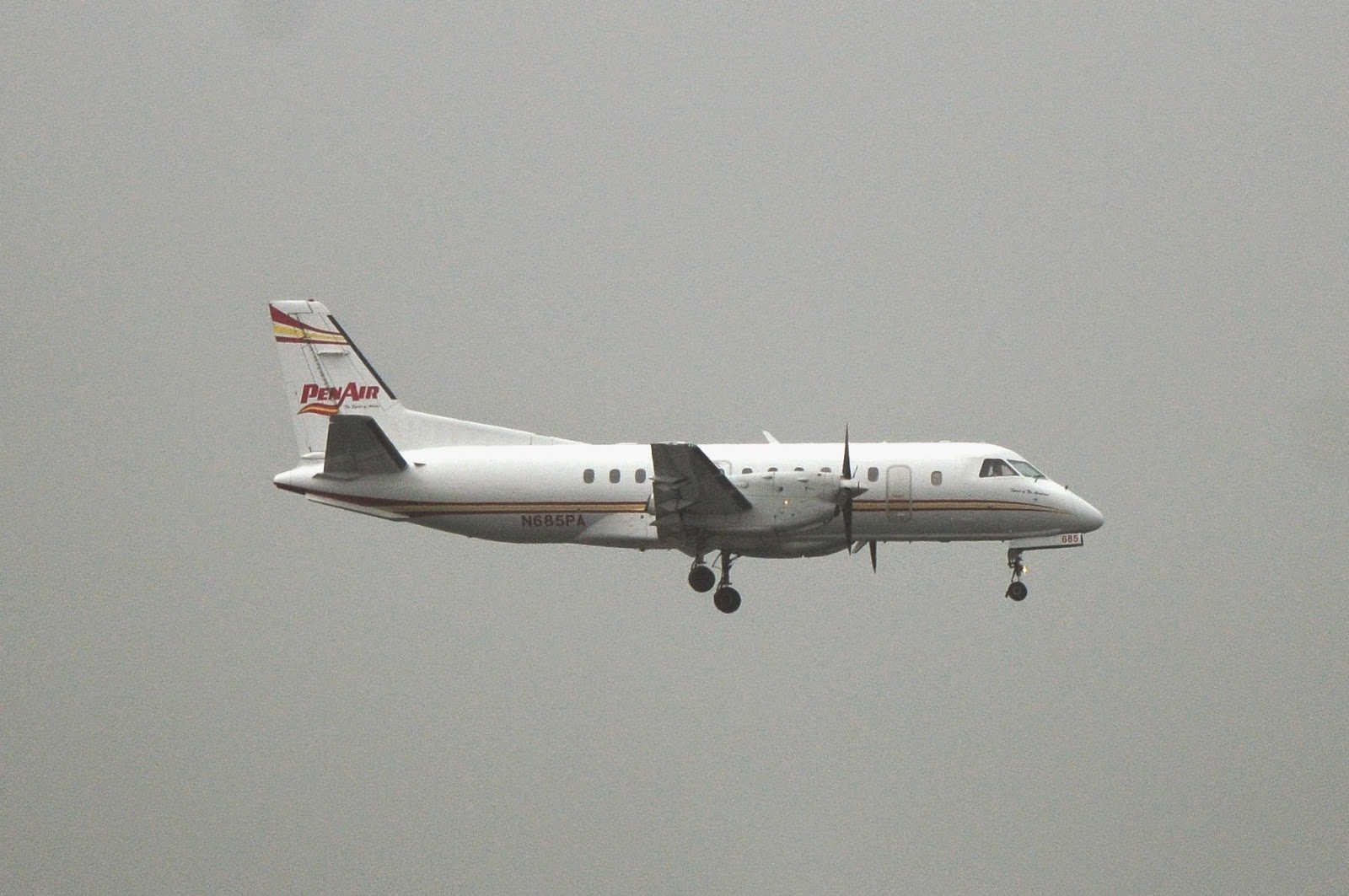 (I figured I'd take a pic since I was birding at Tonki Point and saw the plane coming right by).

Kittiwakes are doing interesting things these days.  First, here's a RED-LEGGED KITTIWAKE on the very-convenient Ridge Wall cliff which was the first time I had seen them perched there: 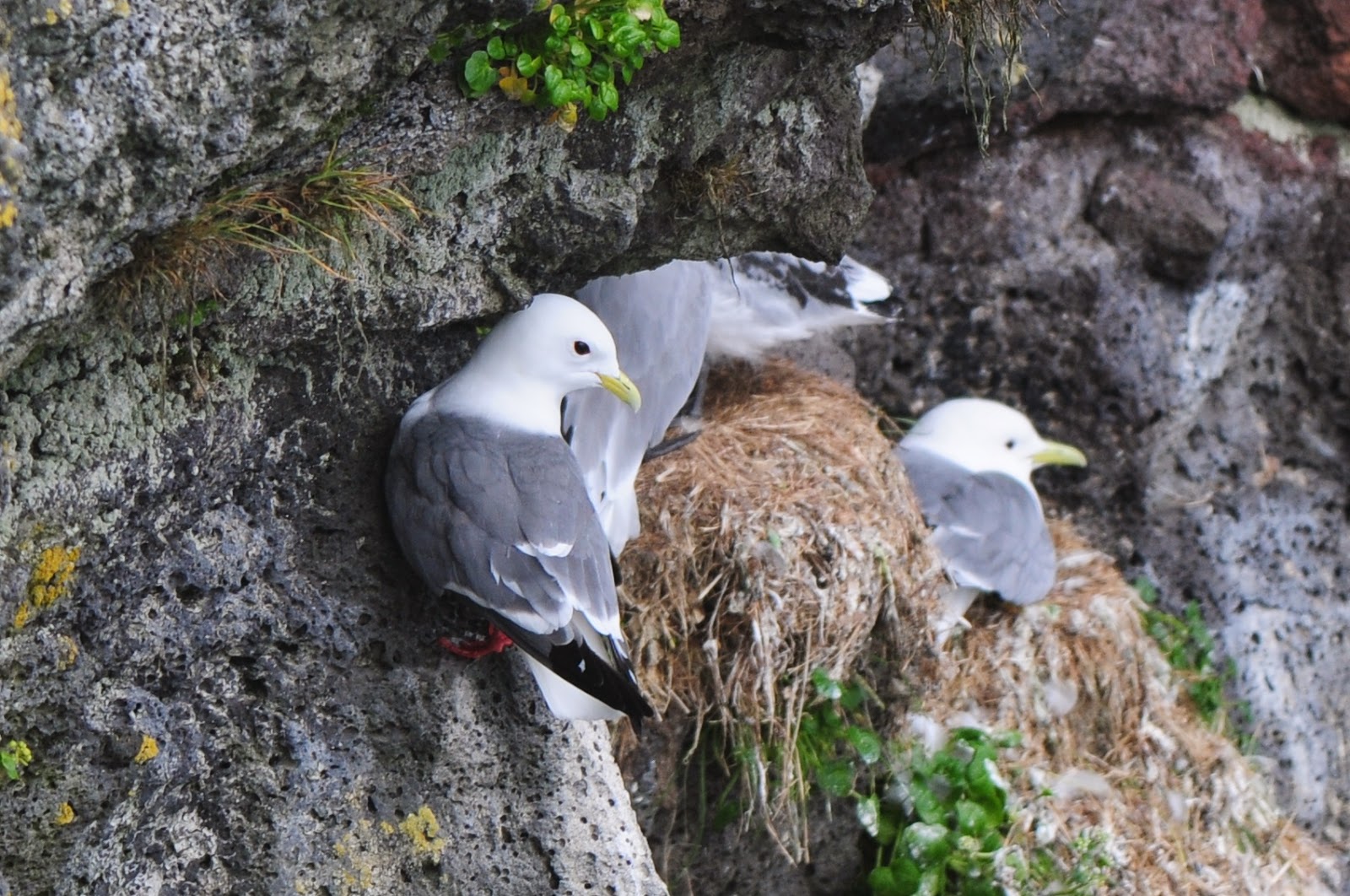 Some of the RLKIs are showing signs of basic (winter) plumage too; notice the black dot on the cheek: 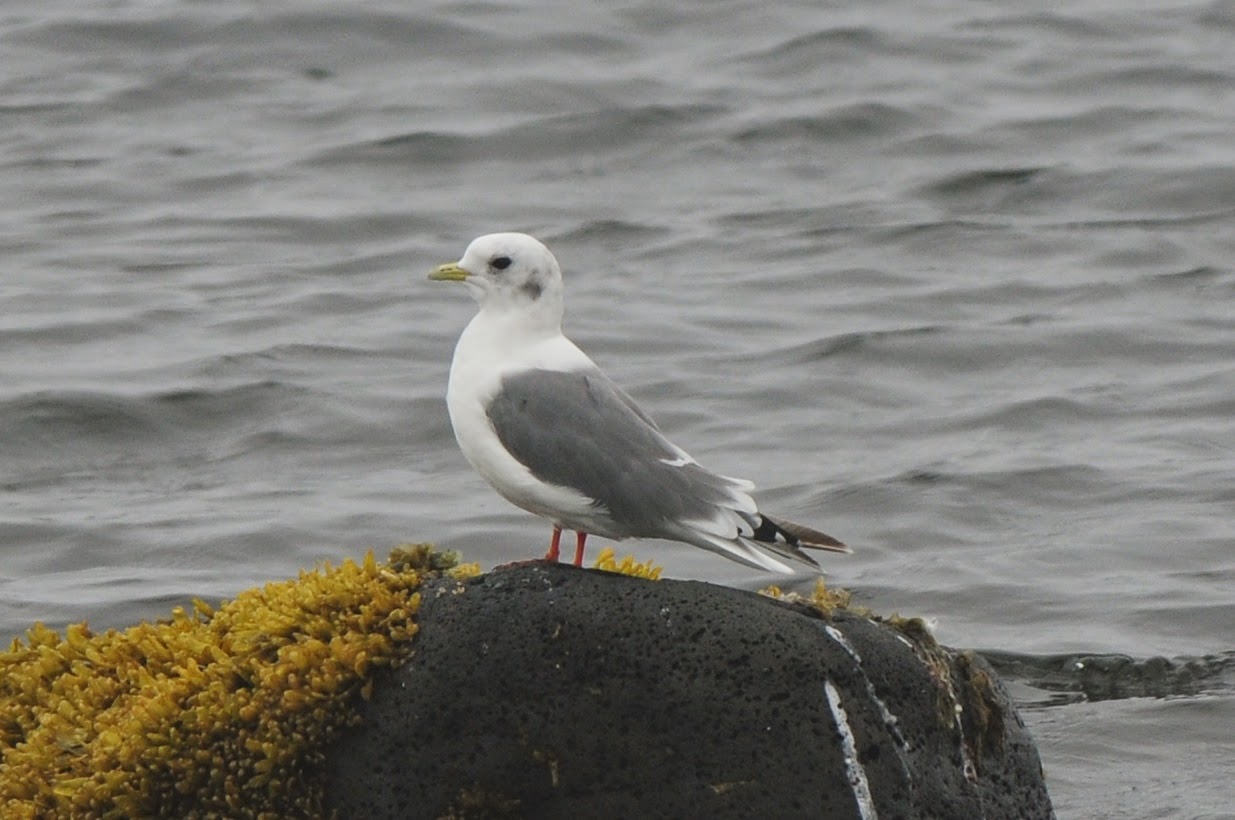 But still, most are their usual, attractive self: 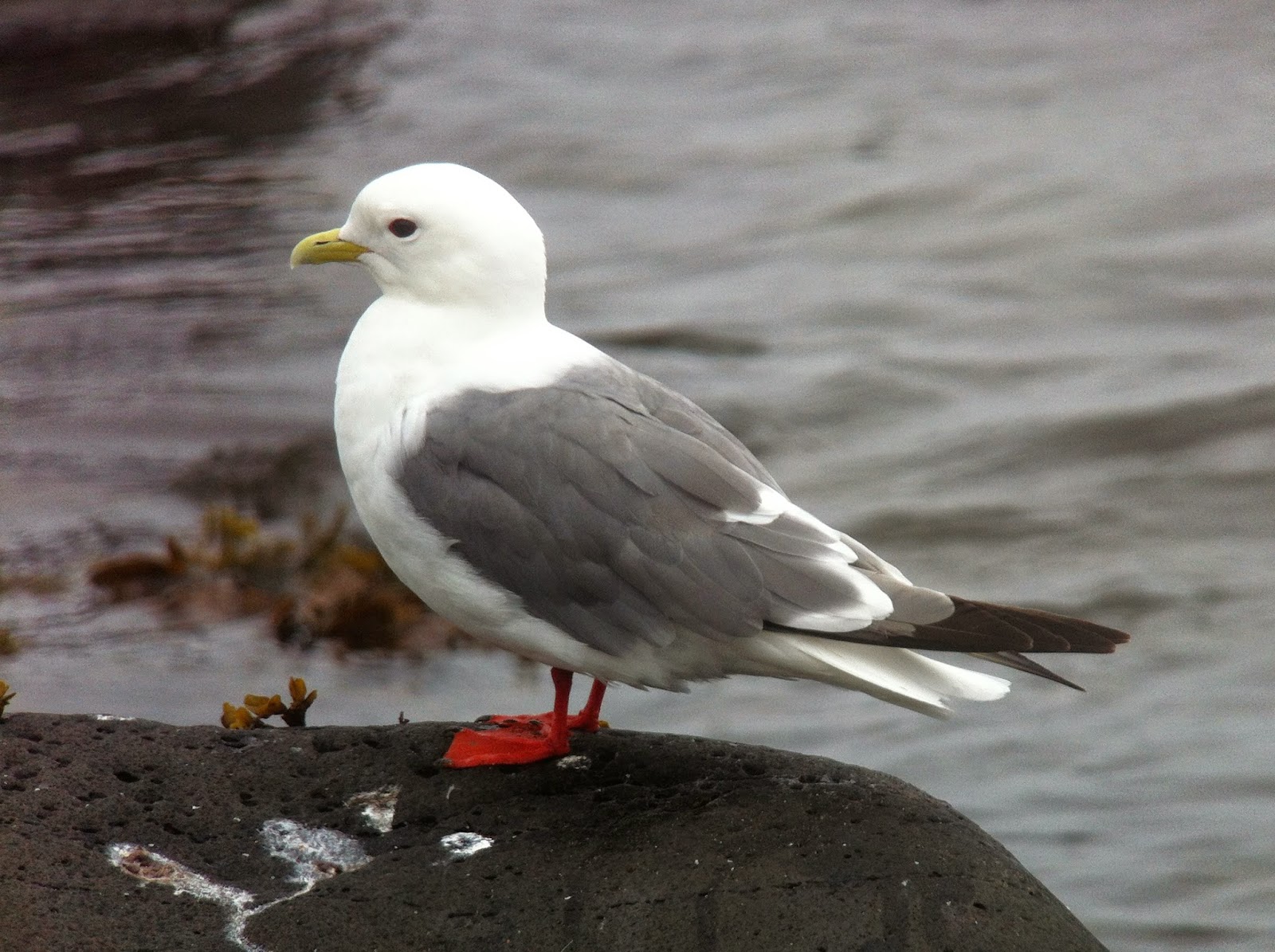 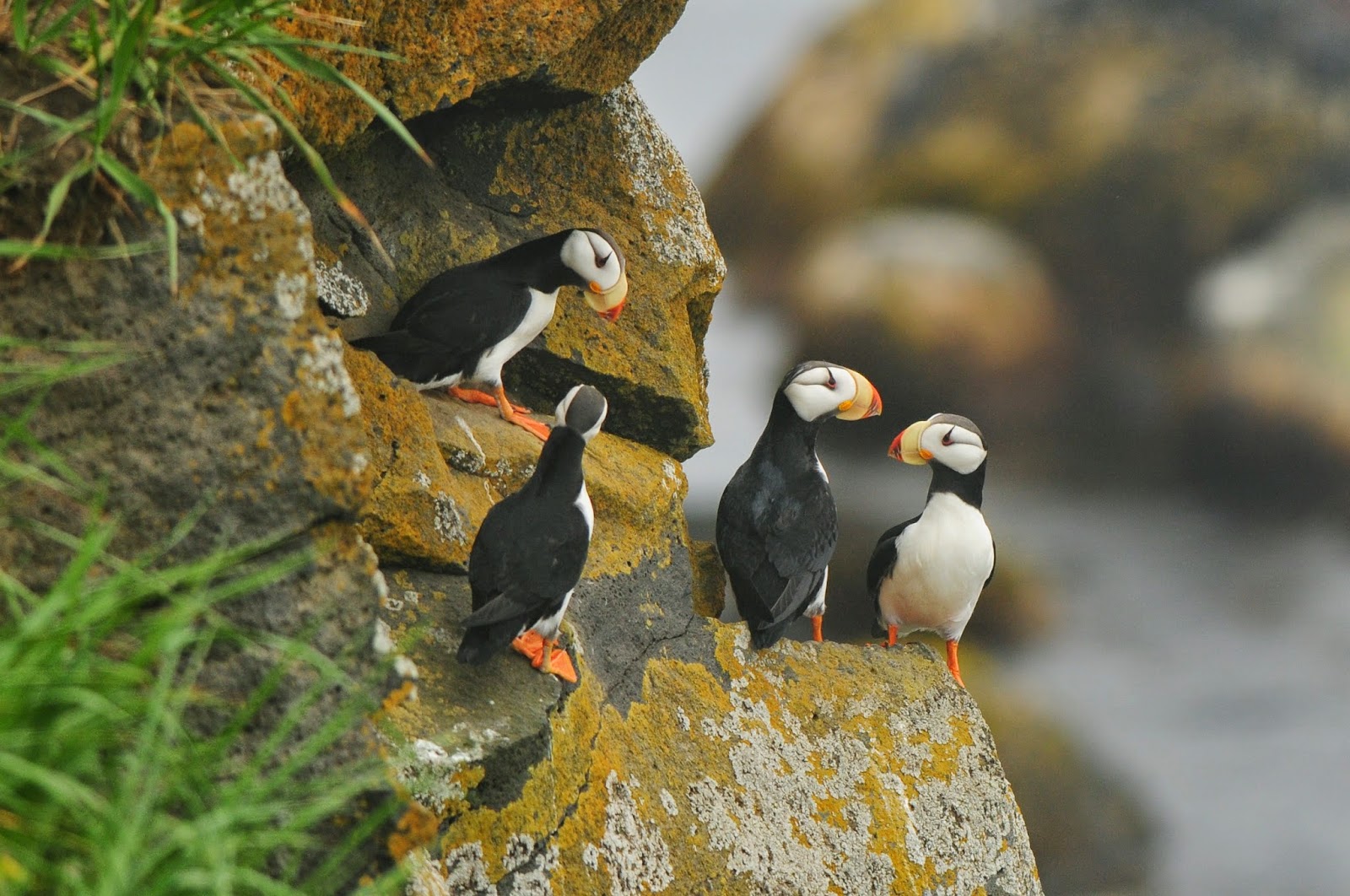 Speaking of HORNED PUFFIN, here's another digiscoped photo I took with my phone yesterday: 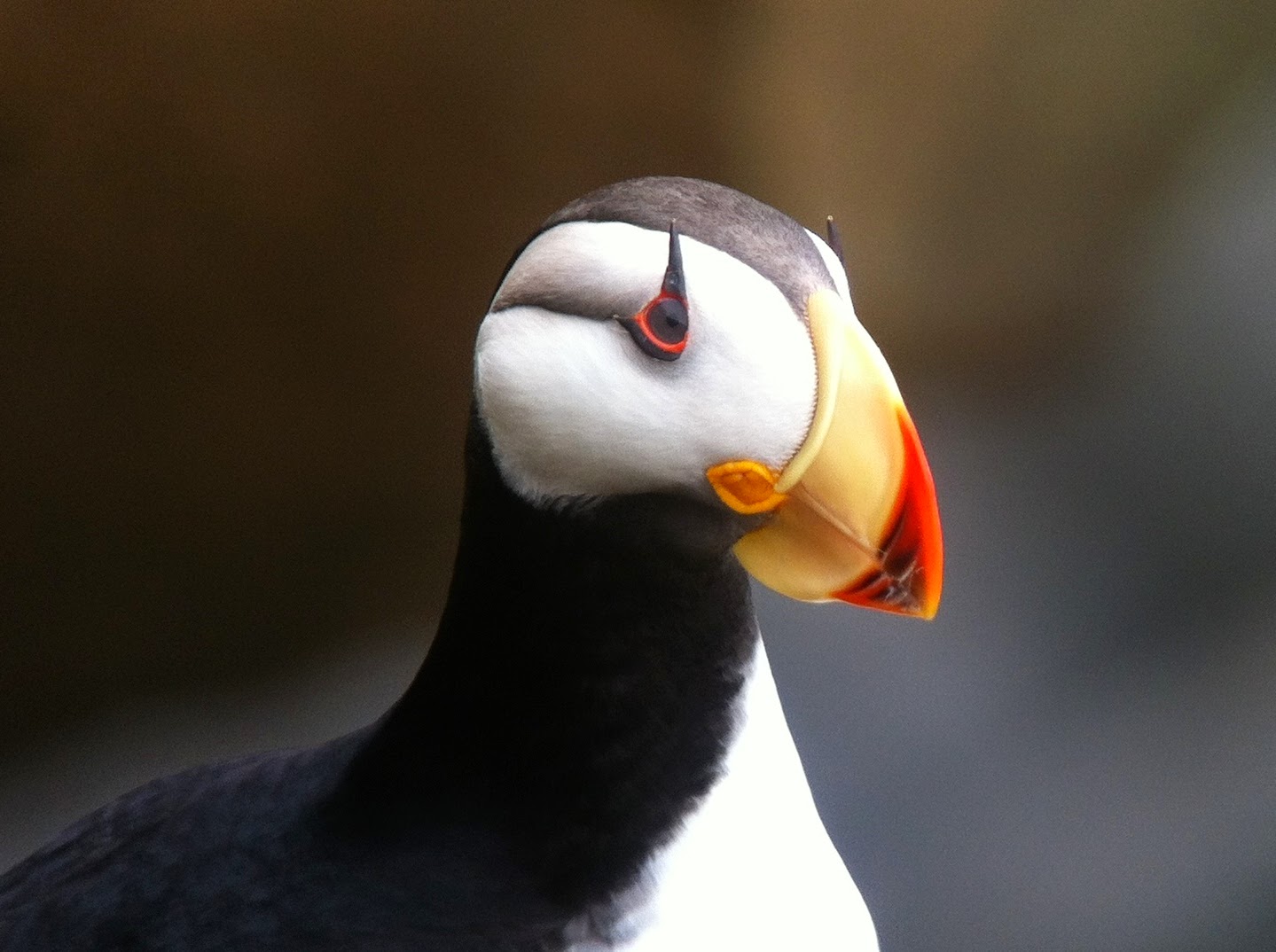 It's early-August and we're already noticing that some species of auklets are getting harder to find.  We still see them if we go to their favorite spots but they're definitely less noticeable than earlier in the season.  Perhaps the one I see least often now is Least Auklet.  However, the PARAKEET AUKLETS, like the one below, are still on the cliffs in full force: 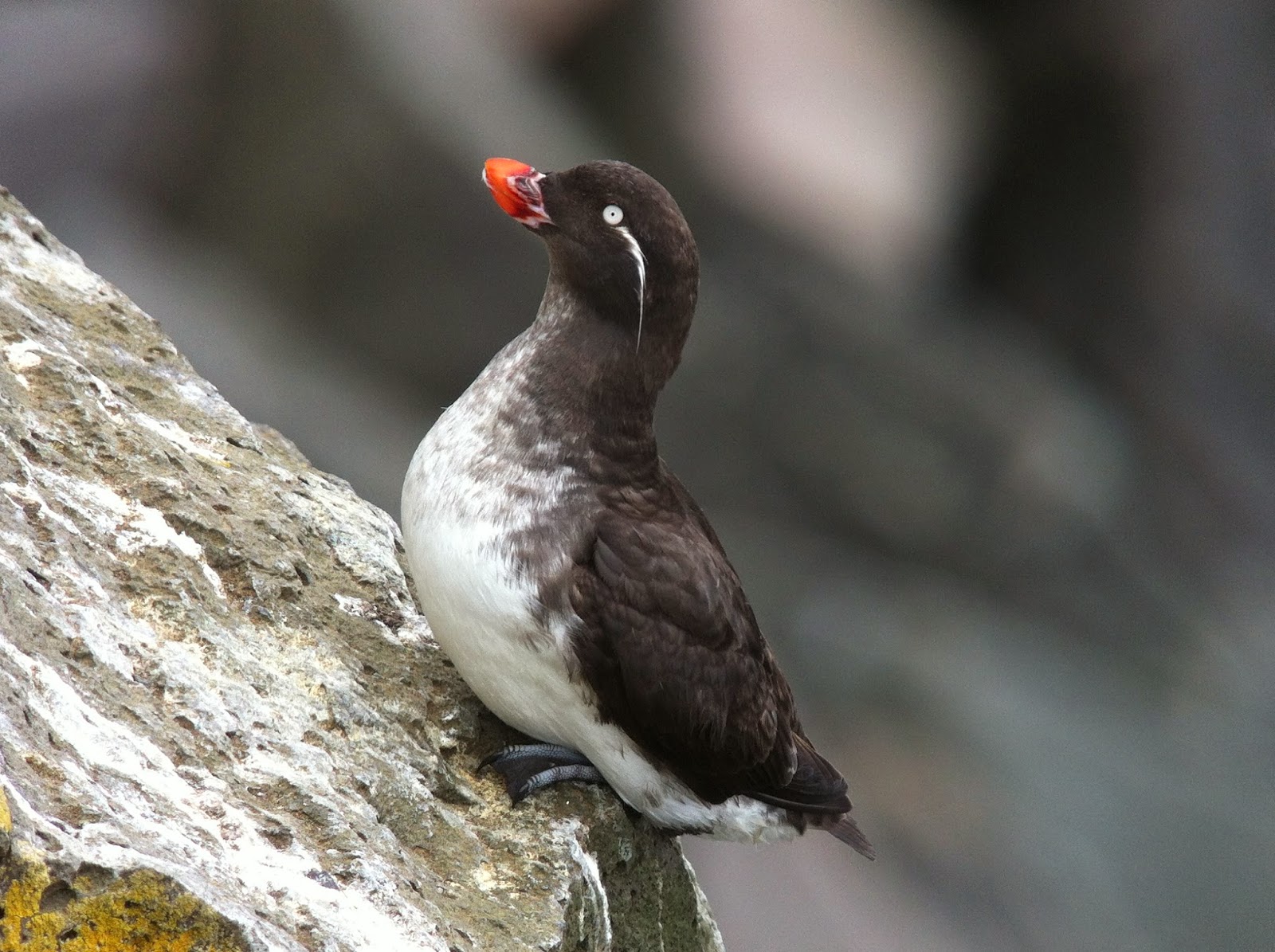