With August already coming to a close, that means I only have 1.5 months left on the Pribilof Islands.  Birding is still going well though and with this season comes an increase in some birds I've been waiting for.

At this point in time, SHARP-TAILED SANDPIPERS are by far the most numerous Code 3 species we see on the island.  Growing up in the Midwest, this species was just as foreign to me as a Nordmann's Greenshank.  However, even though spending time on the "left coast" in the Golden State put me in the path of a couple, coming to St. Paul and experiencing this species in abundance is way better.  At this point, we literally see them daily, often in double-digit numbers.  In fact, later in the season, we'll probably have days of 50+.  Here's a gorgeous juvenile at the Tonki Point wetlands last night: 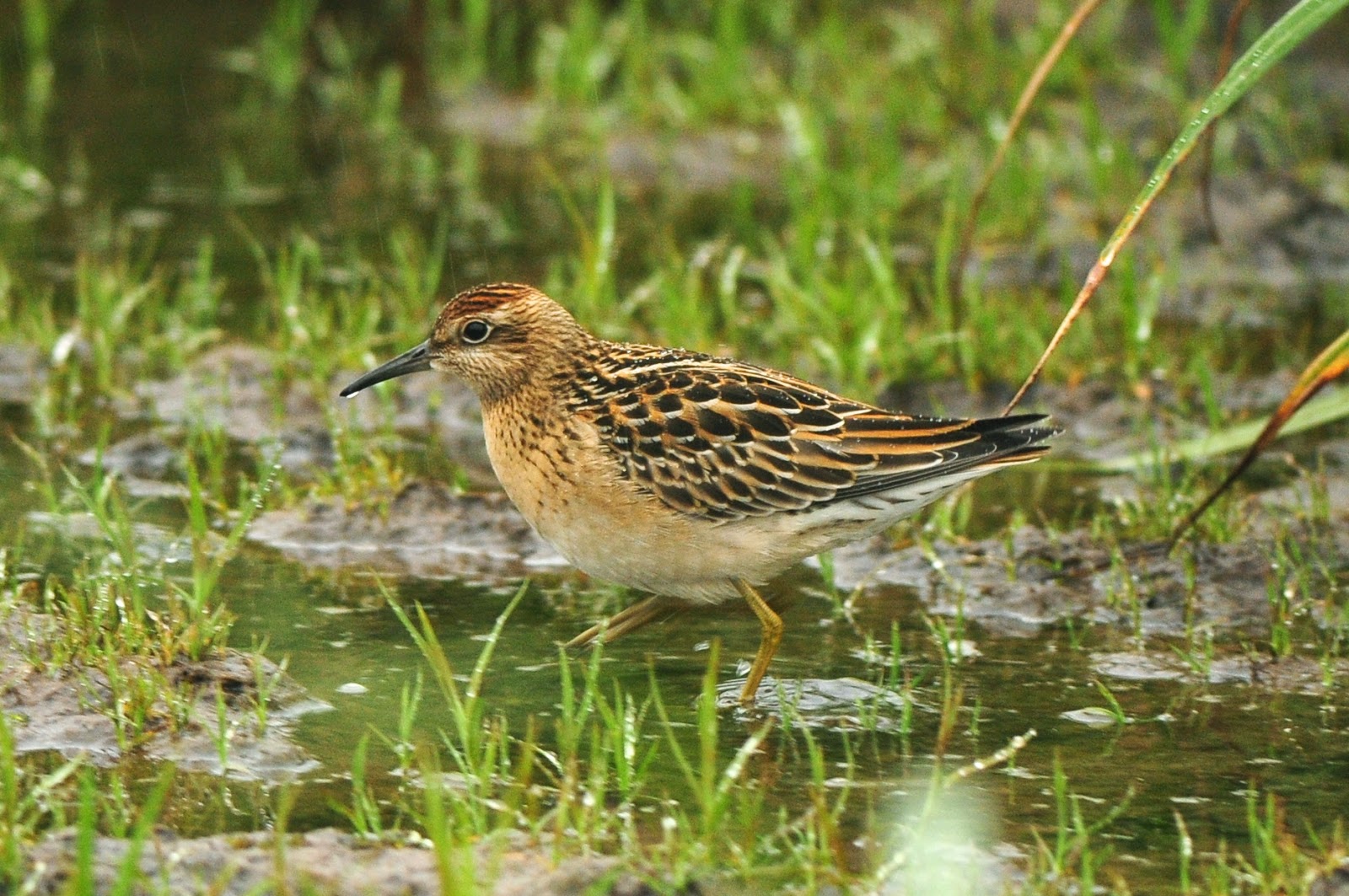 I ventured to Antone Slough today to check on things; look how much LESS buffy this bird looks compared to the one last night.  But with that bold white eyering, deep rufous cap, and lack of streaking on the middle of the breast, there's still no doubt about the ID: 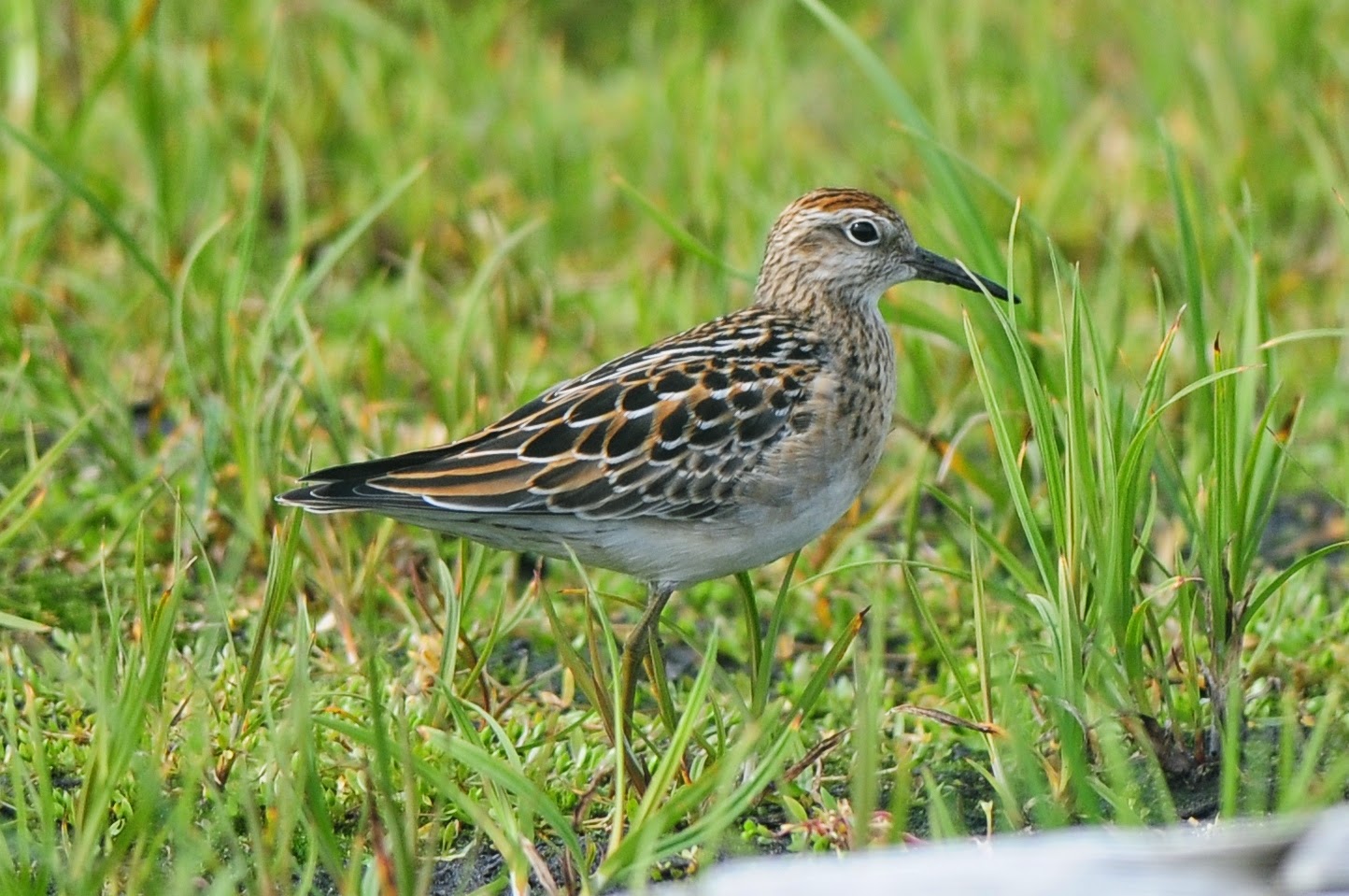 Another Code 3 shorebird that isn't rare here is the RUFF.  This young bird has been hanging out in Antone Slough for the last two days: 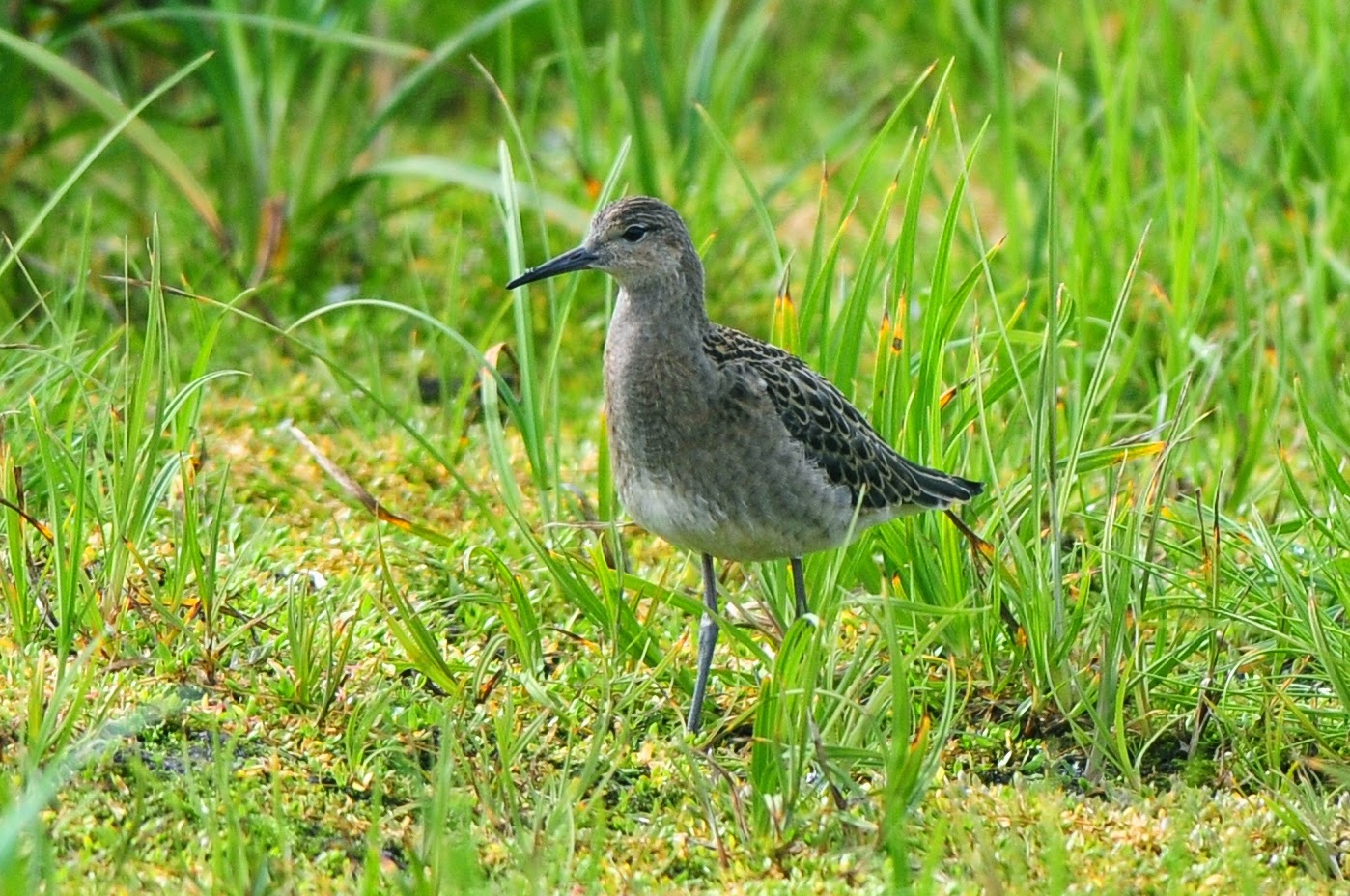 You might remember, we had at least 3 RUFFS visit St. Paul Island earlier this year.  The season isn't over either; it's a very safe bet that there are more to come.

Oh, lest you forget our tattler tussle, here's a bird to try your newfound skills on.  Wandering or Gray-tailed??? 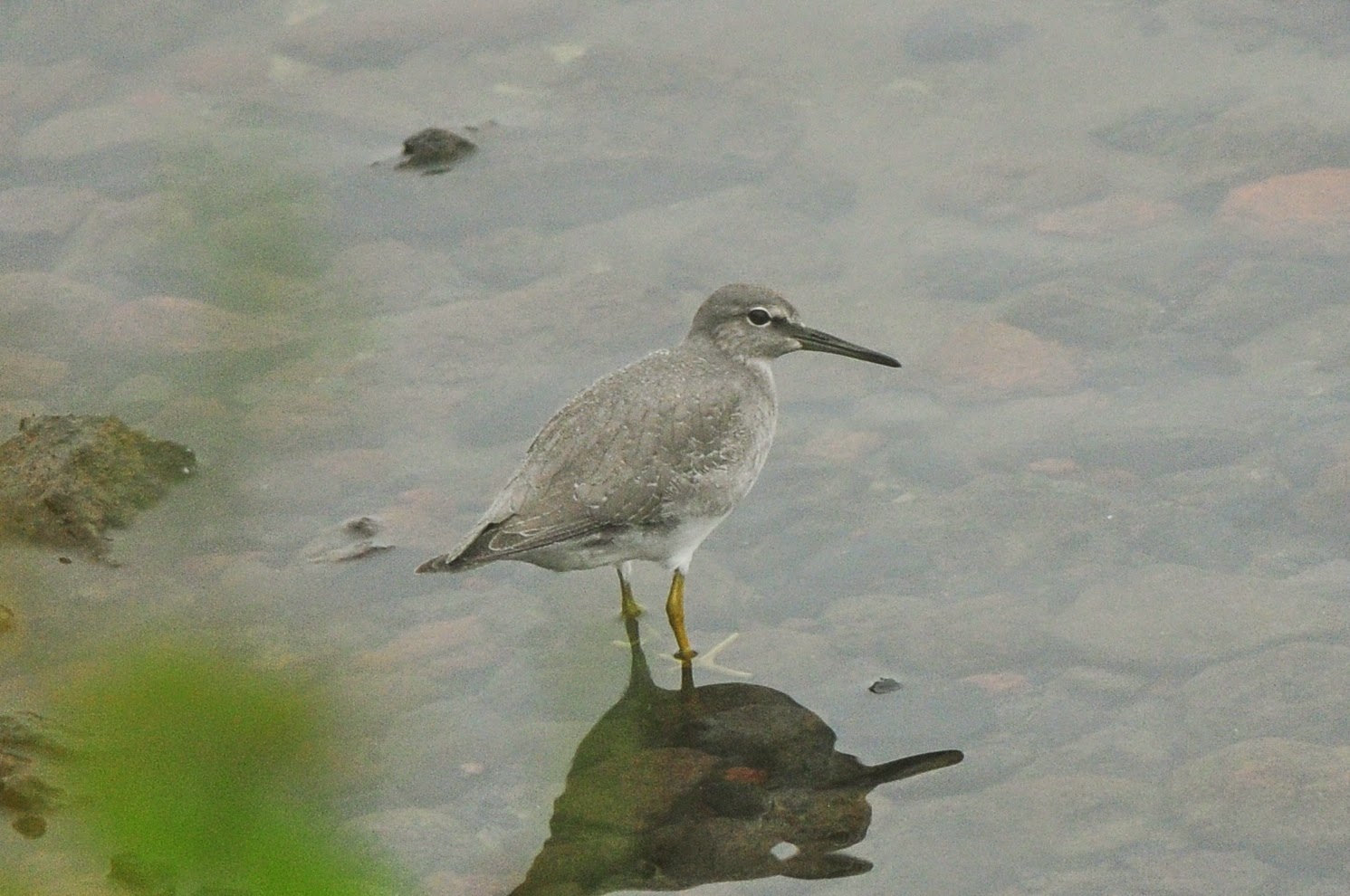 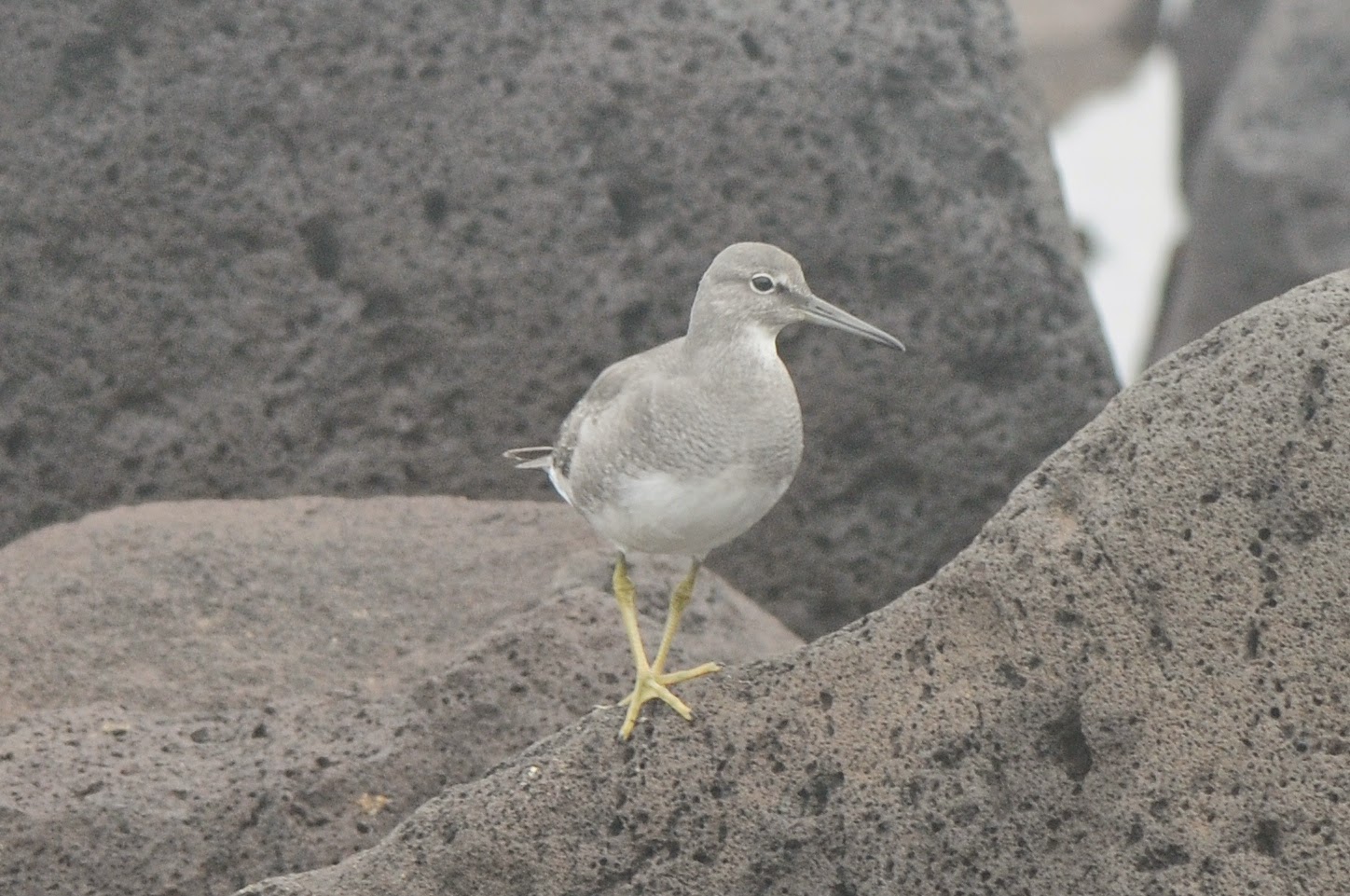 So this is a WANDERING TATTLER but it wasn't as obvious and they sometimes are.  This one is trying to show a tiny bit of an eyeline behind the eye but it's clearly not happening like an in-your-face GRAY-TAILED.  Plus, the nasal groove looks longer than 1/2 of the bill to me.

When we arrived on St. Paul Island 3.5 months ago, we were greeted by some TUNDRA SWANS.  Well, those swans decided to stick around which is fine with us; they're quite rare on St. Paul and having some summering rarities seems to be popular with birders.  However, the swans have started changing some of the colorations on their bills which is making it more interesting.  For example, here are two of the "WHISTLING" TUNDRA SWANS, one with more yellow on the bill than the other: 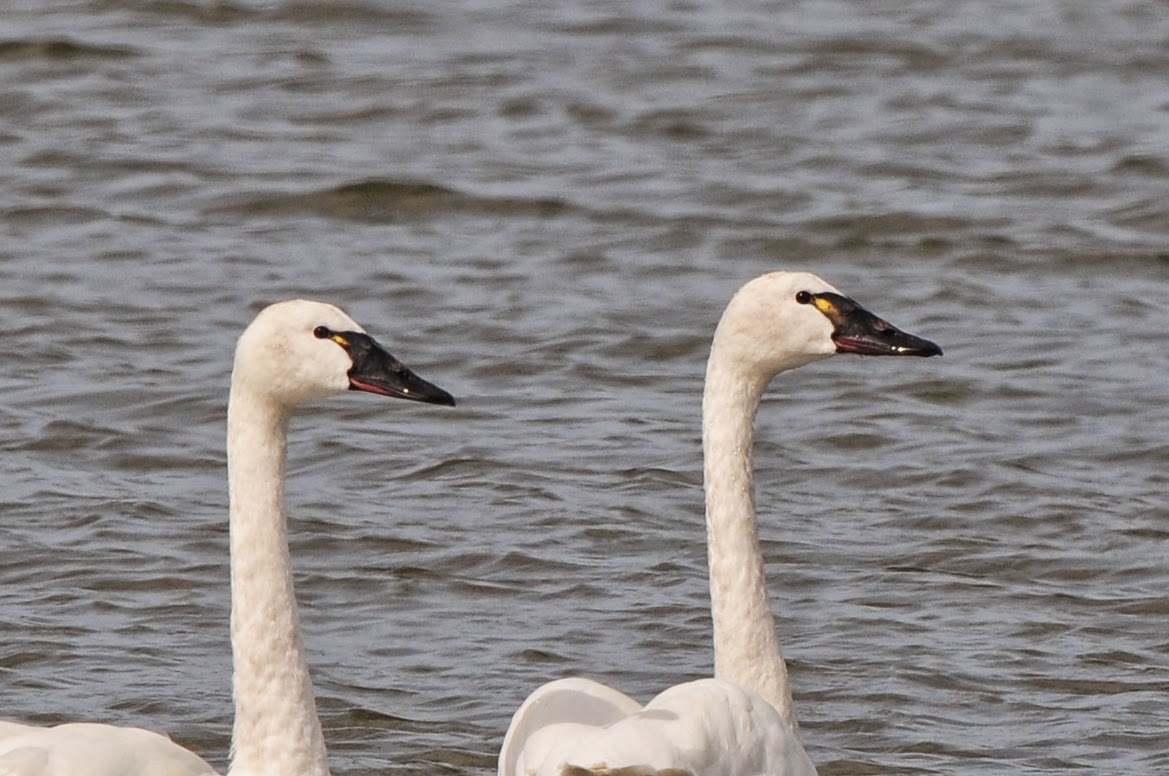 The "BEWICK'S" TUNDRA SWANS are still fairly bold though: 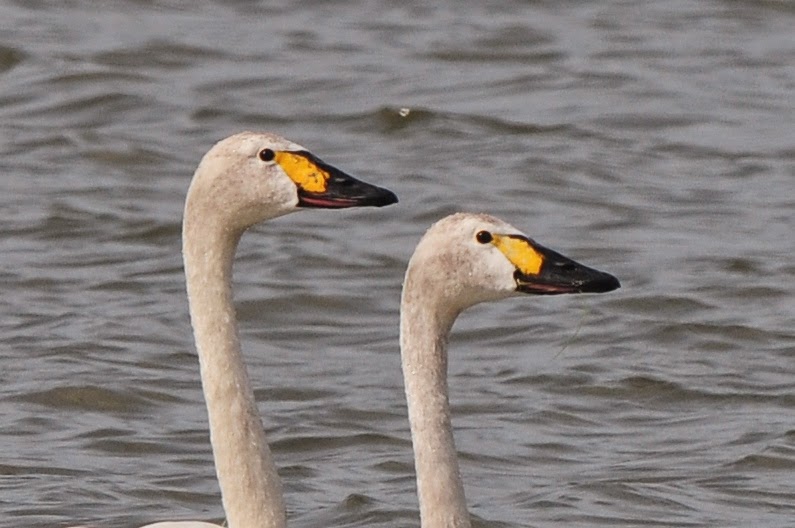 The third Bewick's has a yellow patch that is starting to fade somewhat.  At a distance, it's not as obvious but getting an up-close-and-personal look does the trick: 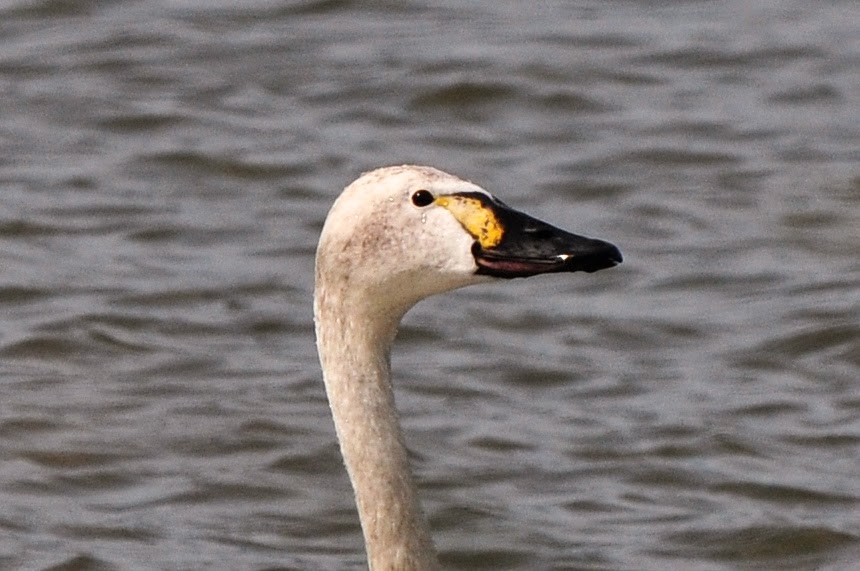 The fall season is when we check the crab pots a lot more.  Providing shelter for migrants that are stuck here (and looking for trees), the crab pots can be a popular destination for both birds and birders.   How can we forgot the first North American record of Northern Boobook found in the crab pots here?  Or the Asian Brown Flycatcher... or Taiga Flycatcher... or Siberian Accentors... or, well, the list really does go on and on.  Hopefully I'll have some crab pot rarities to report soon!

Although they're not uncommon these days, bumping into some GOLDEN-CROWNED SPARROWS in the pots provided some mild entertainment and a reason to take a photo: 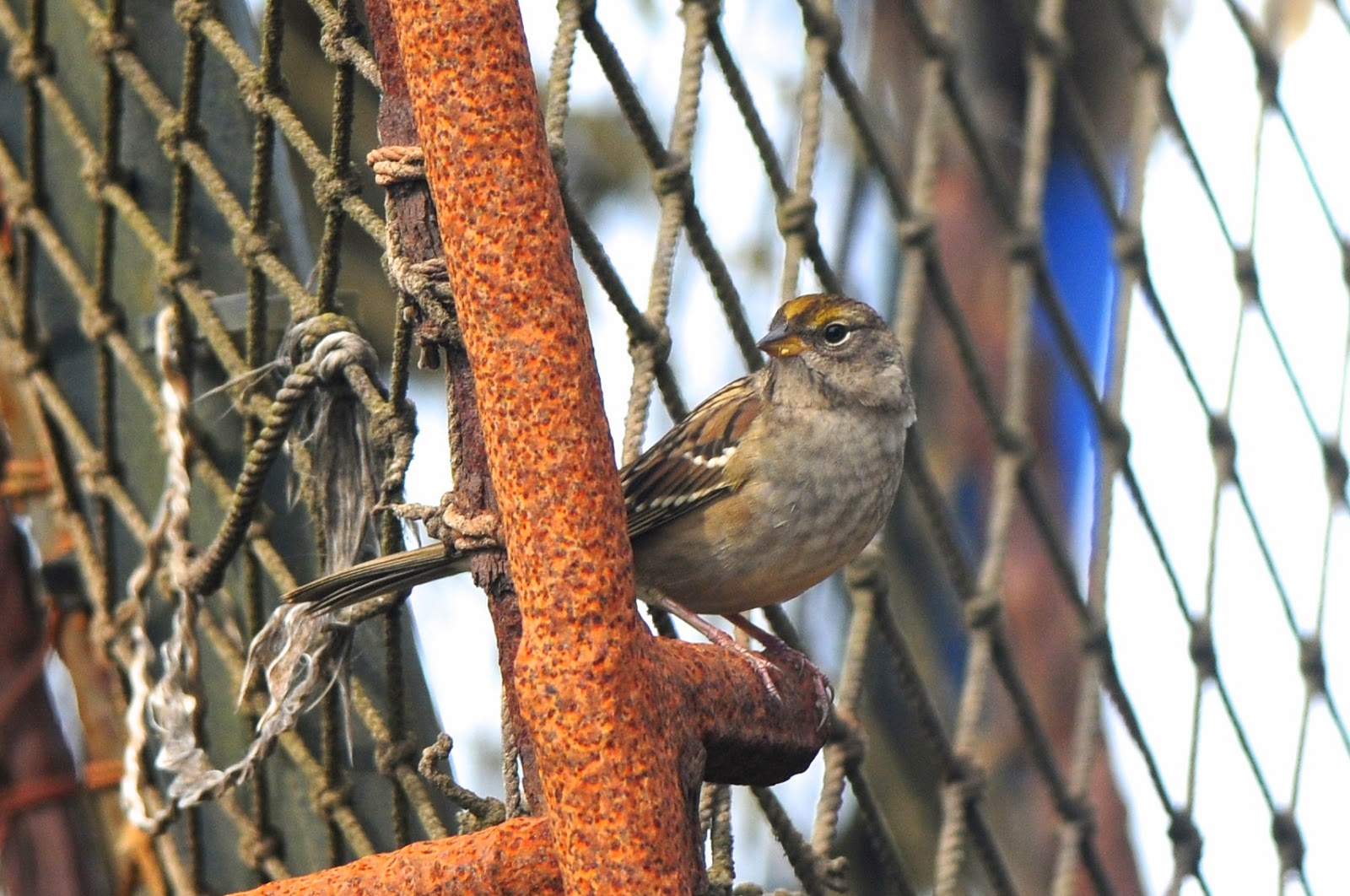 Likewise, I had three WILSON'S WARBLERS feeding together in the crab pots today as well.  Again, this is our most-widespread warbler during the fall season but I don't mind: Here's yet another view of St. Paul from the hill above town.  The 4th building back, the one with the blue roof, is where us guides call home: 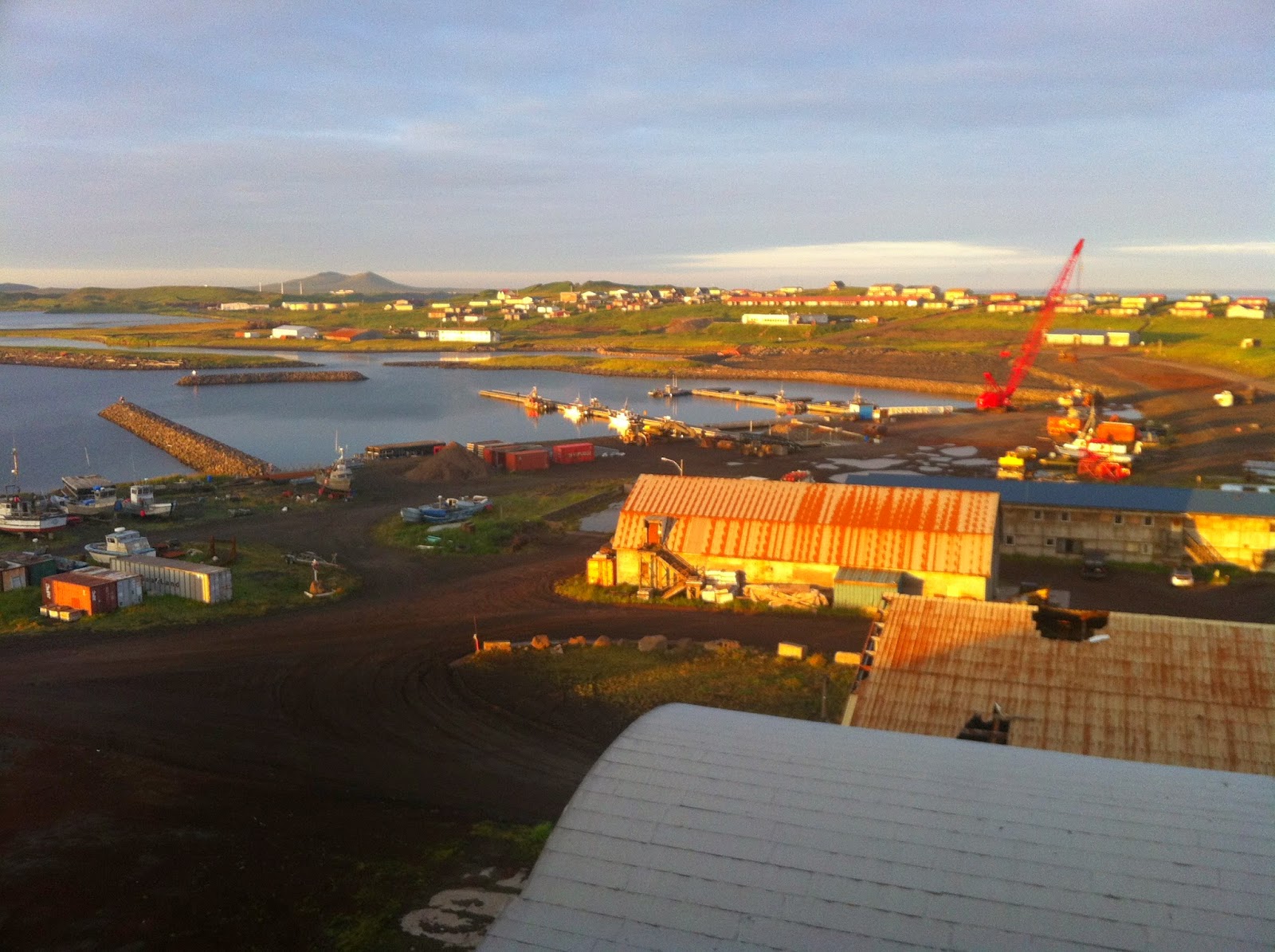 The Russian Orthodox church stands tall in Old Town.  Here you can see the onion dome on top of the cupola (a cupola, which you can see here has windows, is often used for ventilation, to display lights, or use as a look-out): 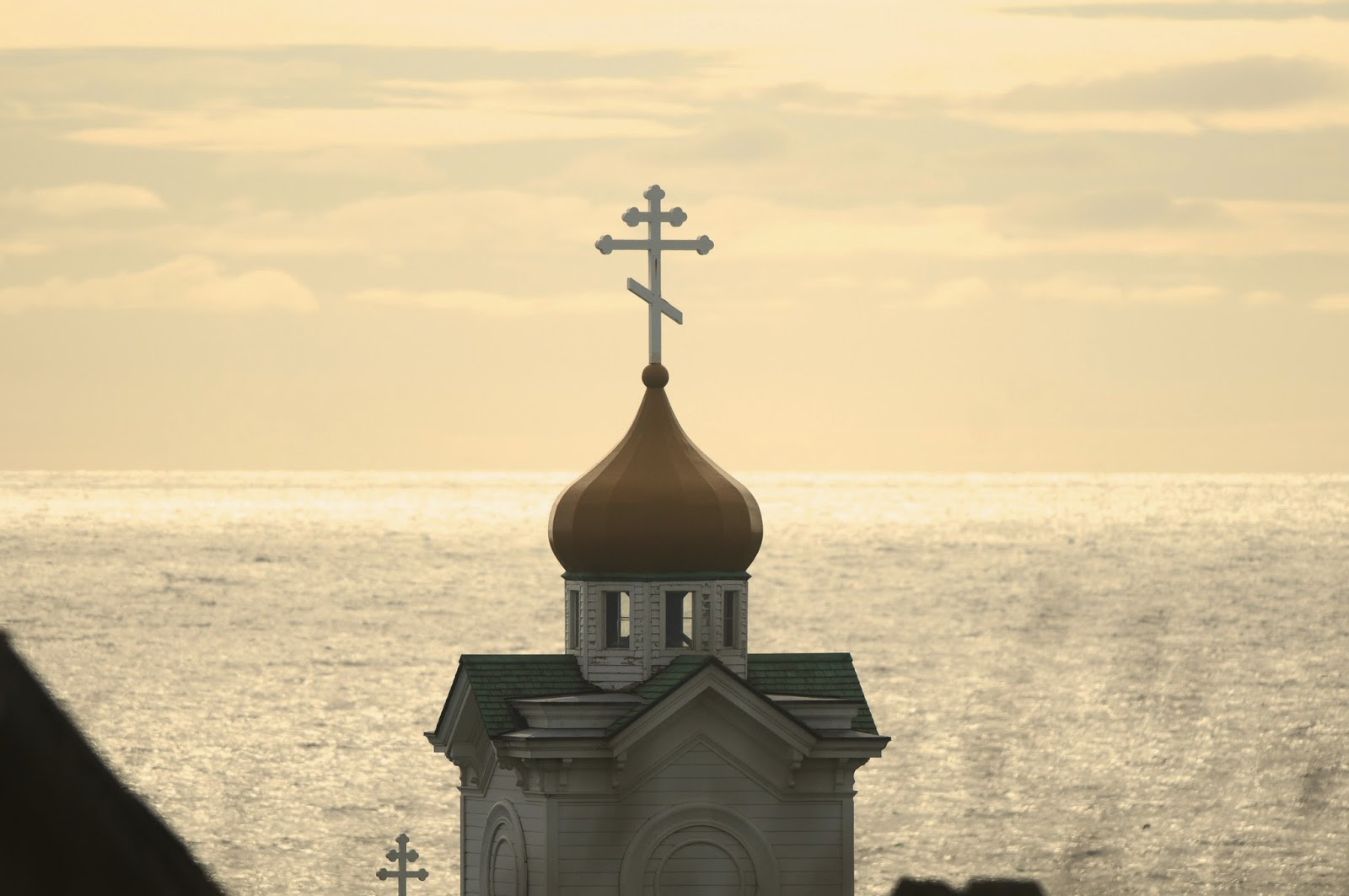 Lastly, out near the airport/hotel, you can't miss the wind turbines (or, if it's foggy, you CAN).  Here are two of the three pointing west while the FAA radar balls can be seen in the background on top of Lake Hill: 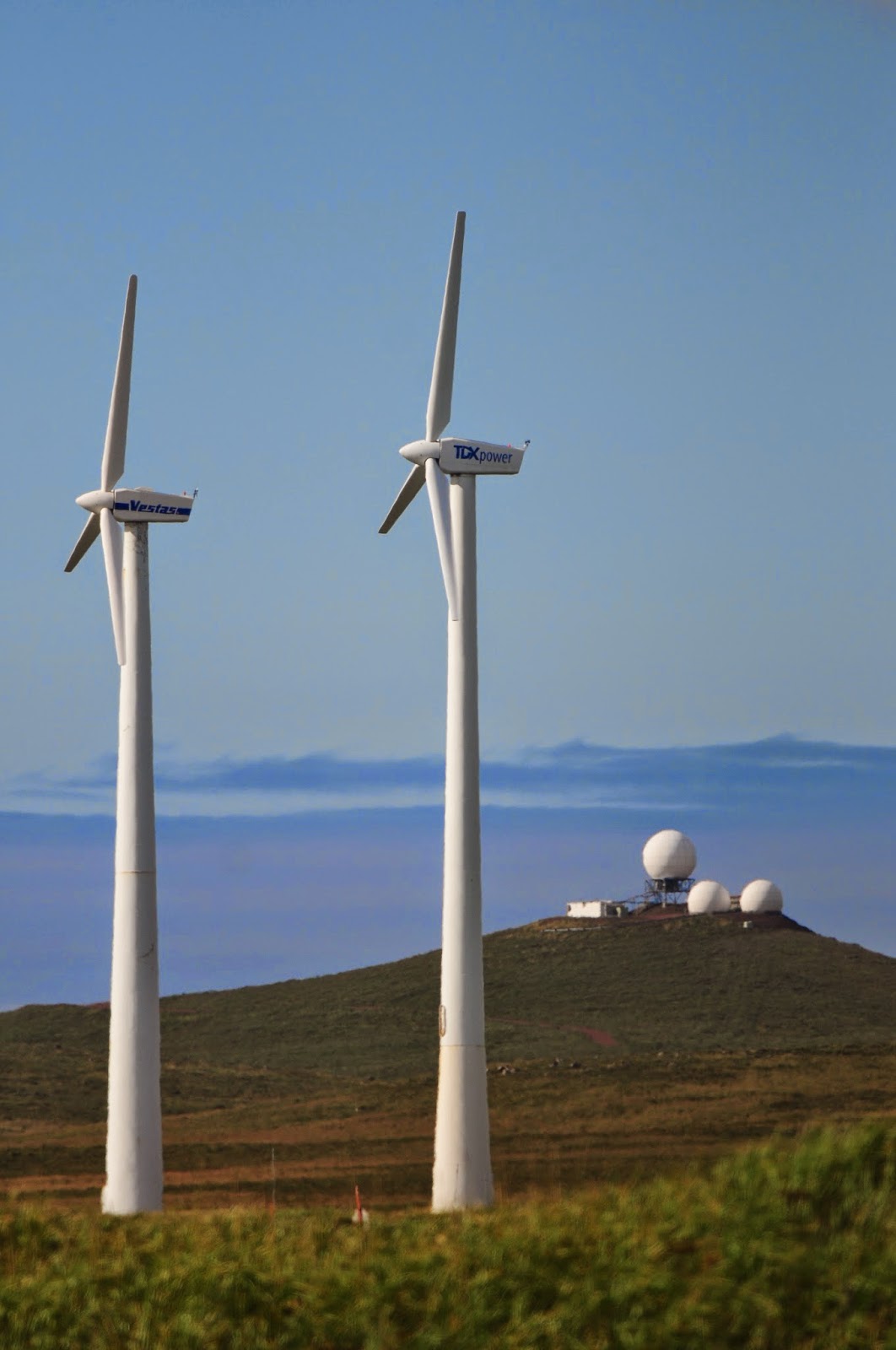