It's hard for me to believe that it's been more than a week since my last blog post.  You know how the adage goes: "Time flies when you're... not doing anything."

First up is a relatively tame MERLIN on Staten Island in San Joaquin County: 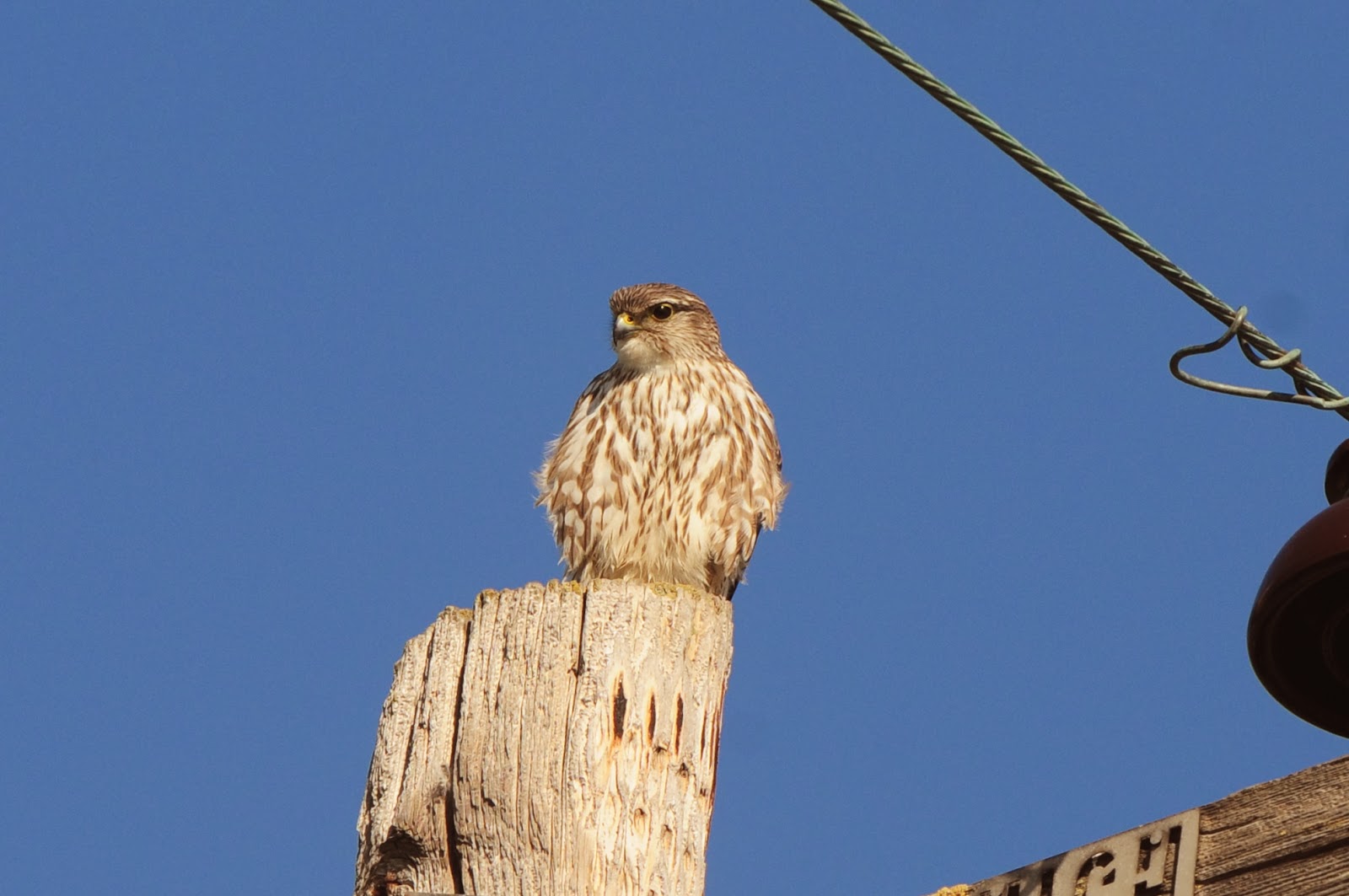 For some reason, this species has been decidedly tricky for me to find in Sacramento County this year; I have only one sighting so far.

This past weekend we spent a few hours in Solano County before the rain hit.  We stumbled into a flock of TRICOLORED BLACKBIRDS numbering ~400 birds.  Here are a few shots: 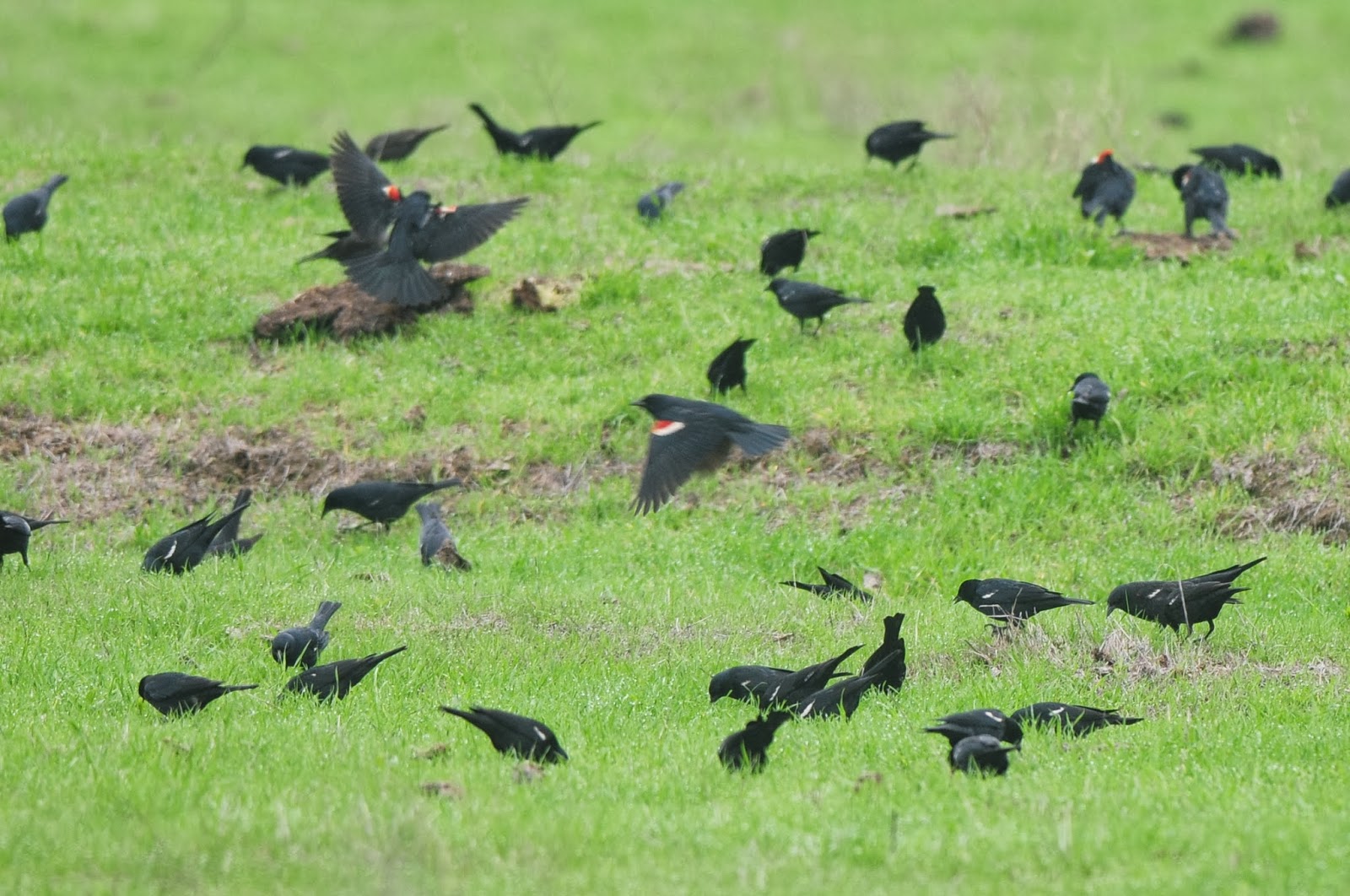 It's interesting how the closed wing of a perched TRBL shows very little color peeking out on the shoulder; the abundant RED-WINGED BLACKBIRDS almost always show more.  Either way, I especially like this picture of a spread-winged TRICOLORED: 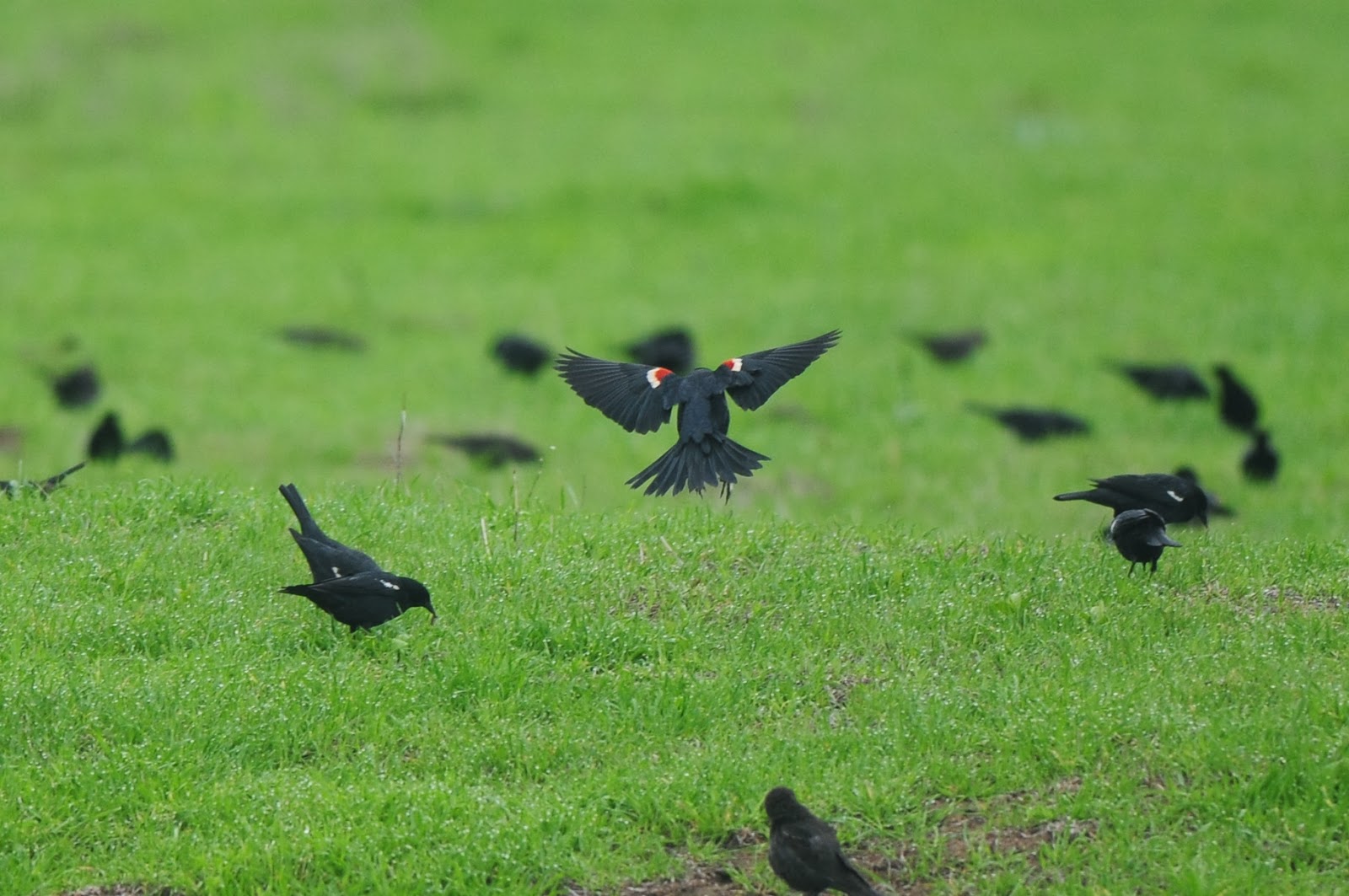 Moving up on the "Stank-o-Meter", the nearby dump attracts a multitude of gulls to sift through.  Our best find was this first-cycle GLAUCOUS GULL (you can see it peeking out from behind the HERRING GULL in front): 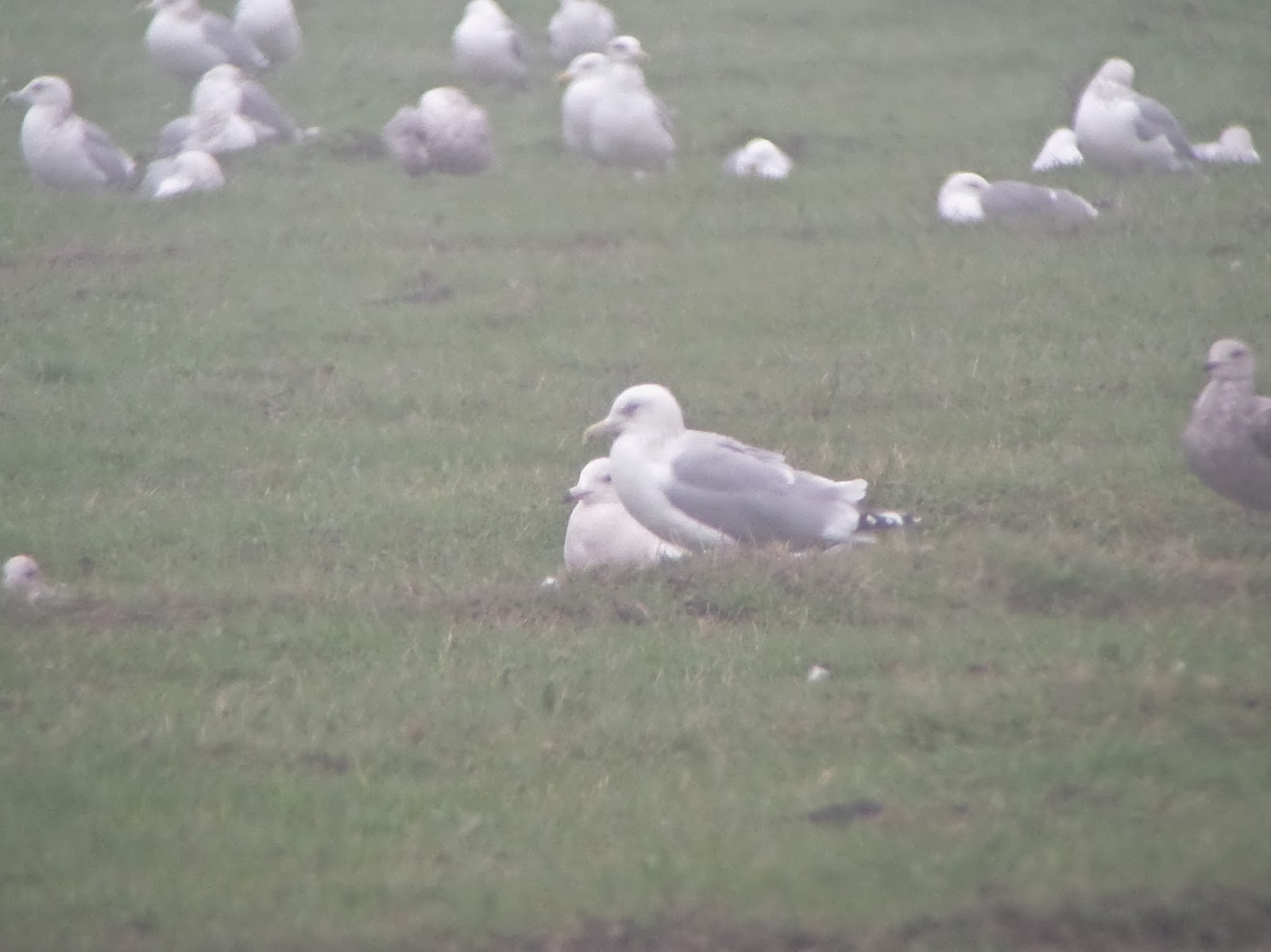 Although this particular picture doesn't show it, the bird was very pale with completely pure white wingtips as one would expect on Glaucous Gull.