Cliff Swallows make their nests out of mud, in case you didn't know.  And that requires... well... mud: 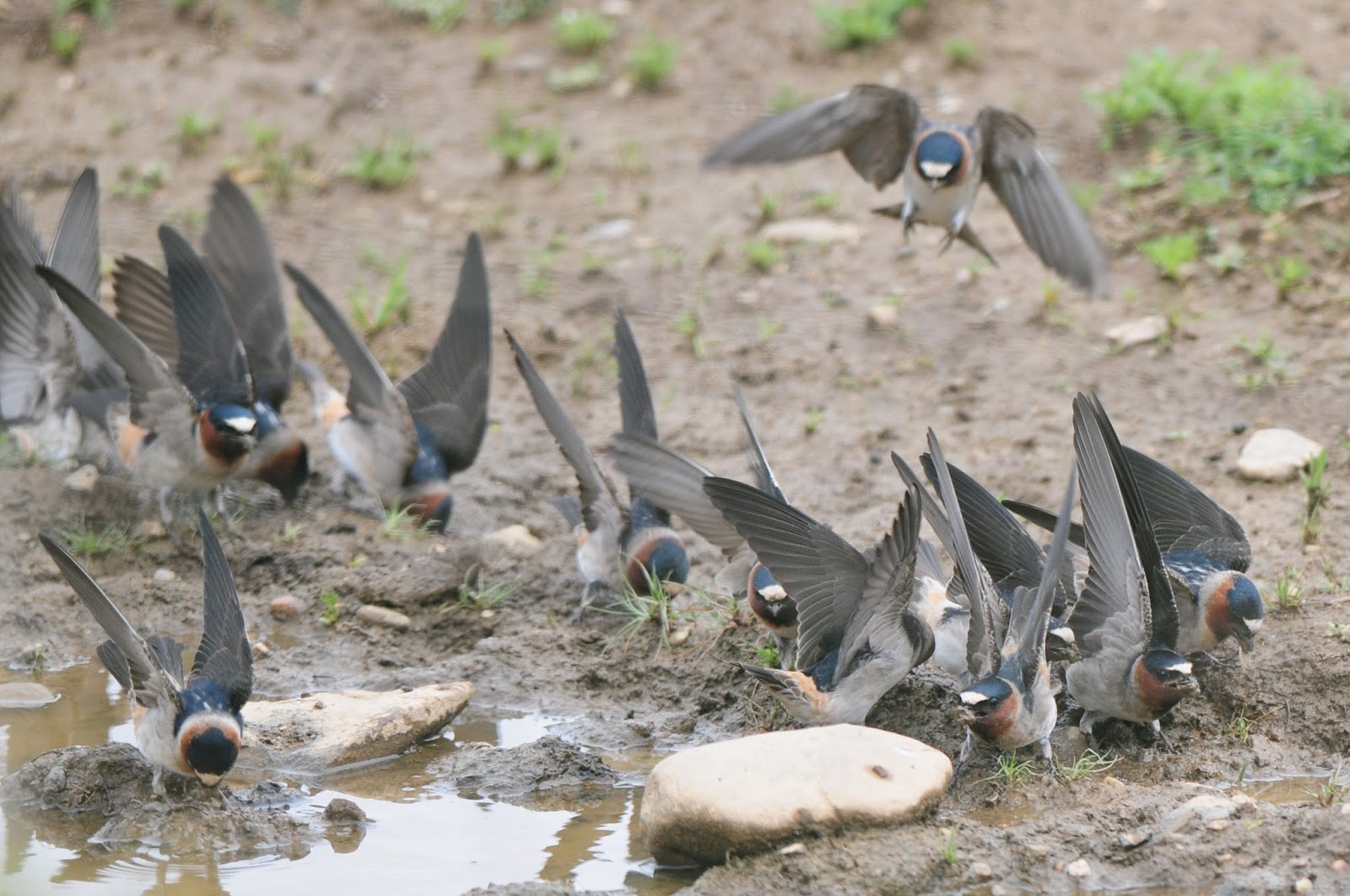 And yeah, the first thing that came to mind was "Dennis, there's some lovely filth down here!" As they gather the mud with their bills, their wings are constantly fluttering over their backs: 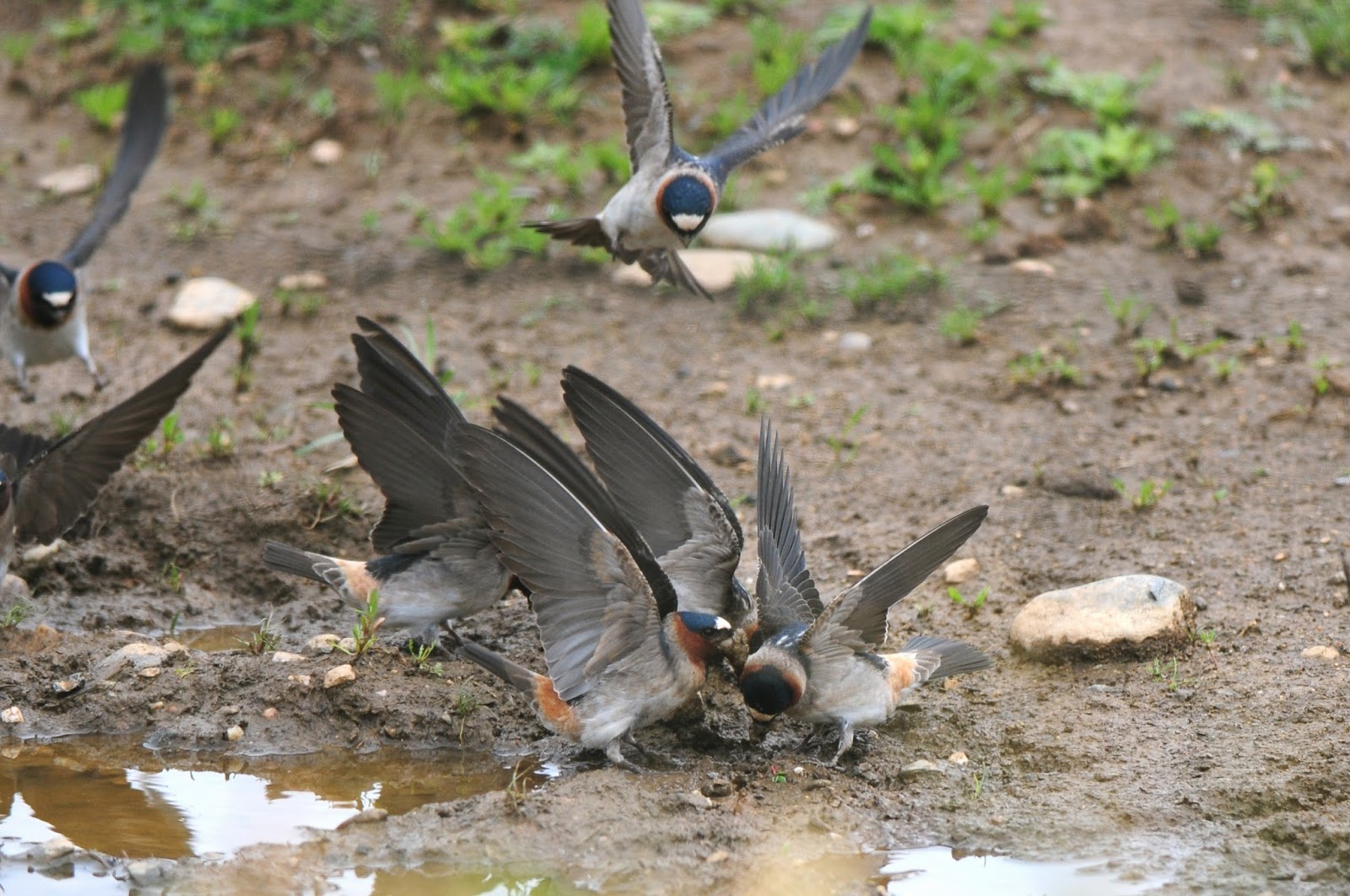 ... and although that doesn't really serve a direct purpose, it DOES keep their wings from dragging around in the mud all day: 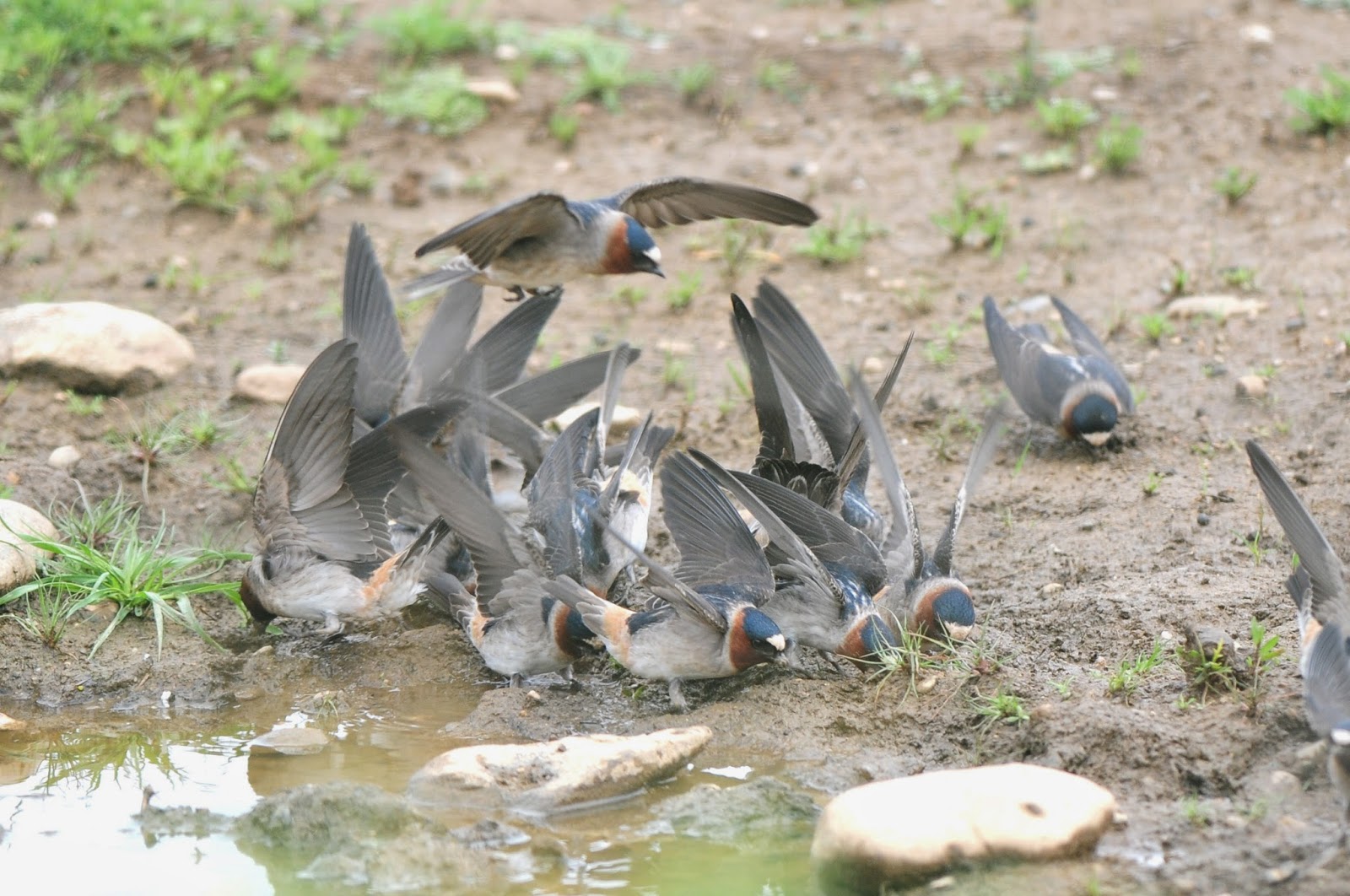 I took this photo over in the foothills of Eastern Sacramento County the other day and I later presented it as a quiz bird to some on FB: 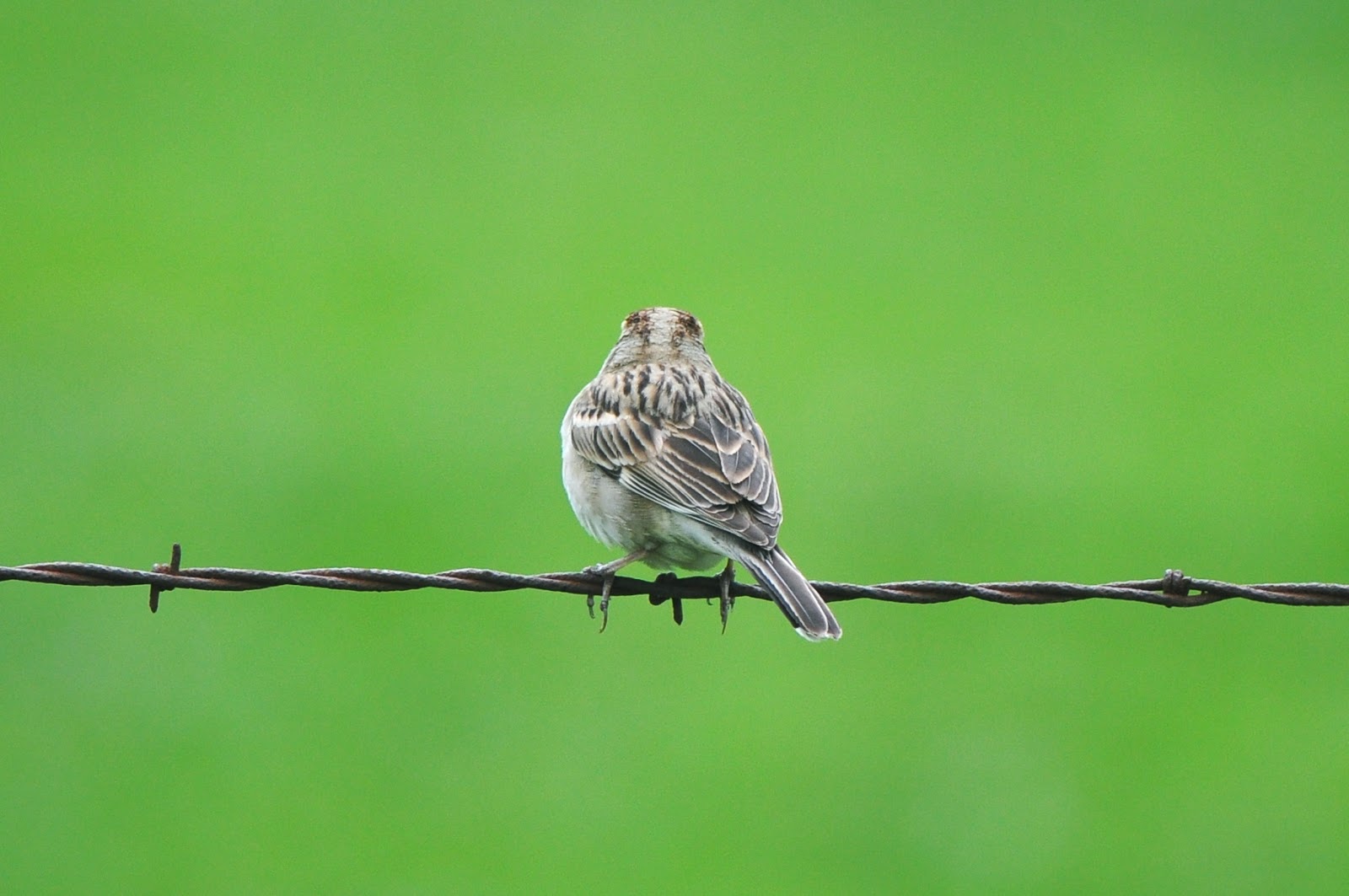 It was a huge success, all of 3 people in the whole world commented.  It's not a particularly easy quiz but if you noticed the tiny sliver of white showing on the tip of the tail, that would point you towards this common spring/summer resident, the LARK SPARROW: 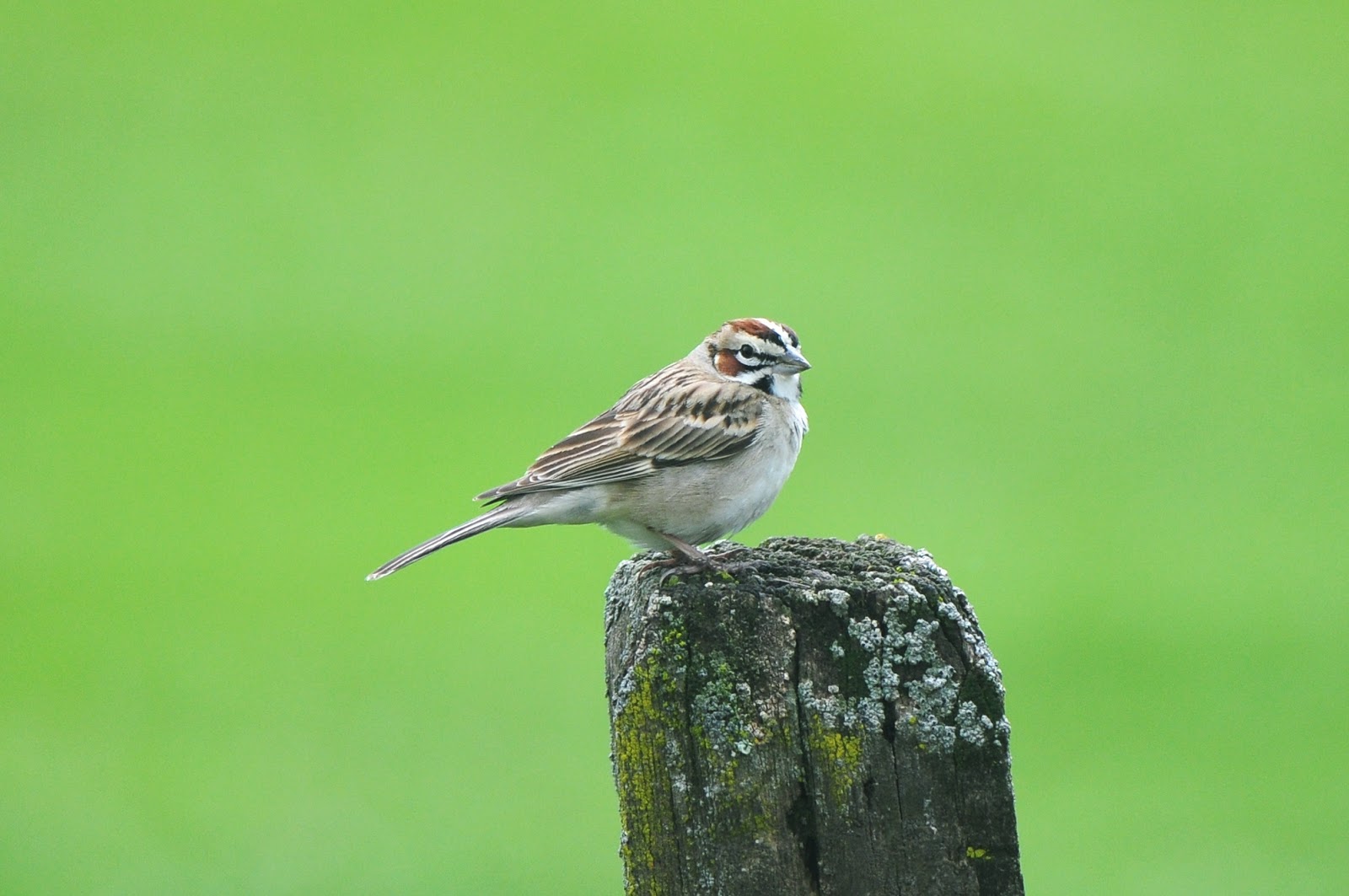 This is the new Large-bodied Short-billed Hermit.  Or curious goldfinch at the hbird feeder: 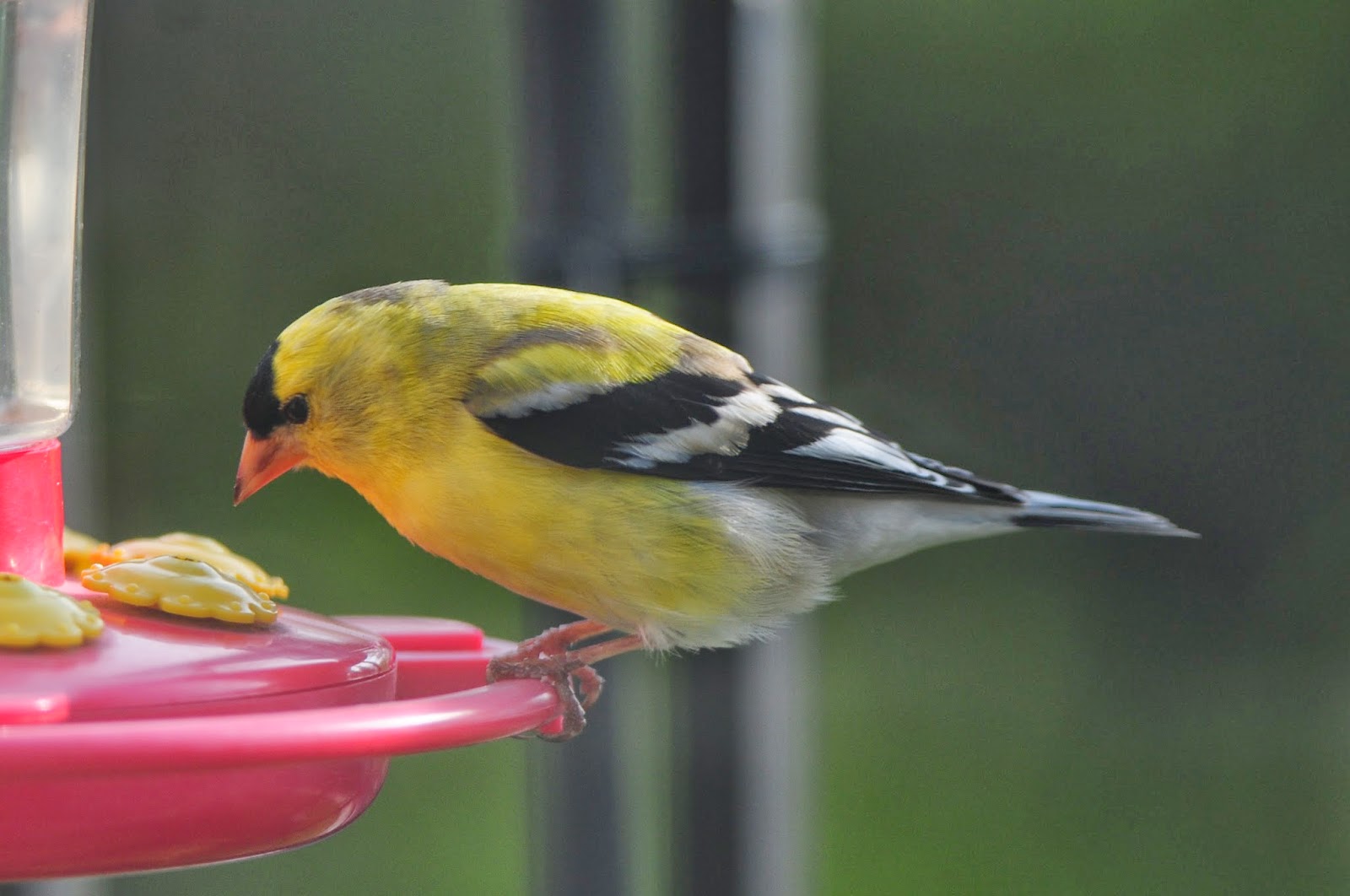 The warmer days continue to float butterflies around.  Especially abundant right now are the PIPEVINE SWALLOWTAILS: 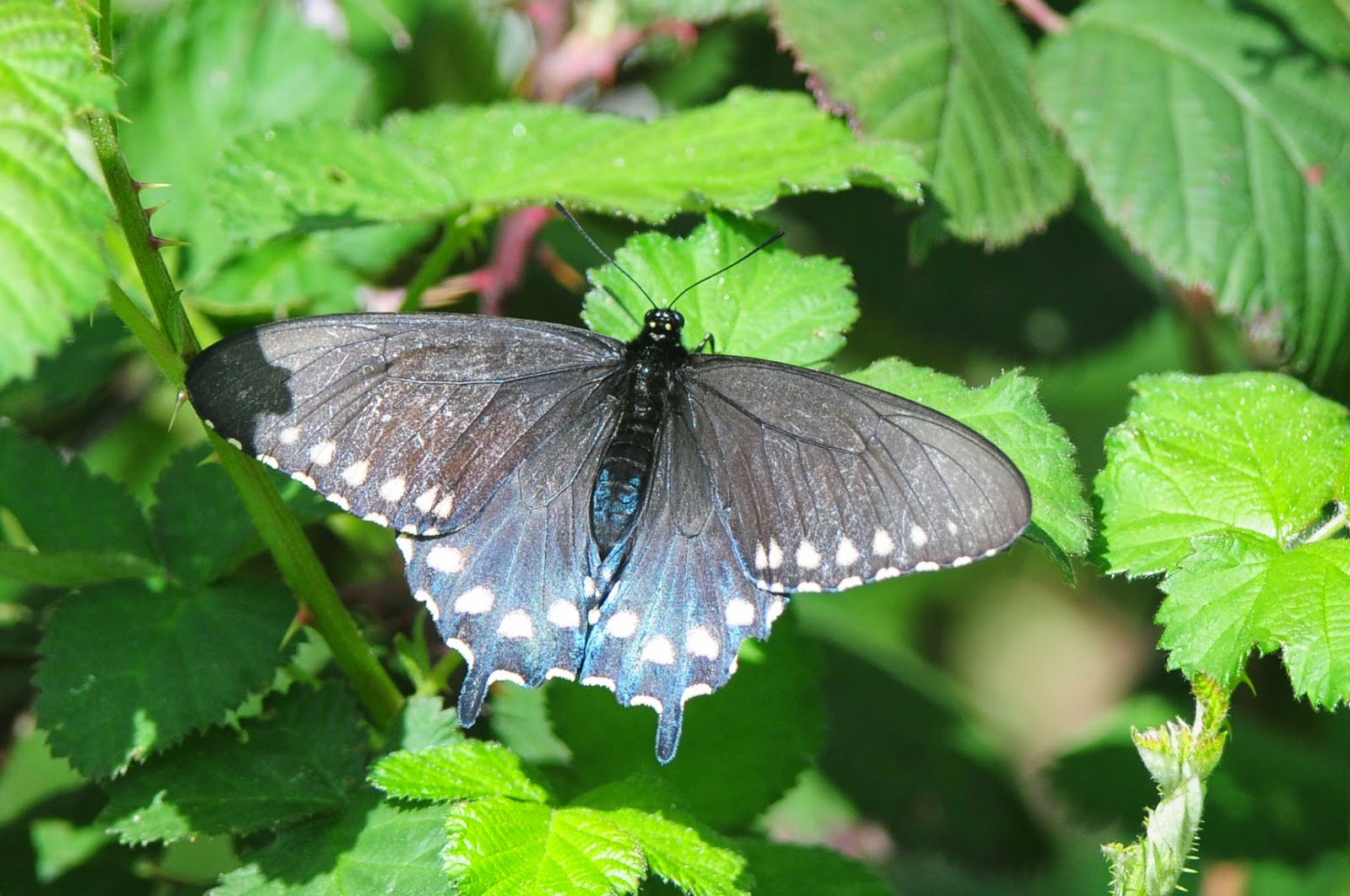 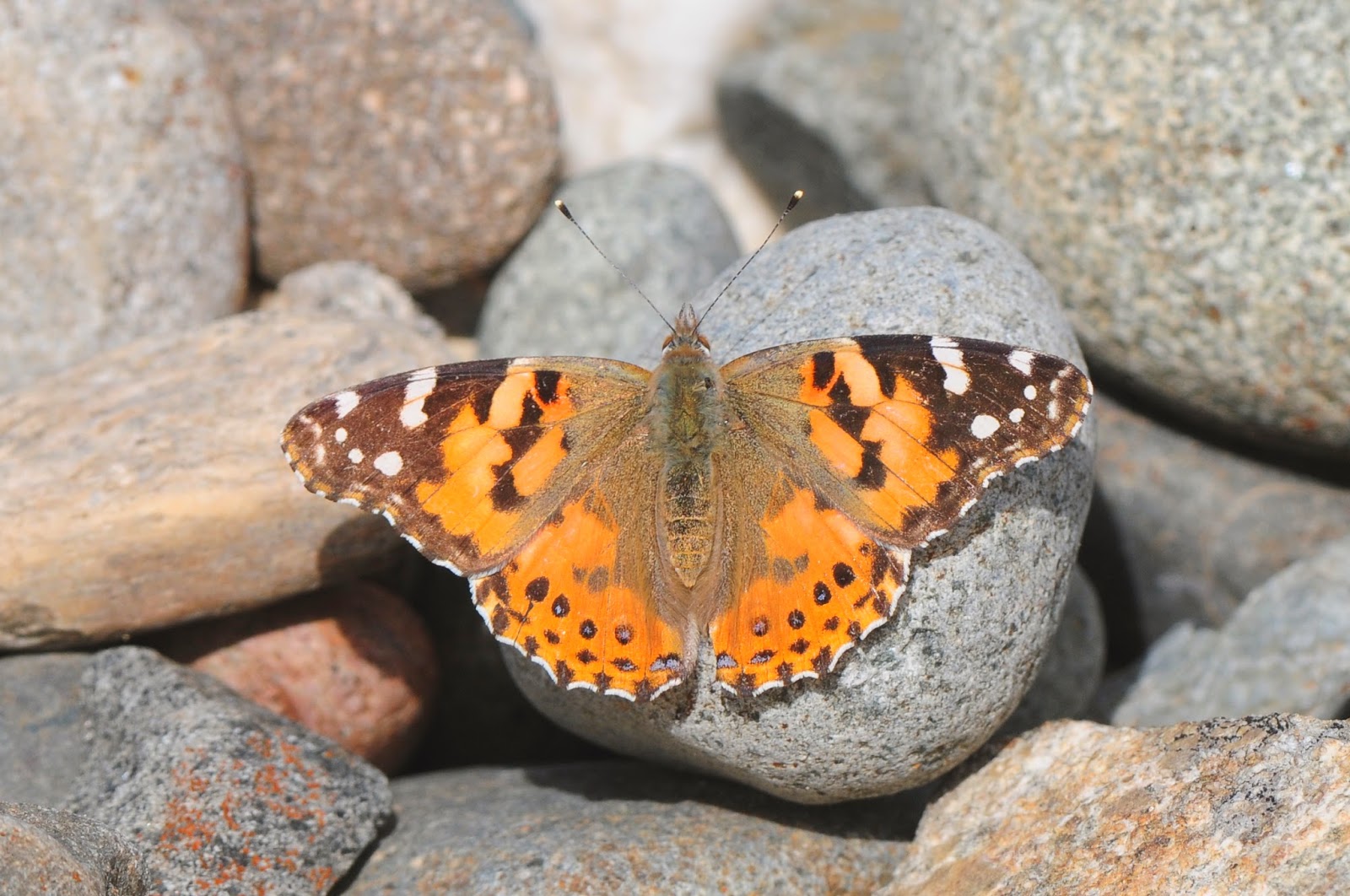 The ID of medium-sized sulphurs around here is made simple by the fact that Clouded Sulphurs don't occur here.  Thus, it's easier to throw around the ID of Orange Sulphurs, like this one: At Nimbus Fish Hatchery, the omnipresent COMMON MERGANSERS are still going strong (they breed in this county).  Here's a rather striking male: 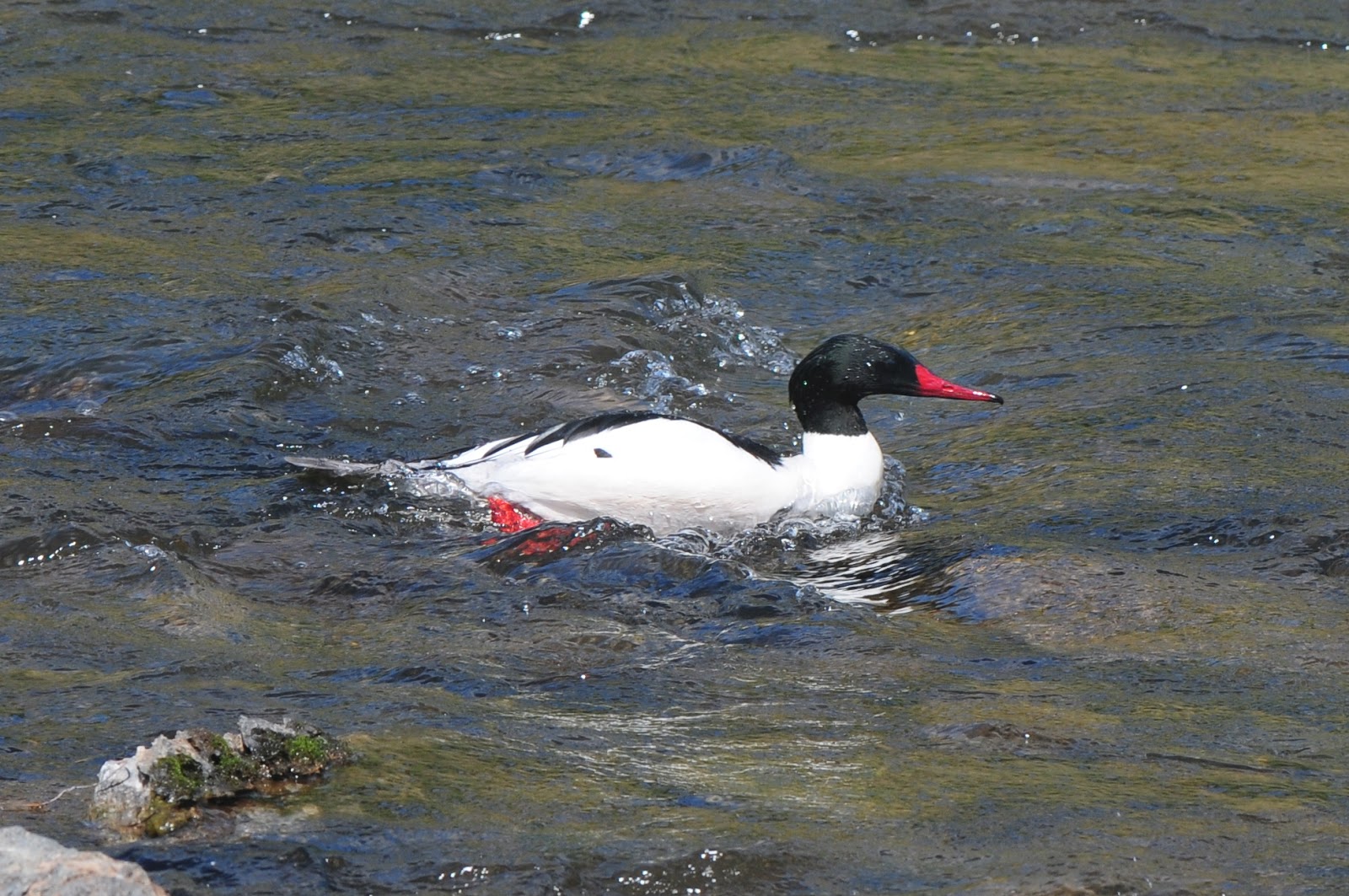 Digiscoping with my new setup isn't as easy as I thought it would be.  Either way, here's a picture taken with my iPhone handheld up to my scope (the bird is a SPOTTED SANDPIPER): 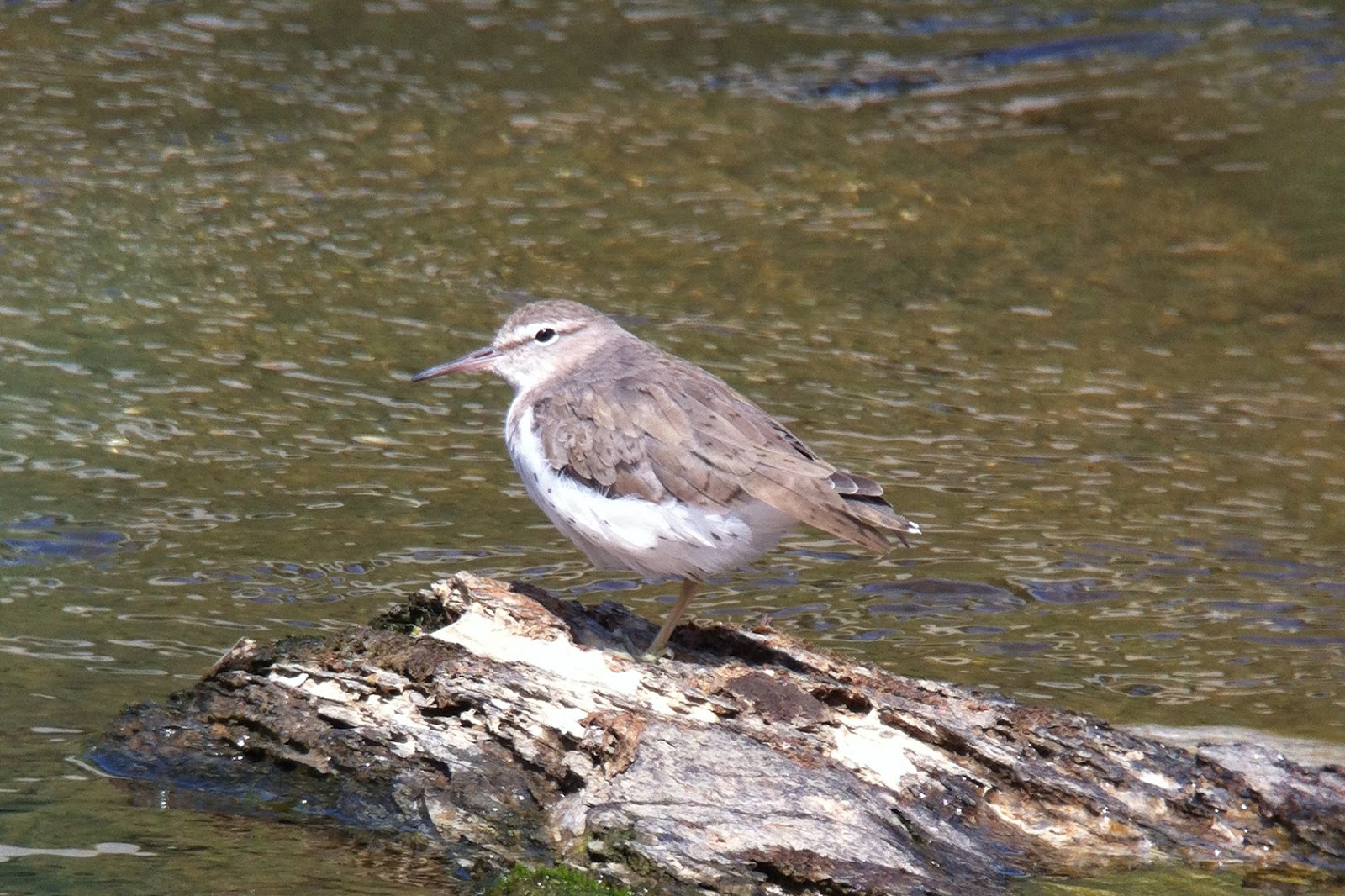 In terms of numbers these days, I've added a few county year birds here and there; most recent was HOODED ORIOLE that had probably just arrived in the last week.  So all in all, I'm at 174 this year here in Sacramento County.
Posted by Cory J. Gregory at 3/29/2014 09:24:00 AM