Shortly after I left British Columbia earlier this spring, the CITRINE WAGTAIL apparently was found again.  Ok, I hadn't even tried for it because it hadn't been reported in more than a month.  Stupid.

The Boslers were heading out so what the heck, I'd return to Vancouver and see if I could round up this wagtail once and for all.

After the flight from New York City to Seattle, I drove north to Vancouver and we caught the first ferry in the AM over to Vancouver Island (Horseshoe Bay to Departure Bay).  To make a short story even shorter, we stood there in the wind/rain all afternoon and the next morning with no wagtail.  Here's proof I was there though... with the famed brushpiles (which have since been burnt to the ground): 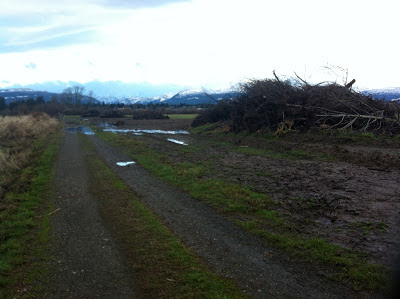 There were various things around while we waited but nothing earth-shattering.  There was a large flock of AMERICAN WIGEON though (which included 10-20 EURASIAN WIGEONS); here's the flock after taking flight. 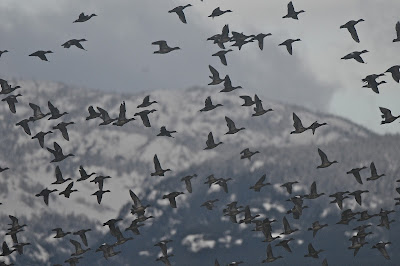 We weren't about to be skunked on the island all together though so we swung down to the Saanich Peninsula near Victoria and managed to get some quick looks at SKY LARKS.  Having had these birds just two weeks prior, it wasn't hard to walk right to the spot.

Somewhat dragging after missing the wagtail, we took the ferry back to mainland Canada.  We were greeted at the ferry terminal by 5-10 BARROW'S GOLDENEYES, a species I hadn't seen yet in BC: 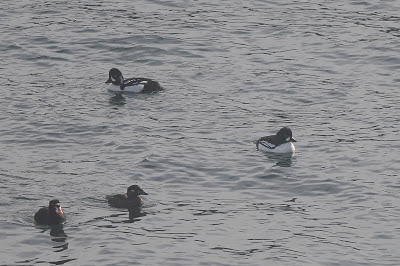 The ferry ride over yielded a lot of the same birds as the other ferries I took earlier in the month.  One pleasant surprise were these two "BLACK" BRANT: 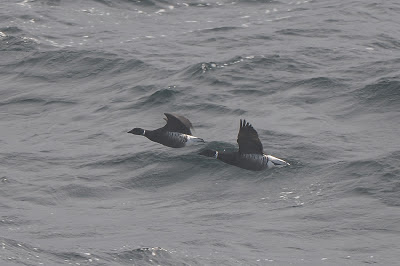 Here's a typical view as we came over in the dreary morning: 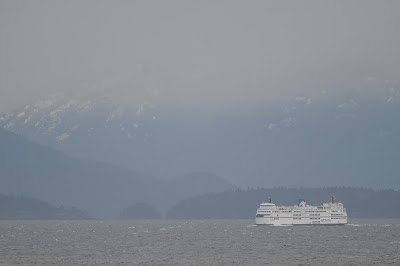 This gull was zipping by and at the time, I thought it looked really pale for a pure GLAUCOUS-WINGED GULL.  Looking at pictures later, I'm not so sure.  Thoughts? 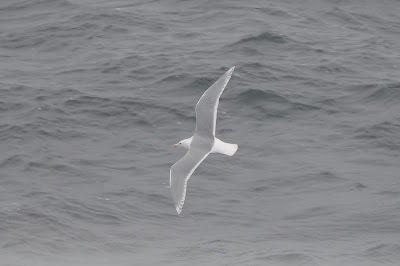 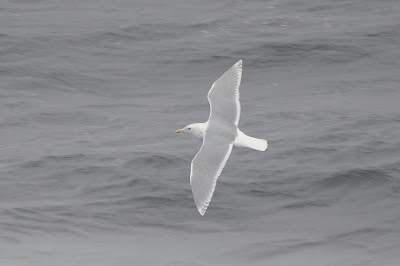 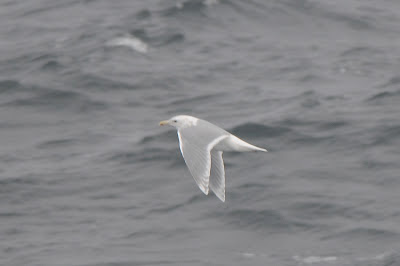 As we got closer to shore, the city of Vancouver came into view.... 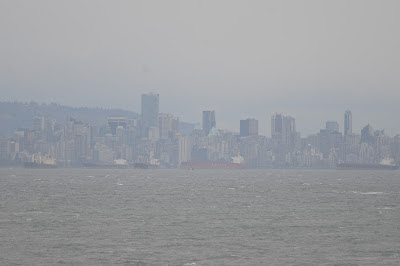 ... as well as this house.  For a grumpy, unsocial birder like myself, could living here be any more ideal???? 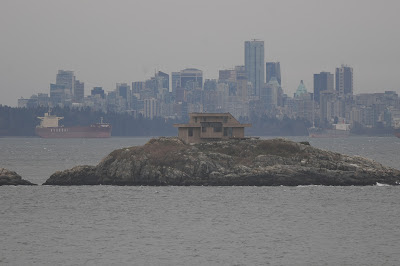 This thing popped up a couple of times as we were getting closer to shore.  I'm no expert but I'm thinking the tiny, diminutive dorsal fin points towards this being a HARBOUR PORPOISE: 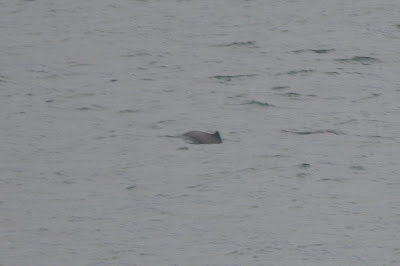 Once back on damp ground, we zipped immediately to northern Vancouver to see if we could spot the continuing GYRFALCON.  One of the Boslers spotted this thing high up as it was demolishing a pigeon: 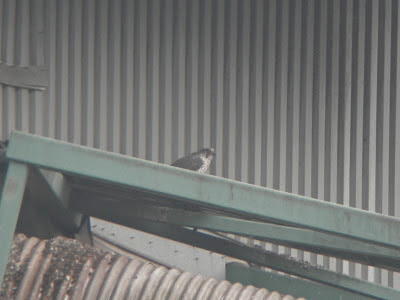 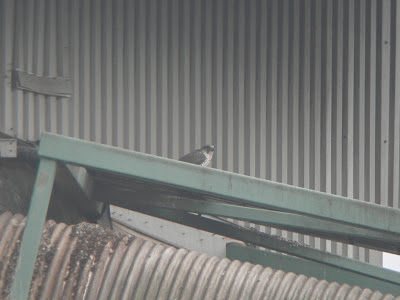 I had never seen a GYRFALCON with such a strong black "mustache" on the face but after comparing this thing to a nearby PEREGRINE FALCON, it was clear this bird seemed almost twice the size.  It was our falcon.  Success.

After that, we hurried to Queens Park in New Westminster for the "easy" RED-FLANKED BLUETAIL that has been there for more than a month.  In short, we couldn't find it!  Fail.  In our defense, the winds were gusting to 30 mph; it was just not working.  Desperate to take a picture of SOMETHING, here's a NORTHWESTERN CROW: 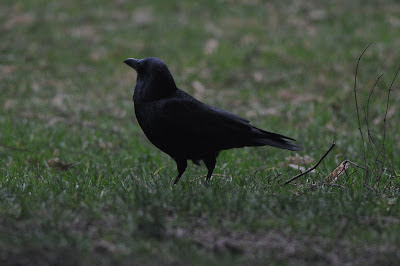 We gave up and headed over to the continuing BRAMBLING; that would be SUPER easy, right?  Wrong, we couldn't spot it either!  Fail #2.  We cautiously banked on finding both targets the next morning.

Luckily the next morning had calmer winds and we finally managed to relocate the RED-FLANKED BLUETAIL at Queens Park.  The weather was still gray and dreary though so my photos are just as bad as last time: 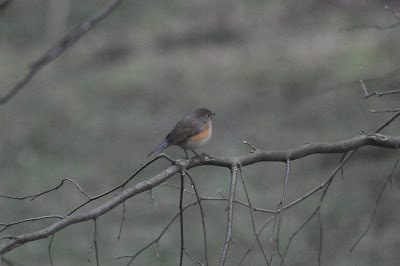 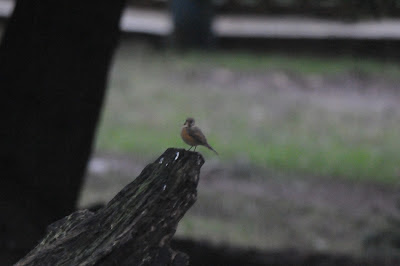 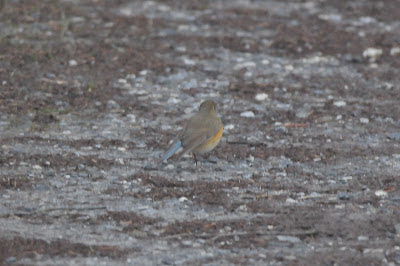 At this point I had to ditch and start my drive back to Seattle (and yes, they got the BRAMBLING later that morning).

Besides the Border Patrol rummaging through my trunk and commenting on my "expensive" camera, the rest of the trip home went without issue.
Posted by Cory J. Gregory at 3/03/2013 02:42:00 PM