I haven't ventured far from Elk Grove in the past few days but here's what I've been seeing...

Yes, swallows are back.  I've seen good numbers of TREE, NORTHERN ROUGH-WINGED, CLIFF, and BARN SWALLOWS back in the area.  Here is one of the latter from the Blue Heron Trails at Stone Lakes NWR: 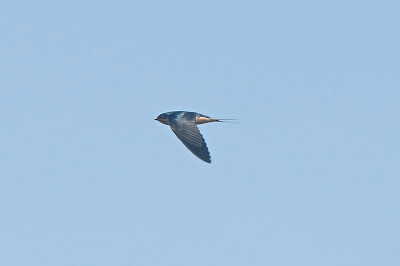 Same location, same day, different bird.  Our local RED-WINGED BLACKBIRDS are becoming more easily approachable with their defended territories near walkways and the like: 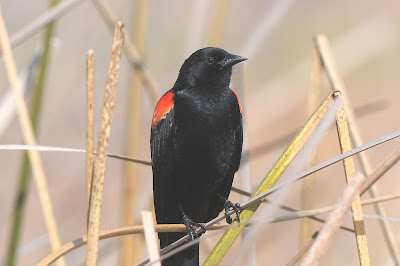 Now, not that I don't like kids, but the bus that then pulled up and unloaded seemingly millions of screaming toddlers with waving arms and snot trails flapping in the wind behind them was enough for me to seriously consider checking out a different park.  I left the park with this checklist.

I headed over to Elk Grove Regional Park where I continued snapping some photos of the common things.  Here's the omnipresent BLACK PHOEBE: 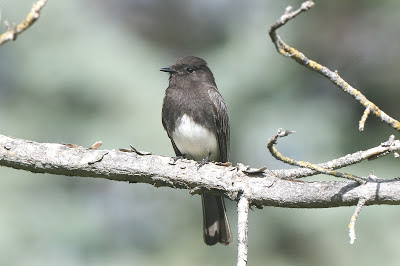 Finally, a seemingly pure NORTHERN FLICKER!  I had started to wonder if there were even pure birds around here anymore.  This is a male "RED-SHAFTED": 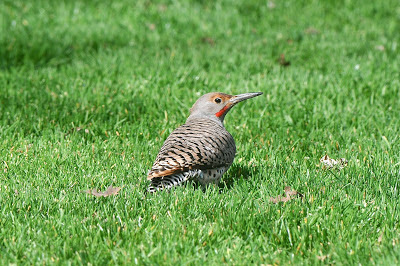 Be sure to check the shadows; this is a HOUSE WREN that was scurrying around next to a maintenance building: 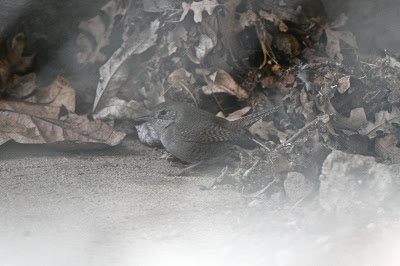 This park is a completely reliable spot to see YELLOW-BILLED MAGPIES: 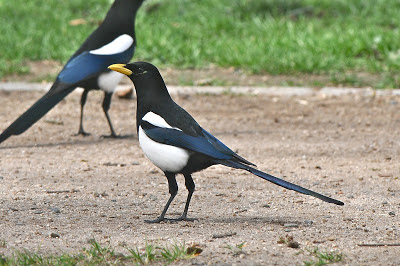 However, I'm still surprised once in a while with what shows up there.  This time, it was a female COMMON MERGANSER (albeit it looks injured).  This was my first time seeing this species at this park: 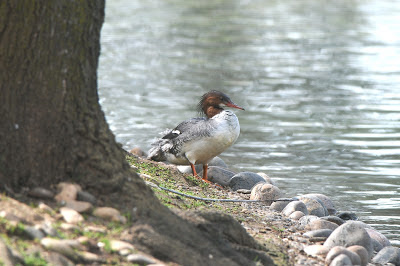 I ended the checklist there with 34 species in 55 minutes.  Moving on to a different location once more, this is a LINCOLN'S SPARROW that Ash and I had at our other local park, Don Nottoli Park here in Elk Grove: 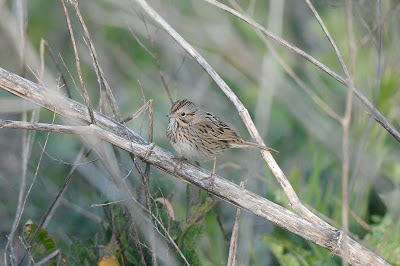 Just this past weekend we ventured up to Michigan Bar Road to check on things.  No Lawrence's Goldfinches yet but they're probably less than a month away.

Instead, here is an AMERICAN KESTREL keeping watch on potential trespassers: 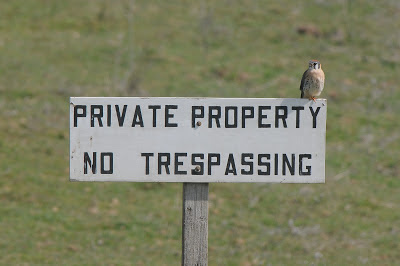 Both Ash and I have noticed how we just don't see many SHARP-SHINNED HAWKS here in the valley compared to Cooper's.  Despite that, this sharpie put in a nice show overhead: 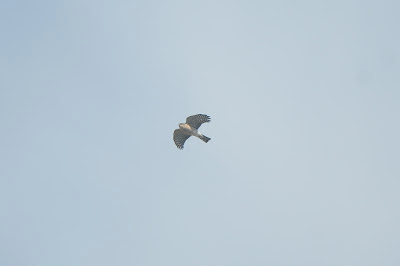 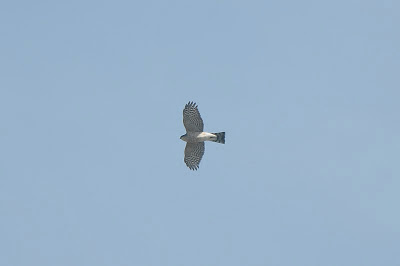