I haven't ventured east yet and so that means more pictures from local patches.

The last three days have seen a big increase in SWAINSON'S HAWKS on the move north.  I've seen probably about 10 so far this spring; this one is from my apartment patio: 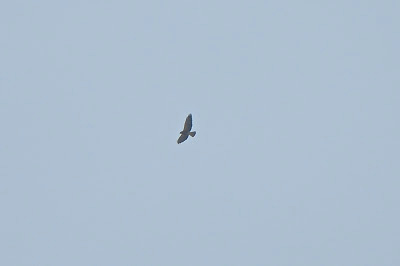 Not much to explain here; just some AMERICAN COOTS at a local patch: 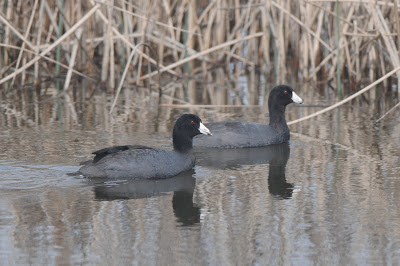 I went back up into Gates Canyon on Saturday but things were a little less birdy (see for yourself by checking out the checklist).  The ORANGE-CROWNED WARBLERS were still in full song though.  Here's one that came in to pishing: 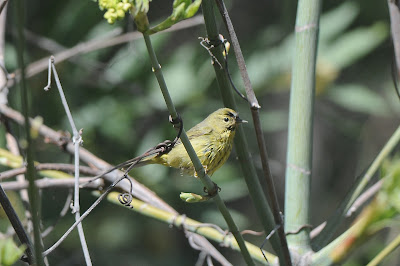 As per the norm around here, the grassy/rocky foothills on the way down yielded RUFOUS-CROWNED SPARROWS.  Here's a distant one I snapped some pics of: 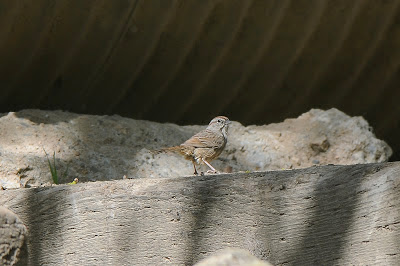 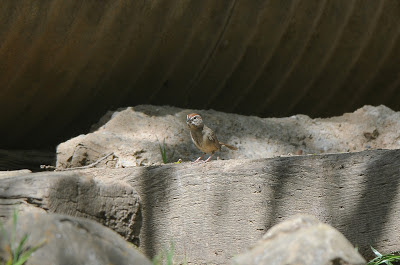 Last (and least?) is one of the tame BREWER'S BLACKBIRDS at a nearby local patch: 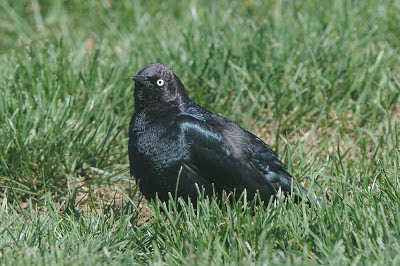