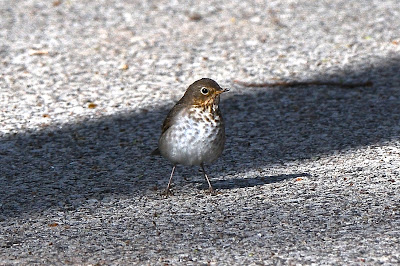 If short-legged creatures turn you on, then this thing should do the trick: 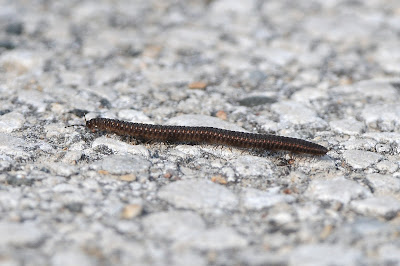 Thanks to AJ who spread word about a BLACK-HEADED GROSBEAK visiting her feeders today.  Before we saw our target bird, this ROSE-BREASTED GROSBEAK posed nicely in her tree: 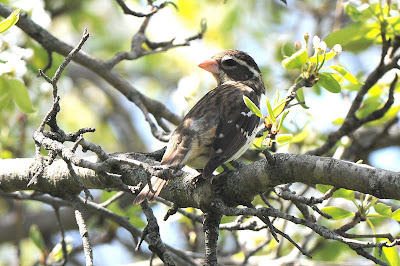 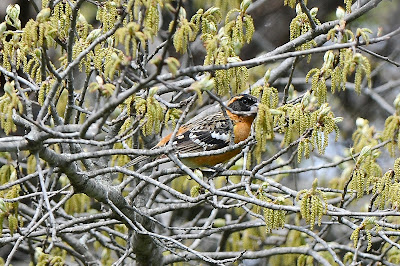 ... and then flew towards the feeders: 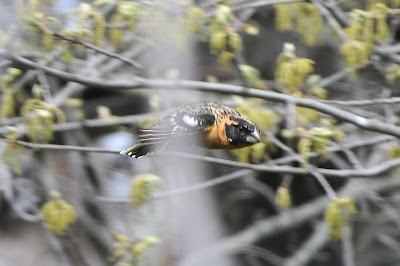 He took another look around before going any further: 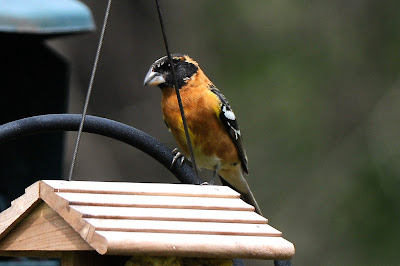 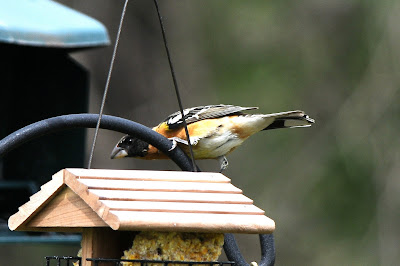 ... and then landed and snuck behind this young RBGR: 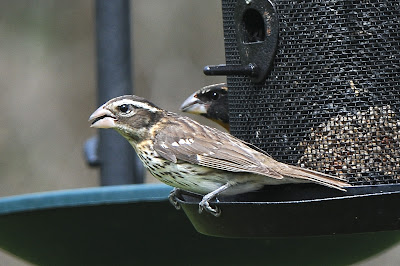 ... and continued to peer at us from behind the feeder while he ate: 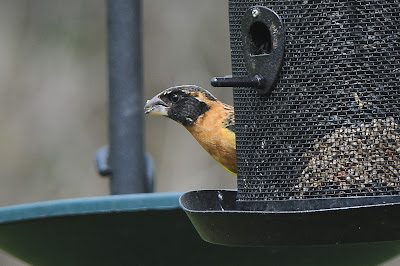 A quick (and windy) stop at Errington Marsh yielded this FORSTER'S TERN getting some shut-eye: 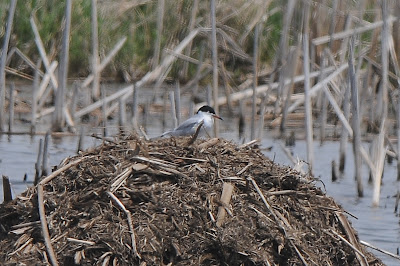 Besides the tern, MARSH and SEDGE WRENS were obvious and singing loudly.  A single LESSER SCAUP was on one of the ponds and BOBOLINKS were also seen on territory.  Lastly, I flushed a NELSON'S/LE CONTE'S SPARROW but never could confirm which due to their sneaky spring behavior.
Back at home, WHITE-CROWNED SPARROWS (5) continue at our feeders along with a couple of LINCOLN'S SPARROWS.  The latter has recently followed suit and taken up singing a whisper song.  Pretty neat sound.  I haven't seen the Palm or Yellow Warbler, Gray-cheeked Thrush, or grosbeaks/catbirds today.
Posted by Cory J. Gregory at 5/06/2011 02:39:00 PM