Topping the highlights for me was the 30 species of warblers we tallied including a state bird (Kentucky) and an early Connecticut Warbler.
We started at Forest Lawn Road:
View Forest Lawn Road in a larger map

CERULEAN WARBLERS were singing everywhere, jostling between themselves, and even coming down to eye-level.  This was most-likely the best views I've ever had of this species in my life.  The numbers really surprised me, we had SIX in our view at once.
Here is a distant male: 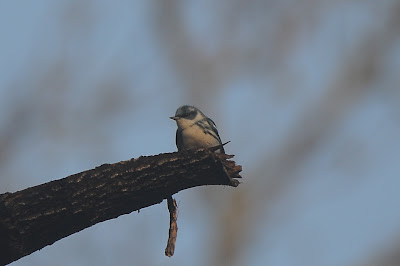 Here is a male that came even farther down: 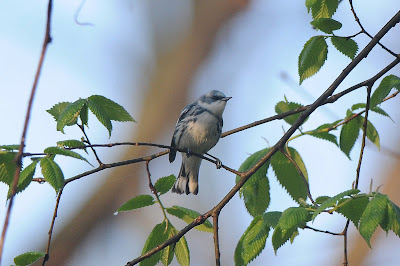 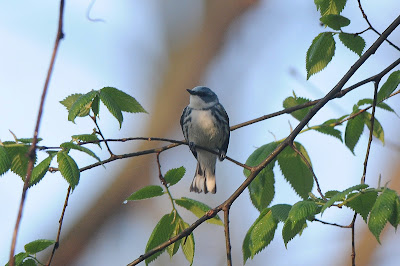 Females were around as well: 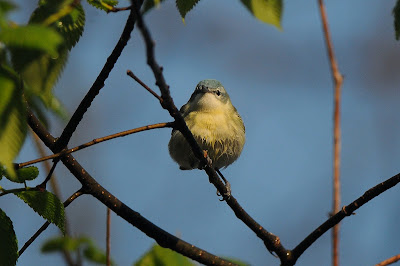 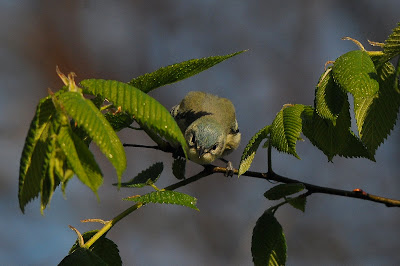 Perhaps the best bird at the Lakeside Road bridge was an early singing CONNECTICUT WARBLER.  This actually represents only the third time I've ever had this species.

Another surprise at the Lakeside Road bridge was this PROTHONOTARY WARBLER that made a brief appearance.  Thinking back, this might have been the first time I've seen this species at this location: 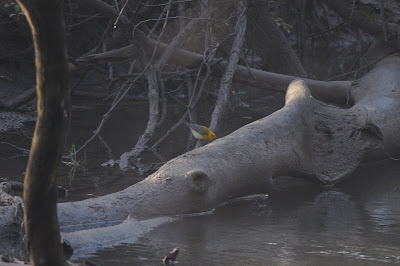 Some other sightings from the bridge included WHITE-EYED VIREO and various warblers.

The next stop was Floral Lane at the north edge of Warren Dunes State Park:
View Floral Lane in a larger map
It didn't take long before the many HOODED WARBLERS made themselves obvious along the trails: 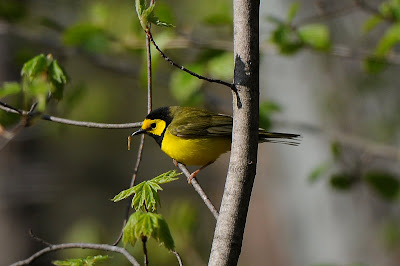 Similarly, BLACK-THROATED BLUE WARBLERS were present in good numbers and we saw several at eye-level and even singing: 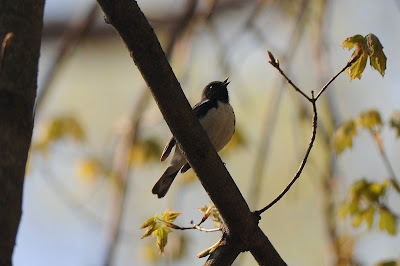 Here is a BLUE-WINGED WARBLER that was perched up and singing: 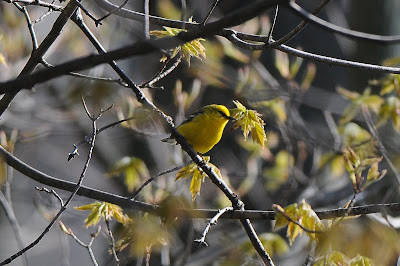 A highlight of the trip was being in the right place at the right time (for once).  While on the boardwalk at Floral Lane, we actually HEARD a Kentucky Warbler singing (a first for Michigan this year).  A couple of minutes later, we got brief but good looks at this male: 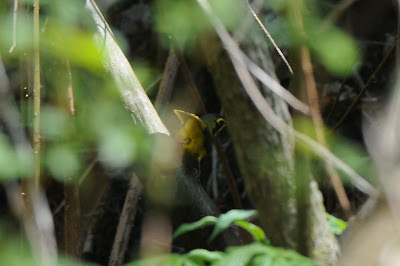 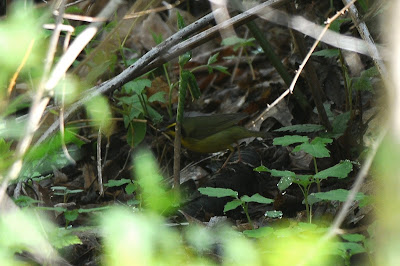 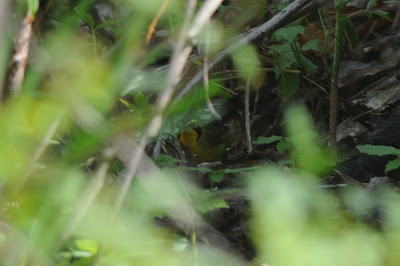 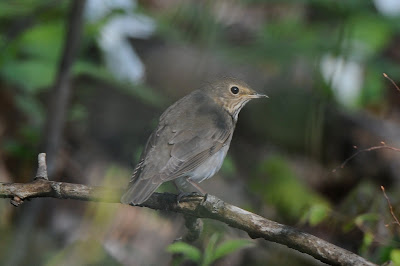 And here is a GRAY-CHEEKED THRUSH for comparison: 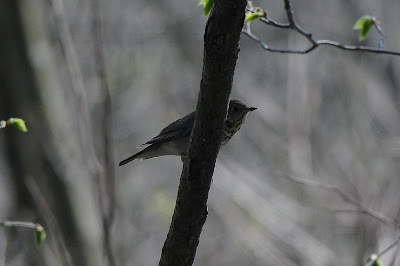 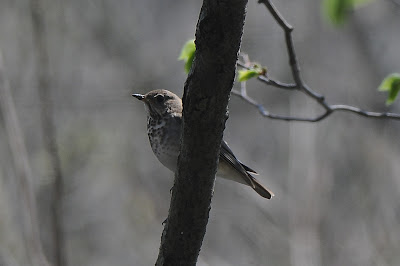 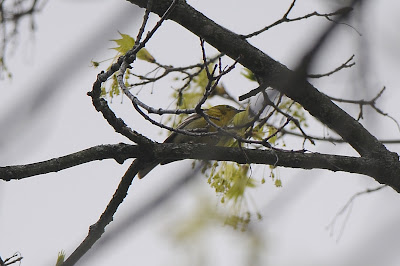 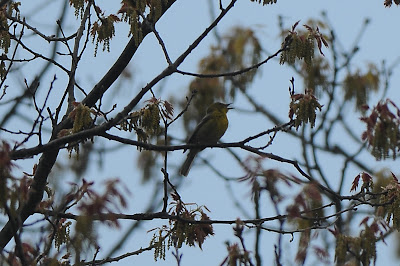