It's about time I put up some pictures from our recent trip to VA and NC, right? Alas, here are some from our first couple days in eastern Virginia. We spent our first couple days there along the coast targeting a few species. For me, the target was SALTMARSH SPARROW.
Our very first stop of the trip, Arbuckle Neck Rd., provided excellent looks at SALTMARSH SPARROWS. We got to enjoy them singing as well, all-in-all, a very new experience. Here is one that perched up briefly: 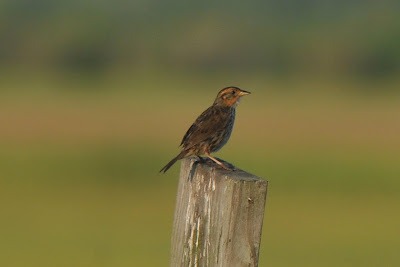 Another bird that was common in these marshes was SEASIDE SPARROW. These guys, however, had no issue with perching up: 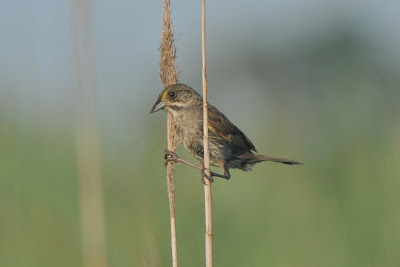 We also enjoyed many other birds that we hadn't seen yet that trip including Clapper Rails, Royal Terns, as well as this BLACK SKIMMER: 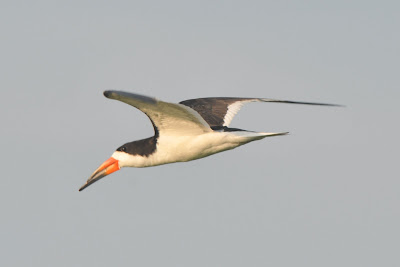 There were some neat butterflies around these marshes as well. Very appropriately named, here is a SALT MARSH SKIPPER perched on some of the odd saltmarsh vegetation: 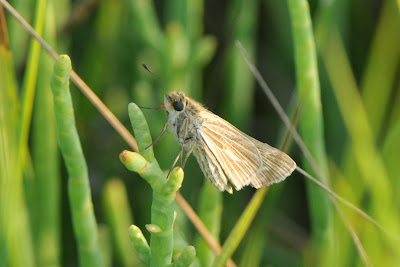 But before long, the biting bugs pushed us to the brink of insanity and we headed back. Not before this parting shot of one of the many SEASIDE SPARROWS however: 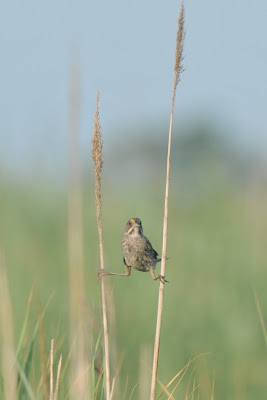 Later, we went over to Saxis Bog. We stirred up more SALTMARSH SPARROWS including this guy that was perched up singing: 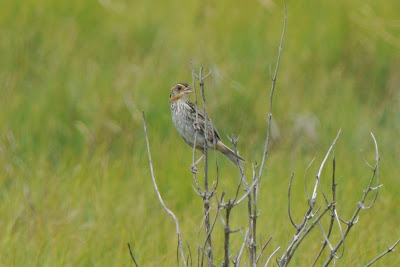 The roadsides near Saxis were loaded with butterflies. Here is a DELAWARE SKIPPER that was mixed in with dozens of Salt Marsh Skippers: 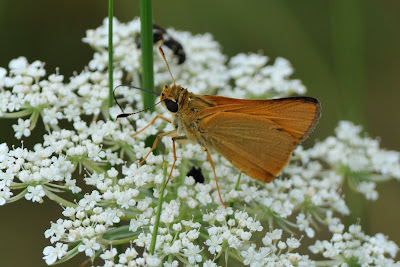 Near Saxis, we called in this CLAPPER RAIL. Neither Ashley or myself had seen one at such close range: 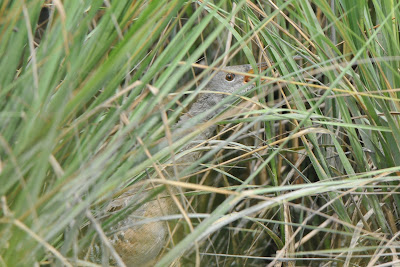 Later yet, we went over to Chincoteague Island to see what birds were around. For example, this flock of WHIMBREL flew over: 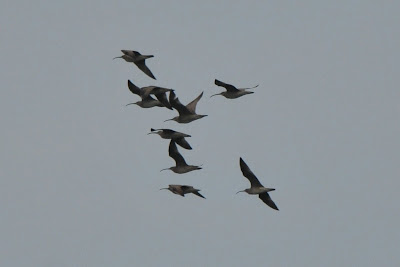 I couldn't pass up taking more pictures of BLACK SKIMMERS though, including this one that snagged a pretty decent fish: 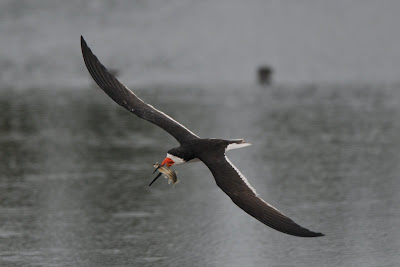 Hardly a couple minutes went by without an OSPREY seemingly flying around somewhere: 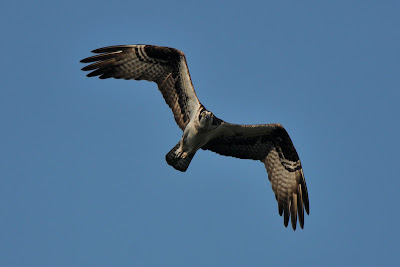 One of our last stops in Virginia was the Great Dismal Swamp NWR. Here, my sole target was Swainson's Warbler. For this, we headed down Jericho Lane: 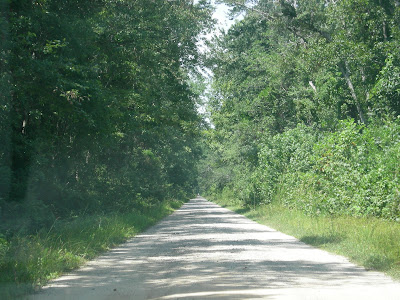 ...and yes, we managed to find a couple SWAINSON'S WARBLERS, even around mid-day! I managed a grainy shot of one, even: 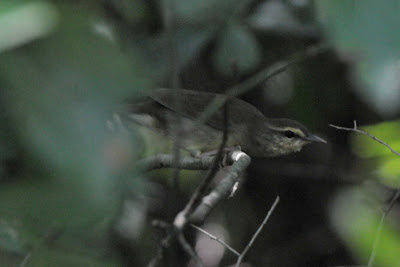