I recently spun over to SW Michigan for a quick weekend trip. The focus was actually to find a couple target butterfly species and maybe a couple target birds as well. Tim and I did fairly well and kudos to him for birding the county harder than anyone else does.
At first light, we had this distant AMERICAN AVOCET at Tiscornia: 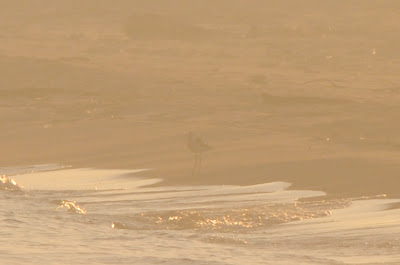 Maybe the most interesting sighting of the trip was of a WORM-EATING WARBLER feeding a young fledgling. As you can see from the head pattern, the fledgling was also a Worm-eating Warbler: 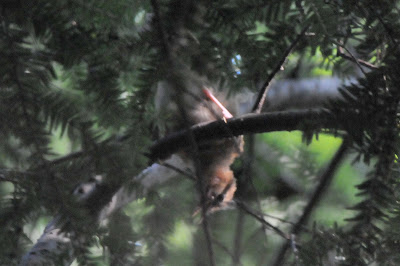 As a bonus bird, we ended up finding another WORM-EATING WARBLER at Warren Dunes State Park! I don't recall ever seeing 3 WEWA's in the state in one day before. As a side note, WEWA was a new ABA photo bird for me. Here he is singing: 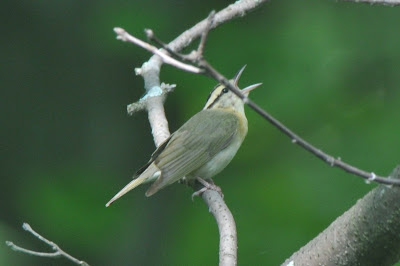 There has been a reliable SUMMER TANAGER also at Warren Dunes. This was actually a state bird for me despite living in Berrien County for 7 years. Here he is behind the leaves (which are in focus, too bad he isn't!): 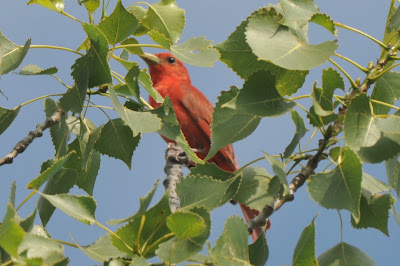 Another new ABA photo bird was this ALDER FLYCATCHER at Lincoln Township beach: 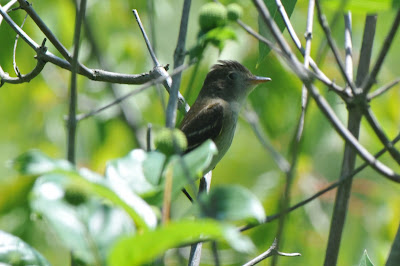 I also kept an eye open for butterflies throughout the weekend. I tried making this fritillary into an Aphrodite Fritillary but alas, I suspect it's the more common GREAT SPANGLED FRITILLARY instead: 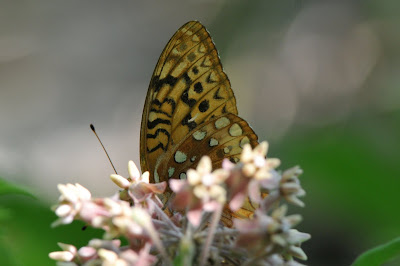 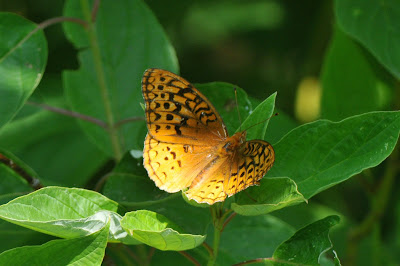 The following pictures aren't great. In fact, they're crap. They were both taken down among the sedges at Sarett Nature Center. Personally, I think they're both BLACK DASHES. Anyone out there have any opinions? Here they are in all their glory: 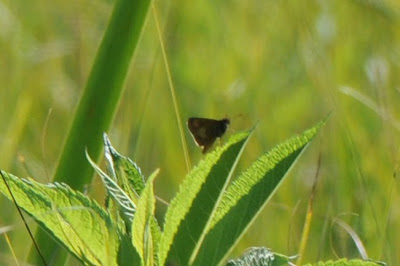 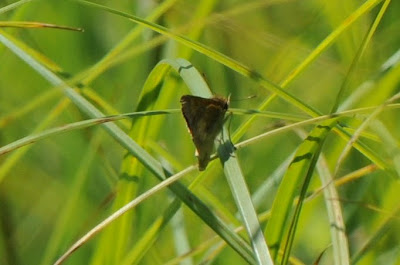 Also down in the sedge wetlands at Sarett Nature Center was this skipper. I'm not exactly sure which species but I suspect Delaware Skipper, European Skipper, or Two-spotted Skipper: I originally thought these were both EYED BROWNS since they're apparently common down in the sedgy wetlands at Sarett Nature Center. However, I'm not 100% convinced at this point. How about Appalachian Brown? 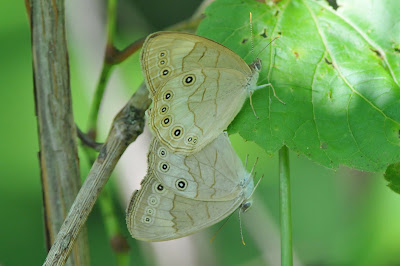 But saving the best for last, perhaps my main goal of my visit was to find a small, brown butterfly. This very limited and federally endangered butterfly is only known from 3 or so states and is never common. This MITCHELL'S SATYR was among the sedge wetlands at Sarett Nature Center: 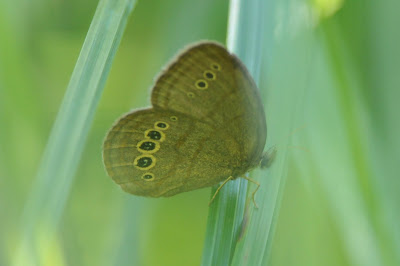 I have no pictures of the FISH CROW(S) I heard while at the Forest Lawn Landfill in southern Berrien County back on the 11th. However, I suppose the more important fact is that there is still at least ONE of them there. It took about 30 minutes but I eventually heard one around 10:00 AM from Basswood Rd. What a neat way to get a state bird... get it right before I drive straight back to Iowa!
Posted by Cory J. Gregory at 7/13/2010 12:42:00 PM