While I was watching an interesting empid at the refuge (see previous post), I was surprised to see this bird pop into view! This YELLOW-THROATED VIREO is NOT a common bird for western Nebraska. In fact, I found what I think is the first county record for this species about 25 days before this sighting. No, I couldn't tell if it's the same bird, unfortunately: 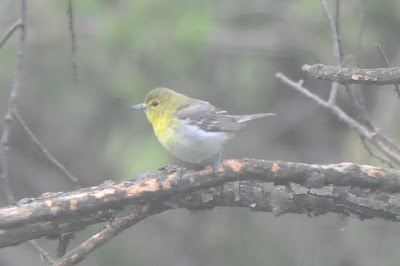 Another quirky species that blew in with the recent storm was this ORANGE-CROWNED WARBLER. June 12 is getting pretty darn late for this species in Nebraska. Also, this particular bird was REALLY skulky; much more secretive than I've ever witnessed an OCWA being before: 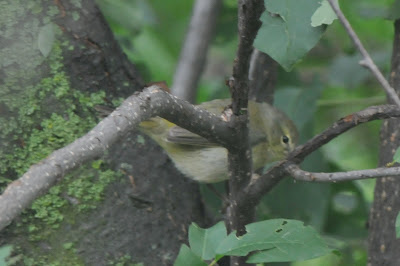 The last obvious bird that "blew in" with the storm was this YELLOW-RUMPED WARBLER. Interestingly, this is the first "Myrtle" that I've seen in several weeks whereas "Audubon's" have come and gone more recently: 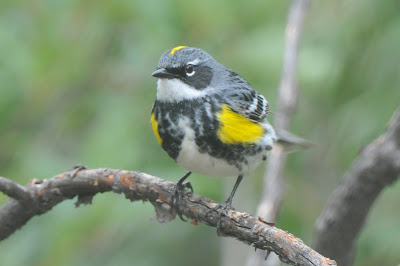 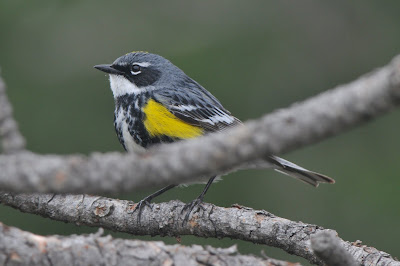