Yesterday we swung through Ted Shanks Conservation Area in Pike County.  You can click here to view the eBird hotspot page for Ted Shanks.  There you can view the bar charts, recent visits, click on the map, etc.

We were battling some moderate wind but we ended up tallying nearly 80 species in the 4 hours we were there (checklist here).

BUFFLEHEAD were flagged in eBird, presumably because it's getting on the late side (they'll be migrating out of here anytime).  Because they were flagged, I snapped a quick pic showing 12 of them, 2 males and 10 females: 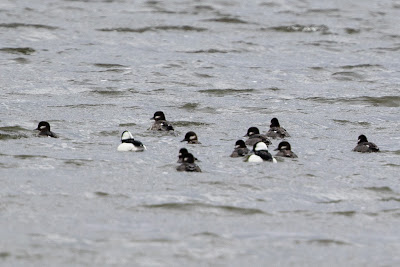 We finally found decent shorebird habitat and ended up with:

Turns out, the Dunlin and golden-plover were county birds for me.  Here's a Lesser Yellowlegs, the most numerous shorebird species we had: 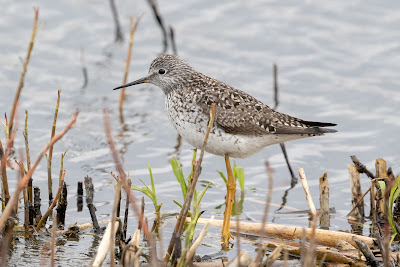 Another flagged species, again for being on the late side, was GOLDEN-CROWNED KINGLET: 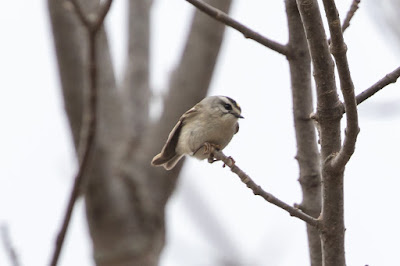 Along the same theme, this AMERICAN TREE SPARROW was also flagged in eBird for being on the late side.  They're abundant here during the winter months... but winter is over (or so they say): 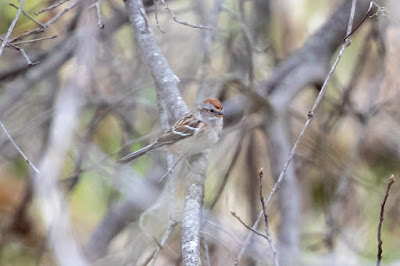 We found a small flock of RUSTY BLACKBIRDS which is always a treat.  This species was abundant at one time but they've gone through drastic declines in recent years.  According to breeding bird surveys and Christmas Bird Counts, numbers have declined 85%-98%.  That's alarming!  Here's a male: 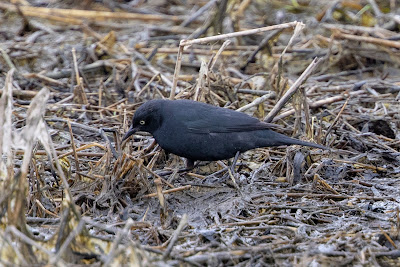 ... and a female in the same posture: 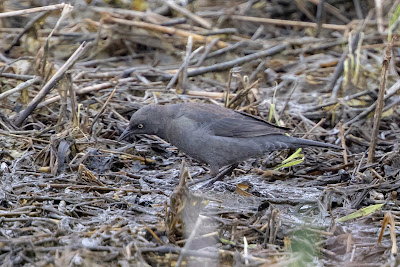