No bird in frame

If dragonflies, wildflowers, turtles, and butterflies scare you... best look away.  Or if you're here strictly for bird photos... well, you too will leave this blog post disappointed.

As it feels more and more like mid-summer here in northeast Missouri, I've found myself looking down at other creatures instead of birds (but my ears are always working!).  For example, even a quick visit to the garden yielded some amazing photo ops; check out this EASTERN AMBERWING: 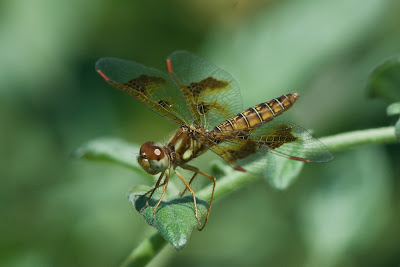 These are fascinating, tiny dragonflies, one of only a few that actually mimic being a wasp.  You all see the amber color in the wings?

Right next door to the amberwing was this HALLOWEEN PENNANT: 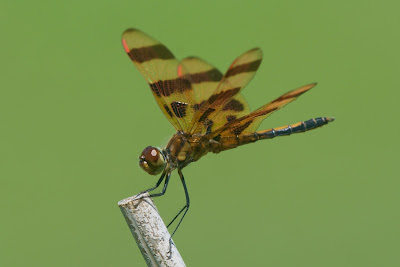 I have to admit that I really love those two photos!  The Halloween Pennant is named such because a) it's black and orange in color and b) it perches at the tops of plants and waves in the wind like a flag.

I don't do a ton with flower photography... maybe because they hate me and never look at me???? 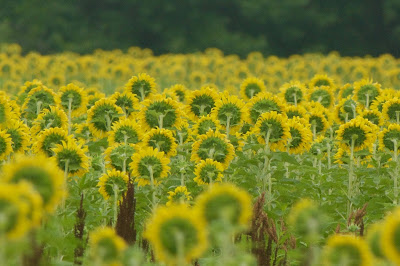 These snotty sunflowers were down at Ted Shanks Conservation Area in Pike County.  Of course, these sunflowers are fixated to the east, the direction that generally all mature sunflowers face.  Earlier in life, though, sunflowers are heliotropic or "solar tracking" and move their heads to follow the sun.

There was another flower around here that caught my attention once or twice.  A quick usage of Google found me my answer; this is a DEPTFORD PINK: 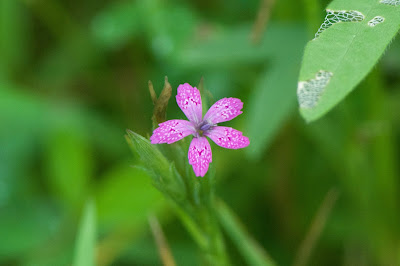 Snazzy little thing.  Of course I also learned that it's not even native to the US.  Pity.

While we're on a tear with colorful, non-bird species, here's a favorite of mine, the large BRONZE COPPER: 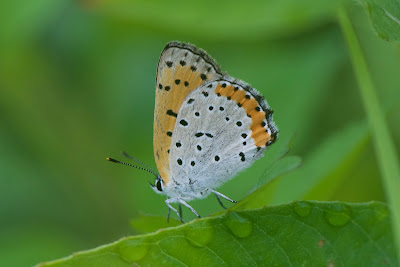 I would see these fairly regularly when I lived in Iowa but lost track of them when I moved out to California (and out of range).  Now that I'm back in the area for the time being, I was happy to stumble on this one down at Ted Shanks Conservation Area.  These bright dudes hang out in moist areas like wet meadows or grassy edges of wetlands. 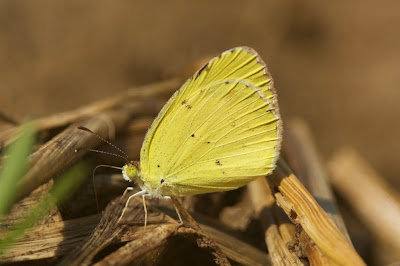 Not much of a habitat purist, these butterflies are found in dry, open areas like roadsides and abandoned fields.

Taking a tragic turn for the bland, the last butterfly is this mostly-brown skipper I photographed in the woods out back: 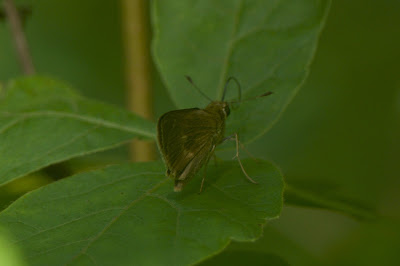 This guy is probably a NORTHERN BROKEN-DASH, not a particularly rare or uncommon butterfly... just bland as all get out.  Lucky for me, I enjoy studying even the bland-colored butterflies!  Besides, this was the first broken-dash I've seen here on the property.

Woah, here's a change-up for the finale.  We spied this EASTERN BOX TURTLE taking a drag across the front yard (at least it seems like they're dragging most of the time!).  I hypothesized that it caught a glimpse of the strawberries growing in the nearby garden and was headed to those (box turtles DO love strawberries; sometimes they're even lured to tomatoes because they're red).  Anyway, here's a turtle head you should enjoy seeing: 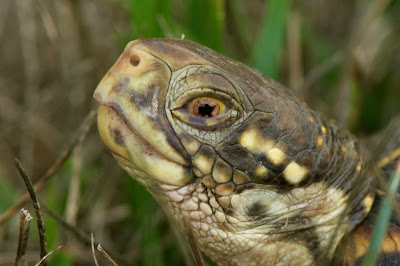