Home on the range

Ashley and I just returned from a quick trip to north-central Kansas to visit family.  "Whereabouts," you ask?  Well, here's a Google map of where Glen Elder is relative to the rest of Kansas: 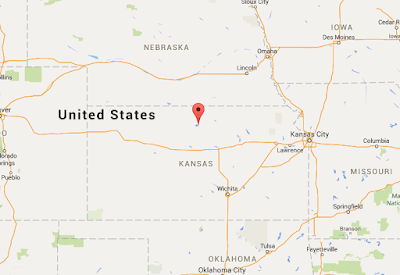 Ash has a side of the family that dates back to this part of Kansas several generations.  It's such a treat to be able to visit and step back in time, spending time in a farmhouse that is about 100 years old.

Elsewhere on the property, the fascinating remnants of the farmstead abound.  This shed has stayed standing thanks in part to the tree it leans up against: 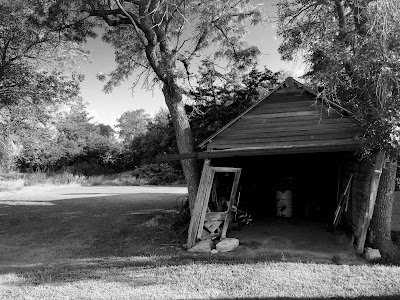 I can't fully wrap my head around how wonderful it would be to live somewhere that you can step out of the door and see the deep blues of a darkened summer sky contrasting with the golden wheat fields.  I would so gladly live here, it's not even funny: 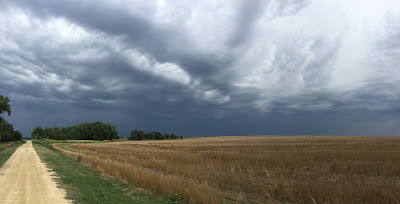 Knowing me, you can figure I tied birds into this visit.  I hadn't birded in Mitchell County before and so it was a lot of fun to explore the property (albeit minimally).  With the heat index topping 110 degrees though, my ventures outside were often brief!

One of the most easily-detected species were the pugnacious EASTERN KINGBIRDS, constantly sputtering about.  Here's one that got all regal for me: 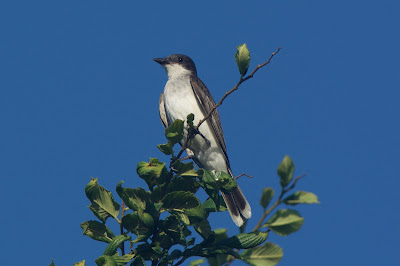 In my explorations around the house, I'd say I saw 1 Western Kingbird for every 5 Easterns.

Kingbirds weren't the only flycatchers though.  There were several family groups of EASTERN PHOEBES seeking shade alongside me.  Here are two youngsters that had just fledged recently: 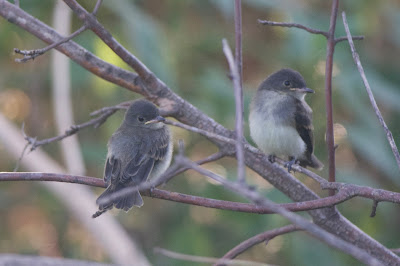 All in all, I tallied about 40 species of birds despite the heat and it being the lull of summer.  Some of the "highlights" included:

I didn't have a chance to see many butterflies.  One that I did manage a photo of looks to be a SUMMER AZURE, a fairly common species over much of the east: 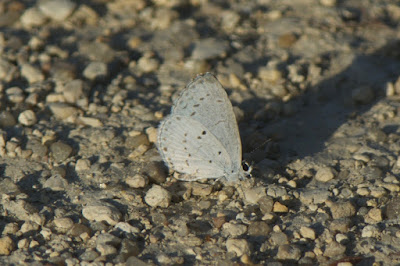 Making up for my failure of butterflies was this tiger-beetle: 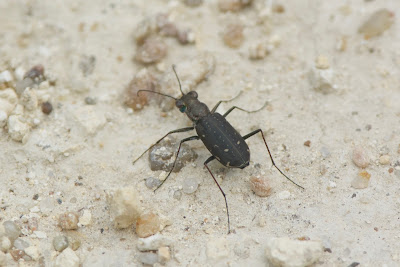 I know very little about tiger-beetles but with some Google sleuthing, I've come to the conclusion that this is a Punctured Tiger-Beetle (Cicindela punctulata).  In terms of abundance of this species, I read things like "dreadfully abundant."  Ok, so... I guess it's abundant... but hey, it was still new for me!

Anyway, before long, we had to venture back to Missouri.  We hadn't been on the road long when, just west of the town of Beloit (Mitchell County), we found a recently-cut hay field.  The newly accessible tasty-goods down in the grass clearly were attracting a lot of avian attention.  The one field had about 20 UPLAND SANDPIPERS and twice as many KILLDEER.  There was even a PEREGRINE FALCON chillin' in the field, probably eyeing the many shorebirds.

In a dry landscape with very little water, it doesn't take much imagination to see why these sewage ponds are hotbeds for avian activity.  Take a look at the Linn sewage lagoons from above: 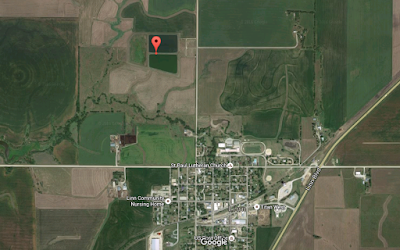 The Linn Sewage Lagoons were actually rather pleasant.  We tallied half a dozen shorebird species including:

Oh, there were plenty of swallows too!  African or European?  Hmm... well, this is a Barn Swallow: 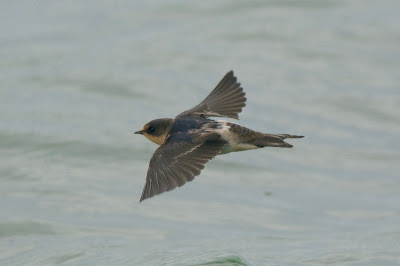 The sewage lagoon had other flying creatures too.  Ashley spotted this minuscule skipper on the path.  Luckily for us, it's boldly patterned and quite distinctive; it's a NYSA ROADSIDE-SKIPPER: 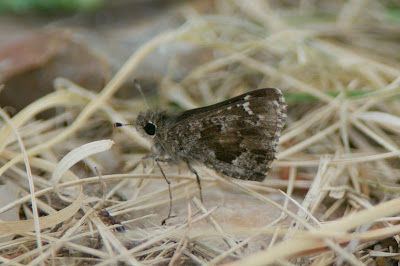 Although I've seen a few of these before (Kansas, Arizona, etc), I always enjoy seeing them.  Anyway, all in all, you can see that sewage lagoon checklist here.

Just down the road we spotted a few SCISSOR-TAILED FLYCATCHERS.  Although they aren't rare in that part of Kansas, I pulled over and snapped a quick photo anyway: 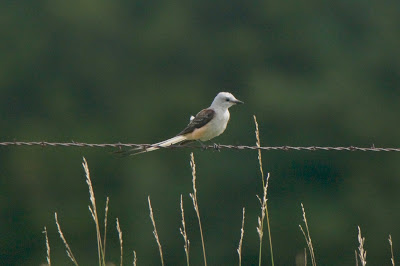 Anyway, now that I'm back I can look at my eBird numbers and I'm embarrassed to say that I somehow scored 13 state birds for Kansas!  Ha.  I have to remember that I didn't use eBird when I lived there and so I consider my dataset inadequate!  Cheers.
Posted by Cory J. Gregory at 7/24/2016 11:03:00 PM