I've continued to make my rounds to local patches around this part of Sacramento County.  I haven't turned up anything truly amazing but it feels good to cover ground that might not be getting covered at all.

I suppose the best bird I've stumbled on was this WESTERN TANAGER at William Land Park up in Sacramento.  Although it was flagged, this species has been findable there this fall (and last winter) so it's really not all that unexpected anymore.  I only managed a backlit photo from a distance: 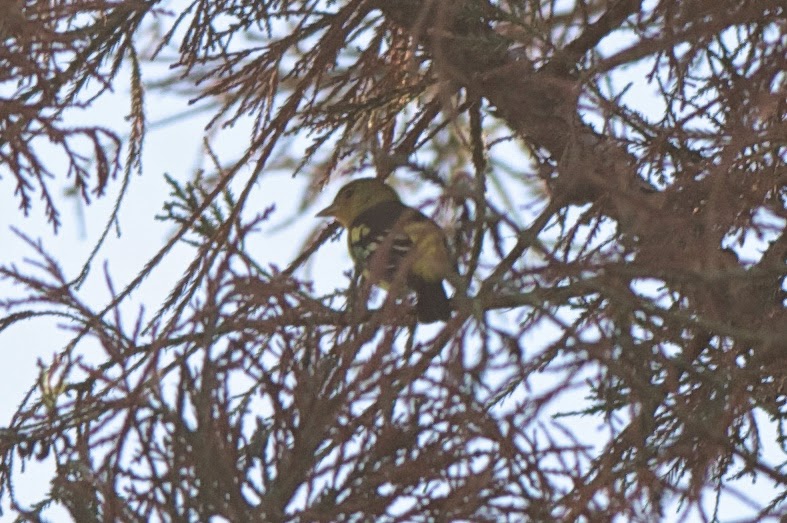 The rock garden there is always interesting.  There aren't always birds in it but the garden remains interesting!  This BLACK PHOEBE stationed itself right next to the water feature; fitting for a species that is often found near water: 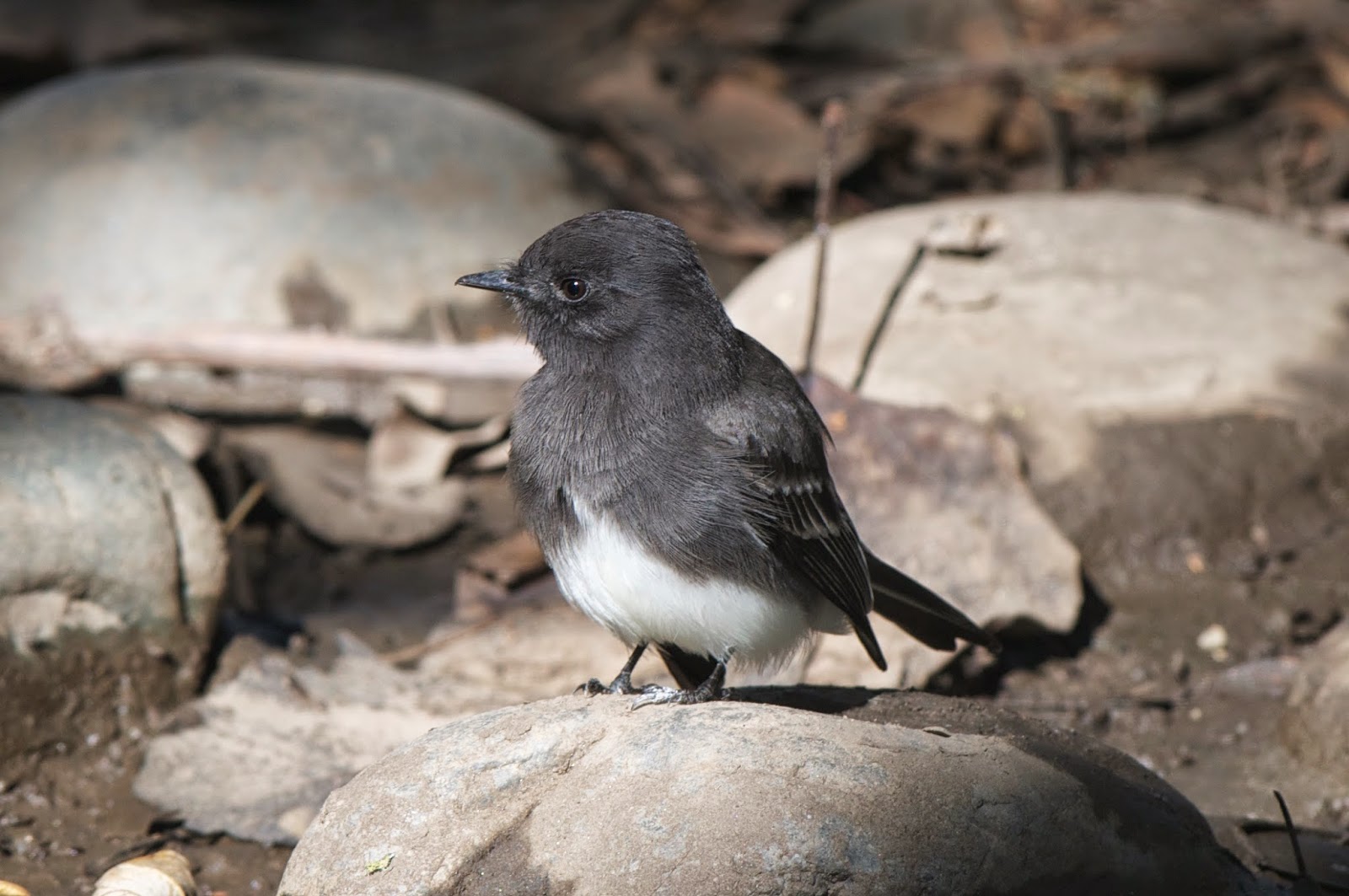 The FIERY SKIPPERS were very obliging; probably because it was a chilly morning and they hadn't warmed up yet: 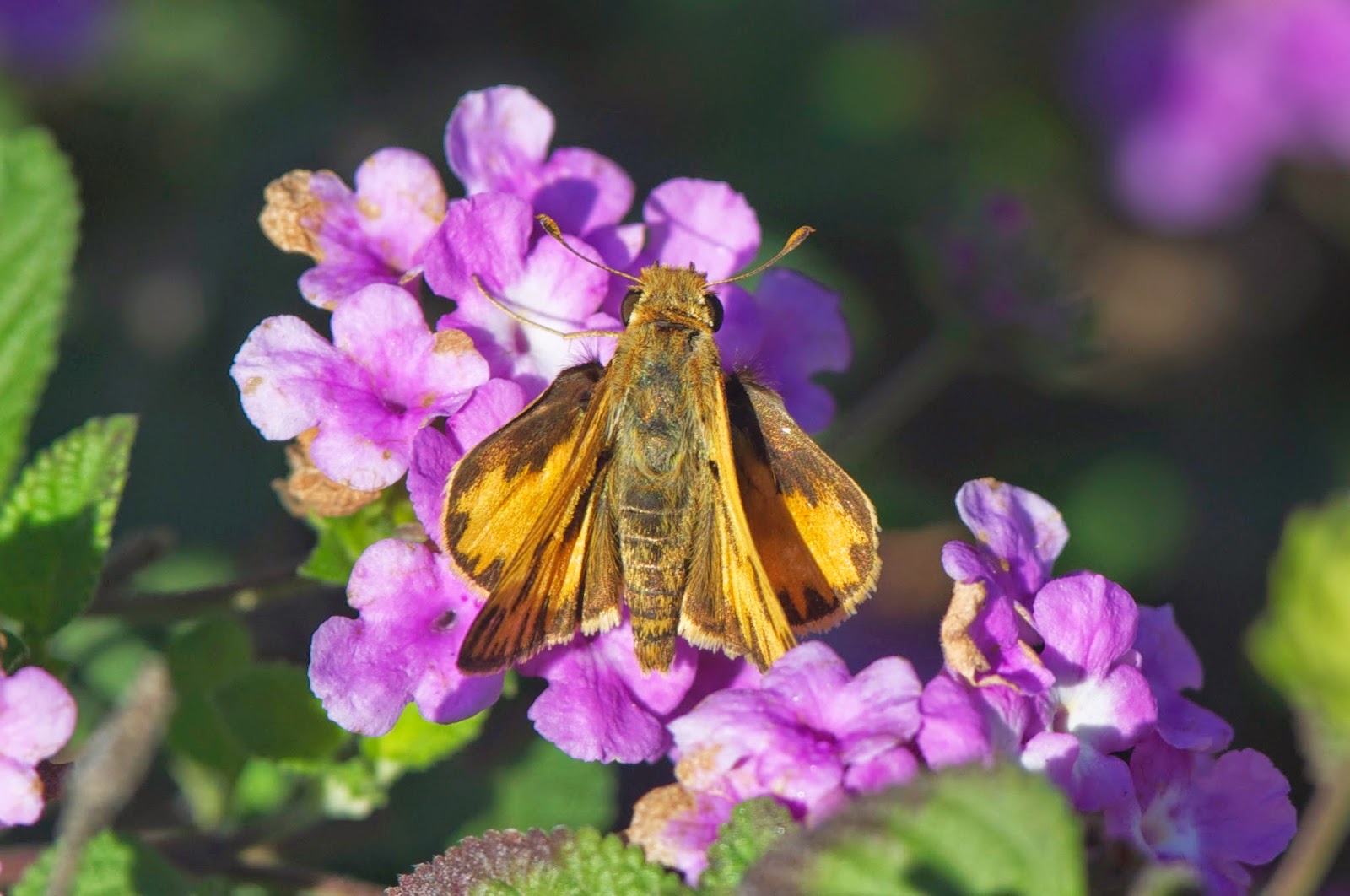 At a different local patch, Don Nottoli Park here in Elk Grove, I spied this PRAIRIE FALCON perched way up on a powerline tower.  This powerful predator is a denizen of wide open spaces here in the Western US.  It's actually pretty uncommon at this particular local patch (and only during the winter months).  In fact, this is only my 4th record there since we started birding it in 2011: 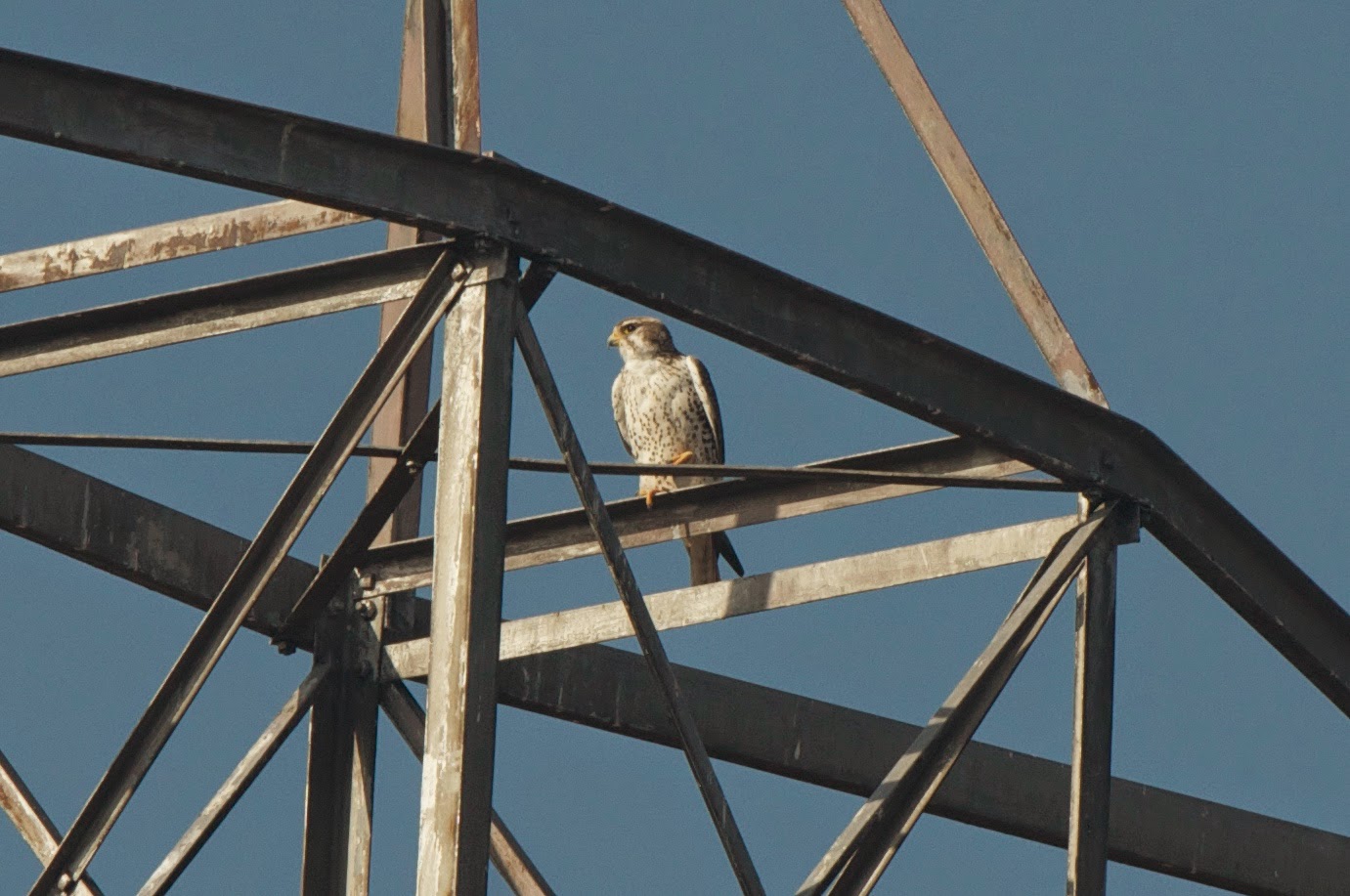 And now switching gears.  A lot of birders groan when you mention the H word.  Hybrid.  I get the feeling that many birders don't like them because, well, birders are eager to check off a species on their list, not a halfsie.  I mean, any birder can do whatever with whichever list they want but they probably shouldn't count something if it's not pure, right?  I would say that the Yellow-shafted vs. Red-shafted flicker conundrum is a good example of this but that'd be incorrect; hybrids are generally the offspring of two different species, not subspecies.  Thus, this flicker example is more about intergrades instead (remember, all hybrids are intergrades but not all intergrades are hybrids).

I hope it's widespread knowledge around here that the flicker you casually see might NOT be a pure "Red-shafted".  It's actually especially easy to tell on flickers because of the red crescent that is or isn't on the nape.  You can break it down like this:


If a flicker has ANY HINT of a red crescent on the nape, it's NOT a pure Red-shafted and shouldn't be called that on your checklist.

So congrats, you heard a flicker and didn't eBird it as a Red-shafted because you know NO ONE can tell by calls.  Or hey, you see a flicker fly by and it had reddish flight feathers... and you DIDN'T call it Red-shafted because, let's be honest, you have no idea if had a faint red crescent on the nape.  You get the idea!

Taking it one step further though, I started pondering this bird from William Land Park: 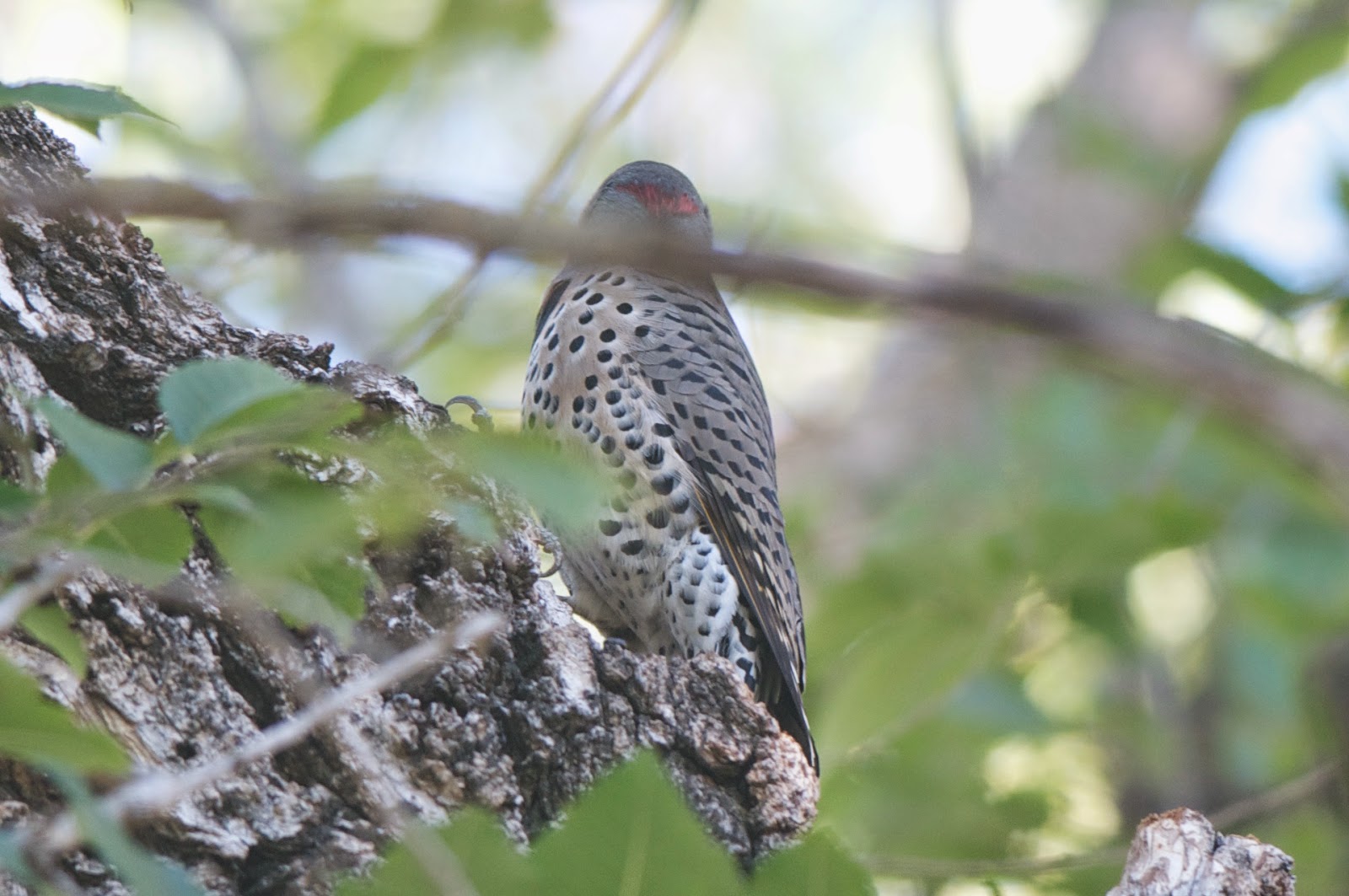 Yep, by this logic, red crescent = this is either an intergrade or a Yellow-shafted. 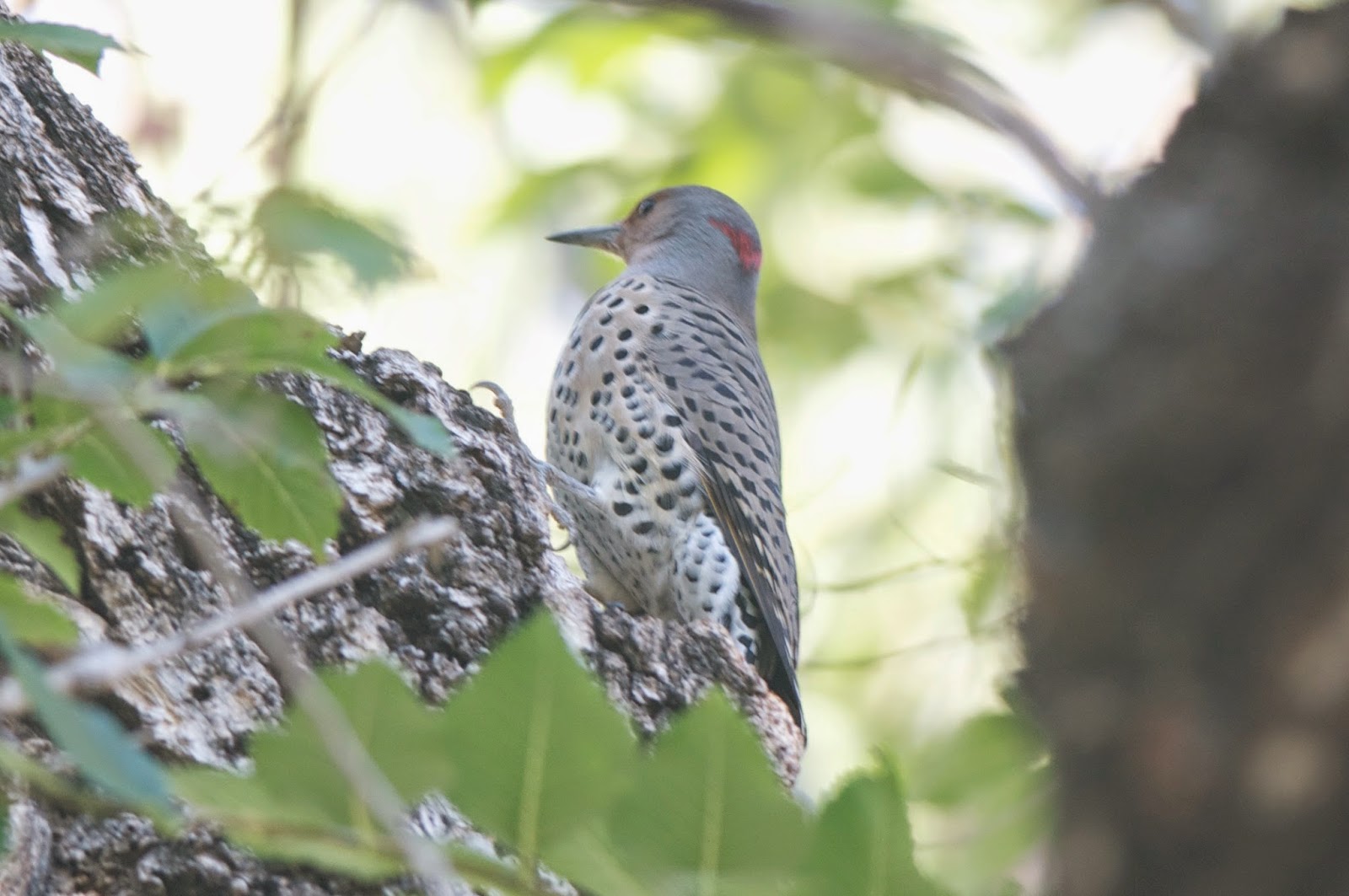 So looking at the flight feathers.... 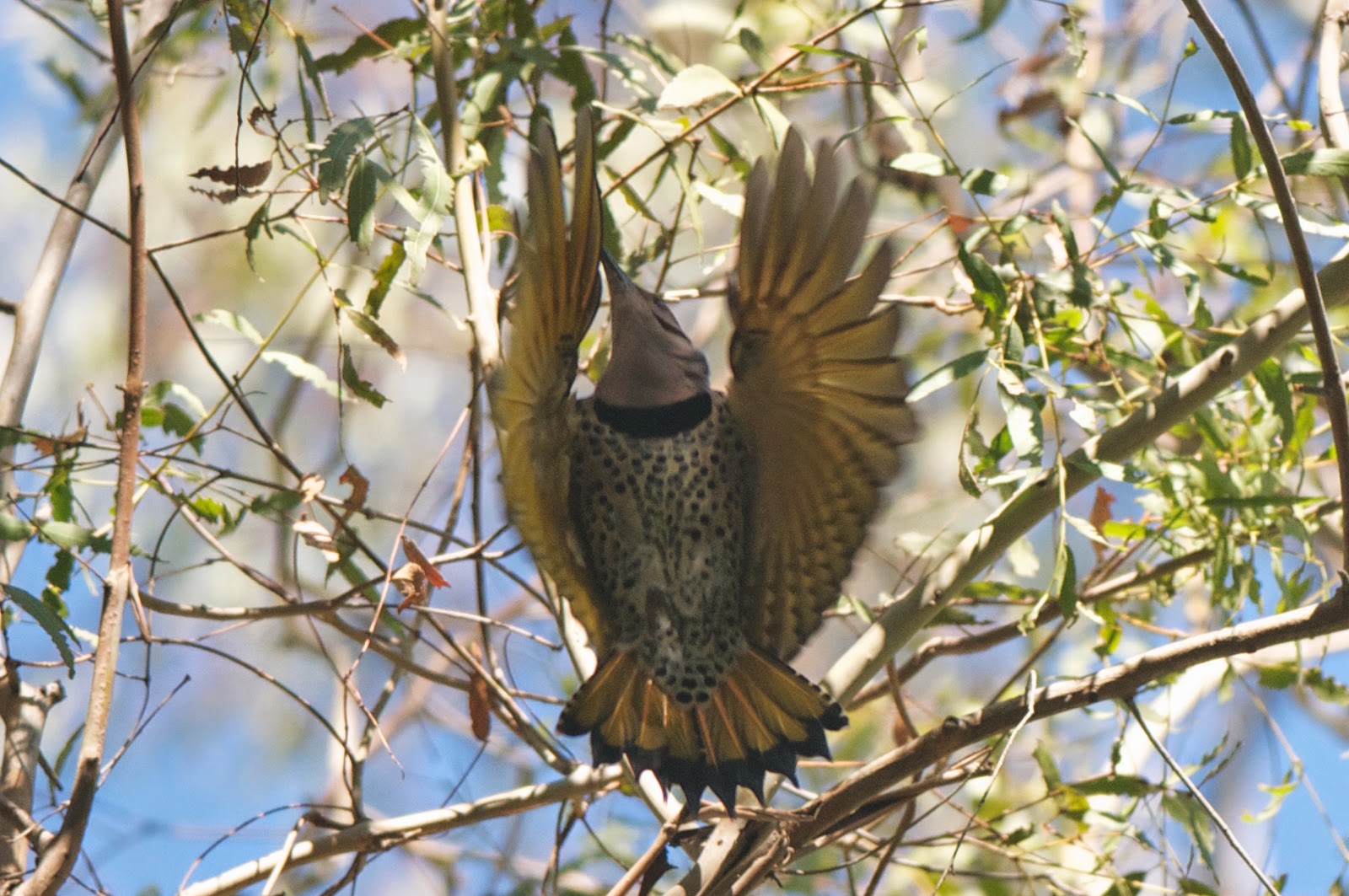 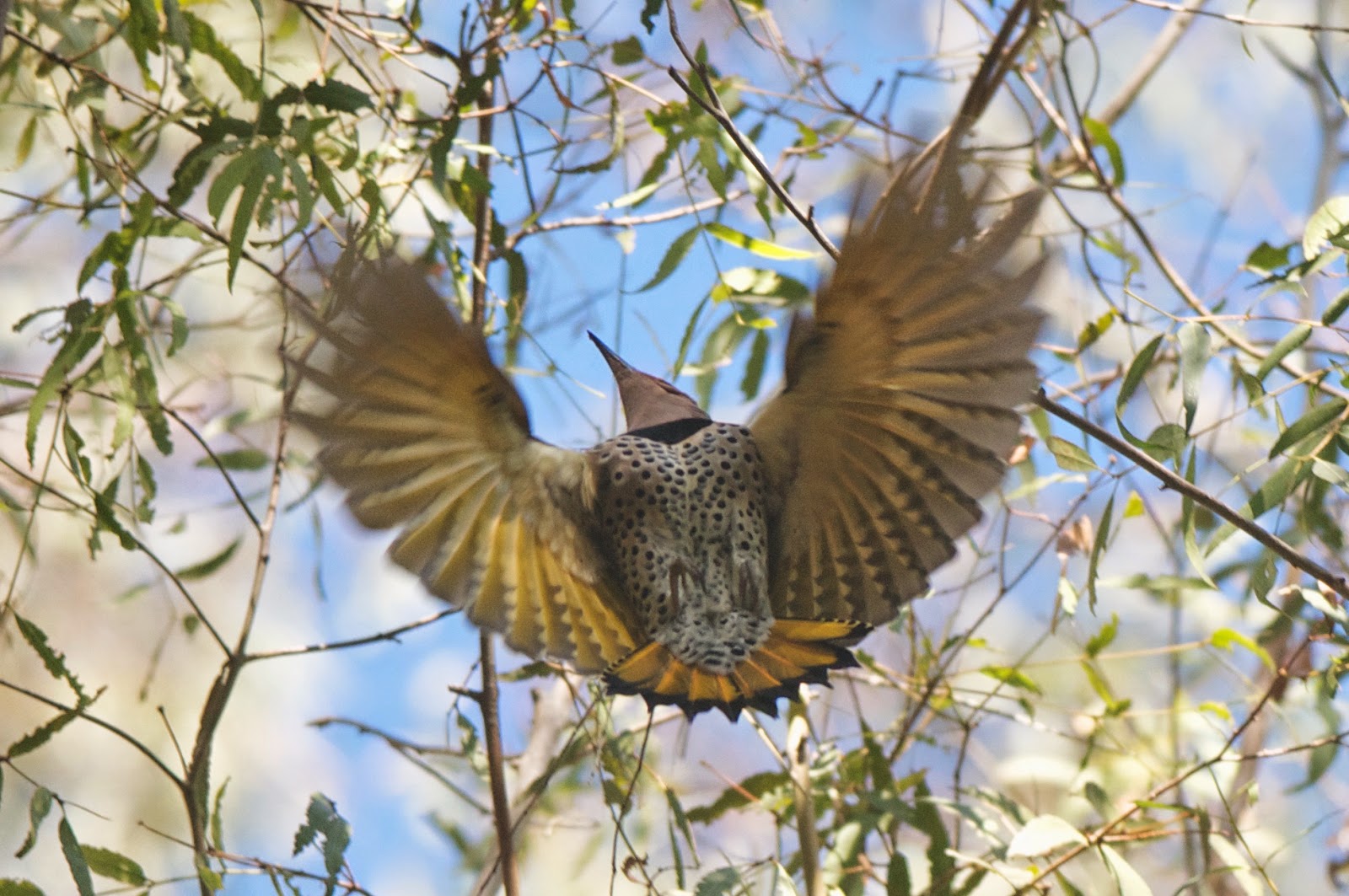 Aha!  They look rather yellow... right?  So this is a Yellow-shafted?  Right?  I'm not so sure.  And here is where I'll probably lose you...

I don't think this is a pure Yellow-shafted.  First warning to me was the red crescent on the nape; it doesn't look as bold as it should, or at least I don't think it does (feel free to Google images of other YSFLs and compare the red on the nape).  Secondly, I think some of the feather shafts, especially in the tail and outer primaries, look orangey and not the bright yellow I was looking for.  Together, to me, those things point to this being some kind of YSFL backcross.  So although I'm guessing a lot of birders here would call this a YSFL, I'm not comfortable with that.  Thoughts?  Have I lost it completely?
Posted by Cory J. Gregory at 11/06/2014 10:21:00 PM