And here I am 6 days later, finally with some sightings actually worth blogging about (ok, mildly debatable).  I'm sure all 3 readers are ecstatic.

A white-morph GYRFALCON was reported earlier this month in the Ferndale Bottoms area of Humboldt County, California.  Reports continued to come in and finally, when a KING EIDER showed up in the same county, it was time to utilize the long weekend for a quick stab to the north.  Although we didn't see the eider, we did manage to see this impressive bird at the Eel River Estuary Preserve: 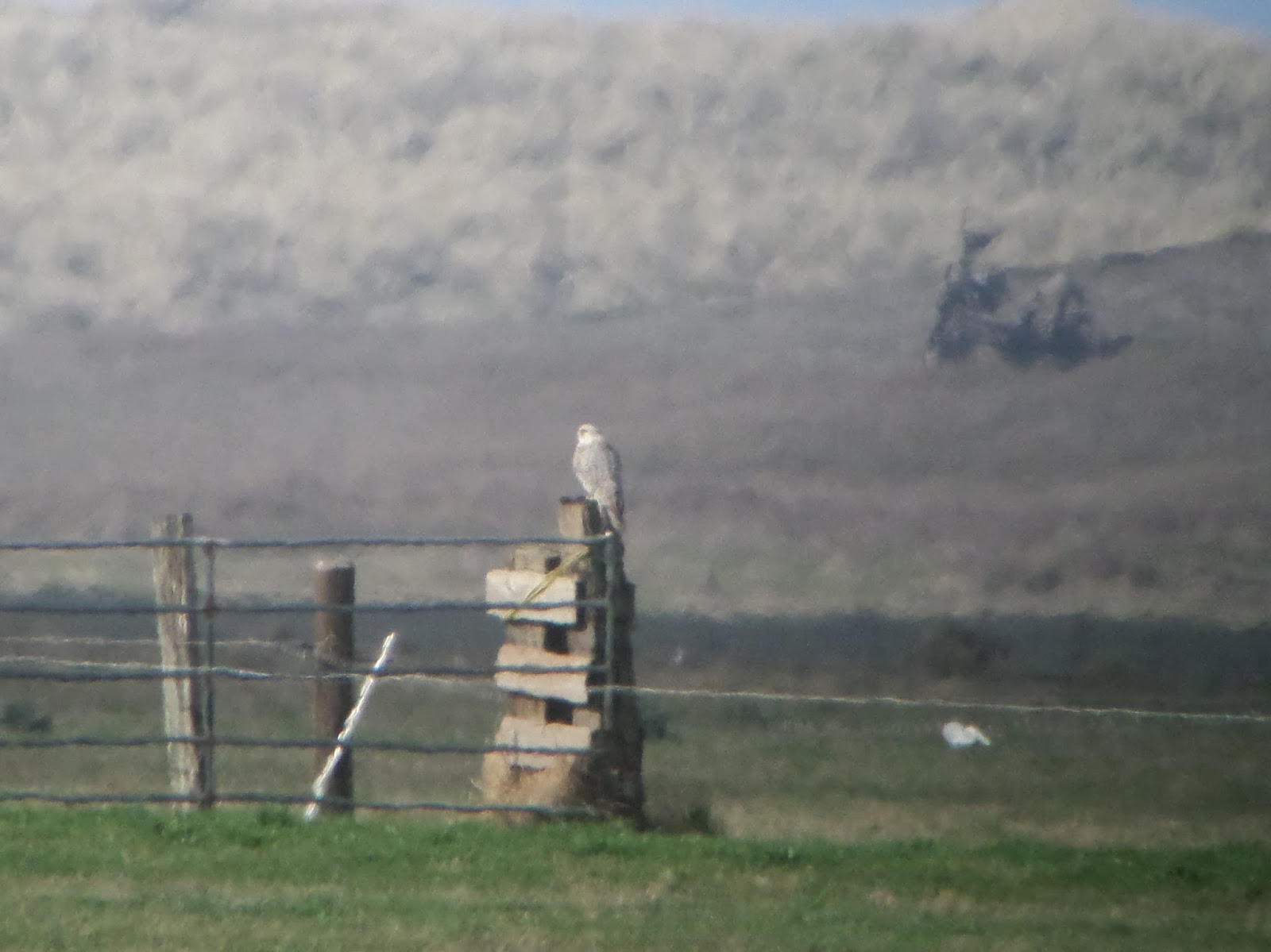 As many of you already know, the white morph of this species is the least expected, especially here in California.  In fact, when the bird was initially seen earlier this month, it was passed off as a pale Prairie Falcon.  Whoops!  Either way, I was pleased to see my first white-morph Gyr.  I should add that I was impressed with the preserve (even though we had to make reservations to visit); check out their website here.  Here's a map of rough where the bird was during our visit:

View Gyrfalcon in a larger map

Back to local stuff, I finally ventured outside of Sacramento County last week and visited Staten Island (San Joaquin County) which is only 15 minutes south of here I live.  Although I didn't see any collared geese to scope through, the ubiquitous SANDHILL CRANES, including this banded bird, were obliging: 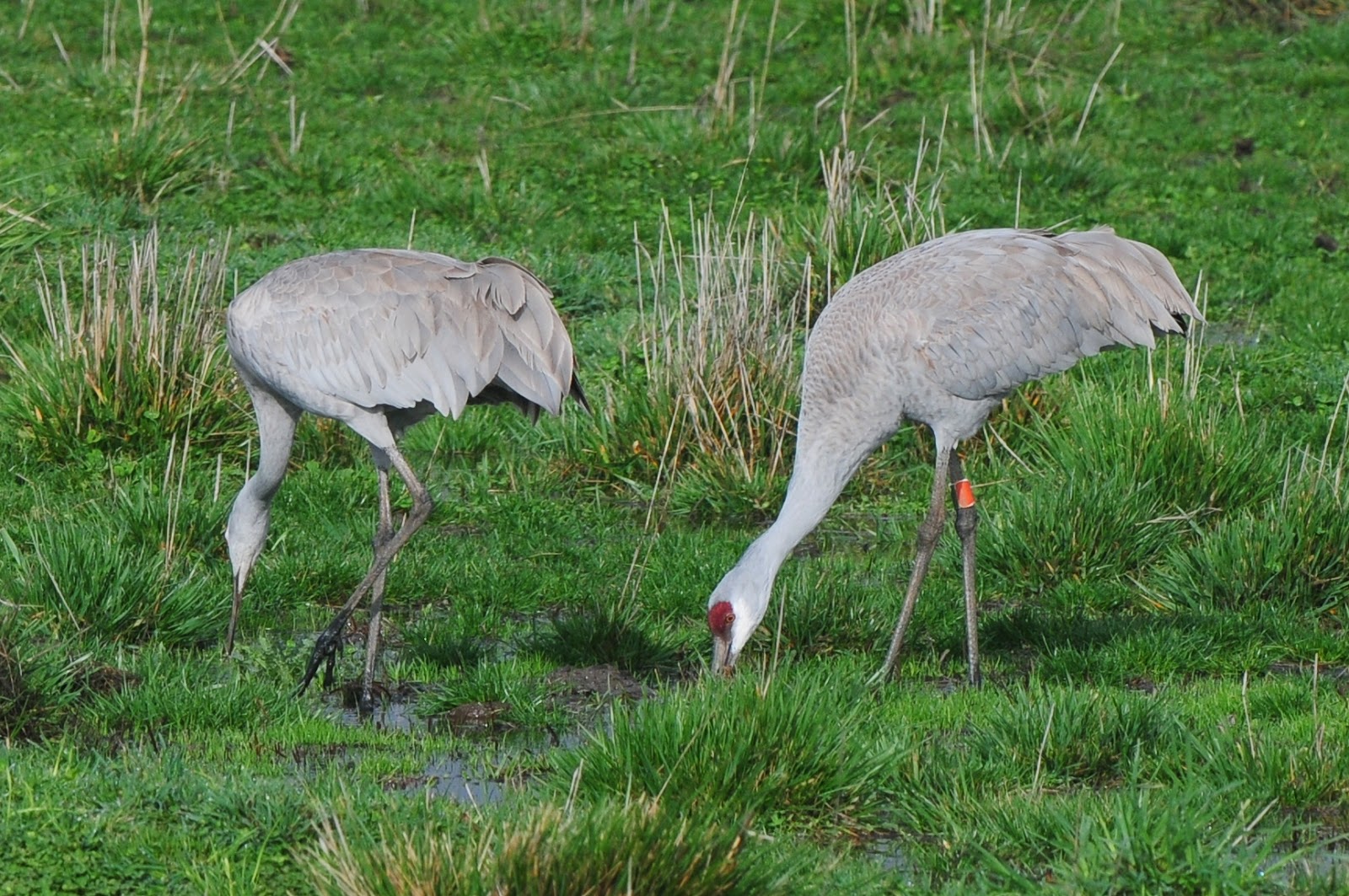 If I lived closer to the coast, this is the season that Allen's Hummingbirds migrate north.  However, I'm "stuck" in the Central Valley where we only have ANNA'S HUMMINGBIRDS for the time being.  Although if you catch the gorget in the right light, it's still an attractive experience: 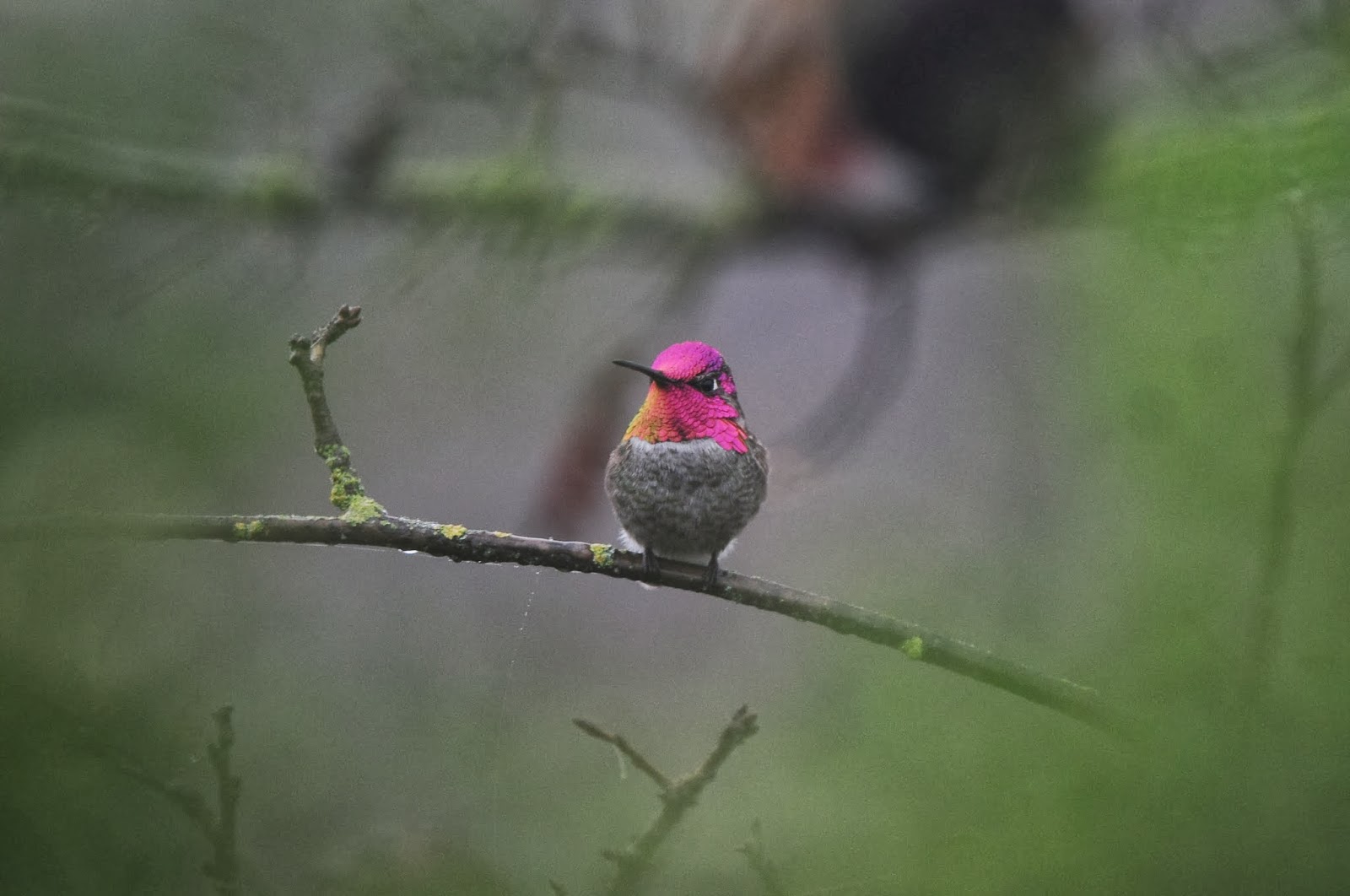 This "slate-colored" DARK-EYED JUNCO was actually my first for California (loooong overdue).  And where did I stumble on this charcoal ground-denizen?  My local patch, of course: 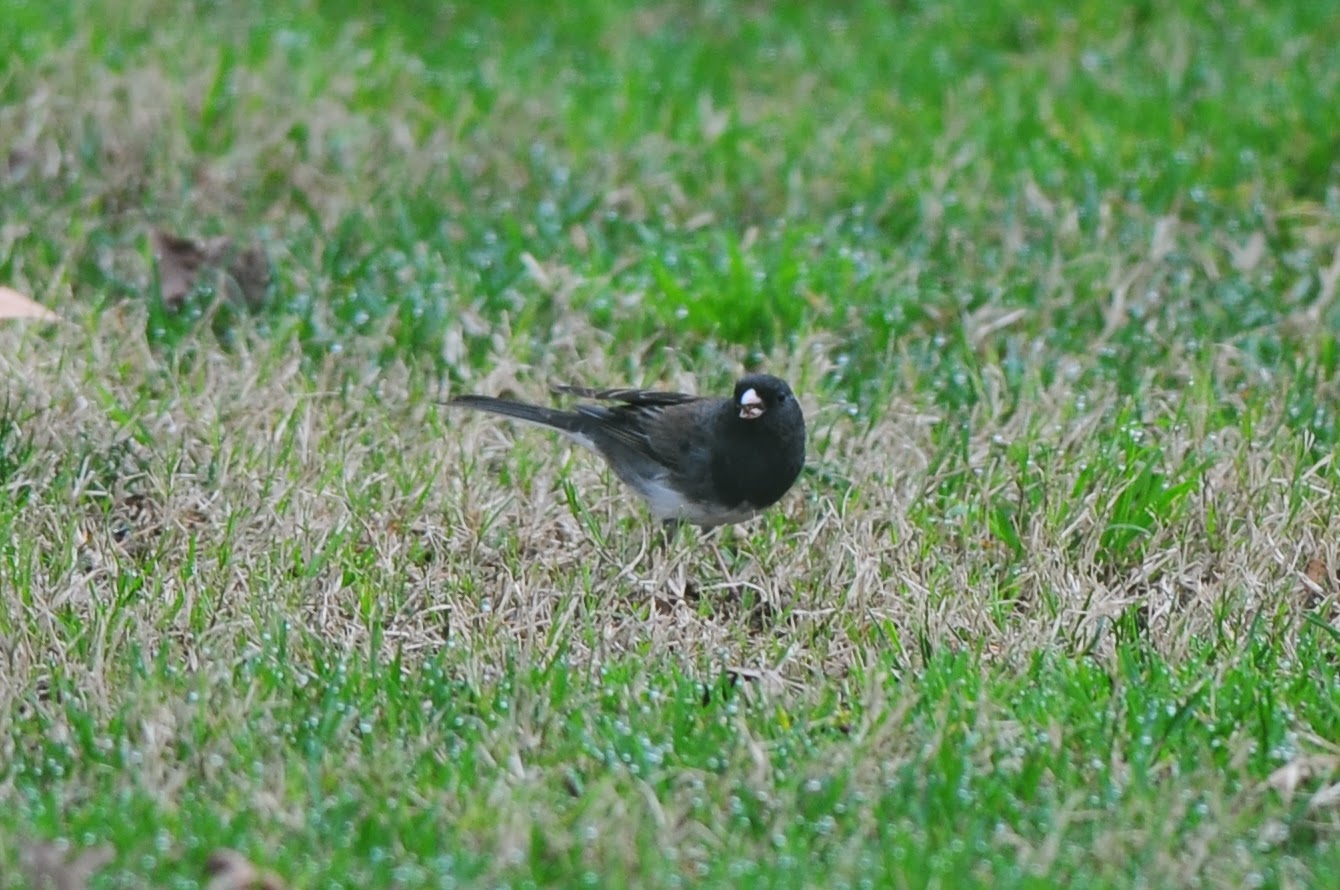 At the same park I found this TOWNSEND'S WARBLER.  Although not exceedingly rare here in the winter, they're by no means common either.  This was the first time I had seen this species during the winter months at Elk Grove Regional Park: 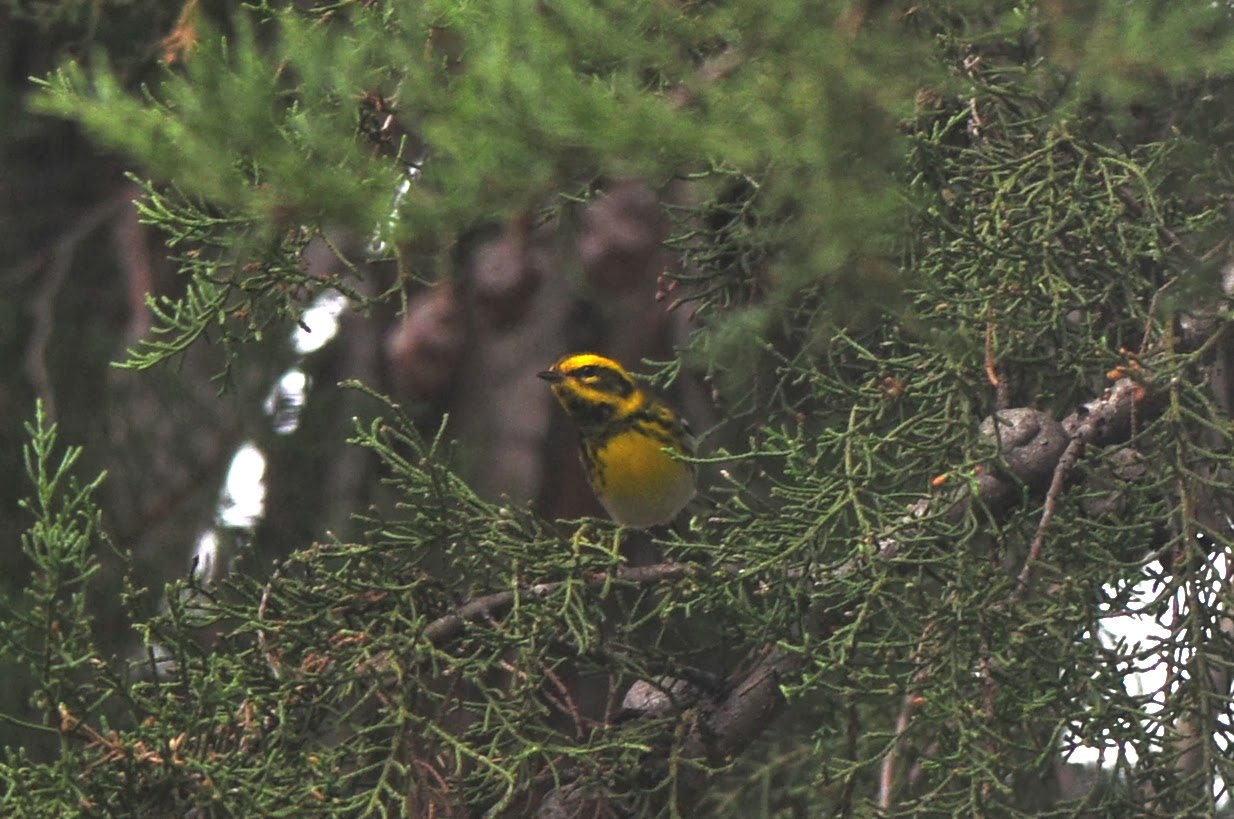 Oh the woodpeckers.  Can't forget the woodpeckers!  The most abundant species around here at the moment is the well-known NORTHERN FLICKER.  Best pay attention to these because the different races have no decency whatsoever and hybrids are ransacking all local parks, lawns, and yards.  This male, however, is just a pure RED-SHAFTED: 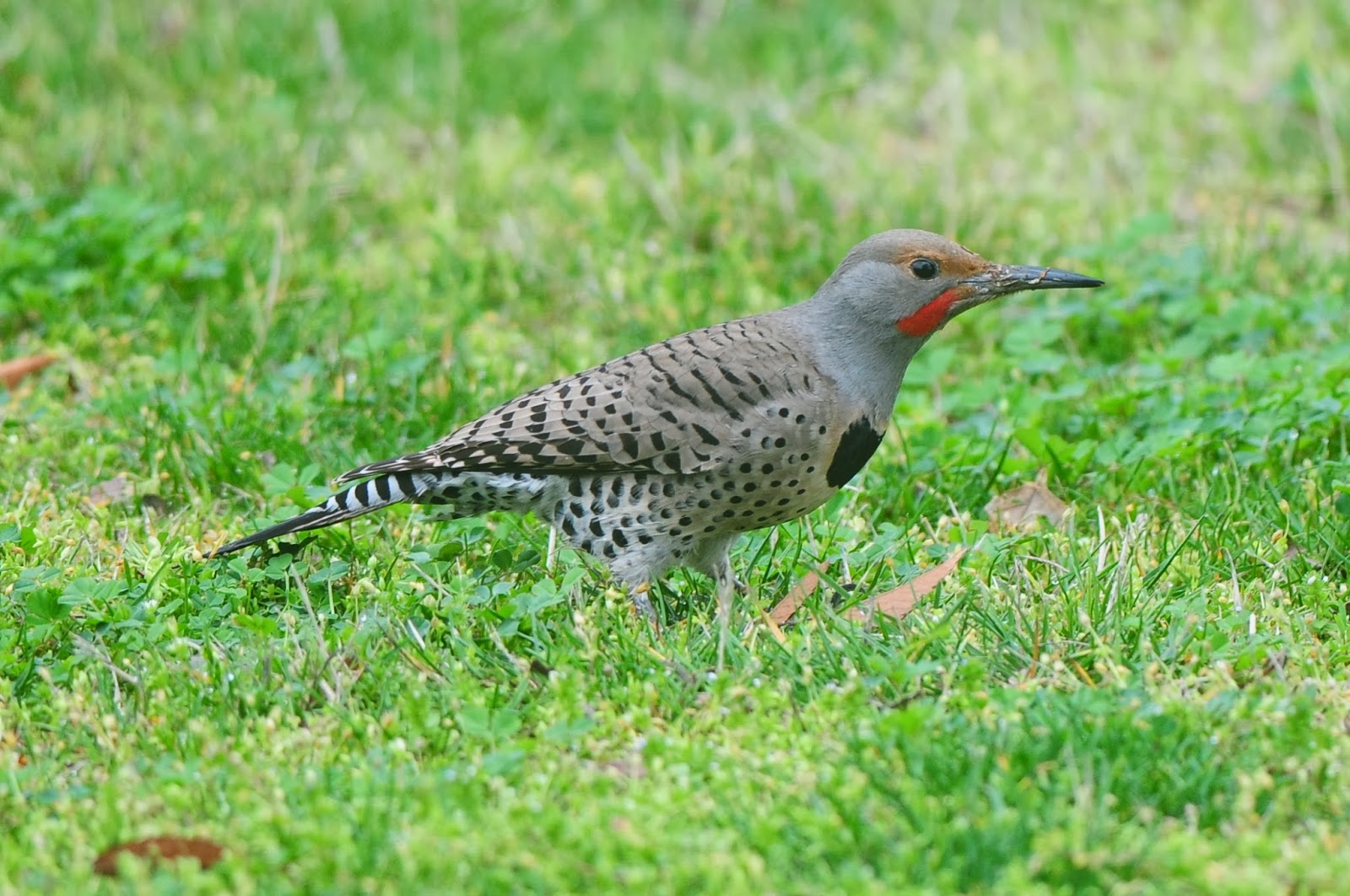 The second-most abundant species of woodpecker around here is the NUTTALL'S WOODPECKER.  Nope, not Downy.  Here are two recent shots showing a hopefully-obvious difference between the genders: 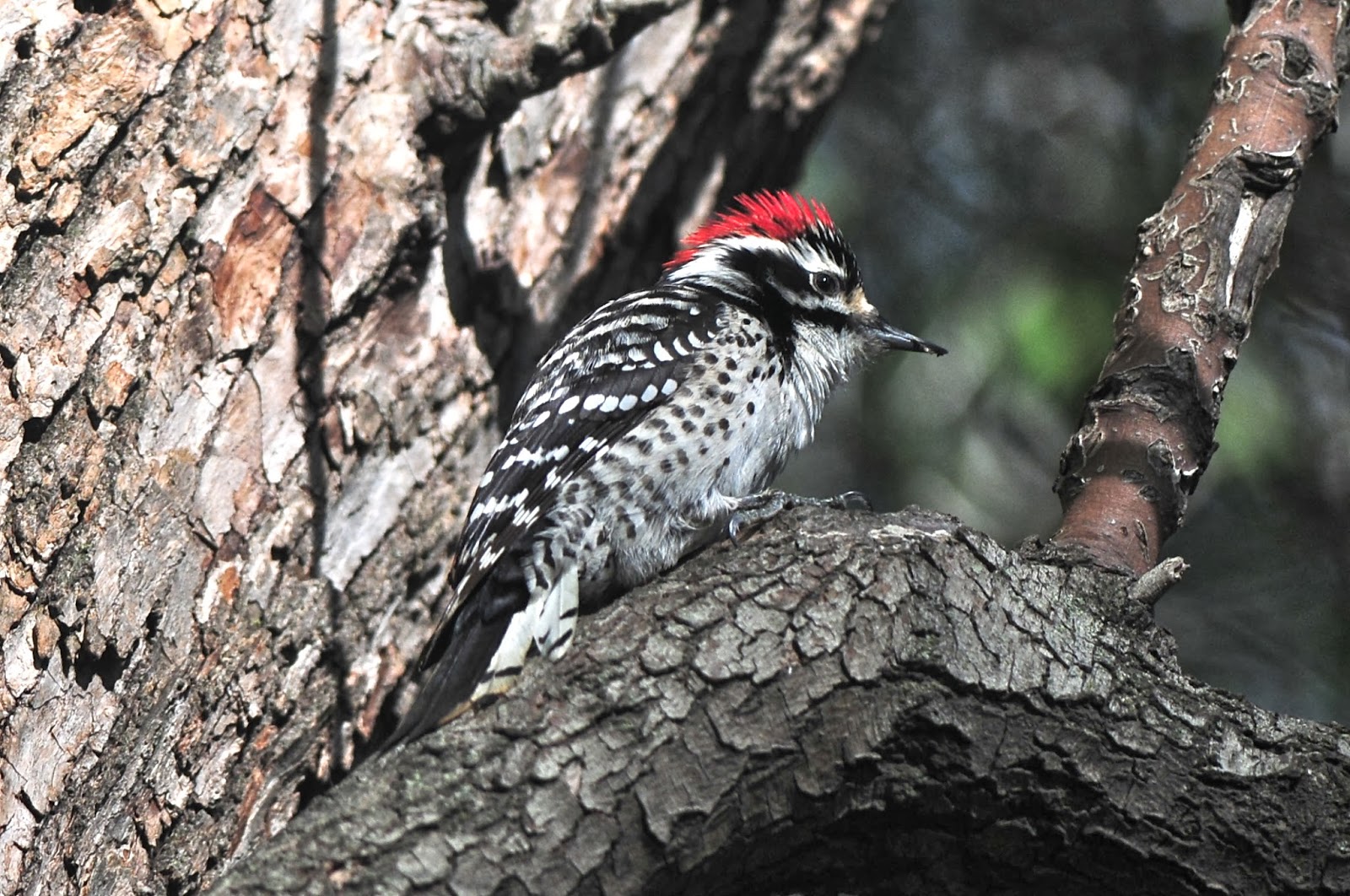 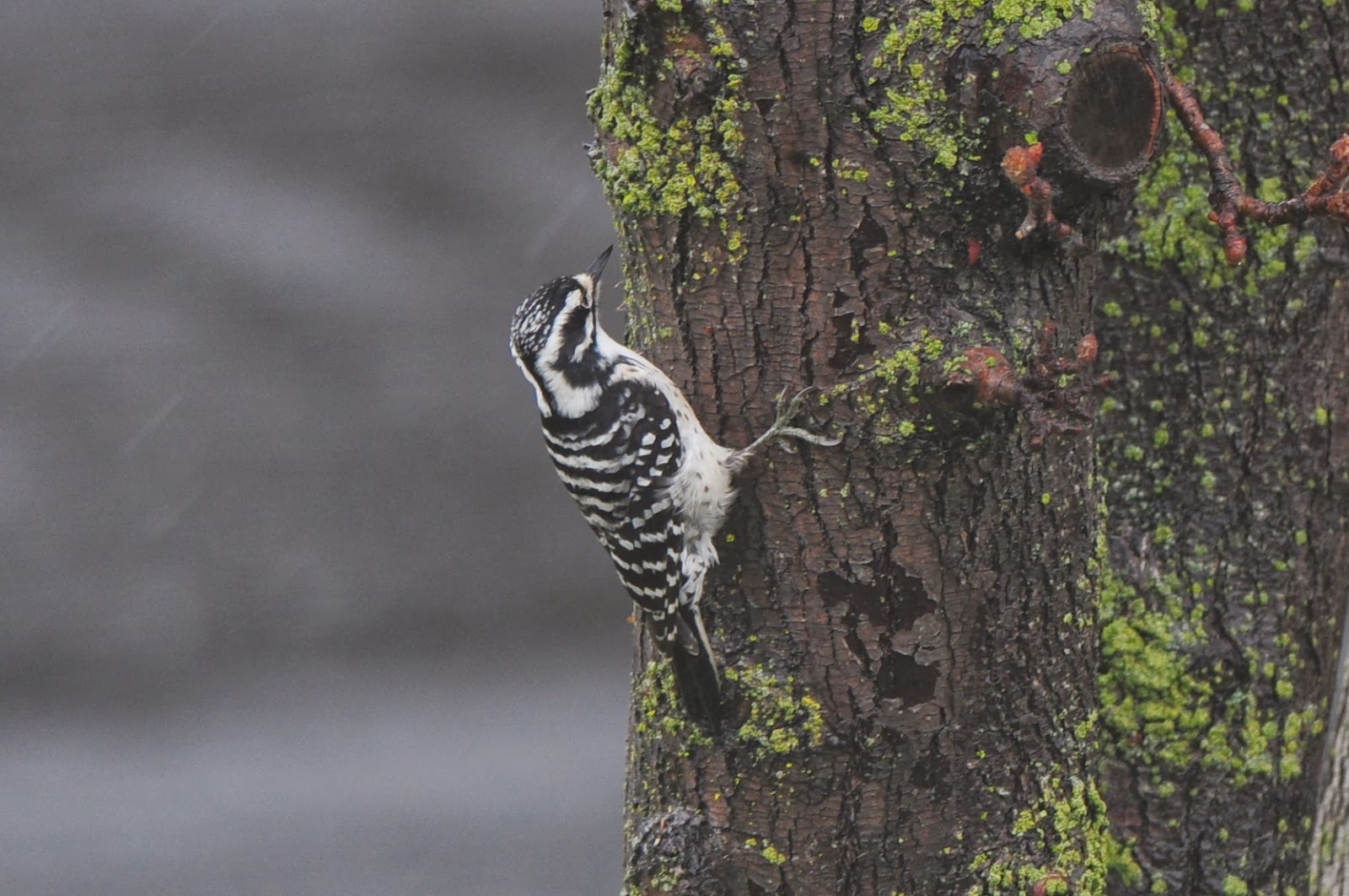