It was March 28 and I had just finished a successful chase of the Thick-billed Vireo in Miami and Shiny Cowbirds in the Everglades.  Next up was a trip down to the Key West area for another target lifer, the female WESTERN SPINDALIS that had been present at the Key West Botanical Gardens for several months.

I arrived arrived at the botanical gardens to high winds and warm temps.  I knew it was going to be a challenge to find such a drab bird, especially one that didn't move around a whole lot.  I started my search and nothing.  Kept looking... nothing.  I was honestly getting very concerned.  But just then a van-full of birders from Ohio unloaded; they too wanted the Western Spindalis.  I felt better, surely 20 people looking would be better than just me!

And that's exactly what happened.  Fifteen minutes passed and then word traveled through the place like rapid-fire, someone had spotted it.  We all rushed over and got splendid looks: 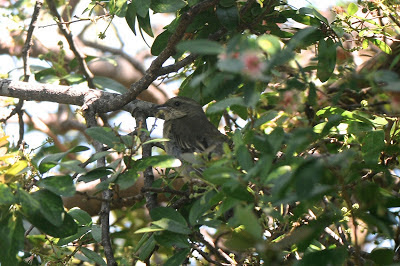 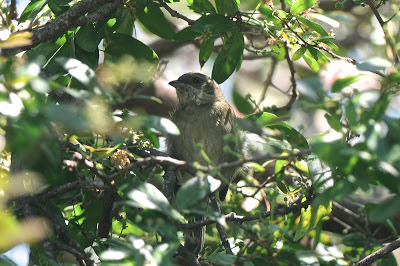 Top prize for whoever spotted it; this bird didn't move from that spot for probably 20 minutes.  It was nearly invisible if you didn't know exactly where to look.

After that close call, I started to look around the gardens at other things like this GIANT SWALLOWTAIL: 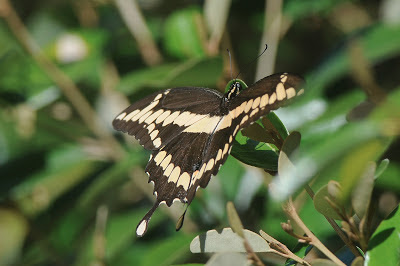 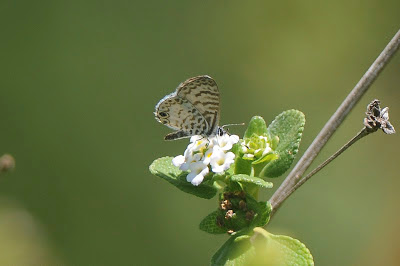 ... and LONG-TAILED SKIPPER (without the long tails): 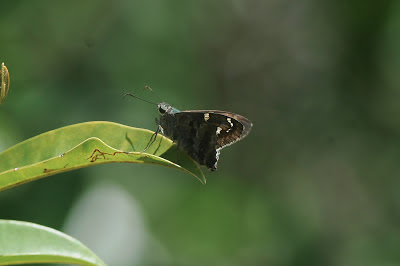 I had never seen such a tame PALM WARBLER as this guy: 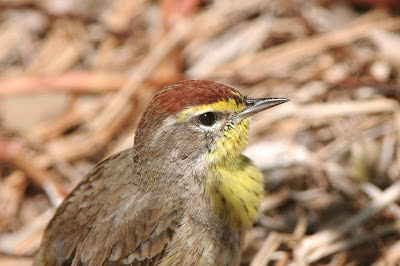 After the botanical gardens, I went down to Fort Zachary Taylor at the tip of Key West to look around. The birdlife was very dead, however.  One of the only species I had was this flyover MAGNIFICENT FRIGATEBIRD: 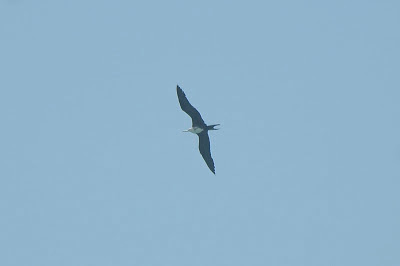 The water looked inviting though, I won't lie: 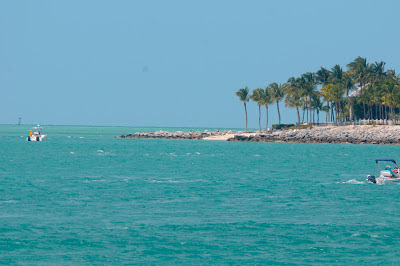 Some movement caught my eye in one of the low mangroves, it was an iguana, probably 5-6 feet long: 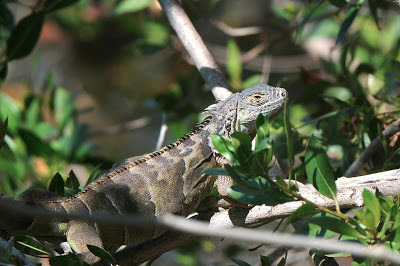 I started my drive back up the Keys.  In the back of my mind I was keeping an eye out for COMMON MYNAS.  The only reason I was interested in this species was that I hadn't ever snapped a picture of one.  Somewhere down the road, I saw some on the shoulder!  Perfect.  I yanked the car over, jumped out with my big lens, and took some distant photos back up the highway.  I'm sure all the motorists were rather freaked out by a sketchy dude pointing some machinery down the highway at them but hey, what can you do?  The picture is nothing great but I'm not in it for great photos. 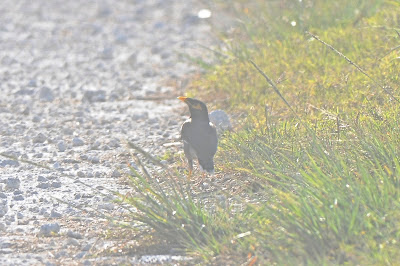