Let’s be honest, one of the only reasons I was even in Florida was to chase these things called “life birds”.  No, I don’t expect any sane person to really understand the draw of the chase but different people have different interests, right?  Ok, so, I spent most of March 30 targeting two life birds.  First was a drive up to Pelican Island NWR to look for the continuing WHITE-CHEEKED PINTAIL.

Now, to be clear, this species is often kept in captivity and in fact, very few records of this species make it through the records committees.  HOWEVER, because this species IS on the official ABA Checklist (see ABA checklist here), it is up to the birder whether or not he/she wants to count it on their ABA list.  The word on the street was that a lot of people felt quite good about this particular one; it was shy (like a wild bird would be), it was foraging with Blue-winged Teal (as opposed to taking bread from the hand of Auntie Thelma in the city park), and there were no obvious signs of captivity.  The short side of the story was that I should actually look for this thing, whether or not they accept it.

I arrived at the refuge and found a few birders walking back to their cars.  “Did you see the bird?” I asked and they all nodded their heads and gleefully said “Sure, it flew off that way.”   Well, great.  I had no other option but to stick it out and see if it would come back.  Sure enough, it wasn’t 5 minutes before I spotted it tucked away in a different corner of the pond.  Here are a few pictures of it associating with a Blue-winged Teal flock: 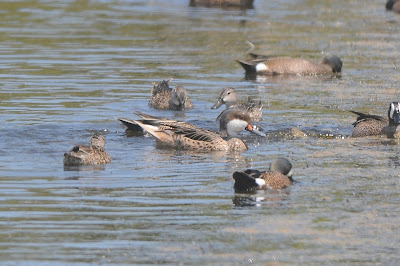 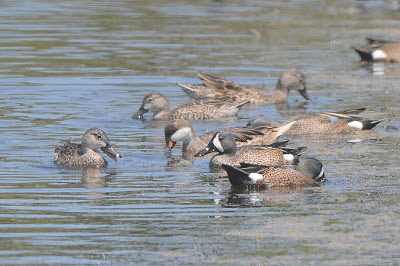 Although I hate to say it, I should get used to seeing more MOTTLED DUCKS because I’ll end up being around them a lot in Georgia.  Here are two: 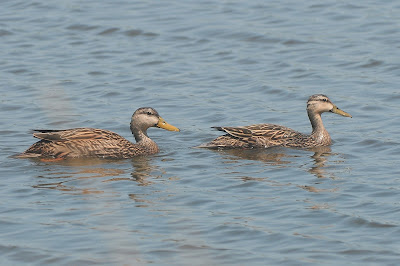 There were some other birds flying around like this WOOD STORK: 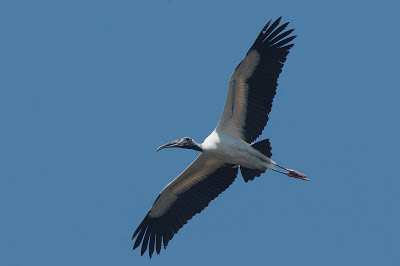 I also snapped picture of this GREAT SOUTHERN WHITE since it was flying around in front of me.  It wasn’t a new species but it’s still an attractive and native butterfly. 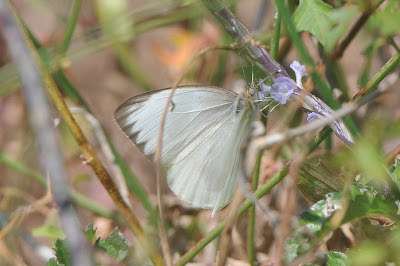 So, now the dilemma.  I needed to see NANDAY PARAKEETS (formerly called “Black-hooded Parakeets”) in their “official” range over by Tampa and St. Petersburg.  Easy drive.  I made the jaunt to other coast of Florida and before I could even arrive at Lassing Park in St. Petersburg, I noticed these things flying all over the place.  Ahh, easy!  I got out of the car at the park and in the first palm I looked at, these two were looking back at me: 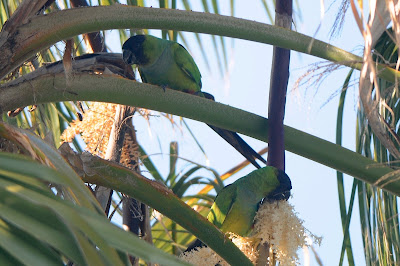 Success, two new birds today.  However, my mind instantly did a full reboot at some news coming out of Indiana.  A code-4 SPOTTED REDSHANK was being seen.  And I was in Florida.  I did some calculations and made a plan.  Easy, I was driving to Indiana.
Posted by Cory J. Gregory at 5/24/2013 04:09:00 PM