First things first, I woke up in the Everglades, packed my junk, and headed out.  Shortly after leaving the part (as in, 1/4 mile), I noticed a kingbird perched up high along the side of the road.  This was no Eastern Kingbird.  I turned around and alas, it turned out to be a TROPICAL KINGBIRD (although I initially thought Western): 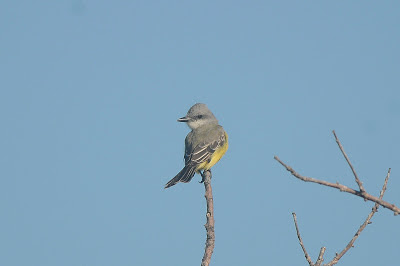 That was a surprise for me, I hadn't expected THAT species here in Florida.  While I was reveling in the moment, I noticed a second flycatcher in the same tree.  You can see it here in the lower right part of the photo: 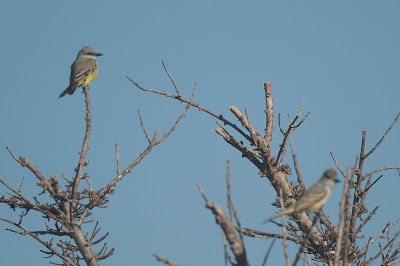 And yes, this was no Great Crested Flycatcher either!  It was an ASH-THROATED FLYCATCHER; another new state bird.  What a haven for rare flycatchers, apparently.

This RED-SHOULDERED HAWK didn't want to be left out of the action though.  In fact, both the kingbird and the flycatcher persisted in harassing this lizard-eating fiend: 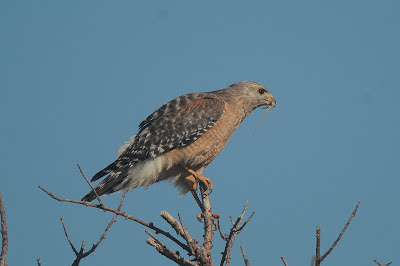 After that stop, I headed for the Pembroke Pine area.  Once I arrived, I actually noticed more butterflies than birds (it's been known to happen).  Here's the showy ZEBRA HELICONIAN: 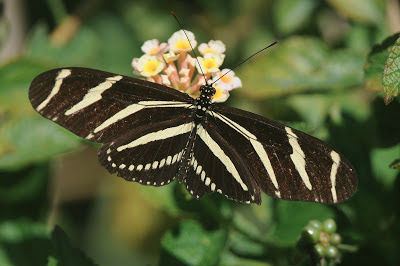 ... and a JULIA HELICONIAN: 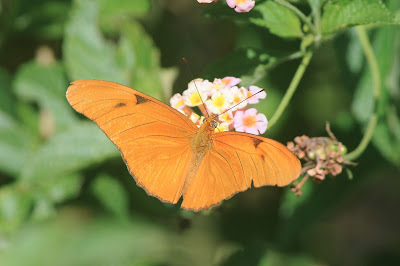 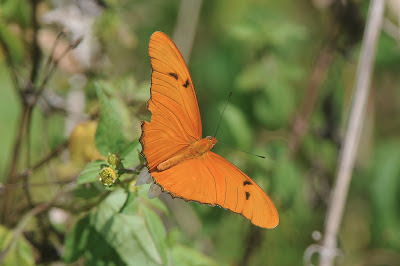 Another southeastern species, there were several OCOLA SKIPPERS around with their obviously long and narrow wings: 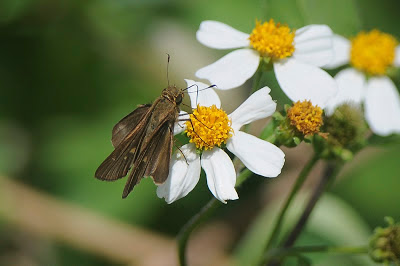 This BAND-WINGED DRAGONLET was a new species for me as well: 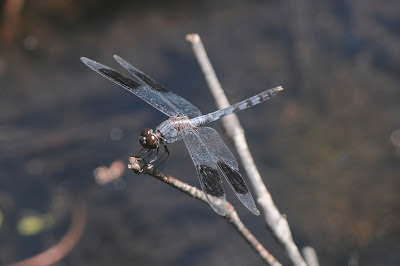 Although they can sometimes be elusive, the last several trips I've made to Florida have yielded gobs and gobs of LIMPKINS.  This trip was no exception.  Here's a relatively tame one: 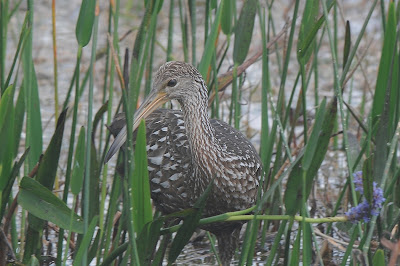 However, my target today was a life bird, the newly ABA-countable PURPLE SWAMPHEN.  If you know where to go, they are extremely easy to see.  I was fortunate and spotted this bird no less than 1 minute out of my car.  Here's a picture of the oversized and giant, purple gallinule-type thing: 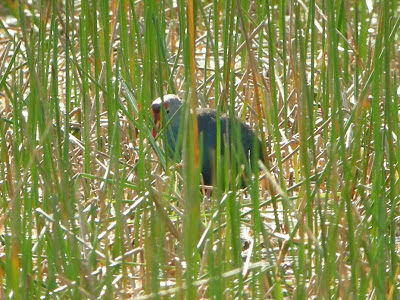 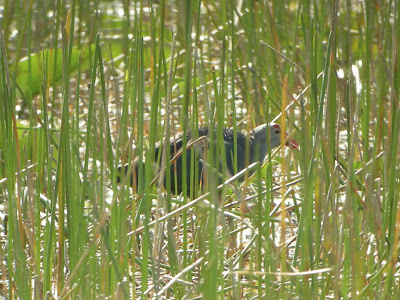