Once again, it looks like I've fallen behind in updating this blog.  If you're still with me, I left off back on March 26, when I failed to hear/see the THICK-BILLED VIREO that had been seen at Bill Baggs Cape Florida State Park in Miami.

I returned first thing the next morning (yes, I was waiting in front of the gate when it opened!).  Another couple of birders and I slowed as we approached that section of road and sure enough, the vireo was singing loudly!  Now came the tricky part, seeing it.  However, luck was with us and it popped out in plain view.  What luck.  I snapped a few photos: 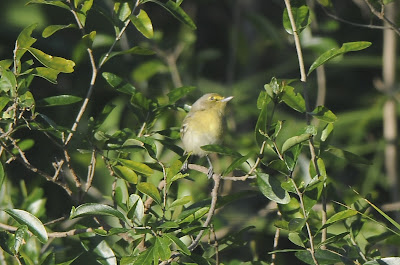 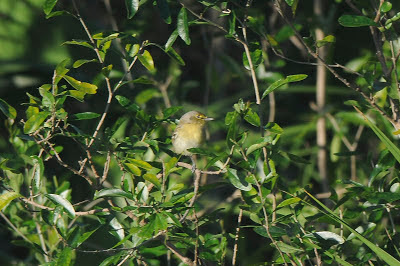 I was pretty pleased that I not only got to hear it, but also see it AND get photos of it for my ABA photo list.  After the excitement waned, I decided it was time for me to head to the Everglades to see if I could find a long-standing nemesis bird, the SHINY COWBIRD.

Once in the Everglades National Park, I made a beeline for Flamingo where the cowbirds will often forage on the grass.  After a few minutes, I finally located the flock near one of the visitor centers.  What was with them?  Well, not one but two SHINY COWBIRDS.  Here's a photo showing both males in the same view, can you pick out which ones they are? 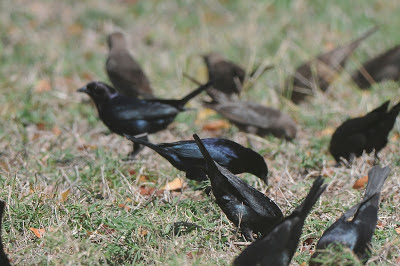 It didn't take long to realize that they were all quite tame as well!  I moved in for better shots: 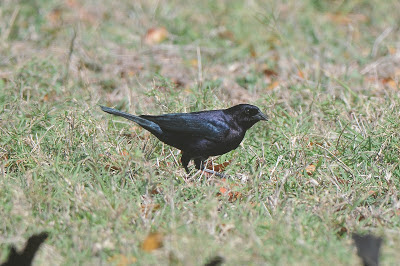 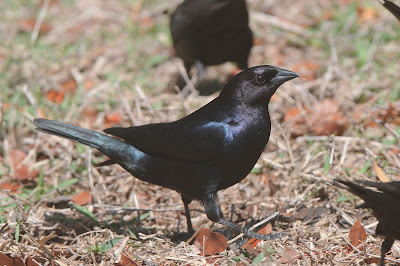 I was focusing more on birds but this WHITE PEACOCK grabbed my attention for a couple of seconds: 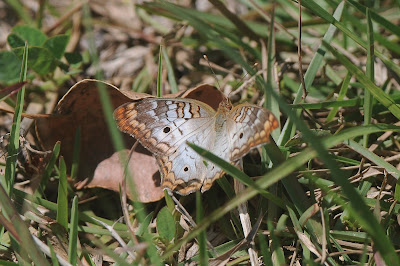 Overhead in the Everglades is a great place to look for and see SWALLOW-TAILED KITES: 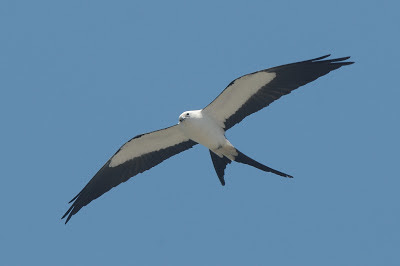 Here is a HALLOWEEN PENNANT, one of the most abundant dragonflies during my visit: 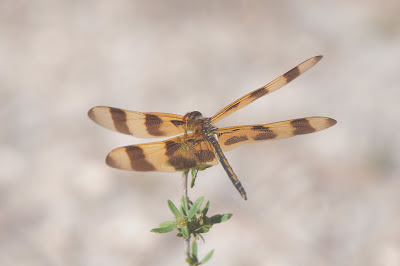 While I was camping in the Everglades, I read in my butterfly book that there are some species that have very limited distributions, sometimes only in the Everglades and the keys.  I looked at one in the book and it said they preferred rocky/grassy areas near pines.  I looked up from my book at the campground... rocks and grass under pines.  I took a walk.

A short distance down the trail, success!  This is the rare and limited BARTRAM'S SCRUB-HAIRSTREAK: 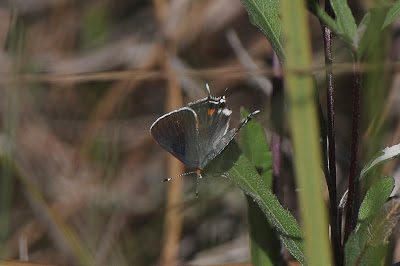 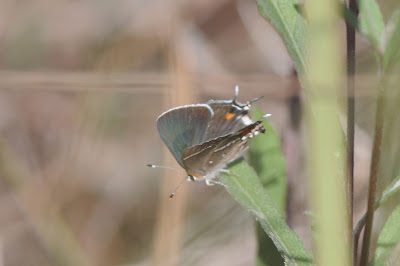 The next day though I had another bird target in mind.  It was time to drive to Key West....