Here is a quick post from the last couple of days.
These AMERICAN WHITE PELICANS represented a new "yard bird" for my apartment here in Elk Grove.  I had expected this species to fly over some day, I just wasn't sure when.  That finally happened this week: 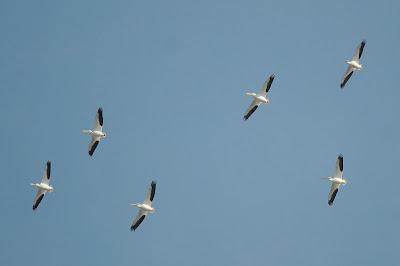 Last weekend I drove to Oakland to look for a NELSON'S SPARROW that was reported there.  Well, I dipped on that (not too surprising given their secretive nature and my inability to stomp around the marsh).  The trip wasn't a total loss though, we saw a CLAPPER RAIL skirting the edge of the marsh.  The photos are what I call "pretty bad": 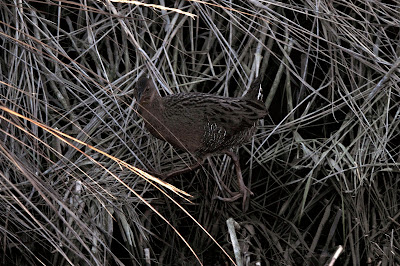 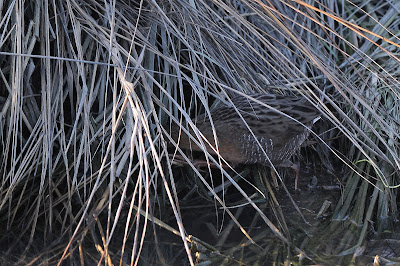 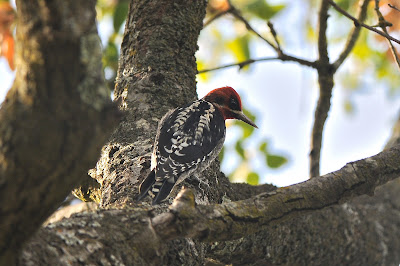 Here is a map of where the cemetery is:
View Capay Cemetery in a larger map
I was at Staten Island for work earlier this week.  I took a couple of photos which I think show the subtle differences between ROSS'S and SNOW GEESE.  Although size is very difficult to gauge (the two birds could be at different heights), I think we can learn from the proportions of the birds.  Take a look, anything jump out to you? 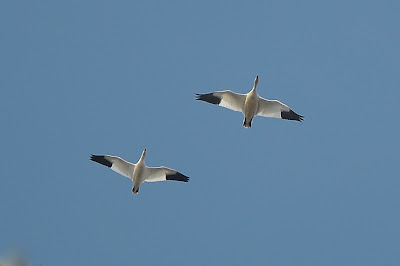 For me, I think the neck always looks "pinched" behind the head on SNOW GEESE.  Using the above picture, I think the top right bird is a SNOW and the bottom left bird is a ROSS'S.  Here is another look, this time with four geese: 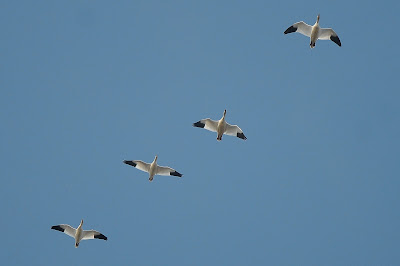 There were a couple of brambles along the edge of Staten Island that produced a couple neat things, first and foremost a WRENTIT: 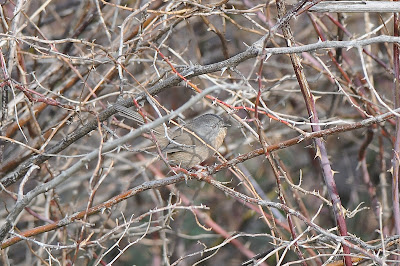 I haven't birded the Central Valley extensively, in fact, I'm still very-much a beginner here.  However, before that WRENTIT, I had only seen them at Cosumnes River Preserve in Sacramento County.

This ORANGE-CROWNED WARBLER also popped out of a tangle.  I would say I see OCWAs on fewer than 50% of my trips to Staten Island: 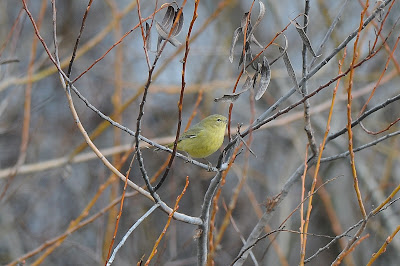 On the other side of the spectrum, I see YELLOW-RUMPED WARBLERS on every visit: 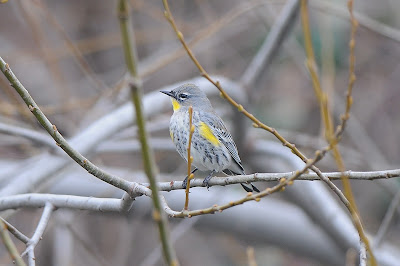 As I was leaving the island, there was a close feeding flock of DUNLIN that I stopped and scanned through.  No CURLEW SANDPIPER this time.... 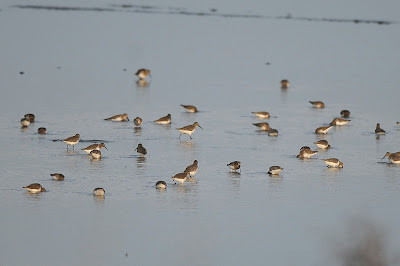