Every spring I've been here at Crescent Lake NWR, some oddball or rarity shows up. The first year it was a Grace's Warbler, last year it was a Yellow-throated Warbler and Summer Tanager, and this year... well, I think it's probably the HERMIT WARBLER I stumbled on today: 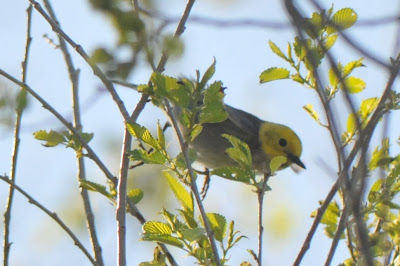 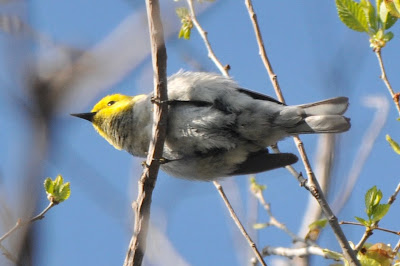 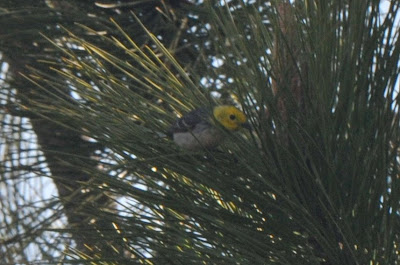 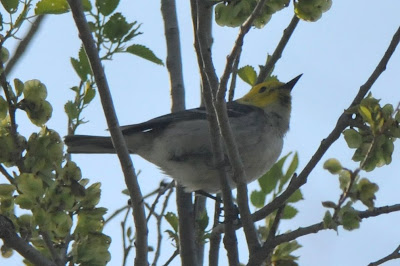 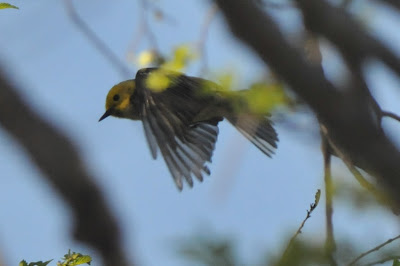 The fun didn't stop there though. One of the next birds I came across was a SUMMER TANAGER: 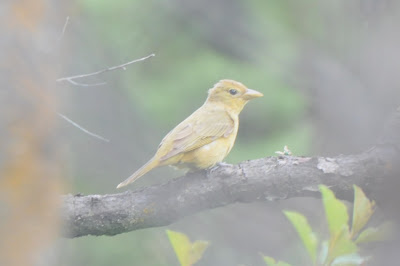 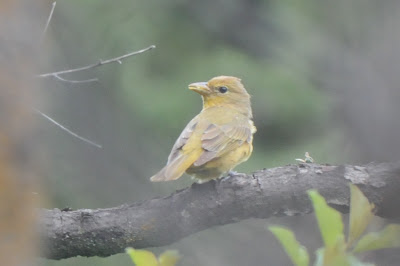 Many other odds and ends showed up as well. Some neat things included:
Western Tanager (5+)
Indigo Bunting
Baltimore Oriole
Blue Grosbeak
Bell's Vireo
Plumbeous Vireo
The highlight from yesterday though was a calling LEAST BITTERN on the edge of Island Lake here on refuge. As far as I know, there are only 3-5 records for the county.
Posted by Cory J. Gregory at 5/21/2010 02:15:00 PM