Oomph, already two months behind on my blog.  HOW DOES THAT HAPPEN?

Actually, I know how it happens... I'm coming off a very busy summer schedule.  But hey, I'm now here in Missouri and so I figured I could at least post some photos from a Maine tour I colead earlier this summer.

I actually arrived in Maine early and, on a day of scouting, happened to swing by this LITTLE EGRET that had been found earlier.  It was at a laughable distance though... 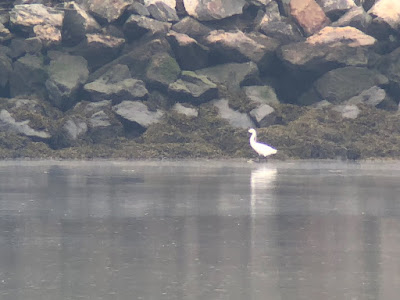 Little Egret doesn't belong in the New World.  I had been lucky to see one of these years ago in Newfoundland but was of course happy to see another.  I suppose this was the first time I had seen one in the US.

Anyway, this Maine tour eventually got started and we birded around Portland before heading up to Bar Harbor and Acadia National Park.  We spent some time in coastal saltmarshes where we enjoyed "salty" sparrows like NELSON'S SPARROW and this SALTMARSH SPARROW: 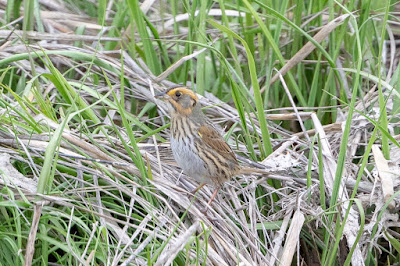 There were still some shorebirds in Maine at that point and some of the flocks, like this one, had goodies mixed in with the SEMIPALMATED SANDPIPERS.  This flock had DUNLIN and WHITE-RUMPED SANDPIPER as well: 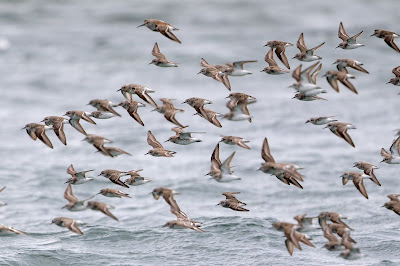 Flycatchers were back, obvious, and vocal.  Here's an EASTERN KINGBIRD that watched us as we ate a picnic lunch: 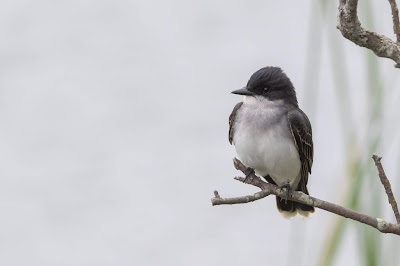 Farther up the coast, we spent several days around Acadia National Park.  The trails through the bogs and alder forests were gorgeous: 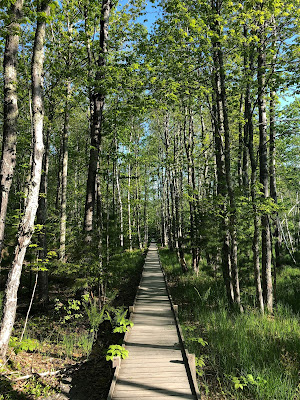 Along one of the forested trails in the park, we found a family of BARRED OWLS.  Here's an adult.. although with a little stick in front of its face: 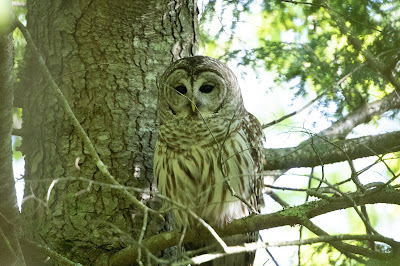 The rocky shoreline there was still hosting a few late PURPLE SANDPIPERS which was a key target for us: 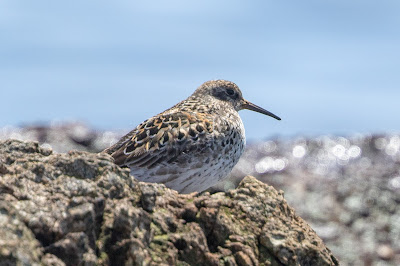 And hey, the view from our hotel in Bar Harbor was tough to beat! 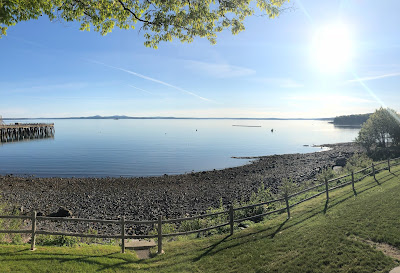 Our tour continued to the north and west into more boreal regions.  Along the way, we had a nice encounter with some CEDAR WAXWINGS: 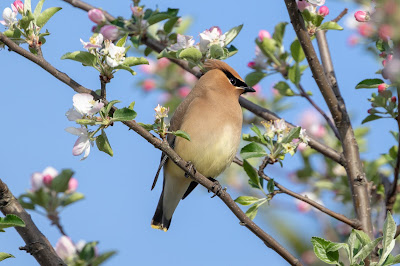 We also had nice looks at YELLOW-BELLIED SAPSUCKERS as well: 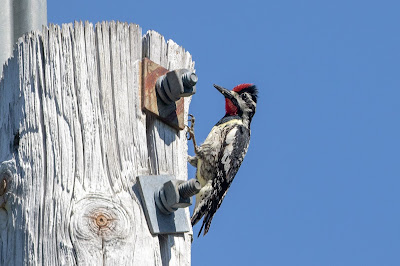 The stars of the shows, at least for me, were the breeding warblers.  We had a great diversity including looks of some that were hard to beat.  Here's a BLACK-THROATED BLUE WARBLER that gave us a killer view: 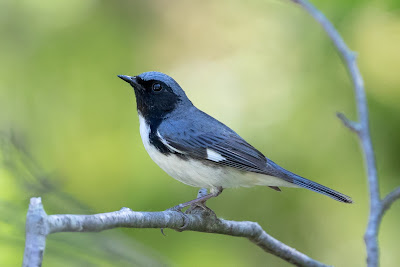 This Maine tour also wanders into New Hampshire a bit where we drive most of the way up Mt. Washington.  Why, you ask?  Well, to see the hard-to-find BICKNELL'S THRUSH, of course.  Here's our group on the mountain as dusk approaches: 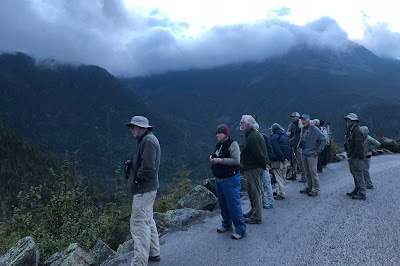 Our final day in Maine took us to some other bogs farther south.  This RED-EYED VIREO popped out at one of them giving us all an eyeful.  You can see why it's named what it is! 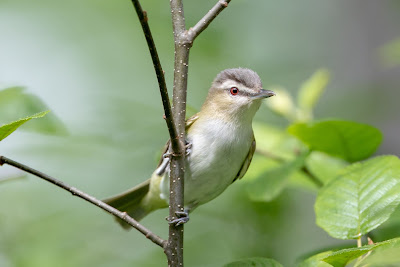 Meanwhile, the dragonflies were going crazy.  Hundreds of them lined the trails.  Most of them were CHALK-FRONTED CORPORALS, a type of skimmer: 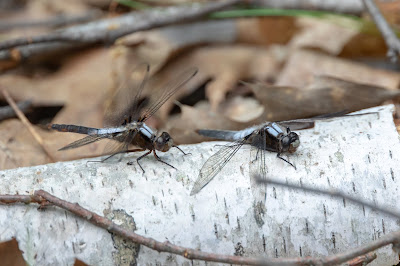 Anyway, it was a fun trip with a very nice mix of eastern species.  We ended with 150-200 species!  But immediately after tour, I had to focus on my next trip (I had two days at home and then it was off to Alaska).