Although I've not done any guiding in the past month, I've still been semi-aimlessly wandering around and looking at things.  When I got back from France, for example, there were still some shorebirds to sift through here in northeast Missouri.  Between here and St. Louis, we stopped at the Winfield Lock & Dam 25 area and found these two STILT SANDPIPERS: 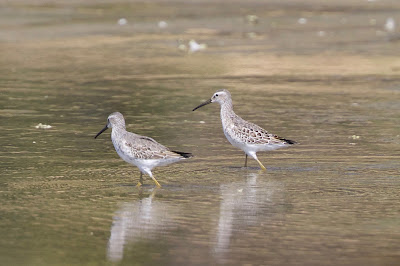 The pictures are pretty crummy but we also stumbled on this WESTERN SANDPIPER which is an uncommon bird: 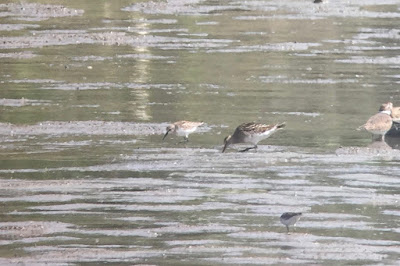 Less rare (but always nice to see) was this BAIRD'S SANDPIPER: 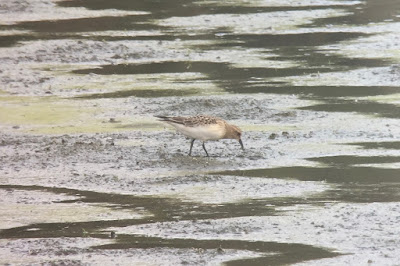 In terms of herons, we're still seeing some GREAT EGRETS around although their numbers seem to be diminishing.  There was this SNOWY EGRET at Winfield though: 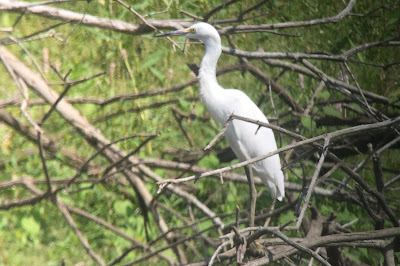 Back in the yard, we've seen the predictable transition of some breeding species vanishing (they've migrated south) and wintering species moving in.  A month ago, FIELD SPARROWS were still commonplace: 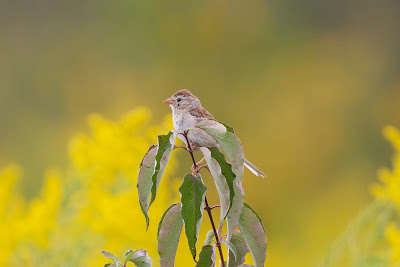 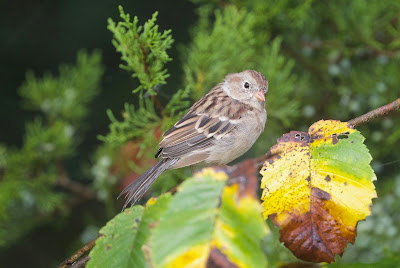 We went through a phase when CHIPPING SPARROWS were pretty common too although I don't see many of them anymore.  Here's one from Mark Twain Lake that I photographed out the car window: 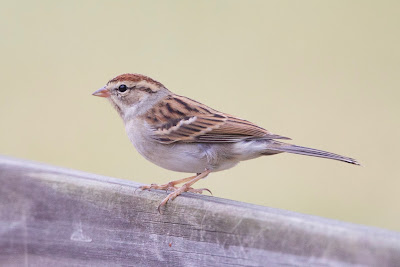 Although, sadly, we haven't had much luck with LeConte's and Nelson's sparrows, we're still seeing a lot of common species like SWAMP SPARROWS when we're out looking.  Here's one that perched up to check us out: 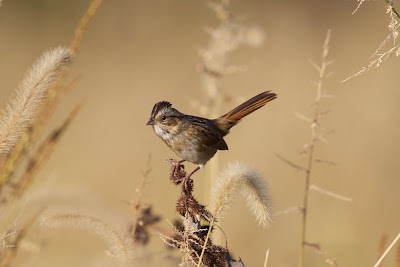 During some of our stomping grassy areas for sparrows, I caught glimpse of some movement on a stem while out in the grassland.  It was a DOWNY WOODPECKER.  Nope, trees are not required for this tiny and abundant species: 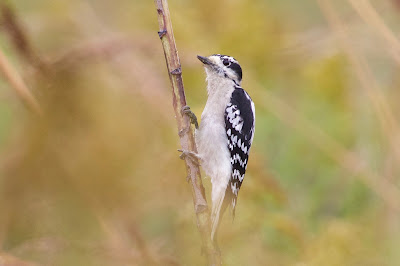 In truth, I feel like I really missed the fall warbler migration here in the Midwest this year.  I'm not sure how many warbler species I've tallied but it's probably a record low for me.  Here's a NASHVILLE WARBLER in the yard right after it found a caterpillar to munch on: 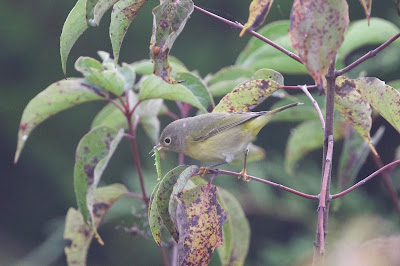 Also in the yard, some squeaking got this OVENBIRD interested and it popped up to look around.  I was waiting: 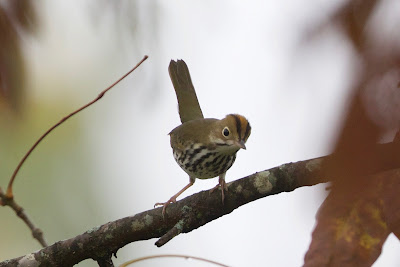 Although the name of the bird is indeed "Ovenbird", it's actually a New World warbler and not closely related to the Ovenbird family from the tropics.

One fun thing about fall migration... you never know what might fly over!  When birding the yard back on the 17th of September, we spied this MERLIN waaaaay up overhead: 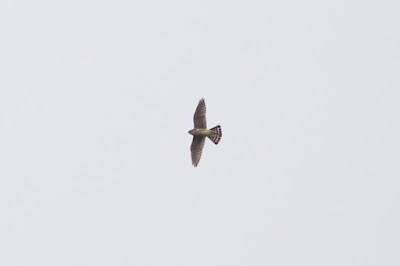 Turns out, this was a new yard bird for us (our yard list is approaching 150).  In truth, we don't see a lot of Merlins around here; this was only the 3rd Ralls County record in eBird.

Rather recently, the geese have been moving in from the north.  Specifically, I've noticed more flocks of GREATER WHITE-FRONTED GEESE overhead including this flock of 50+ from the other day at Ted Shanks WA: 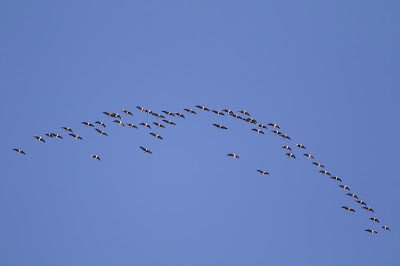 The weather has been mild though and I'm still seeing a lot of insects out and flying on the warmer days.  As for dragonflies, here's a picture of my lifer AUTUMN MEADOWHAWK from western New York (oh yeah, I drove there and back): 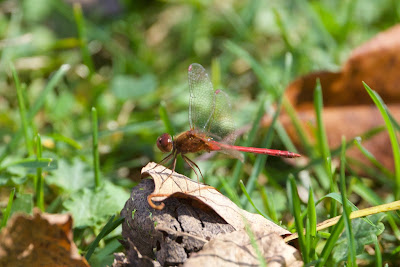