We were birding our way around Mark Twain Lake earlier in October when we decided to get out and walk a little bit on the Clarence Canon Dam.  I'm not sure why we thought we would... but we did.

It only took a few seconds before Ashley looked down and found this about 60 feet below us: 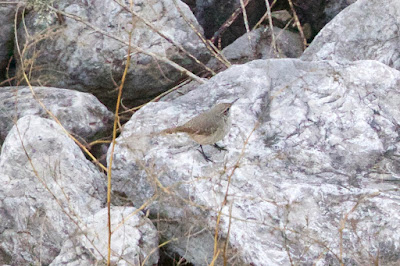 We knew right away what this little buffy and barred thing was, it was a ROCK WREN!

We also knew right away that it was rare.  How rare?  Well, we weren't exactly sure, we were busy getting our cameras on it.  Here's another view: 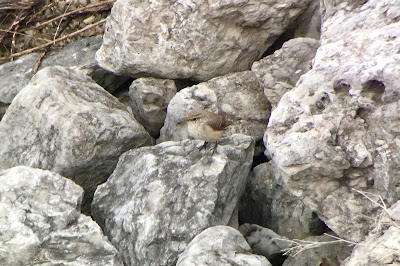 Here's our checklist.  Once we had some time to research it a bit, it would appear that this is the 14th state record for Missouri.  So not REALLY rare... but pretty rare.  :-)  This species breeds out west in rocky habitats (big surprise there) and the nearest breeders are probably about 400 miles to the west in central Kansas.

A few birders drove up to see the wren and some got it, some missed it.  We stopped by several times as well on subsequent days but always failed to see it.  For a while, we thought it had moved on.  Then two weeks later... look who was back: 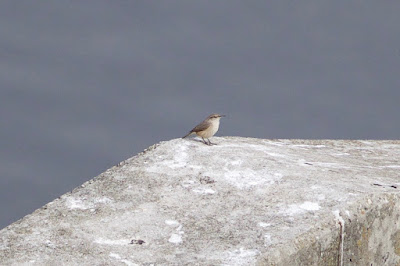 Still there!  Cool.  We can see on eBird that it's been seen as recently as 29 October which is 25 days after it was found.

It makes me wonder... how long had that bird been there before we stumbled on it?  I mean, it was our first time EVER walking out onto the dam like that.