I figure I may as well throw another post together, this one covering some of the miscellaneous things we saw while visiting the Tandayapa Bird Lodge in Ecuador.  And by miscellaneous, I mean things that AREN'T birds.  Yes yes, I'll slip slightly into the world of insects, mammals, and scenery.

Straightaway, we noticed a LOT of butterflies.  Some families were familiar to us, like this satyr... 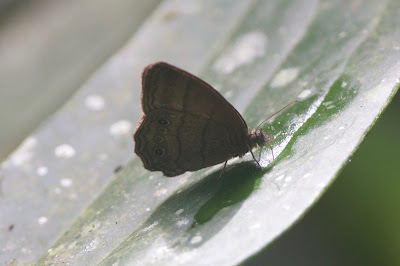 Although it's probably a different species from the ones we see here in North America, it didn't exactly blow my mind.  Oh, and no, I don't actually know the species names of these things.... I'm lacking in any book for identifying Ecuadorian bugs!

This guy was pretty vibrant... but I'm still not sure of the family.  Maybe a metalmark or something similar? 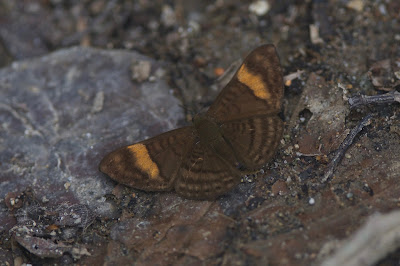 I didn't see many skippers but the one I did see was ENORMOUS.  I don't know the species but it rivaled the giant-skippers we have here in the US... at least in size: 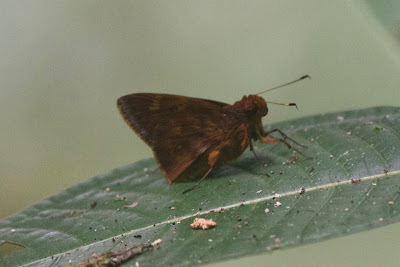 This butterfly was also pretty distinctive.  Maybe it's related to the blues or hairstreaks?  These would swarm the moist mud in the road just below the lodge: 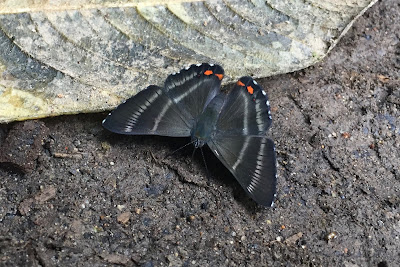 In terms of butterflies, nothing there (that I saw) rivaled the number or sheer coolness of the clearwings.  Yes, these butterflies have wings you can see through! 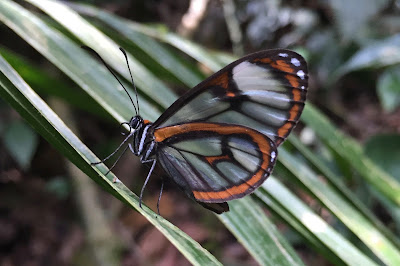 I'm not sure if they're seasonal or what but when we were there, there were hundreds or maybe thousands of these just about everywhere.  Anyone know the species? 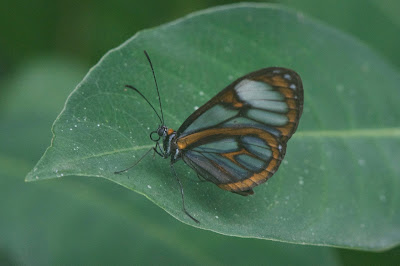 On one of the hikes, I saw a couple of damselflies (again, I'm nowhere close to being able to identify these): 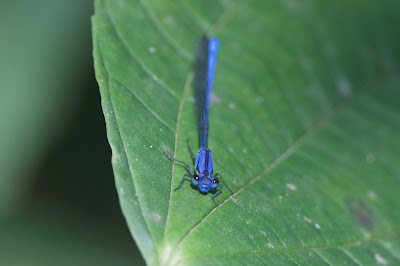 This particular one looks like some kind of rubyspot (at least that's what we call them up here): 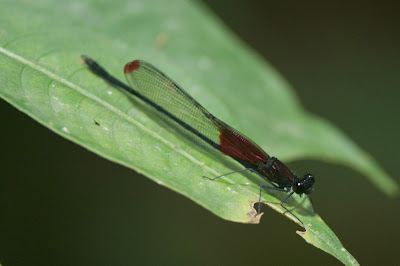 Some insects were straight-up pretty large (and identifying them is beyond me): 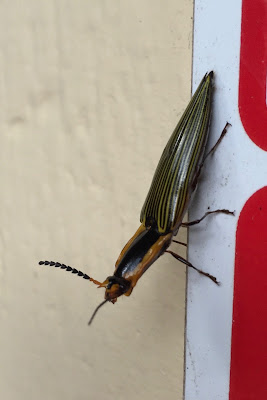 Not all of the creatures we saw were winged though.  Ashley and I stumbled on this moving lump of leaves... just to realize it wasn't a lump of leaves! 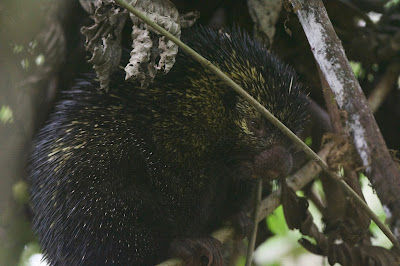 It is, of course, some kind of porcupine! Although I'm not sure if it's an Andean Porcupine (Coendou quichua), a Bicolored Spine Porcupine (Coendou bicolor), or some other species... either way, it was a big deal; all the lodge staff said that this was the first porcupine ever seen on the Tandayapa Lodge grounds. Cool stuff.

I really enjoyed the scenery even though it was dominated by a blanket of green. It started right there from the back patio where you could see through the trees into an expansive valley surrounded by tall, tree-covered mountains: 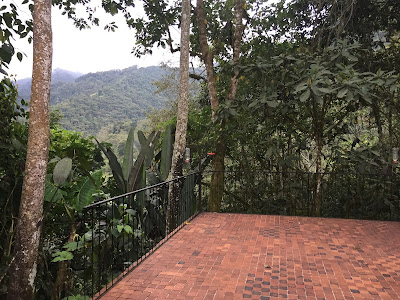 The lodge sits at about 5700 feet which is higher than the "mile-high" city of Denver.  Even still, the incredibly steep mountains rose above the lodge with an enormous presence.  Often they would "end" where the clouds began: 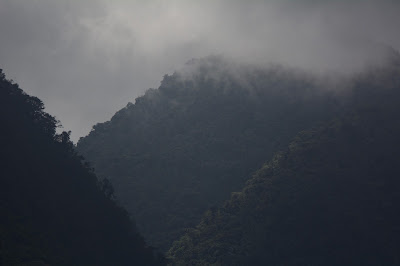 Sometimes I would just point my camera at a tree on a distant ridge... this one is about to be engulfed by the clouds behind it: 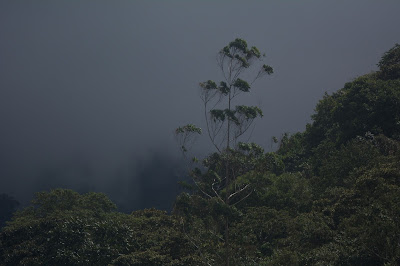 A walk down to the Lower Deck gave another vantage point: 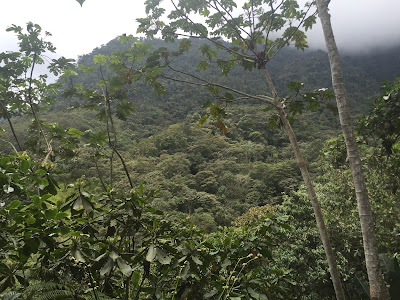 Although I never saw much from this location during our short stay, I'm sure a feeding flock would liven it up immensely: 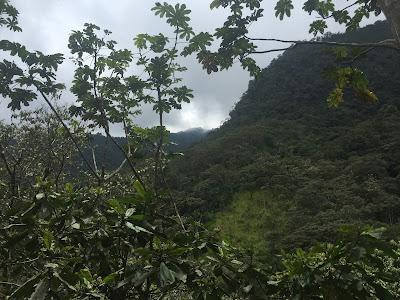 I found it interesting that Quito, the capital city of Ecuador, sits at 9350 feet in elevation which makes it the highest official capital city in the world.  So confusing as it was, traveling from the city to the lodge was actually all downhill!  After we made the return trip to the airport (all uphill), I snapped a quick picture from the airport entrance.  It was a scenic farewell evening despite the nauseating exhaust pollution: 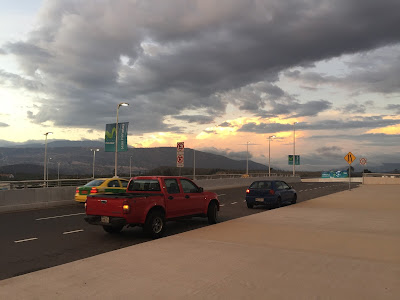