We spy the Kenai

Our time in Missouri went quite quickly, now that we look back on it.  eBird is telling me that I snagged 50+ state birds on this recent visit, which is a decent haul when one passes the 100 mark and starts to approach 200 for the state.  Also, Ashley and I are now the all-time Ralls County leaders.  Ha!  It doesn't take much in some of these seldom-ebirded counties!

But before long, we left the warmth and migrants and flew northward to Alaska.  However, before we were to fly out to the Pribilofs, we spent a couple of days touring some of nearby-Alaska.  We didn’t have much time to be thorough but we did want to see Homer (mainly some ALEUTIAN TERNS) and so we rented a car and went birding.

It didn’t take long before we remembered that BOREAL CHICKADEES are abundant up here.  Stop just about anywhere with spruces and you’re likely to pull a couple in: 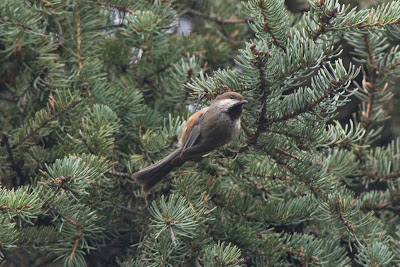 We scoped around at Anchor Point for a while; it was nice to see some shorebirds and northern waterbirds again.   The BALD EAGLES there (and throughout the Kenai) are kinda nuts; almost too tame for comfort.  Here’s a youngster: 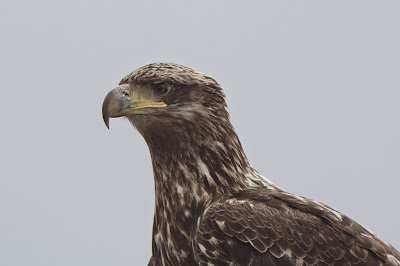 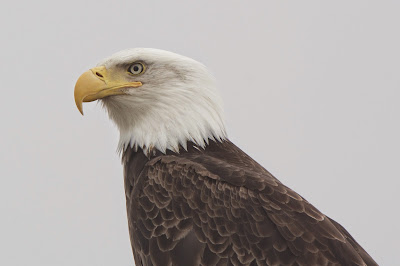 We ended that hour stop at Anchor Point with 40 species.  The highlight were 25+ SOOTY SHEARWATERS which were flagged for being a touch early.  Here's our checklist.

The way to see ALEUTIAN TERNS in Homer is to be midway down the spit early in the morning.  The birds will be feeding on the SW side of the spit (the ocean side) and eventually cross the spit to fly farther up the bay.  We were primed and ready.  We didn’t have to wait long either; shortly after we arrived we spotted multiple terns feeding offshore.  We ended up with 11 ALEUTIAN TERNS (including 9 seen at once), a healthy number in looking back at previous totals.  Here's a dark photo of one: 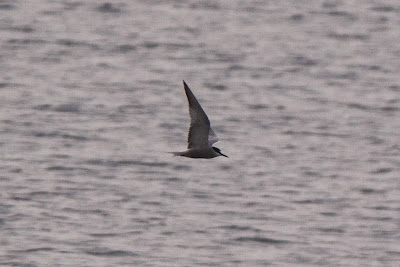 It's either really embarrassing or just kind of funny that until this recent trip, I still needed RED-BREASTED NUTHATCH for my state list.  Well, I fixed that: 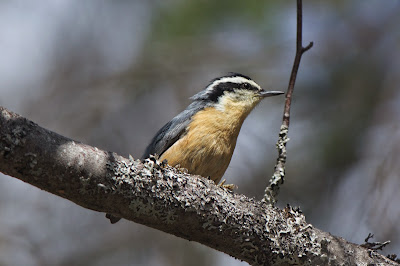 Another new state bird was another common species.  We saw WHITE-WINGED CROSSBILLS several places including this really interesting interaction.  It's a young bird begging and being fed by an adult female.  First the begging: 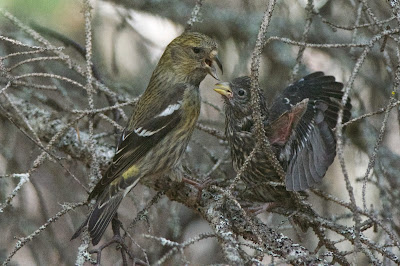 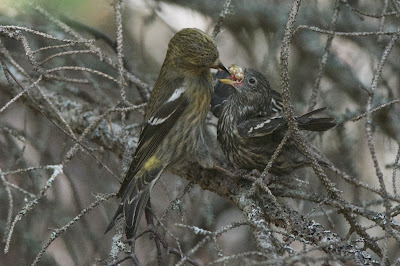 What I find so interesting about this is that because crossbills specialize in feeding from cones, the food it regurgitated looks to be pure pine nuts, a delicacy (and great on pesto).  That's a pretty expensive meal for this youngster!

The MILBERT’S TORTOISESHELLS were super abundant around Anchorage.   I recall one bush that had a dozen perched and another dozen swirling around it.  As far as butterflies go, I sure don’t mind tortoiseshells: 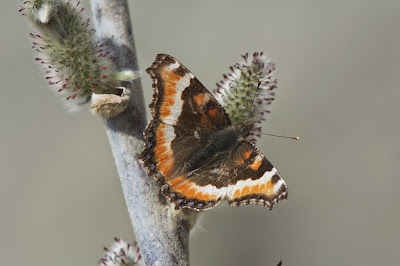 We saw a few ARCTIC WHITES down the Kenai, a species I had only seen once before.  Here’s one that stayed put for a few seconds: 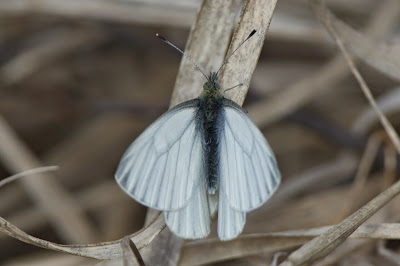 It’s hard to miss the mammals up here.  Mainly, when you see a MOOSE on the side of the road, it’s hard not to notice.  Umm… they’re big: 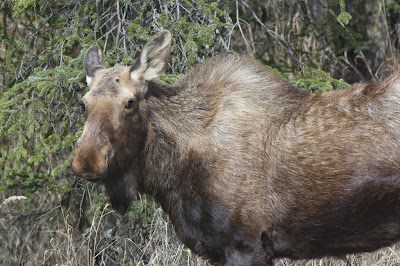 However, the most obvious thing you can't miss is the scenery: 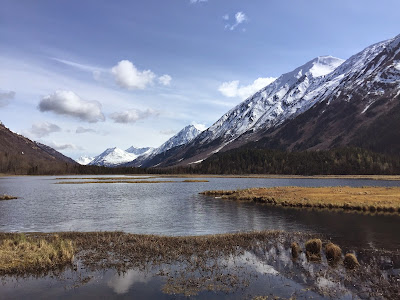