The busy streak we're in is keeping me away from spending much time updating my blog.  So yes, I apologize to all 2 readers of this overly popular and earth-shattering blog.

Seriously though, I hope to have more time to share more pictures and to go into more depth soon but for now, here's just a few pictures of some of the more interesting birds we've had lately.

WOOD SANDPIPERS, an Asian vagrant, continued to be common for many days (although they're getting harder again now).  There must have been a dozen or so around the island which I'd never consider a problem.  Here's one in a puddle in the quarry (not where anyone would expect a WOSA!): 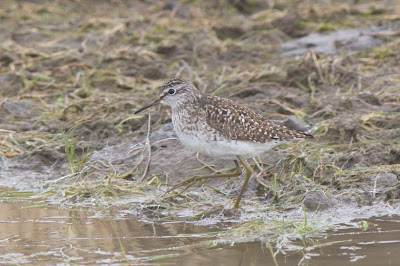 Not all that rare (but still a new island bird for me) was this SABINE'S GULL that hung around in the Salt Lagoon for a bit: 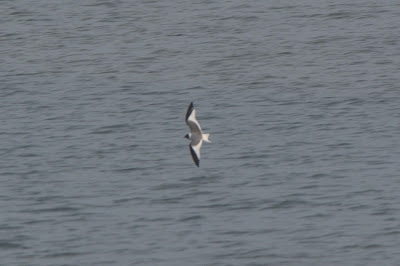 YELLOW-BILLED LOONS aren't rare either but they're cool enough that I'm including a picture of one here.  Lighting was poor but having it in the harbor means I care not: 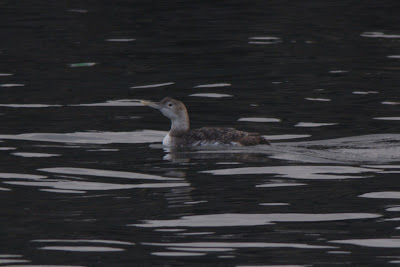 I'm happy to say that I've managed to snag 2 ABA lifers so far this season on St. Paul Island.  The first one was such a fun experience, I won't be forgetting it anytime soon.  Even though it's "only" a Code 3 bird, I was extremely stoked to find this COMMON GREENSHANK in Cup Pond one day with Susan: 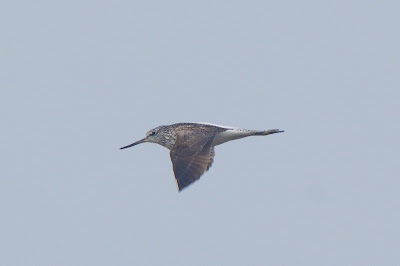 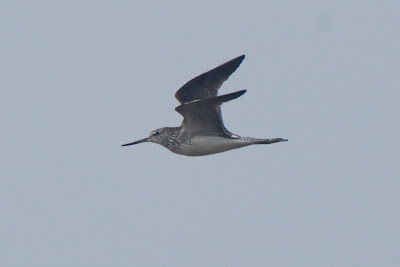 Another shorebird story.... I looked up one day and saw a tiny speck WAY up... I put my bins up to find it was a godwit but all I could see was the long and distinctive bill.  I raised my camera with suspicions; perhaps I could take a picture, zoom in, and confirm a flyby Black-tailed Godwit?  I did all those things except the last; it was the more-expected BAR-TAILED GODWIT instead: 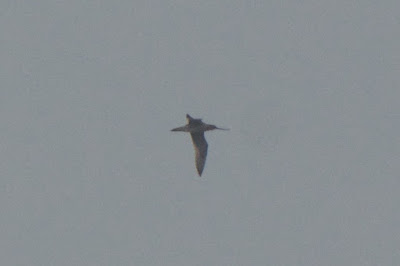 Finding a nemesis lifer on your own feels better than missing a nemesis lifer on your own.  Pretty deep, right?  I was working the backside of Hutch on a really windy day when I flushed a big thrush but it remained elusive and we never saw it on the ground.  However, in flight it was obvious that this was an EYEBROWED THRUSH.  Later in the day, Ash and I caught up to it and managed to see it on the ground as well: 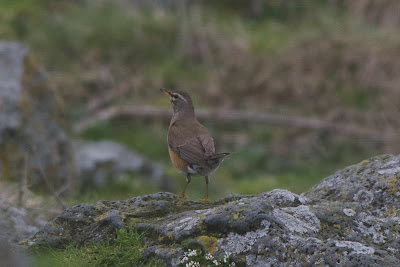 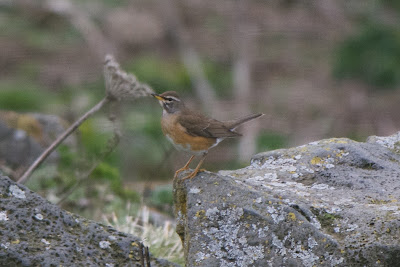 The following day (I think), I was again working the backside of Hutch when I had 3 suspicious-looking birds zoom past me.  I saw enough to warrant a closer inspection and sure enough, we were looking at 3 BRAMBLING.  Although not even flagged, I'm still in the phase where finding your own Brambling tickles your innards.  Here's one: 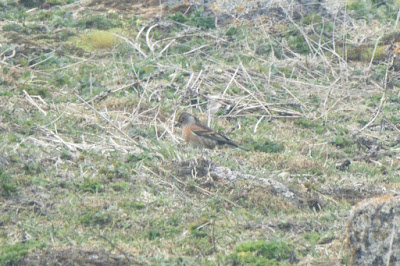 Nope, TUFTED DUCKS aren't super rare here but I've enjoyed seeing several this spring.  Here's a shot for all you that enjoy watching tufts being blown around in the wind: 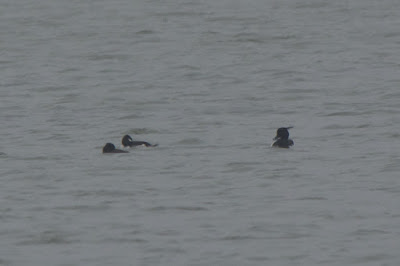 Then this ugly beastie showed up one day.  We thought it was a TAIGA BEAN-GOOSE because of the crazy-long bill and pattern of yellow.  However, some eyes keener than mine brought to light that this wasn't sitting quite right for TABG.  We emailed pictures to many knowledgable folks and after looking into stuff more, we think this is either a TUNDRA BEAN-GOOSE or maybe a hybrid that shouldn't be labeled.  Personally, I set my tent up in the latter camp.  Here it is in all its confusingness: 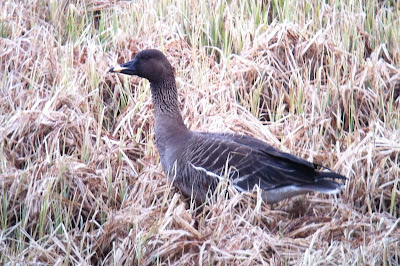 One of the more random sightings of my 20+ years of birding came one slow day when some clients and I were looking around at Southwest Point.  I saw a small gull swinging in towards the beach (which kittiwakes don't really do there) and when it banked, I thought "Holy crap, a Bonaparte's!" but after raising my bins... yeeeeaah, a ROSS'S GULL had landed: 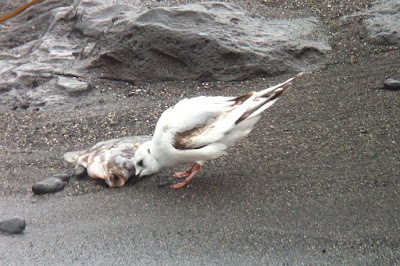 It continued to peck at the dead fish for a couple of minutes: 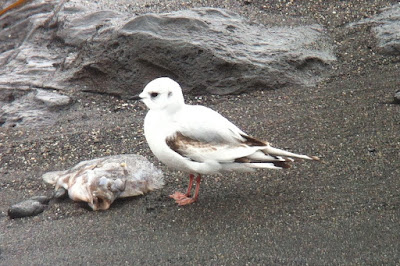 But then it took off, headed north, and was never seen again.

The latest rare was this SURFBIRD that Alison and her group found at NE Point.  I believe this is the 4th Pribilof record: 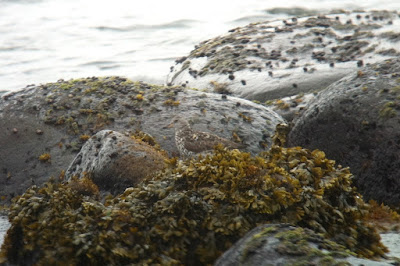 Apparently 55-60 mph winds out the east will indeed bring American rares.  Let's hope the next couple of days are calmer, drier, and loaded with goodies from the trolly.
Posted by Cory J. Gregory at 5/29/2015 02:07:00 AM