Yep, it was time to keep moving.  I made the drive from western New York state out to southwest Michigan in a short day.  I arrived in Berrien County just in time to get slammed with some nice thunderstorms; a huge highlight for me.  And no, I'm not being sarcastic, I truly relish monster thunderstorms.

Anyway, I didn't have much to target in SW Michigan other than year birds like Willow Flycatcher, Henslow's Sparrow, and Cerulean Warbler.  They all turned out to be easy.

I figured that seeing the endangered butterfly (Mitchell's Satyr) would also be easy.  THAT... was not.  In its place, here is a LITTLE WOOD-SATYR: 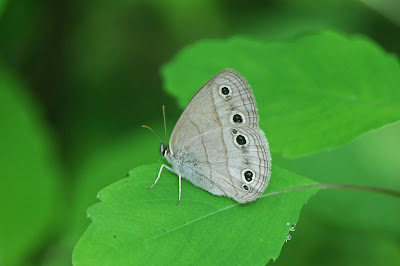 The only place I've ever seen APPALACHIAN BROWNS has been at this spot (Sarett Nature Center).  This visit was no exception: 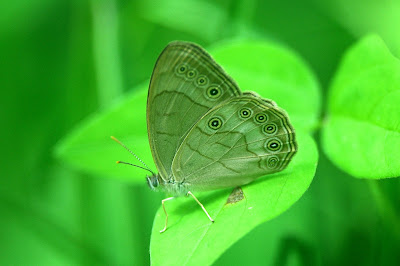 However, a lifer butterfly was lurking nearby.  I was actually eager to see my first BALTIMORE CHECKERSPOT.  It didn't disappoint: 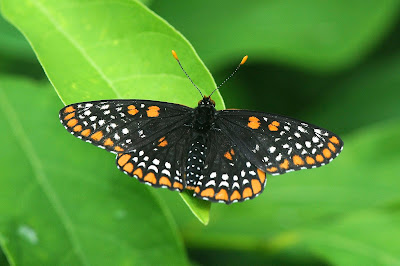 I didn't stay in Michigan long though, less than a day in total actually.  From here though I had a pretty open swath of country to cover.  Which way should I get back to California??  Well, there was a lifer waiting for me in southern Texas though.  Ok, I guess I'll drive to Brownsville!

En route, I got to bird in a couple of states that I had no lists for.  One of them was Arkansas.  I purposefully wanted to camp somewhere in AR just so that I could start a decent state list.  Yeah, I'm lame like that.  Nearby my campsite was this lightpole with a hole in it.  See the body of a bird sticking out?  Any guesses on what it is? 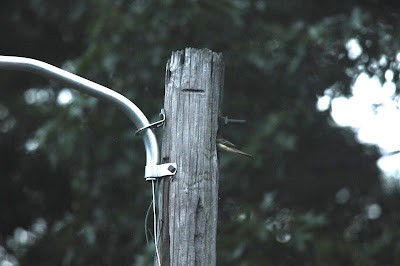 The nest hole belonged to a pair of GREAT CRESTED FLYCATCHERS.

The campsite was actually pretty cool (as far as backwoods Arkansas goes!).  For one thing, I woke up to CERULEAN WARBLERS singing outside my tent!  Not only that, but there was a family of curious LOUISIANA WATERTHRUSHES nearby that would hop up into my campsite.  Here's one on the fireplace grill: 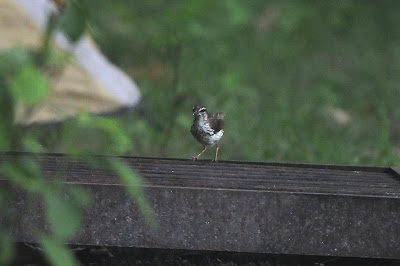