After Ash hopped on a plane in Florida, I was on my own again, this time to drive north to New York.  But first, I had some unsettled business awaiting me in northern Georgia.

See, I had worked in southern Georgia for a month and a half but my state list still hadn't hit the 200 mark.  This would not do.  The only logical way to take care of this was to stop in northern Georgia to do some birding as I drove north.  That brings me to this post.

I first stopped at Piedmont NWR to try for Red-cockaded Woodpeckers.  Piedmont is roughly about here:

It was a hot and muggy afternoon with thunderstorms threatening but I had no choice but to try anyway.  It didn't take long to find woodpeckers, especially ones like this RED-HEADED WOODPECKER: 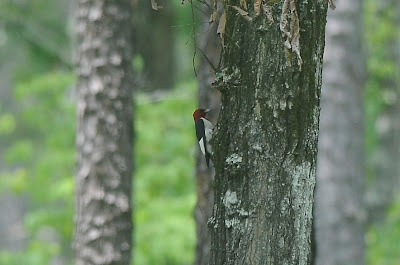 I did snag a lifer or two at Piedmont... but they weren't birds.  This was the first time I had found a BANDED PENNANT: 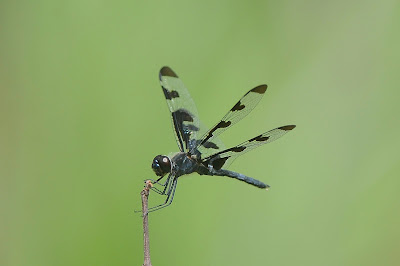 Here's another lifer, a BLACK-SHOULDERED SPINYLEG 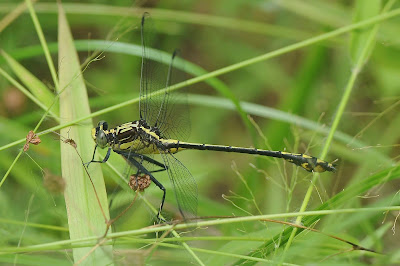 Ok, yes, I eventually DID hear a couple of RED-COCKADED WOODPECKERS.  Success, a new state bird!  In fact, the rest of the refuge provided other state birds like KENTUCKY WARBLER and WOOD THRUSH.  I was aiming to get farther north though so on I went.

I eventually got to where I was going to camp for the night along the Chattahoochee River.  I knew I was going to like it when I saw this on the approach drive: 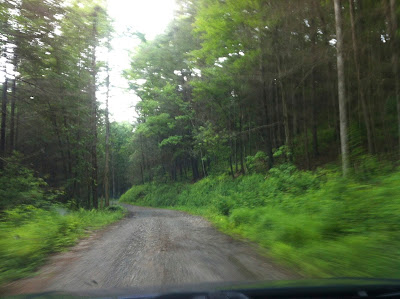 You have to remember that coastal Georgia looks nothing like this (hence me being excited enough to take a picture of the mountain road).  In fact, looking at it from satellite view you can see how remote the campground was (just the way I like it): 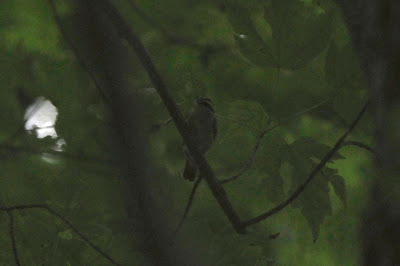 Another creature that came out as dusk approached was this BLACK BEAR along the road!  Neat stuff. 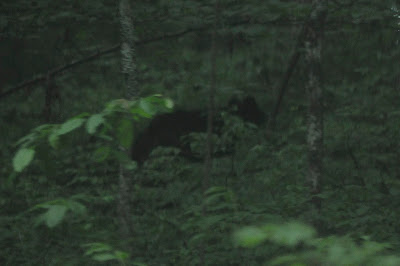 I ended up getting a slew of state birds such as:

Eastern Phoebe
Worm-eating Warbler
Black-throated Green Warbler
Scarlet Tanager
White-breasted Nuthatch
Rose-breasted Grosbeak
Veery (singing around me when I was changing a flat tire on my car!)
Chestnut-sided Warbler
Song Sparrow (you'd be surprised, you can't find this species in southern GA during the summer!)

As a last ditch effort to add state birds, I hopped off the interstate and went to a spot that eBird showed had breeding GRASSHOPPER SPARROWS and DICKCISSELS.  Indeed, I found both right where others have had them.  Here's a GRASSHOPPER SPARROW singing from a fencepost: 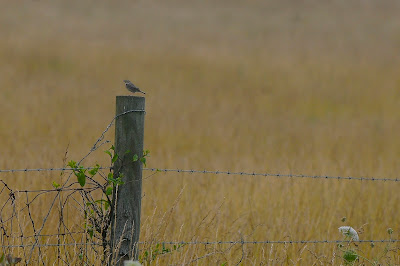 It was at this point that I had to continue driving north.  In the end, I got my Georgia list up to 211.

Because you're lucky, I can skip all the hours of brainless driving and transport you directly to New York State just by starting a new paragraph.  I was here to visit family and to chase another lifer.  But before I put effort into the lifer, I started seeing neat things just in the neighborhood I was in.  This RED-EYED VIREO must have been nesting in the yard: 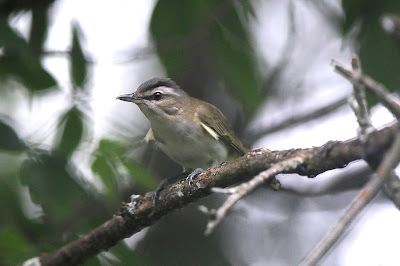 I was surprised to find a pair of BLUE-WINGED WARBLERS just across the street.  Must be nice living somewhere that has yard birds like this! 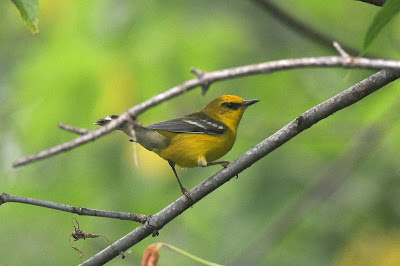 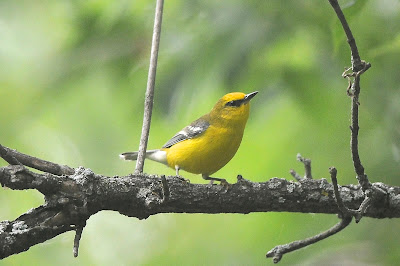 There were some butterflies around too like this lifer, a EUROPEAN SKIPPER: 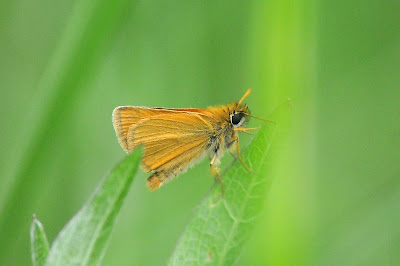 One of the very few breeding birds in the lower 48 that I still needed was the BICKNELL'S THRUSH.  It was because of this bird that I took a detour and drove up into the Catskills; I was going to make the hike up Slide Mountain to find this somewhat local breeder.

I started the hike around dawn and three miles up the mountain the habitat started to change from deciduous forests to this: 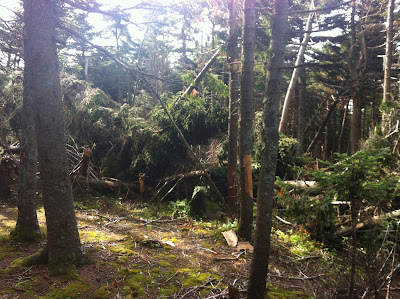 I was in the stunted spruce forests that the thrush calls home.  However, I wasn't seeing or hearing the right thrushes, only Swainson's and Hermit.  This "MYRTLE" YELLOW-RUMPED WARBLER put on a show too: 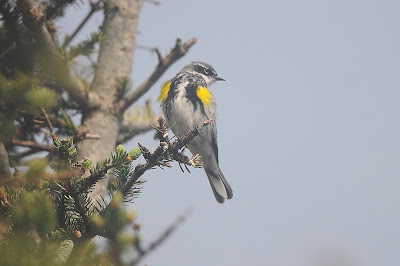 Fast forward an hour.  I FINALLY heard a singing thrush somewhere tucked in the forest.  I did some scrambling and finally saw this long-awaited lifer: 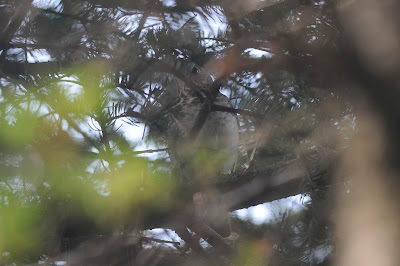 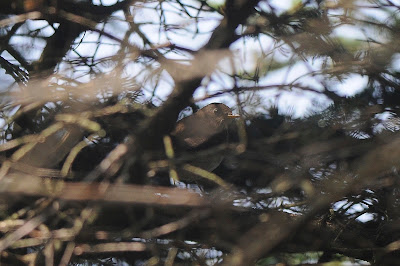 Before I made the hike down the mountain, I looked around and realized that the view from the tallest of the Catskills was actually quite nice! 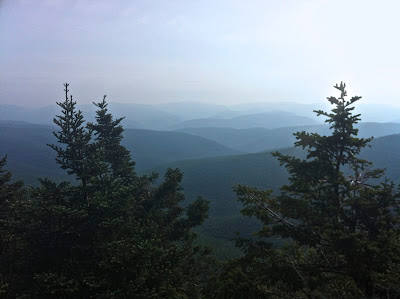