Close of Feb, start of March

Nesting of some species is well underway here in the Central Valley.  Here is our female ANNA'S HUMMINGBIRD on her nest just outside our apartment.  She's been incubating for a couple of weeks now: 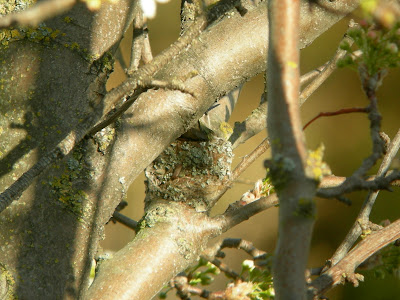 I added a couple of yard birds in the last week as well.  A flock of fly-by RING-NECKED DUCKS was number 75.  Number 74 was a DOWNY WOODPECKER.  It's odd for me living in a place where NUTTALL'S are more common than DOWNYS: 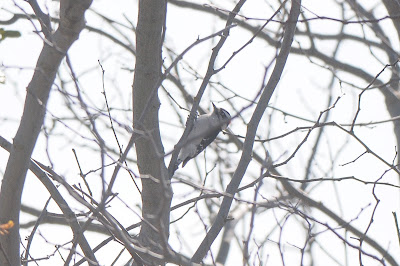 I was out at Staten Island doing one of the last surveys of the winter.  At one of my first points were a couple of GLAUCOUS-WINGED GULLS: 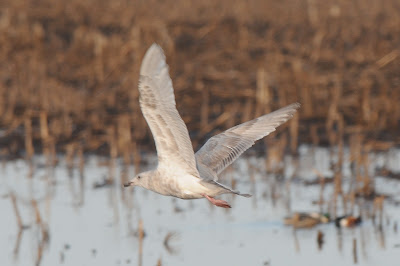 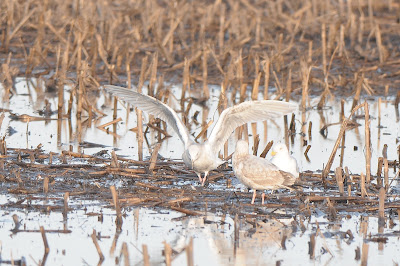 A different flooded field had this THAYER'S GULL, a species I hadn't seen on Staten Island before: 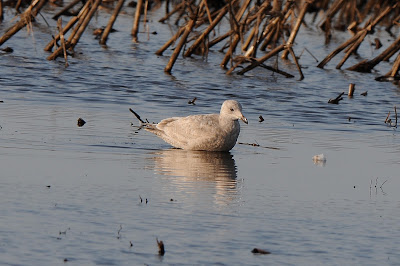 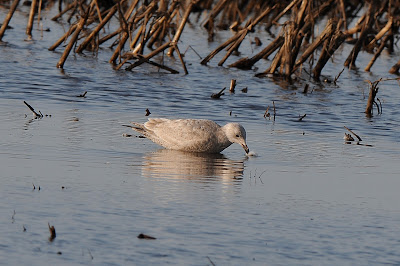 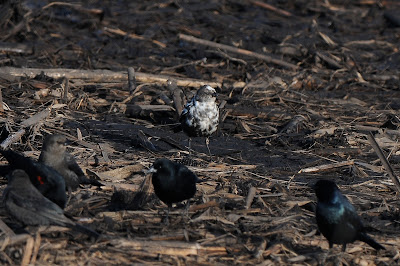 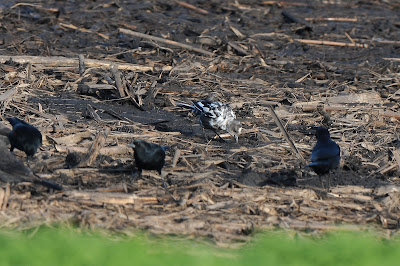 You're probably sick of me posting pictures of SANDHILL CRANES standing out in the fields.  Well, that won't be a problem anymore considering most of the cranes I saw were doing this: 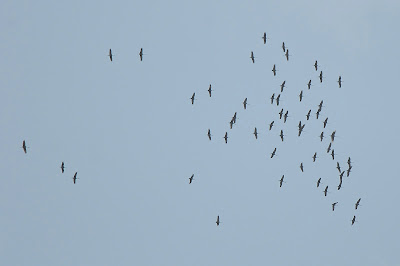 (They were all kettling really high up and taking advantage of the sound winds to push them northward. I wouldn't be surprised if every crane is gone from the Delta within a week.
Overhead, many of the SNOW GEESE seemed to be heading out as well (although we know there are still many hundred in the Delta): 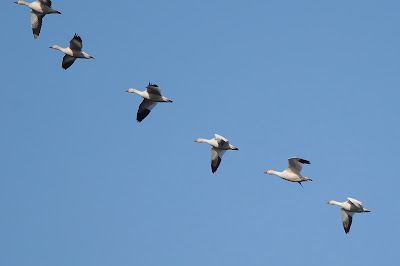 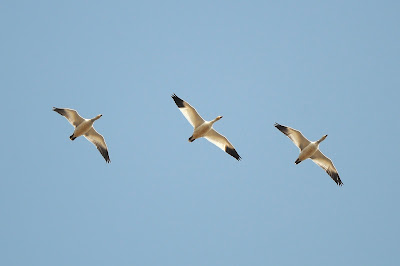 Here are some blue-phase SNOW GEESE, the much rarer phase here in the Central Valley: 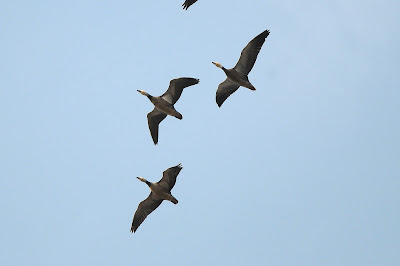 I heard a familiar sound overhead and realized it was my first CLIFF SWALLOW of the season: 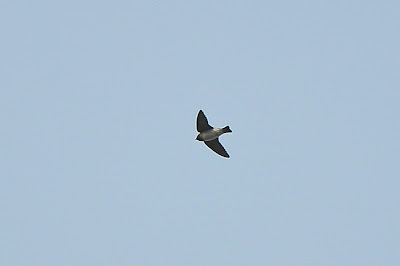 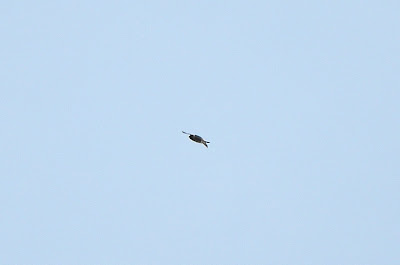 And yes, keeping in line with all my other Staten posts, I took some pictures of the RED-TAILED HAWKS in the area: 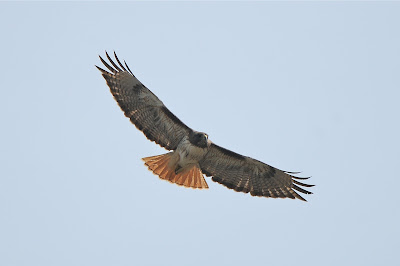 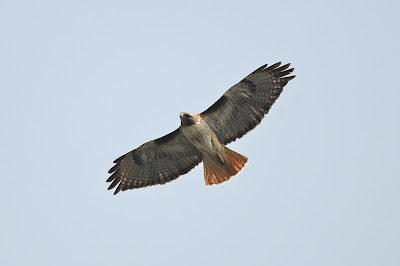 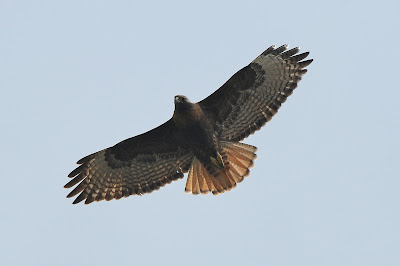 Last but not least was this BURROWING OWL, a fairly widespread valley inhabitant although never very common in this area: 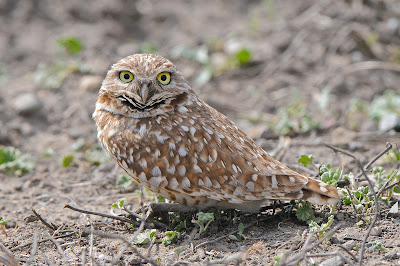