We birded a couple of marshes in Boone, Greene, and Guthrie counties.
Among the usual suspects at Harrier Marsh, I had my first BARN SWALLOW of the spring.  Also, this NORTHERN SHOVELER among the many waterfowl species present: 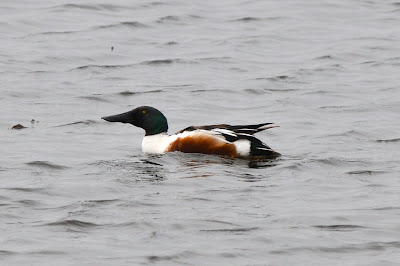 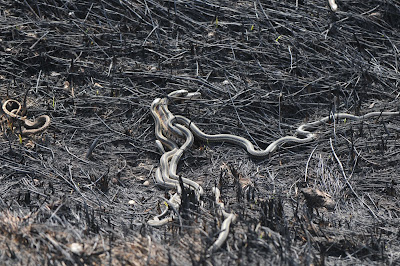 Also at Snake Creek Marsh was this LE CONTE'S SPARROW, my first spring LCSP in Iowa.  Unlike fall LCSPs, it was extremely wary and difficult to view: 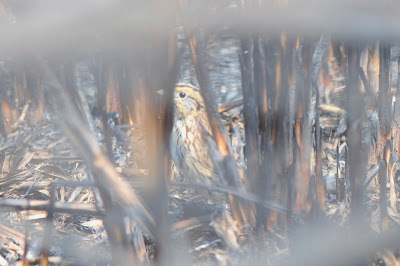 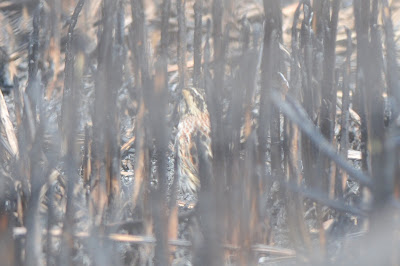 Here is an AMERICAN WIGEON shortly after taking off: 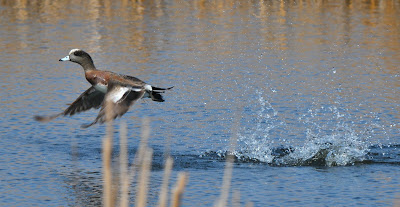 In a burned area of Dunbar Slough, we found 18 AMERICAN GOLDEN-PLOVERS:

Also at Dunbar Slough were 35 SMITH'S LONGSPURS.  Here are some subpar photos of longspurs in flight: 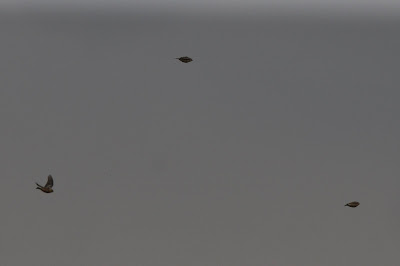 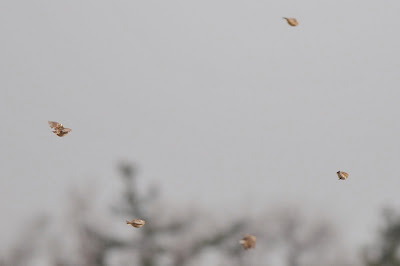 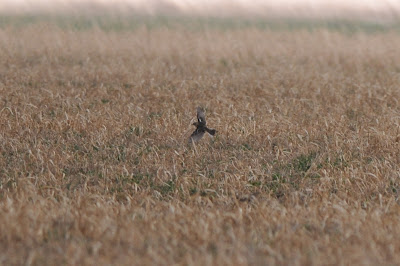 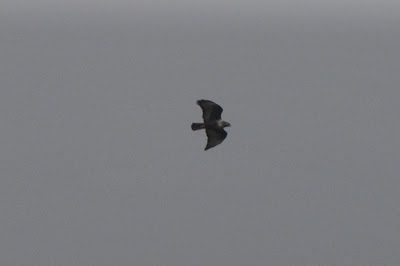 Here are some various (and dark) looks of some of the SWHAs: 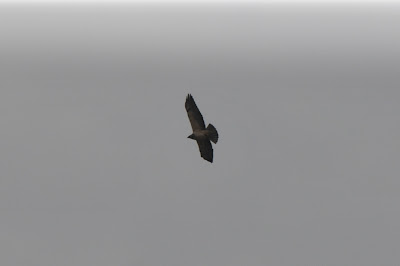 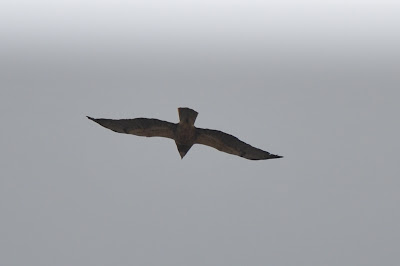 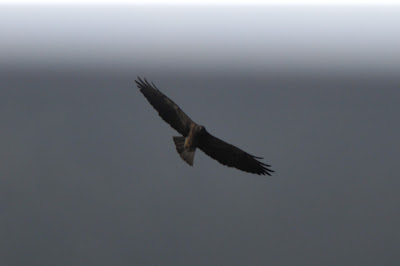 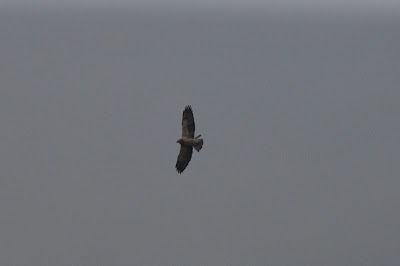 Many NORTHERN ROUGH-WINGED SWALLOWS and AMERICAN WHITE PELICANS were also on the move.

We kept an eye out for shorebirds throughout the day.  We ended the day with 9 species:


Back at home, 63 days after its arrival, the local HARRIS'S SPARROW apparently decided it was time to move north.

We still are hosting several PINE SISKINS and just within the last couple of days, CHIPPING SPARROWS have made their obvious arrival (there are 7 in the yard as I type).

Last but not least, there was a FIELD SPARROW singing outside this morning representing my 107th yard bird.  Later in the day, it came within view: 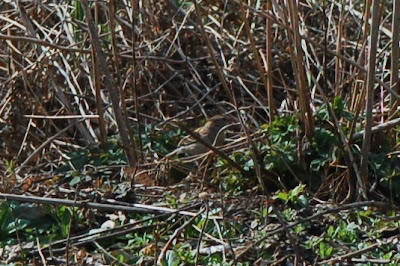 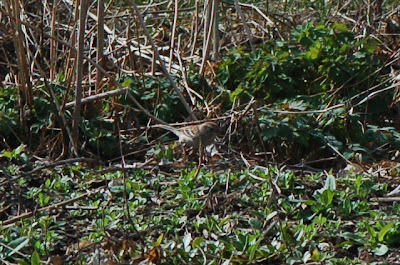