You might ask yourself if it's spring when you see these on the forest floor: 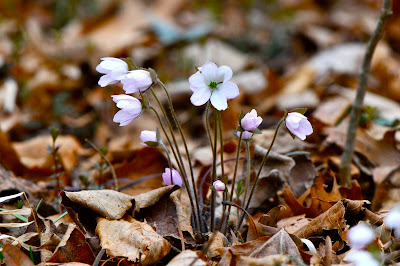 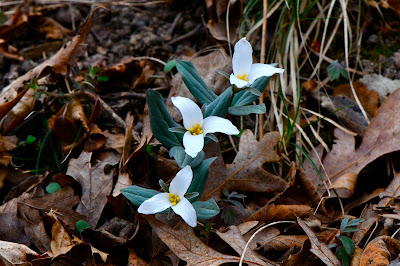 It's been too long since I knew my wildflowers.  I would have guessed that the top ones were SPRING BEAUTIES and the bottom ones are a type of trillium.

The first flycatchers have been back here in Iowa for sometime already, the EASTERN PHOEBE: 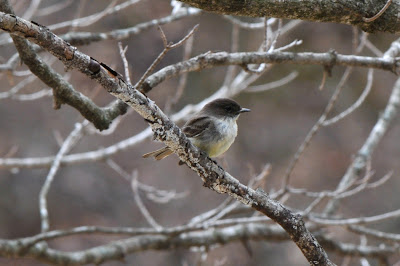 What's a SNOW GOOSE still doing in Iowa?  From the looks of it, flying around: 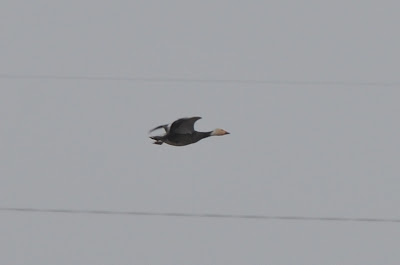 Believe it or not, Iowa DOES have a small population of GREATER PRAIRIE-CHICKENS down in the southern part of the state (they were reintroduced, btw).  Here are two distant males facing off: 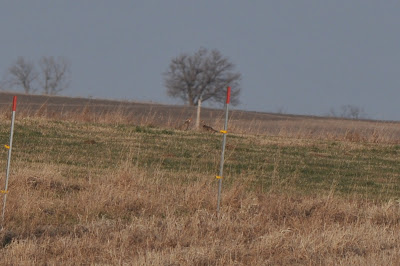 Before you get too excited about it being spring here, a reminder of winter was at my feeder today, a PINE SISKIN: 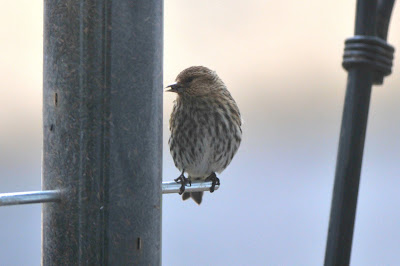 I don't often ask much of "my readers", but does anyone have a preference between the following two versions of the same photo???? 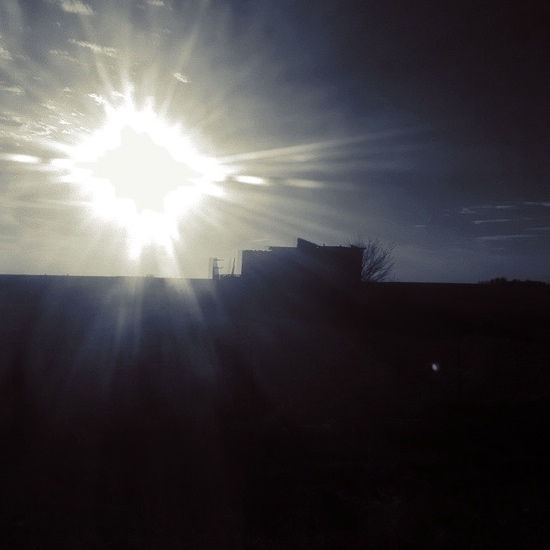 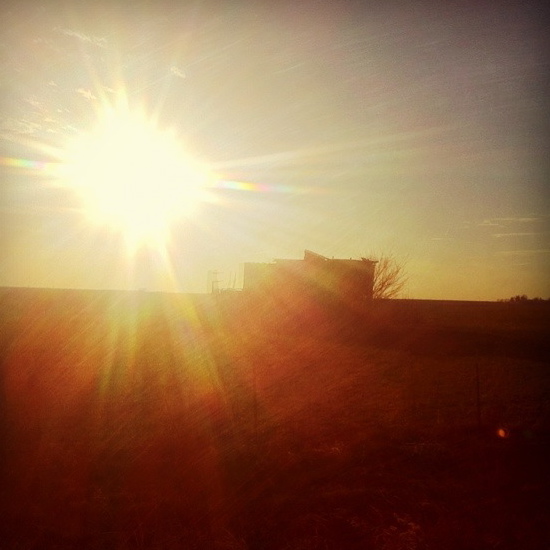