A priority of mine this spring was to see some HUDSONIAN GODWITS and WHITE-FACED IBISES.  This was fairly easy down at Riverton in Fremont County.  We found 3 ibis and this flock of 14 HUDSONIAN GODWITS: 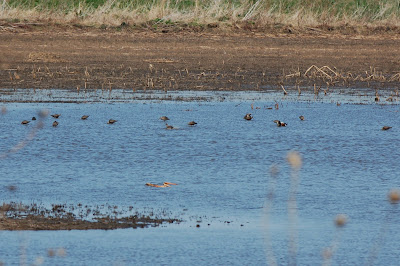 To add to our luck that day, we actually saw the elusive SNOWY EGRET at the interstate-pond that A. Brees previously found.
Another nice find by A. Brees was this CINNAMON TEAL at Dunbar Slough: 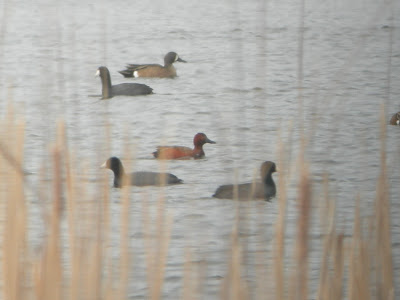 Dunbar Slough has provided in terms of SWAINSON'S HAWKS for me this spring.  My most recent trip over yielded three more.  Here is one: 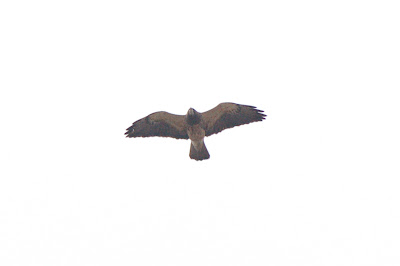 Back on 9 April I stumbled on a great field for SMITH'S LONGSPURS at Dunbar Slough.  Initially, Ashley and I found 35-40 but the flock has now grown to 70-100.  Easier to photograph in flight than on the ground, here are a couple of Smith's: 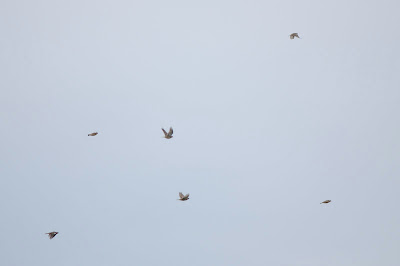 If for some reason you were lazy and didn't try the really reliable SMLOs found by A. Brees down at Errington Marsh, you should give the Dunbar field a check.  The field is shaded in blue:
View SMLO field in a larger map
Another recent find at Dunbar Slough was this MARBLED GODWIT: 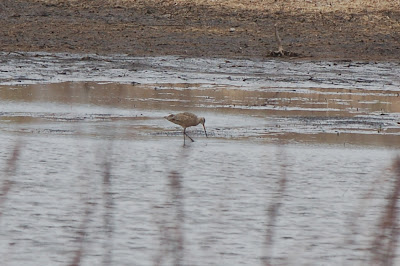 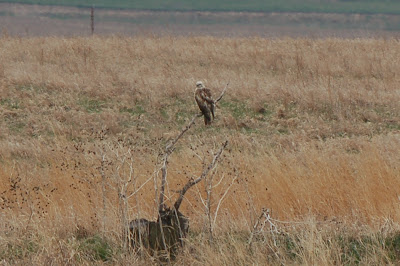 Some sightings from marshes closer to home like Snake Creek Marsh include BREWER'S BLACKBIRDS and this flock of 20 AMERICAN GOLDEN-PLOVERS: 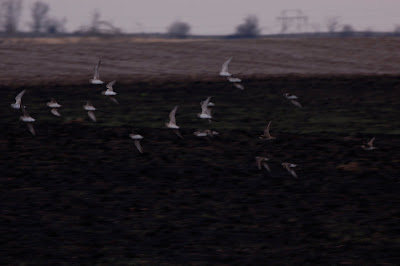 We chased a report of a BLACK-NECKED STILT southeast of Des Moines.  It took a little bit of effort but it eventually paid off when the bird came into scope view.  Unfortunately, the photographs were too distant to prove anything.  If you look just above the main/middle grassline, 1/4 of the frame from the left side is the stilt.  It definitely requires some imagination: 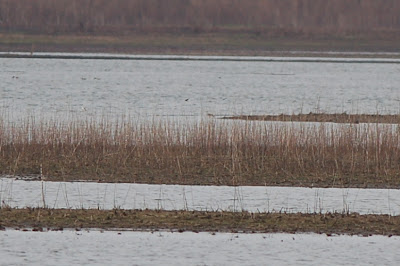 Snowstorms in April offer a unique chance to find open-country birds pushed to roadsides.  This happened recently in northern Iowa and I decided to take advantage of it.  It was quickly evident that there were TONS of sparrows and things along the snowy shoulders.  In order from the most common to least common, here were some of the roadside sightings:
American Robin
Vesper Sparrow
Killdeer
Brewer's Blackbird
Savannah Sparrow
Song Sparrow
Lapland Longspur
Dark-eyed Junco
Rusty Blackbird
Here is part of a LAPLAND LONGSPUR flock, the males in attractive breeding plumage: 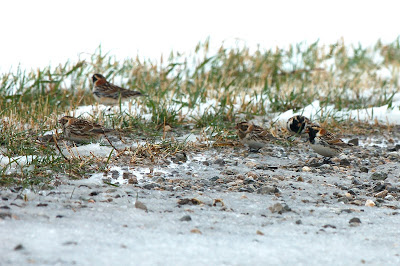 ... and here is an uncomfortable-looking AMERICAN GOLDEN-PLOVER probably wishing it didn't migrate so far north the night before: 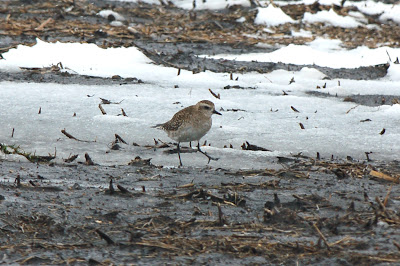