I still haven't caught up to December 2006... so this post will summarize the entire month of November from Tern Island!
Unfortunately, I had been on Tern for long enough that perhaps I didn't take pictures of everyday life as often.
The White Terns were still around though, including this pair in the evening light: 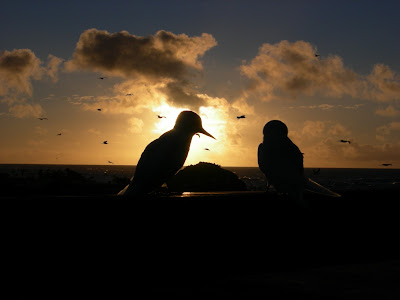 Here is a parent incubating its egg.  Note that former volunteers created a little clay/mud cup to help secure the egg.  Since White Terns lay their single egg on a bare branch or concrete, many roll right off: 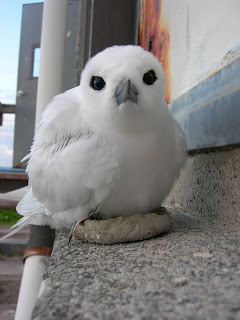 A bird that doesn't belong on Tern Island was this CATTLE EGRET that showed up.  The seabirds constantly mobbed this thing though (which is a good thing since Cattle Egrets will eat chicks and eggs): 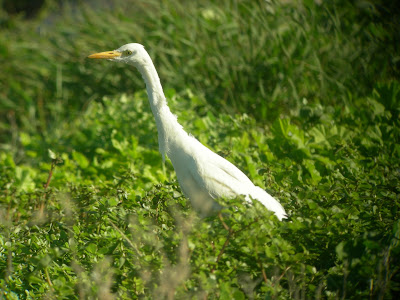 As I mentioned before, the albatrosses have come back in force now.  Here is a BLACK-FOOTED ALBATROSS stretching its wings.  It may be hard to imagine this... but that wing span is about 7 feet wide: 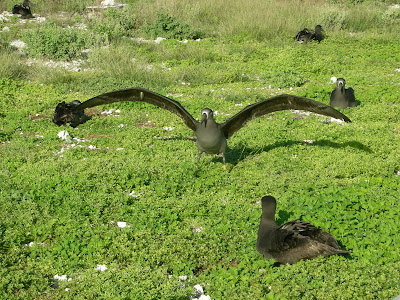 Watching albatrosses "dance" is really quite the neat experience.  Dancing is a big part of their pairing rituals.  If a bird doesn't dance, it doesn't mate.  For years I had seen footage like this on BBC shows and such... but now I could sit and watch this for myself: 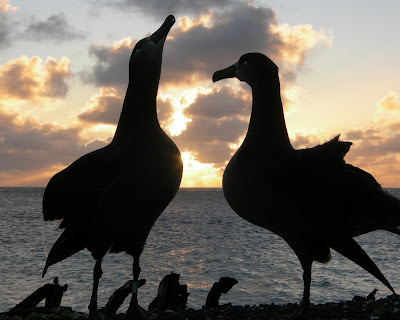 The LAYSAN ALBATROSSES are back now as well.  They are slightly smaller with smaller bills, paler breast and head, and pale bills.  Here is a pair, obviously quite fond of each other: 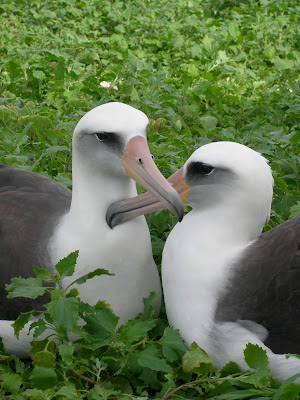 If I haven't mentioned it before, the seabirds here are fearless.  Not only did I get hit in the head a couple times by passing albatrosses that were unaware of how big their wings really were, but I could snap a picture of birds and only get a responsive stare: 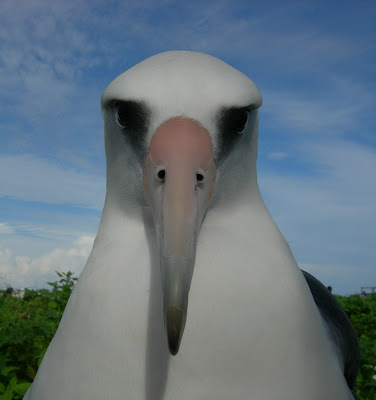 Maybe it was the fact that I had been on Tern Island for over a month or two by now, or maybe I just wanted a picture that LOOKED like I lived in a place with trees.  Here is a sunset shot including one of the few trees on the island (and some bushes on the right): 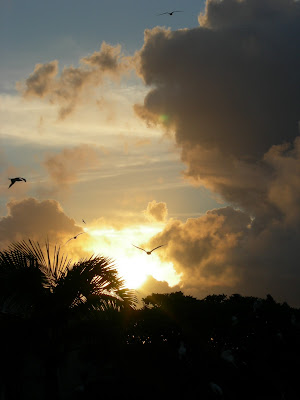 Likewise, it was then that I started taking more abstract photos, including this one in my bedroom: 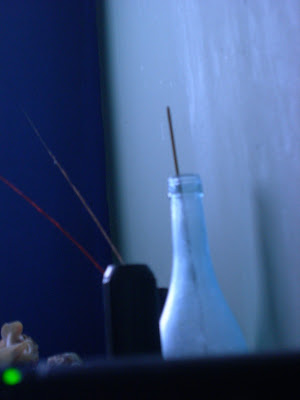 In the previous post I mentioned Tristram's Storm-Petrels and how they nest in burrows and boxes here on Tern.  Well, part of our work was to monitor all the nest burrows on the island.  How do you do that?  Well, with the night-vision burrow-cam, of course!  Here I am sticking this narrow, tube-like camera down a burrow while watching on a special set of monitor-glasses (with my head in a pillow case so that I  can see).  As I sat there moving this camera further and further in, all I would see is a black-and-white image of what the camera was seeing.  If we were lucky, I'd hold the camera steady and there in the back of the burrow would be a bird incubating an egg or even a chick!  This was likely my favorite work activity on Tern: 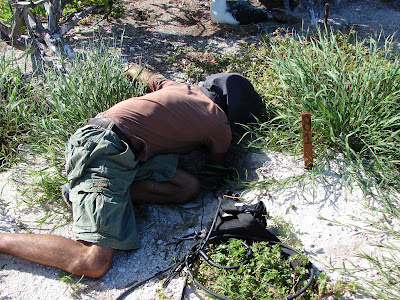