I have fallen behind in updating my blog from 4 years ago... how much worse can I be?  Alas, I'll try to make up some ground by including pictures from the remainder of October 2006.

One thing that stood out about this period of October were some rarities that started to show up.  Being such a tiny speck of land in the middle of a very vast ocean, it was a fairly attractive spot for lost birds...

Here is a NORTHERN PINTAIL that showed up a stones-throw from our house.  Note that it's sitting in the only freshwater available on the island; a puddle on the catchment pad!  The bird went missing after a day or two; hopefully it made it somewhere it was supposed to be. 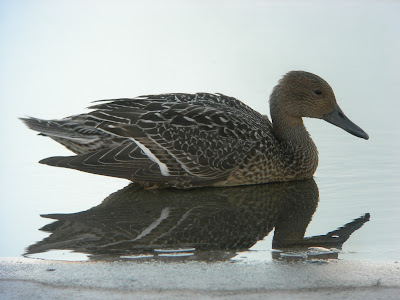 Some neat shorebirds also made appearances.  Here is a SHARP-TAILED SANDPIPER.  This species is actually Asian and very rare in the lower 48 states.  However, Hawaii gets several of these each fall so it was not that much of a surprise.  We ended up seeing 3-4 different ones. 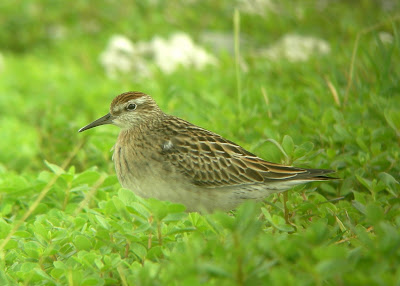 Another shorebird that showed up was this DUNLIN.  We only saw this one individual the entire fall: 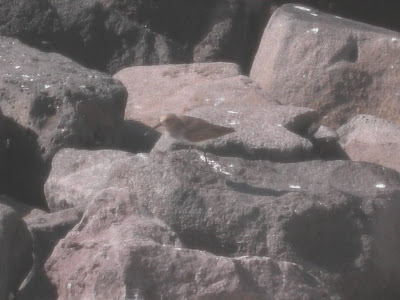 Perhaps the rarest bird we found on Tern Island during our entire stay was this BUFF-BREASTED SANDPIPER.  Although they breed in Alaska, they migrate through the central part of the US, not the west coast.  Clearly this bird was VERY lost and I believe Hawaii had fewer than 5 state records: 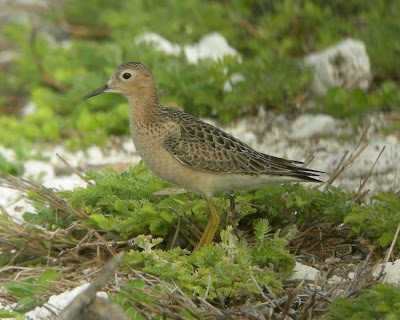 These guys were the opposite of rare, the numerous WEDGE-TAILED SHEARWATERS that nested on the island: 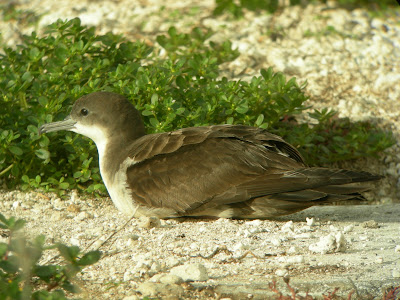 A personal highlight for me during my stay on Tern Island was getting to watch BONIN PETRELS.  These are very rare or nonexistent in the lower 48.  However, Tern Island hosts many breeding pairs every year.  These birds come to Tern Island only under the cover of nightfall (a nice way to be sneaky).  One night I wanted to see if I could find some of these petrels.  I remained very still as nightfall came over the colony and pretty soon, I could hear and even feel the wingbeats of this rarely-seen species.  Bonin Petrels rarely see humans and are thus very tame!  A quick click of the flashlight reveled one at my feet: 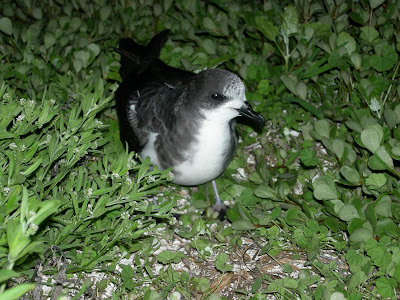 ... and here is a look at one scurrying around on the ground, checking out holes for potential nesting spots: 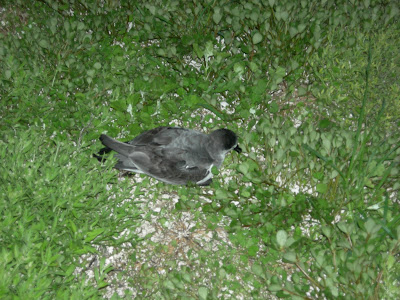 Another thrill for me were the TRISTRAM'S STORM-PETRELS that nested on Tern Island.  In fact, we had buried nest boxes for these rare seabirds (which they use!).  With easy-open lids, we were able to check which boxes had nesting birds and which didn't.  Here is a quick glimpse into one of the boxes: 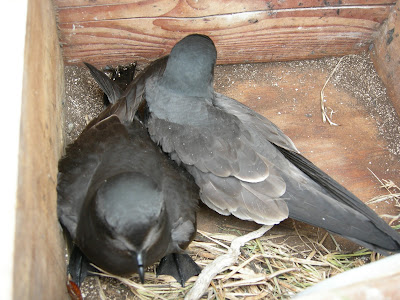 Another exciting event was the arrival of the first albatross!  Although the island was soon to be inundated with Black-footed and Laysan Albatrosses, here is the first BLACK-FOOTED ALBATROSS that arrived: 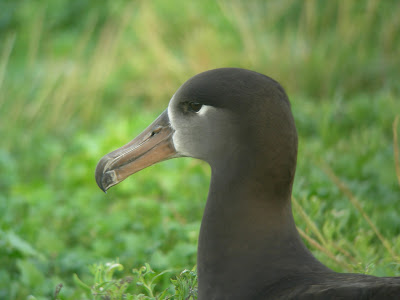 At this point in the season, I would often take my spotting-scope to the corner of the island and scope for passing seabirds.  I couldn't help but to snap a few pics of some rough seas to the north one evening: 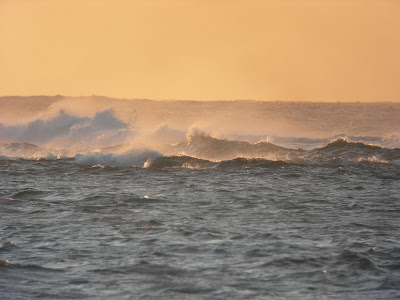 Another thing I spotted while scoping was this vessel, something we definitely didn't see very often.  I forget now, but it may have been the NOAA vessel that was conducting some tests nearby: 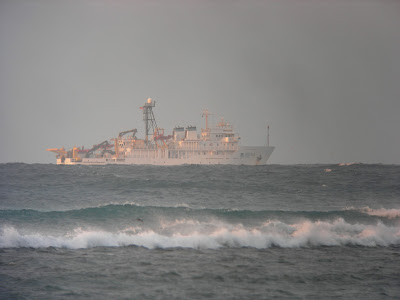 Here is proof that I scoped seabirds once in a while.  And yeah, some music went a long way in helping me maintain sanity: 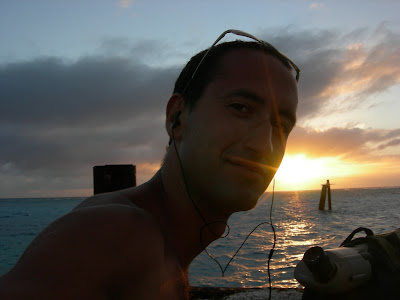 And lastly, more and more BLACK-FOOTED ALBATROSSES started showing up as the month came to a close.  Here is a different albatross that recently arrived: 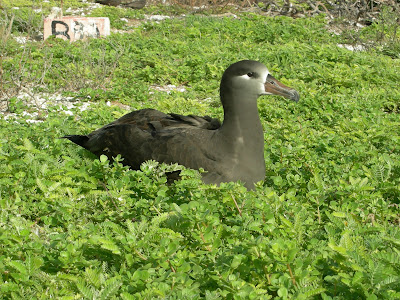