Still trying to gain some ground, I'll show pictures from the first third of October, 2006.
I realize I haven't shown much of our living quarters on Tern Island.  Well, here is a black-and-white version of some of our living room.  We also had a TV off to the left.  With no cable or anything, we used it only for watching movies.  You can also see the corner of the ping-pong table. 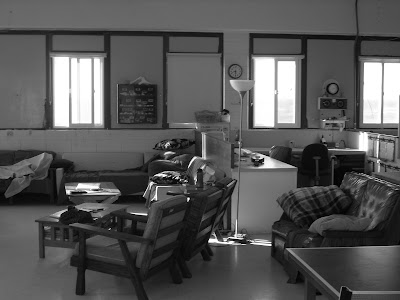 This view shows our table and chairs and also the ping-pong table.  Here Jeff is clearly either playing ping-pong by himself or trying to juggle paddles: 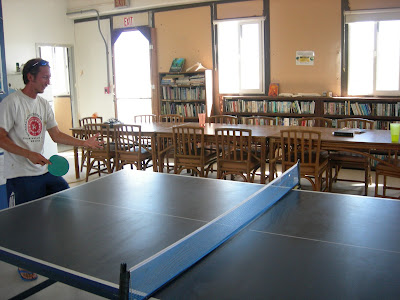 I'm not sure how exactly it came about, but this scary scene being drawn by Jeff is supposed to be me prior to an imminent frigatebird and shark attack: 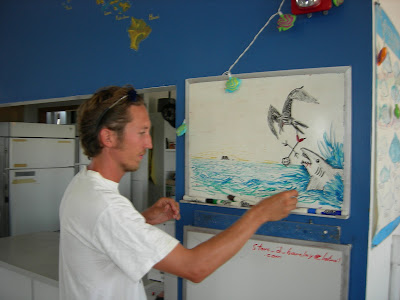 We also had a pool table in the living room area.  I greatly improved my pool skills (which didn't take much considering I don't play!) but also used it as a "I'm bored" photo opp. 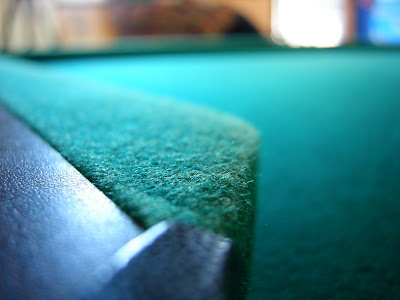 Speaking of being bored though (shame on me, right?), this was probably my "bored look" on Tern... always with sunglasses.  It was also a great place to enjoy the sun, I didn't touch a single t-shirt for 2 months straight: 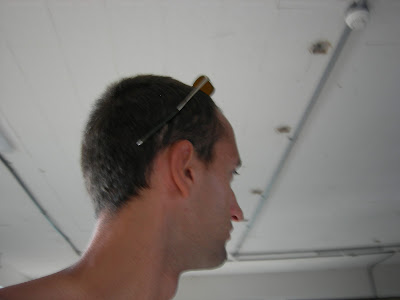 Out from our living quarters is a deck with a table that overlooks the "courtyard".  You might notice in the lower left corner of the picture how the building is raised up off the ground.  This gives the many shearwaters plenty of bare ground to wander around (although I'm sure this wasn't the real reason to have the building up off the ground).  Many of the Wedge-tailed Shearwaters nested under the building and thus, the midnight wailing would commence: 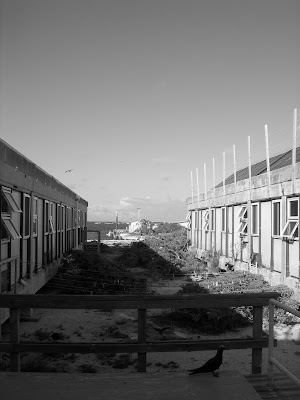 In the courtyard is a shaggy little pine.  Here you can see the BLACK NODDIES and a WHITE TERN perched in it: 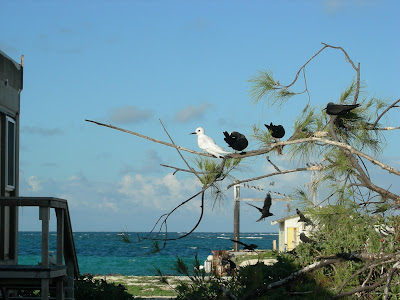 I may have mentioned how the WHITE TERNS will nest anywhere with a ledge of any sorts.  Here is one that is incubating its egg on a cement ledge: 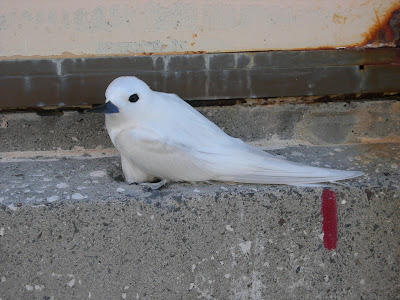 I tried snorkeling again.  Although I never got pictures of any of them, we did see sharks but mostly Reef-Sharks, small little guys that weren't ever aggressive.  For some reason, I can never remember if we were seeing Blacktip or Whitetip's.  Anyway, here is proof that I actually did snorkel again: 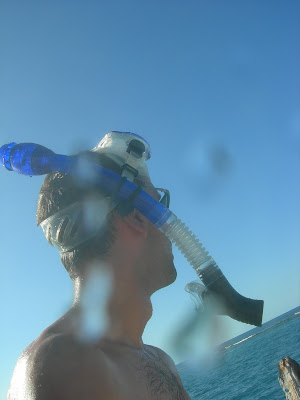 ... and a really crappy underwater photo!  I suspect this guy is another Convict Tang: 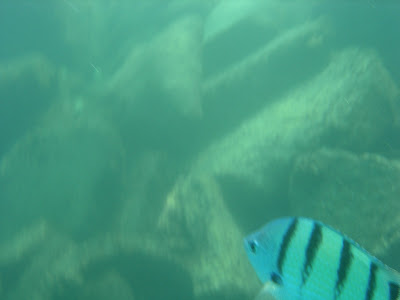 La Perouse Pinnacle was visible in the distance from my bedroom window.  Upon a closer look (we boated out to it a couple times), you can see the whole thing is covered in bird droppings.  This constant bombardment of nutrients from the poop have actually created some pretty interesting environmental conditions on the rock and also below it: 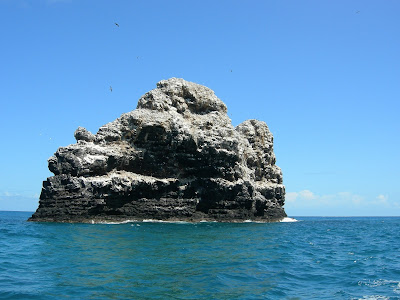 Here are some interesting things about La Perouse:
* It stands 120 feet tall.
* It is the oldest volcanic rock in the Hawaiian islands.
* Scientists have found several new species to science on this one rock!
Back on land, about this time in the season one can expect most of the tropicbirds to have hatched.  Here is a spunky RED-TAILED TROPICBIRD chick peering at me from underneath its bush: 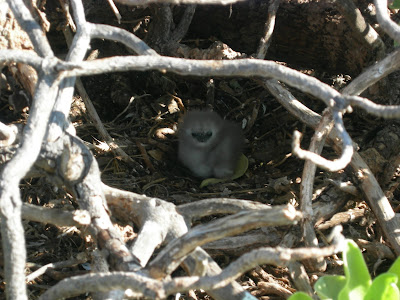 And if you haven't had your share of BLACK NODDIES by now, here is another look.  Pretty long bill on these guys, huh? 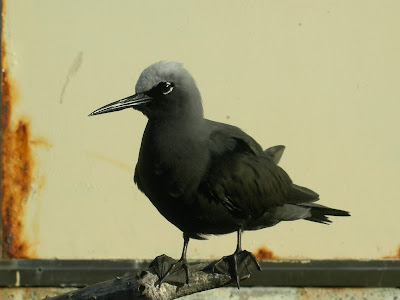 Many evenings I would wander up to this rigging and scope passing seabirds: 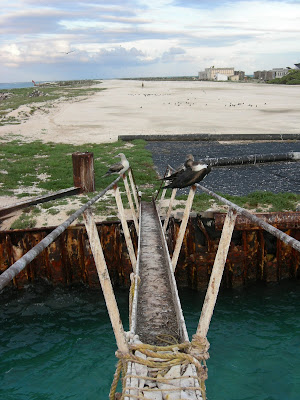 Here are some of the sunsets, of which there were many: 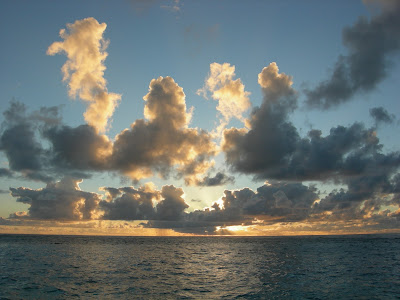 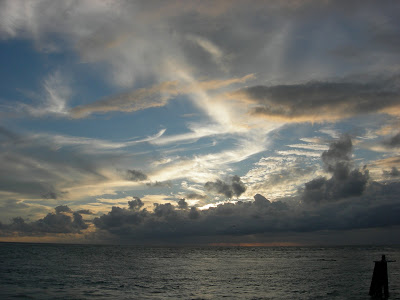