Spending the weekend in southeast Iowa and northeast Missouri, Ashley and I had a chance to stop a few places that we don't usually get to. Below are several butterflies we encountered in Lee County, Iowa.
First is a Little Wood-Satyr. I'm no expert, but this looks to be the "Viola's" form. Any thoughts? Is the Viola's form expected in Iowa?
No one can complain with Red-spotted Purple's flying around either:

It was a good morning for Emperors as well. This is a Tawny Emperor (it later flew up and even landed on Ashleys arm):

And here is a Hackberry Emperor:

Perhaps one of the dullest species encountered today, this is a Horace's Duskywing:

Definitely one of the more noticeable species this morning were the Great Spangled Fritillaries. Here is one of the many we saw:

Turning to birds, southeast Iowa has great habitat for a variety of southern species. We had several species that we hadn't seen in central Iowa yet. Things like Wood Thrush, Yellow-breasted Chat, and Worm-eating Warbler. For example, here is a (bad) picture of an Acadian Flycatcher: 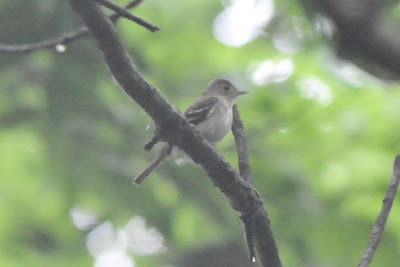 Another species we were after was the Hooded Warbler. We found a couple: 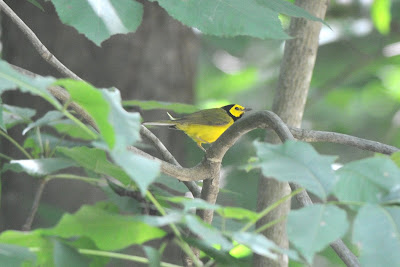 And lastly for this batch of photos, even a Scarlet Tanager came in for a closer look this morning: 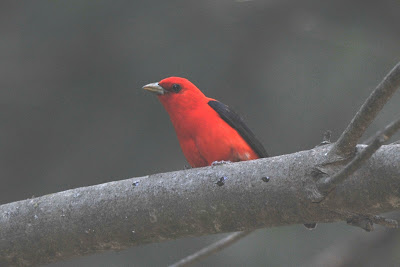