Looking back, I realize it's been more than 2 months since my last post!  Yikes.  Here are a few photos from the remainder of August... after that I'll try to catch up with photos from Oregon.

So yeah, I was home for the first half of August and, even though the weather here in Missouri has turned decidedly cooler now, it was still full-on summer back then.  I spent more time photographing things on the property then too including this SNOWBERRY CLEARWING, a species of moth: 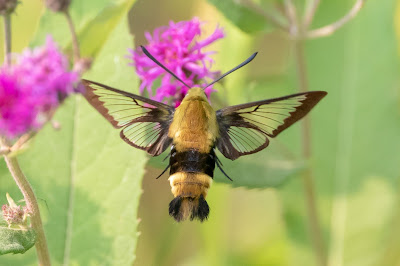 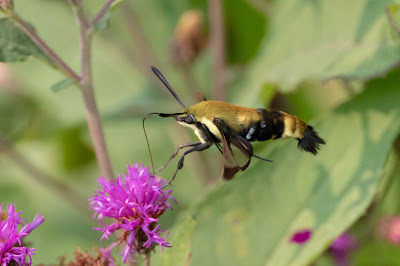 I also snapped a picture of this ALDER FLYCATCHER on the property then as well.  Even though they don't breed here, they don't breed too terribly far to the north and this was probably just an early migrant: 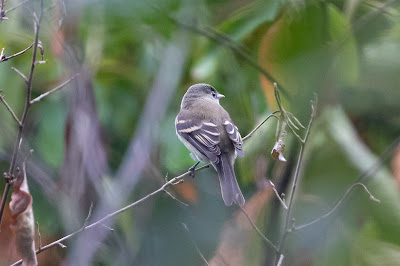 Even though I'm not sure what kind of robber fly this is, it's one of the HANGING THIEVES: 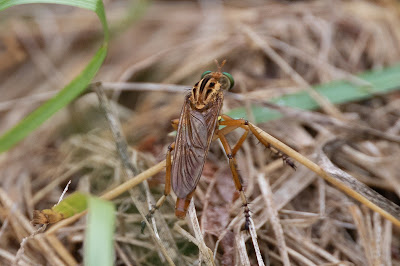 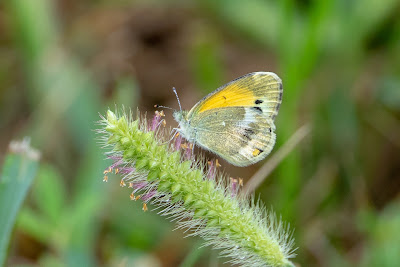 In the dragonfly department, I managed to find this BLACK SADDLEBAGS when it was actually perched: 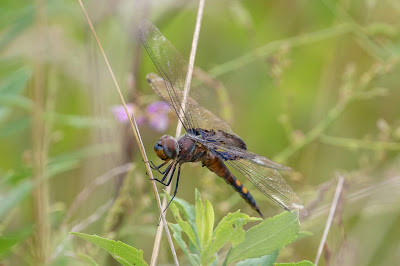 Not a common butterfly around the house most of the summer, this is a COMMON SOOTYWING: 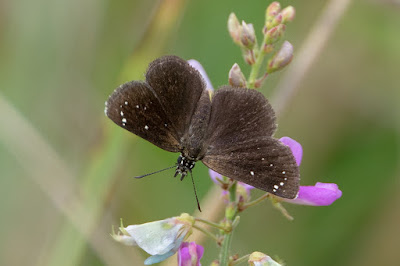 One of my favorites, this JUNIPER HAIRSTREAK was here on the property as well: 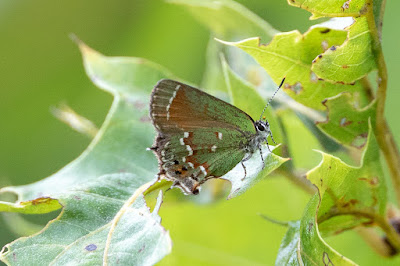 Before too long, it was time to head out for my next batch of travel.  Instead of going to a tour though, all of the Field Guides staff was meeting up in Portal, Arizona for our annual meeting.  So, off to AZ I went.

I tried to spend some time outdoors away from the hustle and bustle and ended up snapping photos of quite a few things, most of which I uploaded iNaturalist.  Here's a HACKBERRY EMPEROR: 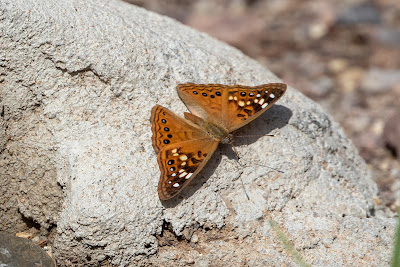 This ARIZONA WOODPECKER sure posed nicely right next to our porch.  Photograph it?  I don't mind if I do! 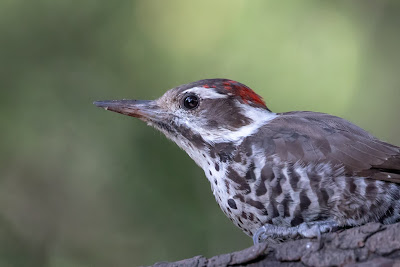 Of course, this ACORN WOODPECKER had to get in on the action as well: 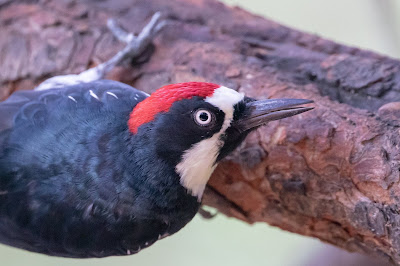 In the mammal department, there was this Harris's Antelope Squirrel on the driveway: 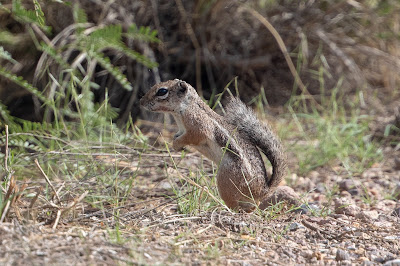 ... not to mention this BLACK-TAILED RATTLESNAKE tucked in a rockpile nearby: 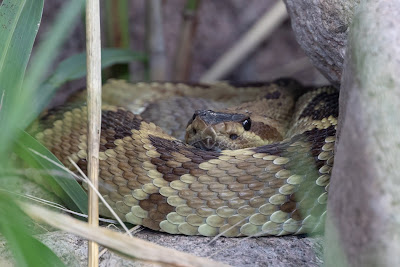 Portal is a lovely spot though.  Meeting there in August assures us of getting to experience the monsoons during the afternoons.  Here you can see the clouds building, as they do most days, up the canyon: 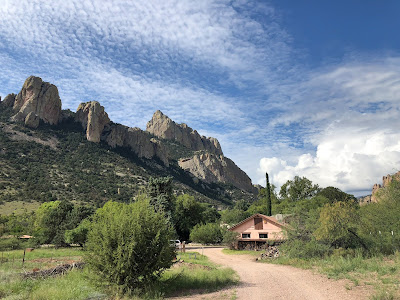 But after our meetings concluded, I wasn't heading home.  Nope, I was headed to Oregon where I was to guide two back-to-back tours!  My next post will be rich in photos from farther west, I assure you.
Posted by Cory J. Gregory at 10/12/2018 04:57:00 PM