After the back-to-back tours of Maine, Alaska, and Newfoundland/Nova Scotia this summer... I've been enjoying a bit of a break back home in northeast Missouri.  That means updating the blog, heat, humidity, cicadas, insect photography, and many visits to Busch Stadium for St. Louis Cardinals baseball: 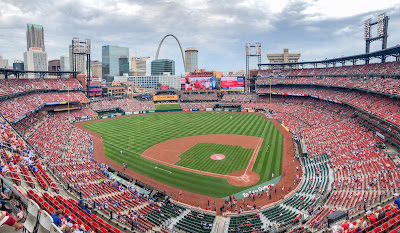 And yes, I actively eBird from all the games as well.  Like this checklist, for example.

We're already seeing some birds heading south because, well, it's August and that means migration!  Although a potential breeder from nearby, this ORCHARD ORIOLE was a nice species to see on the property and it's one I don't see here very often: 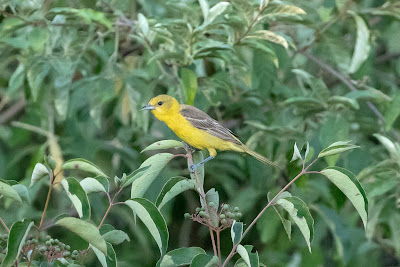 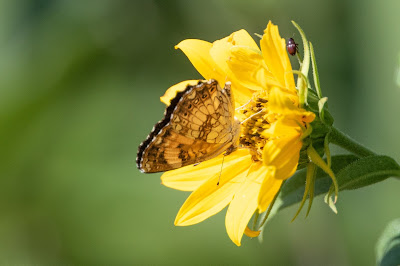 This is a GRAY HAIRSTREAK, the most widespread species of hairstreak in the US: 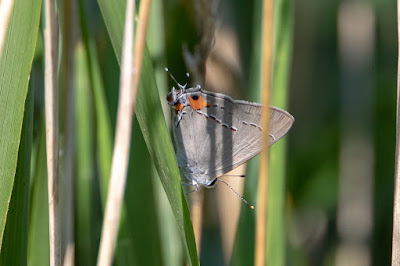 Often sticking to more shaded areas on the property, this RED-BANDED HAIRSTREAK is one of my favorite species around the house: 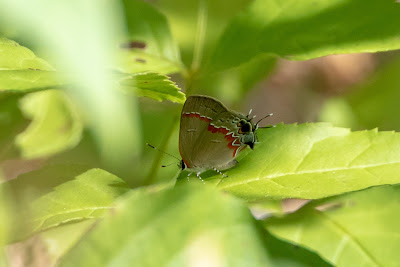 Switching to dragonflies for a bit, there are plenty around including this BLUE DASHER that performed well with nice light: 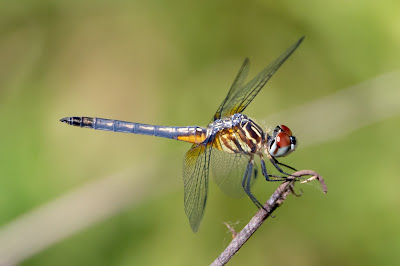 I also really like the EASTERN AMBERWINGS, a tiny dragonfly species: 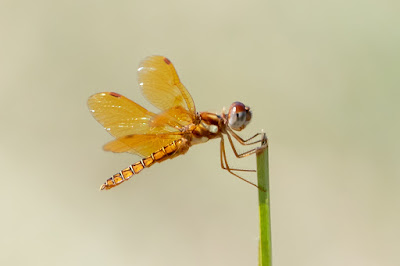 Here's a COMMON GREEN DARNER on the wing: 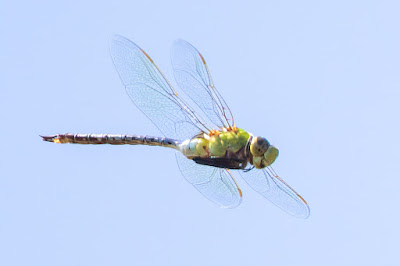 Thanks to a new obsession of mine (inputting all my non-birds into iNaturalist), I'm now able to actually find out the identities of various insects.  For example, this is a LARGE MILKWEED BUG... a huge surprise that I found it on milkweed, eh? 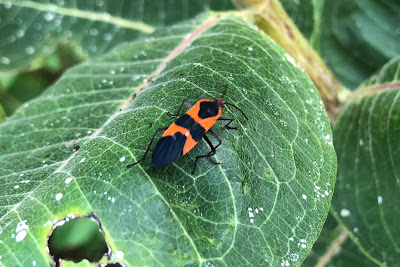 What I didn't know is that these are highly migratory!

As I mentioned, I'm trying to ID more of the other insects around but it's been slow going since I have no background in that.  Thanks to friends and the help of iNat, I now know these are INDIANA ROBBER FLIES that have paired up below: 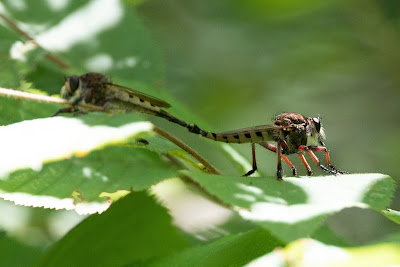 I also used iNaturalist to figure out that this is a SOUTHERN LEOPARD FROG: 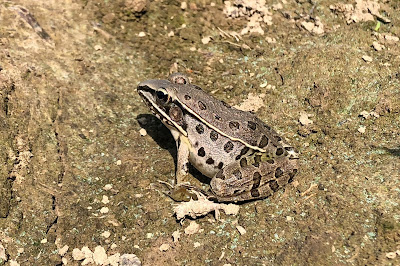